An era ends tomorrow evening, Sunday, when Andy Rooney delivers his final curmudgeonly video essay on the CBS News program, 60 Minutes. He is heading off into retirement at age 92.

He is one of the oldest personalities still active on American television. Others include Betty White, Larry King, Cloris Leachman and several more you can read about in this story. (Hat tip to Jan Adams)

NUMBER OF CENTENARIANS COMES UP SHORT
Back in 2005, the U.S. Census Bureau estimated that by 2010, there would be about 114,000 people older than 100. Well, oops. The actual number is less than half that: 53,364 the census bureau recently announced.

”...some demographers and researchers say the century mark may just be tougher for humans to reach than previously imagined.

“'The likelihood that we will continue to increase the proportion of centenarians is not great, not at all,' Leonard Hayflick, a professor of anatomy at the University of California, San Francisco, said in an interview. 'It’s probably contrary to most people’s thinking because of the hype that has grown up around this field in the last 20 years.'

“Hayflick, 83, challenged the notion in 1961, when he discovered what is now known as The Hayflick Limit — that cells age as they divide only a fixed number of times.”

You can read more about the failed prediction here.

CENTENARIAN PHOTOS
A lot of information about centenarians this week. Lilalia of Yum Yum Cafe sent along a link to a series of photographs of people who are at least 100 years old. This is Hildegard Grimmert born in 1910. 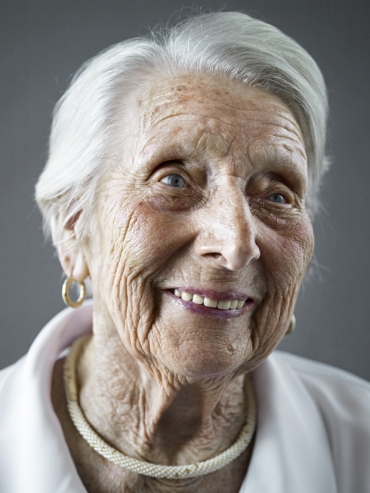 The photographer is Karsen Thomaehlen whose goal in his series is to show how beautiful age can be. There are more gorgeous photos of centenarians here.

JON STEWART'S COMIC INFANCY
Okay, not quite infancy, but this clip reel from 17 years ago shows a much younger, much sillier Jon Stewart and it's great fun to see him in training for the grownup political satire show he now presides over at Comedy Central.

SAUL FRIEDMAN IN AGE IN ACTION
The Virginia Center on Aging at Virginia Commonwealth University publishes a quarterly magazine, Age in Action. For the past year, they have published some of Saul Friedman's columns that originally ran on this blog before his death last December.

“Small Miracles” from Saul can be found in the the latest edition of Age in Action on page 14 [pdf].

WHO KNEW A CAT COULD DO THIS
Cats are amazing, but this? Take a look:

THE PETS WE LOVE – SO MUCH
Before there was Ollie the cat who has been my roommate for about seven years, there was Beau Bennett who was my best friend for almost 20 years. This is him when he was about a year old in 1978: 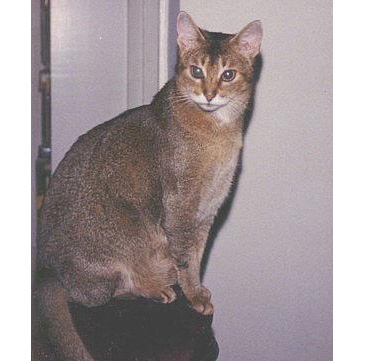 Fifteen years ago, he died in my arms on 29 September and last Thursday, as on that date every year since 1996, I lit a candle in his memory. Taking nothing away from Ollie, I will never forget Beau.

On that anniversary day last week, I ran across a story from a book, Going Home: Finding Peace When Pets Die by Jon Katz about the last perfect day of an ailing border collie named Duke.

When the vet told the dog's owner, Harry, an Iraq veteran, that it would not be long before Duke died, Harry promised his friend a perfect day.

”He would take the day off from work and create a sweet memory with his dog. It would be a special day, filled with all the things Duke loved most, as close to perfect as Harry could make it...

“Eventually, they came to a stone abutment with a beautiful view. Harry walked over to the edge and sat down. Duke clambered out and curled up beside him. It was a gorgeous afternoon, and the wind ruffled the dog's hair. Duke held his nose up to the wind, picking up the scents of the earth...

“They sat together for nearly an hour, enjoying a bond of complete understanding and affection. If only the world could stay like this, Harry thought, this simple, this good.”

Go read the whole thing. You will be happy you did.

It was fun to run Google "Translate" on those wonderful photos of centenarians. I wonder if there's any significance that the oldest person, a beautiful 109 year old woman, never married, but devoted her life to caring for children.

My ex-MIL will turn 100 next July, we hope. She's also a beautiful lady. A big family party is planned.

Is there an undeclared protocol that a clever/cute cat video must be included in I.S. on Saturdays? I hope so. I admire cats, though I've been catless for over 25 years. Thinking about it, though...

Thanks for the reminder of Saul Friedman & the chance to read that article again.

The best cat I ever had, Fats, died about the same time as your Beau Bennett. It was over 10 years before I could bring myself to adopt another cat but during those years, inspired by Fats, I fostered dozens from the local shelter.

My great-grandmother on my mom's side lived to be 106, her daughter died at 104 but Mom only made it 84. She smoked most of her life and her death was due to emphysema related causes.

Loved the story about Duke the dog and his keeper. I too had to put an ailing Golden Retriever down because of age and heart worms. I was also able to get closure the day before by spending most of the day with him, even weeping as we lay on the living room floor listening to some music.

I'd forgotten how much fun Jon Stewart's silliness was, I kind of miss it. And I enjoyed the pictures of 100+ faces, couldn't help but look hard to see where my face might be going. A lot of life is recorded there. One of my relatives made it to 100, on her feet up to the few last months. Got my fingers crossed, at least hoping for the one my feet part.

Tarzana...
Yes, it has developed that there is a protocol for a weekly cat image or video.

I keep a document called "IS (Interesting Stuff) Running List" where I store links and information about possible upcoming items to include. At the top of that list is a permanent notation, "Obligatory Cute Kitty."

I didn't intend this to be so; it just works out that way.

This post has much that is bittersweet; the picture of Beau Bennett (So handsome), the Jon Katz book and video, and even the story that Andy Rooney is retiring.

Those of us who have lost beloved pets can identify with Harry and make us wish we had given our dear friends a perfect day. It is truly inspirational. It is also a good thing to do for our living friends.

The young Jon Stewart livened things up a bit so the tears didn't fall. And the cat that climbed a wall was unbelievable.

Oops. I meant to say our human friends.

Those photos of the centenarians ... wonderful!

Enjoyed watching Jon Stewart in his silly days (what fun), and the climbing cat. To the cat, going up the rough-finish wall must have felt a lot like climbing a tree.

I notice the cat went up the corner, like it was climbing a tree, but I sure didn't know they could do that! And the centenarians are fantastic. Thank you for showing that picture of Beau, he really was a very handsome devil. :-)

Thanks for cat video. My cat used to do that even carrying dead mice and birds with her, long before we had video cameras though!

I've been a Jon Stewart fan since he was silly; I liked him then, but I love him now. I jokingly refer to him as my second husband. (I'm still married to my first, so Jon will have to wait.)

The centenarians are wonderful. My mother made it to 98 - and was active and independent until 96.

The Duke story made me teary. I have two dogs and know the day will come. The problem for me will be overcoming my grief to really focus on that last day. This seems to be one of my "issues" on important days.

I loved the picture of Beau. I am also a cat person. They have been my companions and friends when there was no one else and even when there was. I grieve for every one of them. Even the ones long gone. Loving a companion animal has (like everything else in life) pluses and minuses. The love and companionship and the grief when they leave us. I must be a sucker for it as I currently have six - each one precious. They are all getting older now(teens)and I dread the loss but continue to enjoy the daily antics and joy they bring.

I love reading your blogs. I really hate to see Andy Rooney go. He has such a dry sense of humor. The picture of the cat is great!