The Weight
Street Fighting Man
Voodoo Child
Hey Jude
White Room
Sympathy For The Devil
Lady Madonna
Jumpin' Jack Flash
Ob-La-Di, Ob-La-Da
All Along the Watchtower
Yummy Yummy Yummy, I’ve Got Love in my Tummy
While My Guitar Gently Weeps
In-A-Gadda-Da-Vida (yeah, as if I’d play that one)

None of which will be featured here today.

This is the last song OTIS REDDING recorded and it was his biggest hit. He wasn’t to know that. 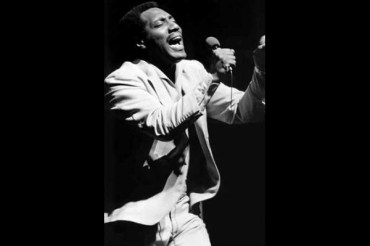 Otis had recently performed at the Monterey Pop Festival to great acclaim and he was back at Stax to record a song he’d written with Steve Cropper. It’s claimed that Steve had written a rap that Otis was to speak as the song faded. Otis forgot the words and whistled instead.

Another version is that he whistled as a substitute for a sax solo that would later be recorded. Whichever is the case, they decided to leave it as it was. A good decision, what a fine track it is. Here’s (Sittin' On) The Dock of the Bay.

In spite of its name, FLEETWOOD MAC was started by guitarist Peter Green. 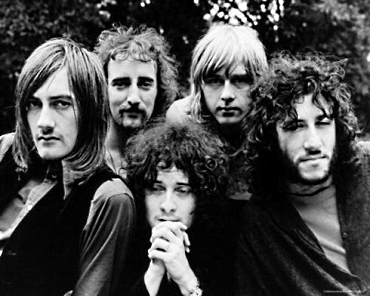 Its initial incarnation consisted of Peter, Mick Fleetwood, Jeremy Spence and Bob Brunning. After a few weeks, and by the time this record was released, Bob had been replaced by John McVie. Later they also added Danny Kirwin.

The band at that time was mostly blues oriented but this tune is different from their normal output and is very atmospheric and one of the best rock instrumental tracks ever. Albatross.

Okay you boys in the back row; that’s enough Monty Python impersonations for the present.

HERBERT KHAURY was born in 1931 in New York. 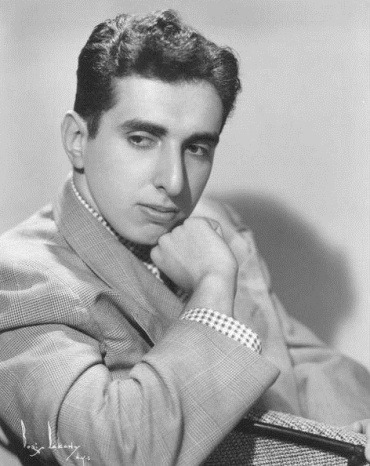 He learned to play guitar and ukulele at a young age and developed an interest in early popular music, that from the 1890s to the 1930s. He started playing this music professionally, originally under the name Larry Love, mainly around Greenwich Village in the early Sixties.

His folks were none too happy about this initially, but relented when they saw him perform. He developed a cult following and appeared on TV in such programs as Laugh-In and Johnny Carson’s Tonight Show.

He had a surprise hit in 1968, and here is Herbert with that song under another of his stage names, Tiny Tim - Tiptoe Through the Tulips.

♫ Tiny Tim - Tiptoe Through the Tulips

Okay, from the ridiculous to the sublime. Here’s MARVIN GAYE. 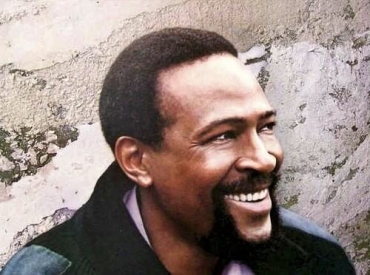 Marvin Gay was born in Washington, D.C. and he added an e to his name so his father, who was a minister in a very strict church, wouldn’t realize who it was. Dad was also named Marvin Gay.

Marv senior was a domineering person who would truck no departure from what he thought was right and correct and he would often beat his kids for trivial offences. He eventually shot Marvin Jnr dead when he returned to celebrate his birthday.

In spite of that appalling upbringing, Marvin made some of the best music around in the late Sixties and early Seventies. This is one of the best, I Heard It Through The Grapevine.

I remember back in the Seventies mentioning the group, DAVE DEE, DOZY, BEAKY, MICK AND TICH to an American friend and she thought I was making them up. There was no way I could convince her that they were real. They were all friends from Wiltshire, England, and were known to those who knew them as David Harman, Trevor Ward-Davies, John Dymond, Michael Wilson and Ian Amey.

The group’s name is taken from each of their nicknames. David, that’s Dave Dee, was once a cop and he attended the scene of the car accident that killed Eddie Cochran and seriously injured Gene Vincent.

They all gave up their day jobs to become recording artists. Their first try at this wasn’t very successful. The producer wanted them to play at half speed, then he’d speed it up and add tricky bits to it. When they said they couldn’t do that he exploded, threw coffee over them and stormed out.

Eventually they got a real producer, or at least one who was marginally sane, and recorded an album or two. This song, The Legend of Xanadu, was a million seller for them.

It’s a bit odd. To me Xanadu suggests stately pleasure domes, Kubla Khan, Alph the sacred river and so on. However, they seem to think it should be in Mexico judging by the music. There’s also a talky bit which always means country music to me. See what you think. 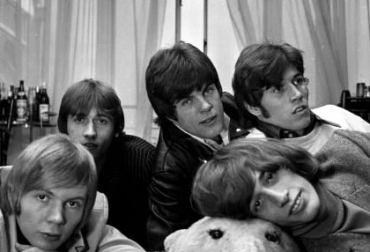 As I mentioned in 1967, they were really good at producing fine pop songs in this early period. This track resonates with me as it was rather apposite for my life around 1971, but we won’t go into details. I’ll just play the song, I Started a Joke.

Ocie Smith thought he’d disguise his name by taking the moniker, O.C. SMITH. Works for me. 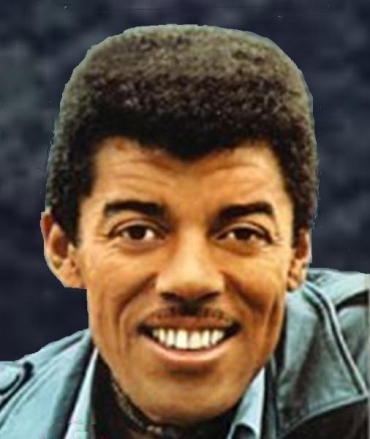 O. C. was born in a small town in Louisiana, but the family moved to Little Rock when he was young. He and his mother later moved again, this time to Los Angeles after she and hubby divorced.

O. C. got a degree in psychology and joined the air force where he entered various talent contests. Later he was seen on TV in another talent program and offered a recording contract.

He made a number of records that went nowhere until he had a hit with, “The Son of Hickory Holler’s Tramp, later also a hit for Kenny Rogers. O. C.’s next song hit the top of the charts; it was Little Green Apples. However, he had a huge hit with a song and subsequent album written by Jimmy Webb - a song that completely mystified anyone who listened to the words but that really wasn’t important as it was the sound that mattered.

This wasn’t Richard’s only musical venture. He played King Arthur in the film, Camelot. He played the same part in a TV production of Camelot as well. Of course, the “singing” in that role was more talking-singing along the lines that Rex Harrison performed in My Fair Lady.

We’re not here to talk of kings and things though; we’re here to listen to MacArthur Park.

GARY PUCKETT was born in Hibbing, Minnesota, the same town that gave us Bob Dylan, but grew up in central Washington (the state). 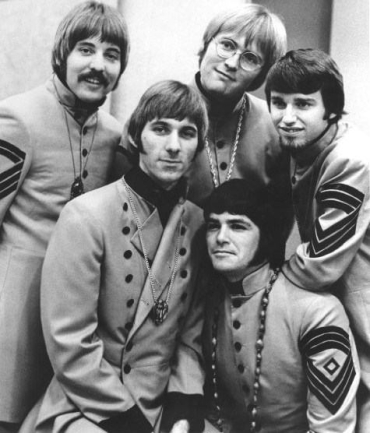 Gary went to college in San Diego and there he started playing guitar and singing in various rock bands. He eventually joined a group called the Outcasts consisting of Kerry Chater, Gary Withem, Dwight Bement and Paul Wheatbread. Their manager suggested they change their name to the UNION GAP.

They were signed to Columbia Records who were impressed by Gary’s singing voice, and had a number of hits. They usually appeared in civil war outfits at their live gigs to go along with the group’s name. This is one of their songs that went to number 1 on the charts, Young Girl.

This year saw the start of a run of extraordinarily good albums by VAN MORRISON. The one this year was “Astral Weeks.” 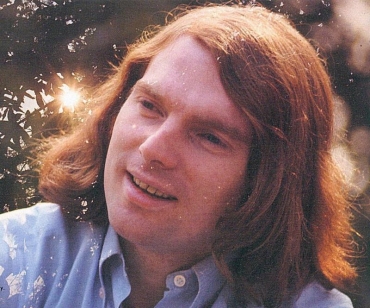 Over the next couple of years, Van produced several albums as good as any from the rock era. That’s damning them with vaguely faint praise; these are superb. You’ll be hearing from a couple more of them when we get to 1970.

Van is from Belfast and listened to his dad’s record collection consisting of blues, jazz, folk and country music when he was growing up. His dad bought him a guitar and Van started playing around the traps.

He later became proficient on saxophone as well. Eventually, and I’m leaving out a lot here, he was the singer for the group Them who had a world-wide hit with Gloria.

Going out on his own, Van recorded a couple of forgettable albums and then came up with the album mentioned above. By this time, he had become one of the finest musicians of his generation. Here is Cyprus Avenue from that album.

A fine batch, well, except of course for Tiptoe Through the Tulips. And Young Girl is kind of creepy when you really listen to the words. Yikes!

I hadn't heard of Dave Dee, Dozy, Beaky, Mick and Tich, but I liked Xanadu. As I listened to it, I thought of Marty Robbins' El Paso. Xanadu definitely has that Mexican-Old West cowboy flavor.

There's something here for most everyone. Thanks!

"but grew up in central Washington (the state)...."
That would be Union Gap, Washington.
I hung around with Gary for a while in San Diego - he has a sweet '53 Ford and didn't know anyone, but his neighbor was a friend of mine, so we got to ride around with him for awhile until he started CIty College and moved on.
He serenaded us on one of our State beach camping trips -- he also was an expert guitarist.
Thanks for the story!

This was a great year in so many ways for me and this music just helped define it. In December of 1968 I not only made my way back home from Vietnam but got an early honorable discharge within a week of my return.

Within a year I began to assimilate into the youth culture that was protesting the war and experimenting with various drugs.

I sorta liked Richard Harris's way with a song...and though I knew his mother didn't name him tiny and his father wasn't a Tim, I don't remember ever hearing his real name. Tiptoe kinda grew on me. You can't say it wasn't unique!
Peter, what can you tell us about Winchester Cathedral? Who sang it? Also, the woman who recorded Meet Me At The Oasis? I can hear them all plain as day but can't figure out how to find their music.

Alice, "Winchester Cathedral" was recorded by the New Vaudeville Band and released in 1966. It won a Grammy for best contemporary song in 1967. Hmmmm.
I assume you mean "Midnight at the Oasis". That was on Maria Maldaur’s first album (just called "Maria Muldaur") released in 1973 and is still around. It’s one of the finest albums ever.

Oops, that should be Maria Muldaur, of course.

Thanks! Now I can look them up. Midnight is correct. My fingers are faster than my brain these days.