Paul Simon’s father was a musician, a bass player who also played the violin. His mother was a school teacher who also taught music; she was also a trained musician. Given that background, there was probably little hope of Paul doing anything else.

He grew up in Queens in New York. It was there, as a whippersnapper, he met Arthur Garfunkel who would be his singing partner, off and on, for some time.

They had their first hit (as Tom and Jerry – the song was Hey Schoolgirl) when they were 16 years old. Paul continued recording through the rest of the Fifties and early Sixties under various names. 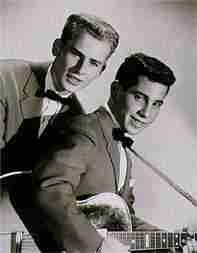 He teamed up again with Art and recorded a folk album called “Wednesday Morning, 3 AM” which was a rather conventional guitar, two voices folk album. The album sold about a dozen copies and Paul hightailed it to England, somewhat discouraged. 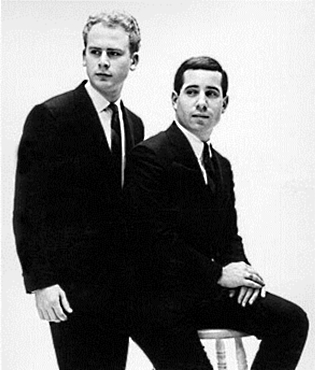 While in England, he recorded a solo album called “The Paul Simon Songbook.” Some say that this was released only in England at the time but naturally Australia is overlooked once again because we had it here.

On this album, Paul recorded songs that later were the basis for the next two or three Simon and Garfunkel albums. It’s instructive to hear them in their raw form before they became huge hits, particularly one of his most famous songs, The Sound of Silence.

The song had already appeared on “Wednesday Morning, 3 AM.” Tom Wilson, the producer of that album (and, incidentally, of Bob Dylan’s early electric albums), put a rock band behind the song and it was an instant hit.

Don’t get me wrong if you think I disapprove of the unscrupulous rock & roll producer meddling with a pure tune. I prefer it with the extra instruments; it’s just interesting to hear it the way Paul wrote it. Here it is from the “Songbook” album.

♫ Paul Simon - The Sound Of Silence 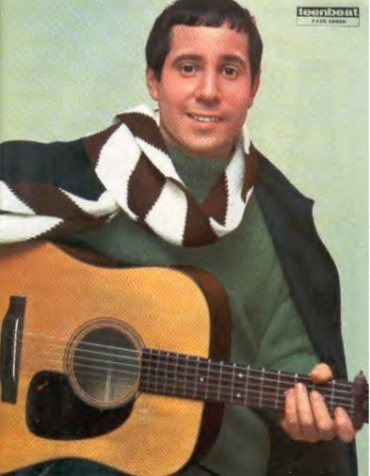 Another song from “Songbook” turned up on the next S&G album, “Sounds of Silence”. No doubt it was called that to cash in on the hit as it contained the rock version of The Sound of Silence. However, I’m staying with the early album and going with the original Paul-only version of I Am a Rock. 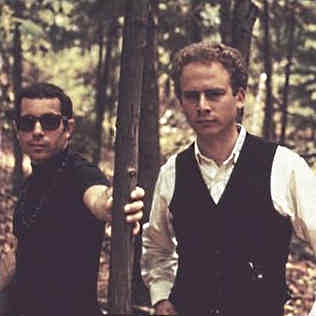 When I mentioned the topic, Norma, the Assistant Musicologist – a dedicated Paul Simon, Simon and Garfunkel fan – said, “You have to include The 59th Street Bridge Song.

I probably would have anyway but at her insistence it’s definitely in. Besides, it’s nice and short so it won’t take up too much space or time. It has the added bonus of having some members of Dave Brubeck’s group playing along. 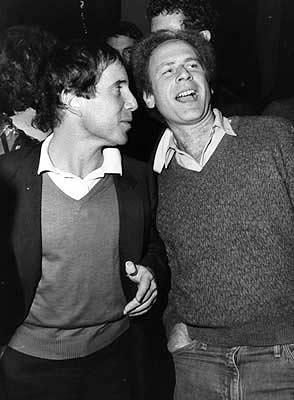 I once thought of doing a column about songs that don’t rhyme. I didn’t have enough for a column at the time, but then I didn’t really do any research, so there may still be one to come.

It’s interesting that Paul Simon was prominent in the short list I came up with. Bridge Over Troubled Water, America and several others of his were there. One of those is my favorite Simon and Garfunkel song, America. 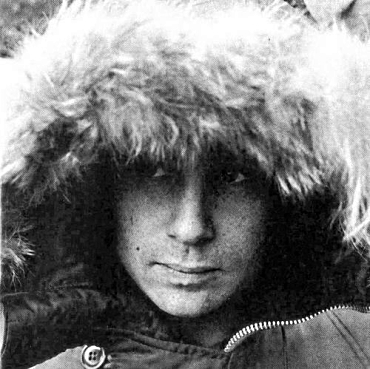 I thought of including more of their songs. The Boxer is a good one, Overs is interesting in a depressing sort of way and, of course, there’s the aforementioned Bridge Over Troubled Water. That last song and its album sold so well that neither of them needed to work again if they didn’t want to.

However, just when Simon and Garfunkel were the biggest thing in the known universe they split. Art went on to an acting career and occasionally singing while Paul demonstrated there was more to his songwriting and musical career than the pretty songs he produced for the duo.

The first album alone, simply called Paul Simon, showed this admirably with such interesting songs as Mother and Child Reunion and Me and Julio Down by the Schoolyard bringing a wider and more interesting musical palette to the songs.

This is one of those, Me and Julio Down by the Schoolyard.

♫ Paul Simon - Me And Julio Down By The School Yard

This is the other one, Mother and Child Reunion. 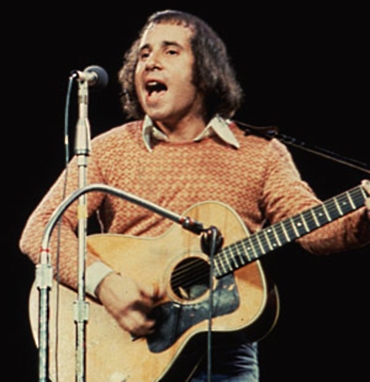 The album, “Hearts and Bones,” was a commercial failure. Hardly anyone bought this one. I don’t know why as it’s a fine album. Okay, you can say that about all of Paul’s albums, so there’s no reason I can see why it didn’t sell. To give you a taste of it here is the title song, Hearts and Bones. 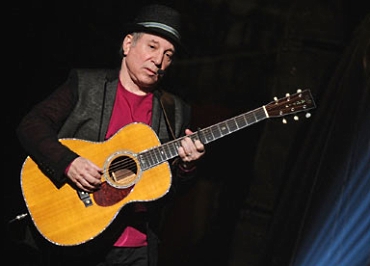 In contrast, his next album sold a squillion setting him up for life all over again. That was Graceland, and I could have played any of the tracks from it.

Paul had already included a small piece of South American music in the song El Condor Pasa from “Bridge Over Troubled Water”. On this album, he introduced South African music, especially that of Ladysmith Black Mombazo, to the world.

These musicians were largely unknown to the rest of the world at the time due to the appalling apartheid regime that ran that country. The title track doesn’t have Ladysmith on it but it does feature several other South African musicians. 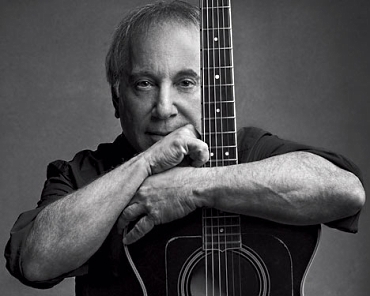 The next is a late inclusion. I was listening to Paul’s music to see (or hear) if there were any others that deserve a mention and this one popped up. It’s from probably his least known album, “Songs from The Capeman.” The A.M. said that she’d never heard of the album but liked the tune when I played it.

The album contains music from a Broadway musical Paul wrote called, The Capeman that was a flop and cost him a bit of change. I guess he thought he might recoup some of it by recording the album.

The song is Killer Wants to Go to College. It’s not very long, that’s another reason I threw it in at the last minute. 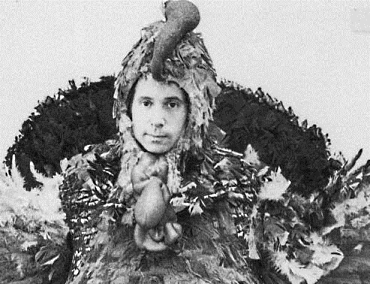 Paul suggested that there were 50 ways to leave your lover. However, I counted those he mentions in the song and came up with only six. I’ll leave it up to you to countenance the other 44. Anyway, it’s a good song and here it is, 50 Ways to Leave Your Lover.

Hey, some really interesting background on Paul Simon, esp. the early version of "Sounds of Silence." And count my vote, as well, for "America" as the favorite S&G song.

When I saw that today's topic is Paul Simon, I said, "Oh, good!" out loud. He's one of my very favorite singer-songwriter-musicians.

Thanks for the clip of him playing his original "Sound of Silence." That tune is great either way.

What a creative genius he is, what a storyteller, what an amazing career.

I always loved Paul Simon and also Garfunkel. Although I know I am not hearing the clips the way others do, it still sounds like good music
and I enjoyed all of the selections. Thanks, Peter.

What treat this morning.

I love the story telling nature of Paul's music. It was also interesting to look at his physical transformation. What's with the turkey suit? and then you scroll up to see his more settled look holding a guitar. What a tallent!

Like you Peter I don't think there is much that Paul Simon has done that could be considered unlistenable.

It's all great. The man has an ear for music of diverse sorts that's always a treat to listen to.

Great music; great artist; amazing legacy. It was a real joy to hear these songs today. Thanks, Peter.

Thank you so very much.