1970 is rooly trooly definitely the last of these “years” because music pretty much went downhill from here on. Anyway, I lost interest in new music after about 1973 so there won’t be much in my collection, except for those artists I liked who kept recording.

However, I’m going out with a bang, with a two-parter because this was the best year in the rock era for albums.

Okay, The Band’s eponymous album wasn’t from this year and Bob Dylan’s best were from elsewhen, as were those of The Beatles. Nevertheless, overall it was a fine year.

I spent much of 1970 in the United States, the first of many visits, mainly in Berkeley, San Francisco, Palo Alto and Los Gatos. I traveled across country all the way to New York and Boston and up to Montreal where I saw the tanks trundling down the main streets, took the train over to Vancouver, and back to northern California.

All the while I was taking in music, usually at the Fillmore, Winterland and the Family Dog but also in small clubs around Berkeley and Palo Alto. 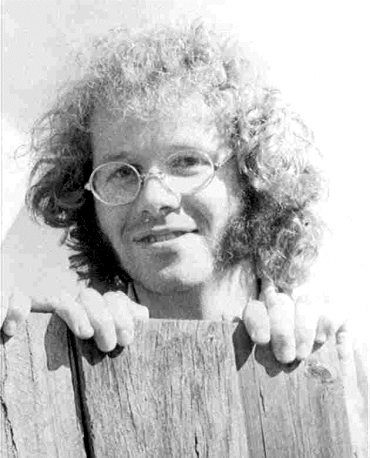 A slight change of pace for this year as I’m going to check those great albums. These are (some of) the ones I bought at the time, so naturally they are the best from that year and there were a lot of them, so I have quite a bit of scope.

In 1970, I was seriously into singer/songwriter mode as will be evident from most of the music this week and next.

Okay. Let’s start at the top with the best album from the year,VAN MORRISON's “Moondance”. 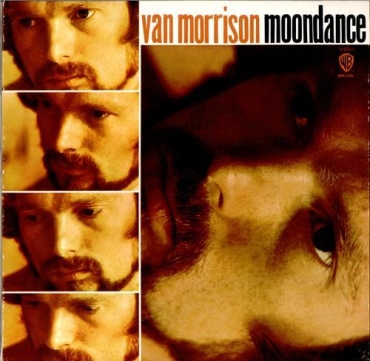 This should be in any person’s top 10 albums; it’s certainly in mine. He had another album a year or so earlier called Astral Weeks that should also be in the best as well.

Back to Moondance. Selecting a single track is a daunting task and I played this album several times to try for a single one. I also asked Norma, the Assistant Musicologist, but she’s no help as it’s her all-time favorite album and she suggested I play all the tracks.  It’s not the first time she’s said something like that.

I finally decided on And It Stoned Me. 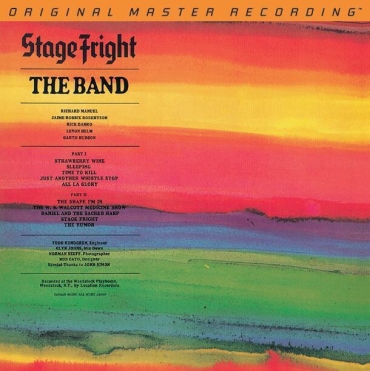 This is one that’s generally been downgraded by the critics but I say, “Fie upon them. They know not of what they speak.”

After a fine album, “Music From Big Pink”, and the best album ever recorded, “The Band," it was assumed that they would go downhill – thus the expectations of the critics. They were wrong, of course, and the quality was still there - even exceeding “Big Pink” with this one.

Again, it’s useless trying to pick a track; it’s going to be a random choice so I’ve gone out on a limb and selected All La Glory.

While I’m on The Band, I’m going to go with an album upon which several of that group played. This is the first record from JESSE WINCHESTER and that’s the name of the album.

This is another that should be in anyone’s top 10 (of course, the top 10 really has expanded to about a top 100, but never mind). 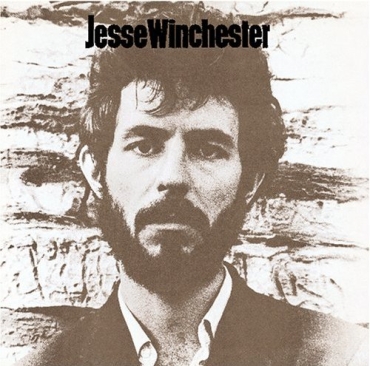 I first read about this one in Rolling Stone and on the basis of that review, I bought it. I’ve collected every Jesse album since. I saw him first in Canada and I’ve seen him every time he’s visited this country (more than several). He is a great favorite of mine.

I can’t pick a best album of his but this is the one from 1970, so here it is. The track is Yankee Lady and this one has pleasant memories for me. 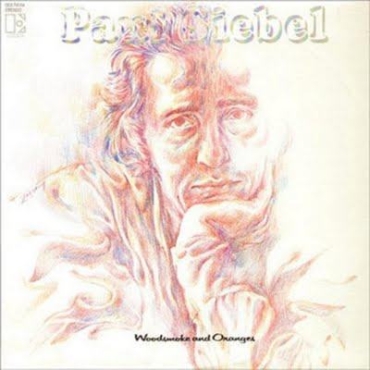 This came about when he cut a few demos with David Bromberg and David got them to the ear of some honcho at Elektra records. They gave him a very modest sum indeed to finance a record and this is the result.

In 1971, he released the almost as good “Jack-Knife Gypsy” and that’s all he wrote except for a live album that pretty much echoes the first two albums. There have been no more records, no songs and only intermittent performances.

The songs on his albums have been covered by the cream (and others) of recording artists. This is Long Afternoons.

BOB DYLAN released two albums this year. The first, “Self Portrait,” has been universally disparaged as his worst album. I wouldn’t go along with that but it is far from his best.

The second one, “New Morning,” was greeted with much relief after the other one but over the years it has lost its cachet somewhat. Not around these parts though. It’s the A.M.’s favorite Bob album and I think it’s pretty good as well. 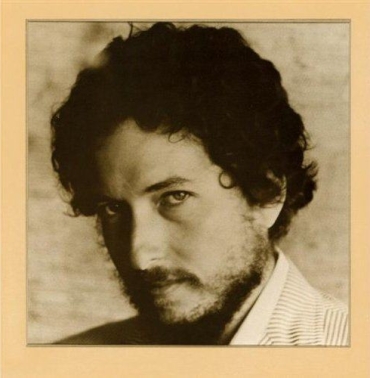 We have featured several songs from this one over time and there’s going to be another. Again, it’s a matter of which track. I’m doing this on my own as the A.M. is gallivanting around Queensland as I write this (a little later than Van above) so there’ll be no input from her. I’ve gone for Winterlude.

I saw the GRATEFUL DEAD a few times this year and when they were on song there wasn’t another band that could touch them. That didn’t always happen though.

In the studio, they left a lot to be desired recording only three good albums, two from this year, one of which was superb. It’s called “American Beauty."

The title of the album on the cover is somewhat ambiguous as it could also be read as “American Reality”. I have since learnt that this is called an ambigram. I didn’t know that until recently. 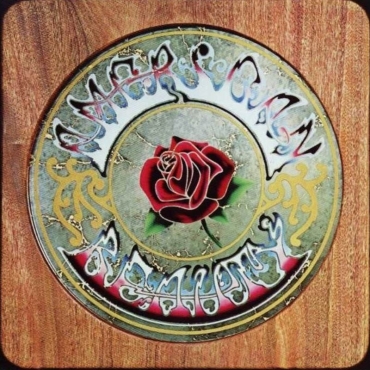 On this album, as they did on their previous one, “Workingman’s Dead,” they played songs; they didn’t go in for extended solos and the like. The music was ahead of its time and mixes folk music, rock & roll, bluegrass and country. Not the normal Dead style.

I think the song to play selects itself. It’s called Ripple.

JOHN PHILLIPS recorded a couple of really good albums after the demise of The Mamas and The Papas. 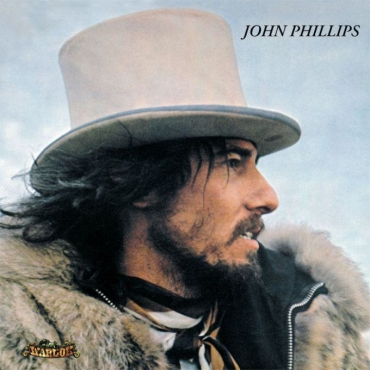 Indeed, the others in that group suggested this one would have made the best M & P’s album ever if they had been asked to perform on it. It’s certainly the best John Phillips album but then, he didn’t make many. The album I’m talking about is called “John, The WolfKing of L.A.”

I don’t know whether this song should be considered brave or gross; I’ll let you decide. It’s called Let it Bleed, Genevieve. It’s about his girl friend of the time, the actress Genevieve Waite, having a miscarriage.

This year saw LINDA RONSTADT’s second solo album. Even earlier, she had made a name for herself in the group the Stone Poneys. 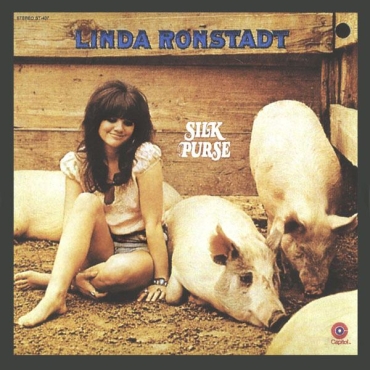 The album is a lot more country than her subsequent efforts – peddle steels and take-out meals, the full catastrophe. However, any Linda album is worth listening to.

This one is called “Silk Purse” and Linda does her Daisy Mae bit on the cover. The song I’ve chosen was written by Mickey Newbury, a writer of fine if rather dolorous songs. It’s Are My Thoughts With You.

♫ Linda Ronstadt - Are My Thoughts With You

I’ll never miss an opportunity to play TOM RUSH and Tom gave me two opportunities this year. The first of these was an album simply called “Tom Rush.” This is a title he’d used before so there can be a bit of confusion if you ask for this one. 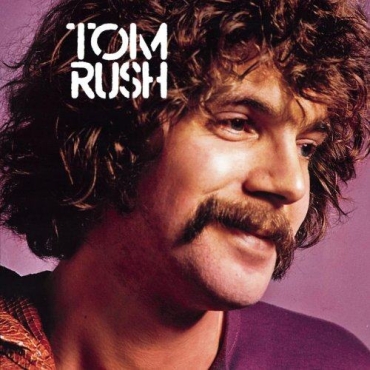 Tom has said that this is his favorite of all the songs he plays. It’s not one of his; it was written by Murray McLaughlin, a Canadian singer/songwriter. It’s Child’s Song.

If I mention JIMMY WEBB, you’ll probably think of all those wonderful pop songs he wrote, mostly for other people. However, he recorded some albums himself.

One of those came out this year and it’s not what you’d expect. There’s a song cycle that doesn’t do much for me but there are a couple of quite interesting, gritty songs on the album as well. Okay, gritty for Jimmy Webb. 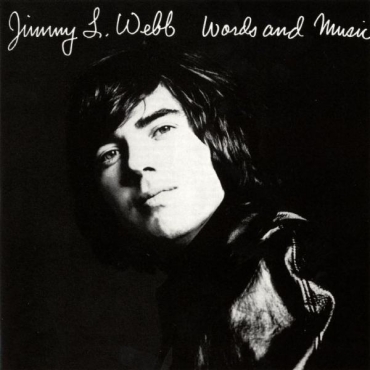 The song I’ve chosen is called P.F. Sloan. This references another songwriter and occasional singer by that name. P.F. is not very well known but one of his songs has become iconic. That song is Eve of Destruction that sold a bunch for Barry McGuire back in 1965. Let’s hear the song about the writer of that song.

Hey, Peter, you looked like a really truly hippie (and a cute one) back in 1970.

Today's songs ... so enjoyable. I especially liked Ripple and Winterlude.

My musicologist is not a fan of singer songwriters. Still, we had fun over breakfast listening to your selections. I liked Jesse Winchester and "Yankee Lady". I think there is a story there. Your photos from the 70s looked pretty "gritty" and cute! Keep the music coming - this is a Sunday morning ritual for us.

Great selection, as usual, Peter. Many I've never heard before. I hope you consider sharing your memoirs of your travels across the US and Canada (with the corresponding music references, of course.) It sounds like an important historical pilgrimage that would not only be interesting to thousands who were alive at that time but important in understanding how the world (and music) has evolved in your lifetime.

OK I'm inspired and I'm gonna go pull out that Paul Siebel CD and give it listen again. Looking forward to Part 2...

You've outdone yourself with this list Peter. I agree too that Van Morrison's "Moon Dance" album is perhaps his all time best. It's right up there with two other albums full of great songs like the Beatles "Sgt. Pepper Lonely Hearts Club Band" and Simon and Garfunkle's "Bridge Over Troubled Water" albums.

I had the great pleasure of seeing Jesse Winchester solo in San Francisco in 1980. The highlight of the show was him dancing the rumba for the Rumba Man break, with a capella percussion. Thanks for the lovely reminder of that show, that time.

It looks like I'll have to go to iTunes to pick up some more good music.

It's a shame, in a sense, to end at 1970. Even though I didn't come along until 1968, I did hear a lot of music from that time, probably from my parents listening to the radio at that time.

One memory that sticks from that time is the 1971 album "Tapestry." This was Carole King's best album, and one that I listen to quite frequently. It's still selling, and for good reason. It's great.

But you're not too far off from the truth, Peter. Music really started going rotten after 1980. The disco stench in the late 1970's only made matters worse.