Continuing from last week, I’m playing something from the great albums that were released in 1970.

VAN MORRISON was really on a roll around this time. He’d already produced two of the best albums ever in the previous 18 months or so and he came up with another one, nearly as good. Two in one year that should be in everyone’s collection is not a bad track record. This one is “His Band and Street Choir.” 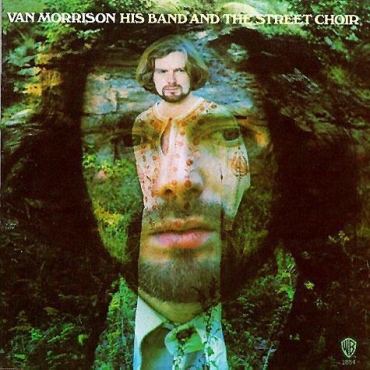 Like the album that The Band released this year, featured last week, this one has been downgraded somewhat merely because of the two albums that preceded it. I think the critics need to listen with open ears and judge it without preconceptions. Yeah, as if that’s going to happen.

I like it a lot, that’s why it’s here today. The track I’ve chosen is Virgo Clowns.

I picked up EMITT RHODES' first, self titled, album just by chance. 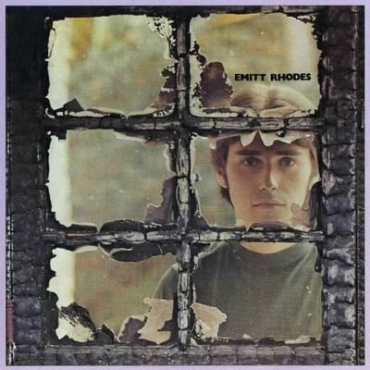 I put it on the turntable back then in 1970, and discovered the best Beatles album for some time. This was a one man Beatles at that. I looked at the credits and found that he not only wrote the songs, sang them as well but also played every instrument on every track.

He also produced the album and was its engineer. This was the solo album Paul McCartney should have recorded.

I got a couple of his other albums when they came out and then, nothing. It seems he quit show biz at the age of 24 after being ripped off, burned out and generally bitter about the whole process. He has not recorded another album since those first few and doesn’t perform in public any more.

His first album was beautiful unabashed pop music that can hold its head up in the exalted company of the other albums from 1970. This is She's Such a Beauty from that first album.

♫ Emitt Rhodes - She's Such a Beauty

Ian and Sylvia were already a successful folk duo from Canada when they decided to form a band to extend the range of the music they were playing. That band they called GREAT SPECKLED BIRD. This is also the name of the album we’re considering today. 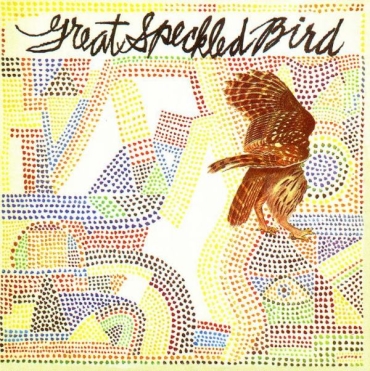 Many folks who went to see them at that time thought they were getting a nice gentle Ian and Sylvia folkie concert and were shocked when confronted with a full tilt rock band.

It rather echoed what happened with Bob Dylan a few years earlier. The Bird wasn’t very successful because of this. Several members of the band left not too long after, and Ian and Sylvia’s marriage disintegrated and they went their separate ways.

I’ve heard this vinyl album is a collector’s item so if someone wishes to send a wheelbarrow full of money in my direction, I’ll certainly part with my copy. I’m not holding my breath. Here is Calgary.

TONY JOE WHITE released his finest album this year. This is not to denigrate his others, which are excellent; it’s just that this is a ripper (that’s Oz talk). 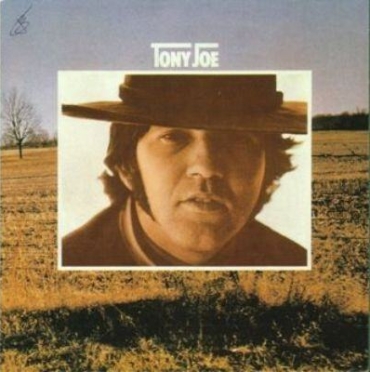 The album was called “Tony Joe.” However, it’s been reissued under various other names. The album consisted of his own songs and some covers of classic soul and blues tunes.

It’s rather unusual for Tony Joe to have strings on his tunes, however, he does on this one. They don’t overwhelm it so that’s sort of okay with me. This is High Sheriff of Calhoun Parrish and, judging by this song, the residents of Calhoun Parrish are well versed in grammar.

KRIS KRISTOFFERSON was already in his thirties and had been writing songs for some time, trying to get others, particularly Johnny Cash, to record them when he became an overnight success with the release of his first album called “Kristofferson.” This is the album that introduced Me and Bobby McGee, Help Me Make It Through the Night, For the Good Times and Sunday Morning Coming Down to the world. Just for those four it’s worth a place in album royalty.

Kris didn’t have much of a range as a singer and he has even less these days, however, his knowledge of his songs brings an authenticity and a nuance to them that’s often lacking in other versions.

I was going to choose another song rather than one of those four but upon playing them they are so good so I’m going with For the Good Times.

♫ Kris Kristofferson - For the Good Times

JUDY COLLINS was already turning from a folk singer into a singer of art songs and even classical pieces by 1970. The album, “Whales and Nightingales,” reverts a little to her folk singing roots. 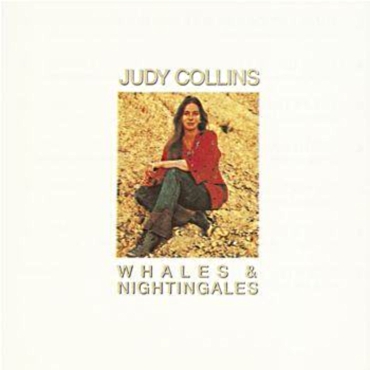 Judy started out learning classical piano and had her debut at age 13 playing a Mozart concerto. Her music teacher was somewhat miffed at her growing interest in folk music and playing guitar rather than piano.  Decades later, when Judy invited him to one of her concerts, apparently he said to her, “Little Judy – you really could have gone places.”

Anyway, here she is singing a cappella, except for a bunch of humpbacked whales supplying a bit of counterpoint, with Farewell to Tarwathie.

GORDON LIGHTFOOT’s best selling album came from this year. It was called “Sit Down Young Stranger.” This had a couple of songs that also sold well as singles, most particularly

If You Could Read My Mind. Later editions of this album had its name changed to that song. It also had the first version I heard of Me and Bobby McGee. It’s what prompted me to buy Kris’s album; I figured if Gordie could cover someone else’s song, that person would be worth investigating, and so it proved.

However, this is Gordie’s moment and his song is Your Love's Return.

Easily the best of the solo albums released by the various Beatles after the group split is the first one by GEORGE HARRISON. 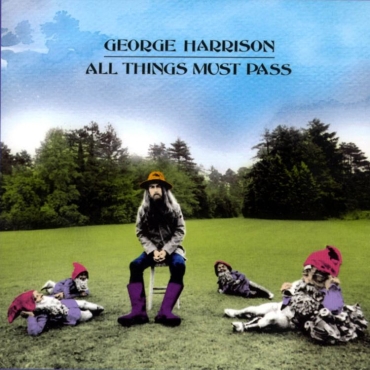 Upon hearing the album, you can understand why George was frustrated when John and Paul didn’t allow more of his songs on the group’s albums. There are many that could gain a place in this column, but I’m going for Beware of Darkness.

JOHN SEBASTIAN was the main songwriter, singer and leading force behind the Lovin’ Spoonful. You may also remember him from Woodstock or more likely, the film of that event, as the hippy dippy performer with the tie-dyed denim jacket.

After the Spoonful split he made a bunch of solo albums. The one this year is the first of his and it’s called, “John B Sebastian.” 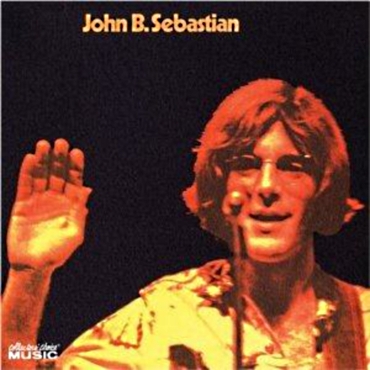 He made several albums later that were superior to this one, but it’s the one from 1970 we’re considering. There were a few good tunes and one extremely fine song on the album. That one was How Have You Been?

DELANEY AND BONNIE Bramlett seemed to be mixed up with everyone in 1970. They were on the Joe Cocker, Leon Russell tour of “Mad Dogs and Englishmen” and they were friends of Eric Clapton, indeed it was mostly their backing band that gave rise to Derek and the Dominoes (another album that was short listed for this year but just failed to make the cut).

Also, they were friends of Bob Dylan’s and it was his feet that poke out from the car on the cover of their “On Tour” album. The one from this year is called “To Bonnie from Delaney.” 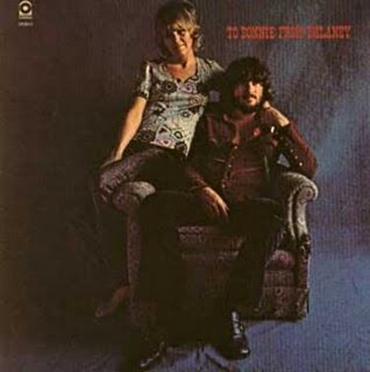 The track is The Love Of My Man. It’s mostly Bonnie singing and is a fine example of blue-eyed soul.

♫ Delaney and Bonnie - The Love Of My Man

An honorable mention must go to Frank Zappa and the Mothers’ “Weasels Ripped My Flesh” not for the music but because it has the best album cover ever. 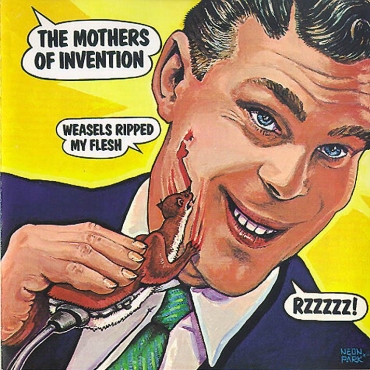 Okay, Linda Ronstadt’s “Hasten Down the Wind” may be better, but for a different reason. It wasn’t from 1970 so I won’t feature it.

Well, that’s it for the “years”. Just normal waffling on about whatever musical topic that catches my fancy from here on. The same as it was before I started this series.

If this is waffling, I love it! Thank you.

I pretty much bought everything Kristofferson back in his heyday. Still think his early works are some of the all time greatest, especially "Sunday Morning Coming Down

Another fine selection of songs!

I hadn't heard of a few of these performers (or had forgotten I'd heard of them), and of those forgotten ones, I really liked Emitt Rhodes' She's Such a Beauty. If I'd heard him without having been told who was singing, I sure would have thought Beatles.

Bonnie Bramlett reminds me of Janis Joplin. I'd like to hear her sing Me and Bobby McGee.

Kris Kristofferson ... what great songwriter! I like his recent album, This Old Road, too. He may not have the range, but he sure does have the voice.

I look forward to the "waffles" you'll be serving up for us in the future.

Thanks, Peter! Have a Merry Christmas.

P.S. I have a cousin in Glenelg (a branch of our family established itself in Australia in the late 1800's) who for years has sent me wonderful Aussie Christmas cards, all of which have reminded me that I'd rather spend winter in a warm place than here in the Cold White North. But, alas, I'm from the branch that settled in Michigan's Upper Peninsula after wandering around out west trying to strike oil.

My resident musicologst registered rapture with the George Harrison album! He also realated a story about Delaney and Bonnie where they went up to Eric Clapton's door to ask if they could play music together. Without looking at the cover I would have guessed Bonnie to be a black soul singer. She has a nice, earthy voice. I remember Judy Collins' song "Farewell to Tarwathie" and could humm it from the start. Amaizing how some things stick after all these years. Happy New Year - see you in 2012 for our Sunday ritual.

I've enjoyed this series immensely, Peter and the A.M! Being able to examine year by year made it exquisite to feel old... that is, to feel as though one has lived awhile and has the privilege of such a beautiful soundtrack to one's life. 'Till next Sunday!