ELDER MUSIC: Georgia on my Mind

It’s time for another variation on a single song. It also gives me an opportunity to play a rather diverse range of performers in the one column. The song is Georgia on my Mind.

It was written by Hoagy Carmichael and Stuart Gorrell. The song has been adopted by the state of Georgia (that’s the American one, not the country that used to be part of the Soviet Union) as its official song in spite of Stuart, who wrote the words, saying he wrote it about Hoagy’s sister, Georgia Carmichael.

Given that, the appropriate place to start is therefore with the version by HOAGY CARMICHAEL himself.

Hoagy has been called the "most talented, inventive, sophisticated and jazz-oriented" of the songwriters composing pop songs in the first half of the 20th century. Looking through the songs he wrote, that’s not too far off the mark. 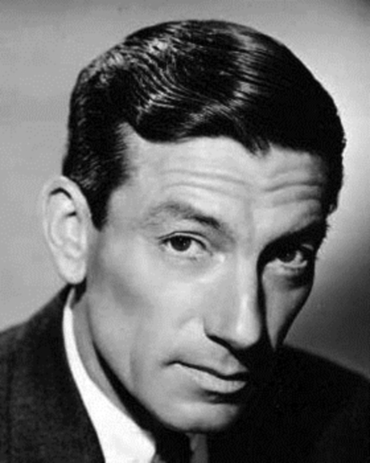 Hoagy recorded the song in 1930 and if you listen carefully, you’ll hear Bix Beiderbecke playing along as well on this version. Unfortunately, this is one of the last tunes Bix recorded. Hoagy was a good friend of Bix and always ensured he had a job when he was down on his luck and boy, did Bix get down towards the end.

♫ Hoagy Carmichael - Georgia On My Mind

Probably the best known version is by RAY CHARLES. 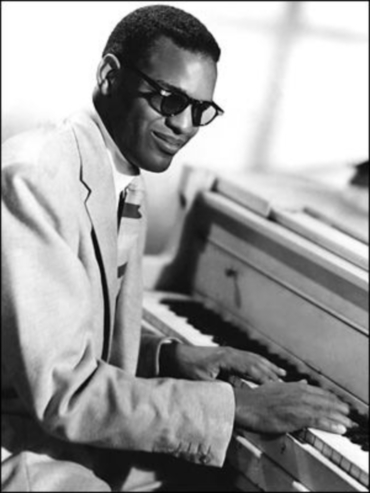 Indeed, it was Ray singing the song, with which he had a number one hit in 1960, at the Georgia state legislature in 1979 when the state adopted it. Ray was originally from that state so it was apposite that his version would be chosen.

I can’t imagine he would have been given that honor in 1960, but that’s neither here nor there. Sing it, Ray.

♫ Ray Charles - Georgia On My Mind

For a complete change of pace we turn to the DAVE BRUBECK QUARTET. 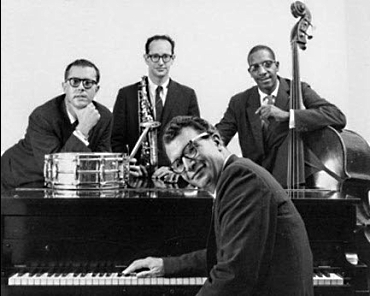 This version has a lovely sax solo by Paul Desmond and, it goes without saying, a wonderful piano piece from Dave. This was taken from an album called “Gone With the Wind” which had, as you can probably guess, songs of the south.

♫ Dave Brubeck - Georgia On My Mind

An unlikely version is by THE BAND. 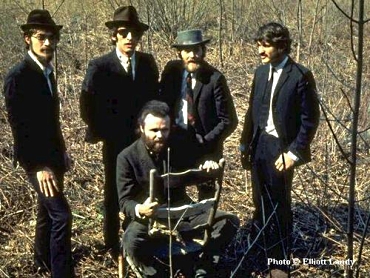 The Band mostly recorded their own songs (and occasionally a couple of Bob’s). However, on one album, “Moondog Matinee,” they recorded music that had inspired them to take up instruments and perform in the first place.

Georgia wasn’t on that album, it was from a later one. This has the soulful voice of Richard Manuel performing the vocals on their version.

It’s taken from the “Islands” album, generally considered the one they recorded purely as a contractual agreement album and the last studio album made by the original band.

♫ The Band - Georgia on My Mind 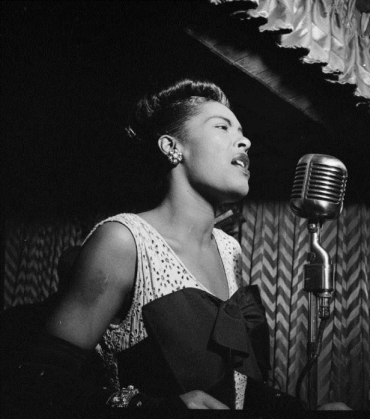 She led what is generally described as an “interesting” life. One that deserves a column of her own and you won’t be at all surprised to learn that she will get one.

During her recording career, she was often given second rate songs to sing by the powers that be. Naturally, her version turned them into first rate performances. Of course, there were the occasional first rate tune as well, like this one.

♫ Billie Holiday - Georgia on my Mind

Yet another instrumental version, this time by OSCAR PETERSON. 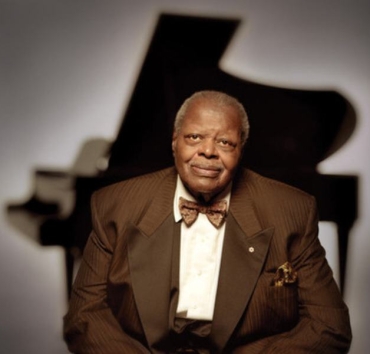 Oscar was born in Montreal and was influenced by the jazz scene around where he lived. He started playing trumpet and piano at a young age but decided to concentrate on the piano after a bout of tuberculosis rather put paid to the trumpeting.

He studied classical piano but he was always taken by jazz musicians, particularly Teddy Wilson, Nat King Cole and Art Tatum, and that won out in the end. Let’s hear Oscar play the tune.

♫ Oscar Peterson - Georgia On My Mind

WILLIE NELSON recorded an album called “Stardust” – another song of Hoagy’s – in 1978 containing old standards, and what a fine job he did of them too. I’ve always looked upon Willie as a jazz singer anyway and this album is more evidence of that. 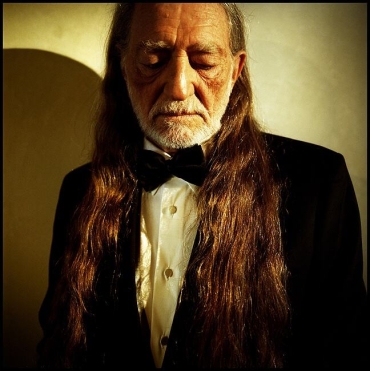 This was released as a CD a couple of years ago with another album with similar songs he’s recorded over the years. That second album was pretty good too; well, it is Willie, so how could it not be? Here’s Willie’s version of the song.

♫ Willie Nelson - Georgia On My Mind

I think LOUIS ARMSTRONG may have played every song known during his lifetime. 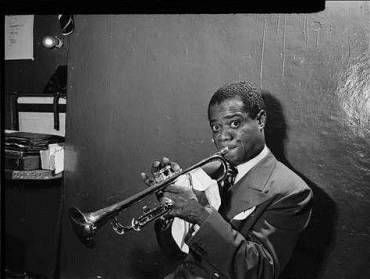 I’ve also featured him quite a bit over the years and, like Billie, there’s a column in works as well.

Louis was the most important popular musician in the first half of the twentieth century. No one else in that time set the parameters for music as he did. His remarkable musicianship set him apart from his contemporaries. I’ll just let you hear what he does for the song.

♫ Louis Armstrong - Georgia On My Mind 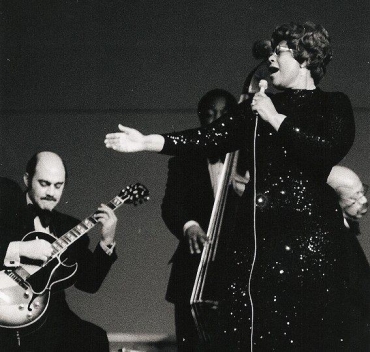 I really don’t need to tell you about Ella. She and Joe made several albums together and this is the way I like Ella best, with just Joe backing her with impeccable guitar playing (okay, there’s a bass player in there as well). I don’t think any more instruments are needed.

Here they are with the song of the day.

♫ Ella Fitzgerald and Joe Pass - Georgia On My Mind

Another Sunday-brightening musical mix, even though jazz in general isn't my favorite genre.

I do like Ray Charles and Louis Armstrong's renditions of "Georgia" though, and I especially like Willie's version. (Willie can sing just about anything.)

Ahhh! This is an outstanding Sunday post from you Peter! Thanks for the smile on my face & the good feeling in my heart. :)Dee

Back home in Alabama but Georgia is always on my mnd after forty glorious years there. Lived across the street from Johnny M's mom. I always think of him and Hoagy in the same thought. Thanks a million for the memories. You sure know how to make an old lady happy.

What a perfect selection for this mellow morning--it snowed last night and everything is white and beautiful and being inside feels so cozy--loved hearing the various versions of Georgia On My Mind and can't decide which I like best. Guess what I'm thinking now: yup, Georgia (I grew up next door in Florida). Bet it's not snowing there.

You are correct, Alice. I am in Florida and the temperature is about 70 degrees and bright sunshine.

But Hoagy Carmichael sounds just as good in the Sun as in the snow, so I enjoyed the music Peter selected ,too!

My Grandson who is 16 has been playing the saxaphone since he was about 8 years old and is now a member of his High School's concert band.

I couldn't wait to send him the link to Dave Brubeck's version of "Georgia on My Mind" so he could enjoy the wonderful saxaphone solo by Paul Desmond.

Thanks, Peter, I know he will love it...

Oh Ella, the best for last, my neurotransmitters are jumping as I type and listen! Thank you once again, Peter, I so enjoy Sundays at TGB!*!

I'm eagerly awaiting Billie Holliday. I saw some video of her singing that was a revelation--she's a very, very interior singer.

Love the music that you contribute to the Blog. Your knowledge and expertise and the way that you present it is outstanding. I especially enjoyed this week's various selections of "Georgia" - a great jazz tune - well done by all of your chosen musicians.
My Step Grandson, a student at Dartmouth is currently doing a semester in Sydney and having a wonderful time.
His sister did a semester at Wollonngong last year and came home with some fantastic photos of her travels in Austraila. They are great kids (but their taste in music boggles my mind)

As a 75 yr.old jazz piano picker let me say this was a great job and appreciated.
They are all winners. Loved them all.
Glen H.

I have a daughter named Georgia and she is like the soul of these songs, ESP The Band version! They are all wonderful. Denise