I’ve previously done a column on Divas. Those were classical music divas and it was suggested that I should do soul divas. It’s taken a while, but here it is.

I’ll start with a particular favorite of mine, ETTA JAMES, who died just over a week ago and was buried in a private funeral yesterday, Saturday, where Al Sharpton delivered the eulogy. 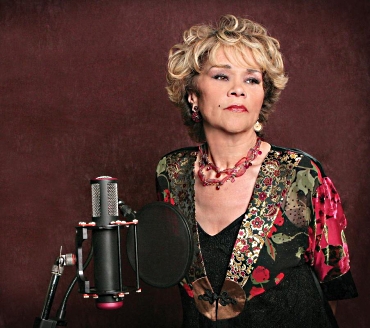 Etta could sing anything: soul, blues, rock & roll, country, jazz and did a great job at any and all of them. She was born Jamesetta Hawkins to a 14-year-old mother and an unknown father who could possibly have been Rudolf Wanderone, better known to most of us as Minnesota Fats, the famous pool player.

Etta started singing in various choirs in Los Angeles and formed a DooWop group when she was 14. They caught the ear of Johnny Otis (who, alas, also died recently) and they toured and recorded with him for a while. Later she backed Little Richard.

Etta signed with Chess records and had a number of hits in the sixties. She battled a major drug habit in the late sixties and seventies but got her life back on track and then has performed extensively, mostly singing blues and jazz.

Then, a year or so ago she was diagnosed with Alzheimer’s disease.

There are a dozen or two tracks of Etta’s I could have chosen, but I’ve gone for one of her more famous ones, I'd Rather Go Blind.

♫ Etta James - I'd Rather Go Blind

LAVERN BAKER had a number of hits in the fifties that could be seen as proto-soul recordings. Unfortunately, many of her songs were covered by white artists without the talent that LaVern possessed. These sold more than the originals. 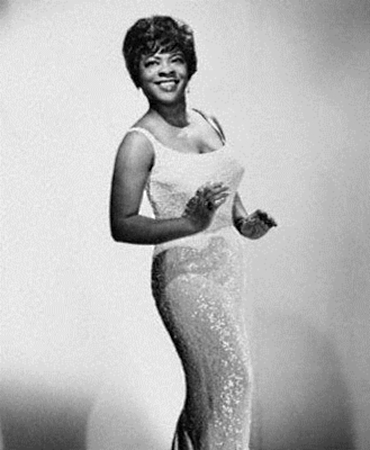 In the late sixties, she became seriously ill after entertaining the troops in Vietnam and gave up singing for more than 20 years. She made a successful comeback in the late eighties and also performed on Broadway and worked on the soundtracks of several films.

She had both legs amputated due to complications from diabetes but that didn’t stop her performing. LaVern died in 1997 from a heart attack. Here she is with an early song, I Cried a Tear.

♫ LaVern Baker - I Cried a Tear 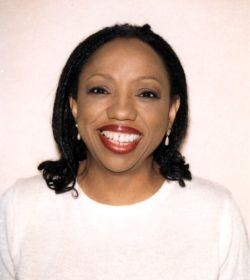 Not only a fine singer, she is also a songwriter of considerable facility, an actor, an author, a clothes designer and even boxing promoter if you like that sort of thing (I don’t).

Born in Mississippi, Josephine Armstead started her musical career singing gospel songs in her mother’s church. However, she got hooked on the blues thanks to her grandfather who was a bootlegger and a gambler and he’d sneak the young Jo into juke joints and dances.

Jo’s sister was once married to Ike Turner and after she arranged an audition with him Jo became one of his touring musicians. Besides Ike, she sang backing for James Brown, Walter Jackson, B.B. King and many others.

By this time Jo was writing songs as well, including some for Ray Charles. There’s a lot more to her story, but not enough space. Here she is singing the rather awkwardly titled Stumblin' Blocks, Steppin' Stones (What Took Me So Long).

I’m sorry, I can’t tell you anything about DORIS ALLEN.

I know nothing much about her except that she’s a fine singer. The CD has no information at all. I thought I’d employ good old Dr. Google but all he could tell me that she was a great but little-known soul singer who often sang duets with John Hamilton and she died in 2008.

Just listen to her singing, I guess. A Shell of a Woman.

♫ Doris Allen - A Shell of a Woman

If I thought I had problems with Doris, little did I realize how difficult it was going to be with BARBARA WEST. 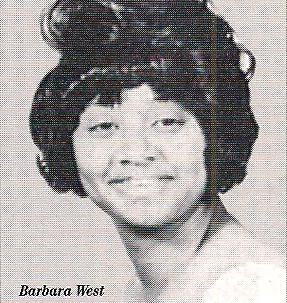 I thought, oh I have her on a couple of compilation CDs, that’ll be easy. Silly me. On one there was no information at all and the other told us all about the tracks as if we couldn’t hear them for ourselves and make our own judgment.

Again I went with Dr. Google and the only information I found was that she only released four singles in her career, far fewer than Doris. I’ve included her because I really like the track, Anyone But You.

♫ Barbara West - Anyone But You

IRMA THOMAS was born Irma Lee in Louisiana and got the Thomas from the second of her ex-husbands. 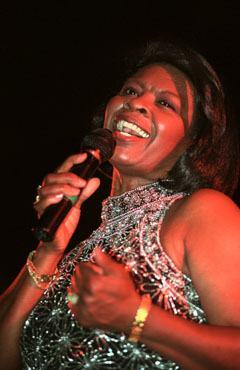 Irma is a regular in all the music festivals held in New Orleans (and further afield). Indeed, I think there might be a riot if she weren’t included. She started her recording career in 1960 and kept at it for more than 20 years when she took a bit of a break.

Irma has been back at it recently and as mentioned above, is a regular at music festivals.

Irma’s song is quite a contrast to the other tracks today. It sounds closer to gospel than soul, but that’s okay. It’s a song the Rolling Stones recorded after hearing Irma’s version, Time Is On My Side.

♫ Irma Thomas - Time Is On My Side

TOMMIE YOUNG was born and bred in Dallas. She was yet another of those who made their musical debut singing in the choir. I don’t know why I bothered mentioning that as all today seemed to have made their start that way, at least those I know anything about. 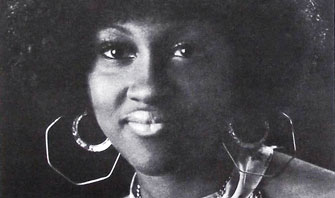 Her first recordings were covers of songs by a couple of my favorites, O.V. Wright and Percy Sledge. She had a number of regional hits in the seventies and eighties but, although influential, she didn’t really hit the big time. I guess for someone of her talent there’s still time to do that.

More recently she’s recorded several gospel albums under the name Tommye Young-West (she had by then married Calvin West and seemed to have changed her given name slightly). I hear echoes of Aretha in Tommie, especially in this song, Do You Still Feel the Same Way?

♫ Tommie Young - Do You Still Feel The Same Way 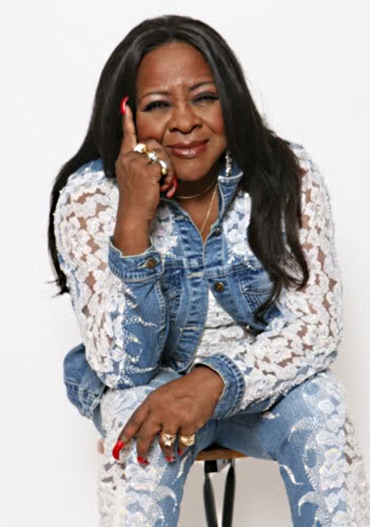 Early in her career she toured with Ben E. King and several of her songs made the charts in the sixties. She decided that she’d had enough of the music biz and retired soon after, moving to California where she married a Los Angeles politician (don’t hold that against her).

In 1996, she was persuaded to record an album that did okay for her. This is one of her earlier songs, Every Little Bit Hurts.

I’ll bet you were starting to wonder “where’s Aretha?” Wonder no more, here she is. We couldn’t have a column on this topic without her.

I’m going to put most readers offside by saying that ARETHA FRANKLIN isn’t my favorite female soul singer. I don’t mind her but give me Etta any day. 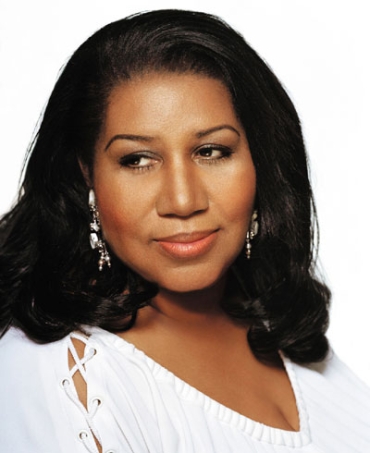 There’s little I can add that’s not already been written about Aretha, so I won’t try - at least, not in a short piece like this. Another time at greater length perhaps.

Like Etta, there are any number of songs from which to choose. Rather arbitrarily, I’ve gone for Chain of Fools.

Wonderful! Thank you so much.

This is one of your better line ups Peter. Thanks

Peter, we are going to have to agree to disagree. As much as I adored Etta James, the "Queen of Soul" is still Aretha. I am originally from the Detroit area. However, my roots still do not dictate my preferences. Your line-up was still fantastic!! Keep up the good work.

My musicologist asks - "where is Patti LaBelle"? Very interesting Soul Divas many we are hearing for the first tme. Thanks for broadening our musical horizons.

It's always good to get exposed to singers I hadn't heard of, which is most of these.

I would have included Tina Turner, but you had to draw the line somewhere.

Oh Wow! Just discovered this column and can't wait to come back and listen to everyone on this post. Thank you!

Do you know composer/conductor Darin Atwater and his Soulful Symphony? Attended a performance last evening in Baltimore. He received an Emmy in 2010 for his "Song in a Strange Land." I am so moved by his music.

I was hoping you'd include Yvonne Fair -- two of my favorites: "Walk Out The Door If You Wanna" and "It Shoulda Been Me."

But, but, but, what about Billie Holiday, Lena Horne, Ella Fitzgerald, Dinah Washington, Sarah Vaughn? I suppose you were going for the more obscure divas though. Good list. And, one can enjoy Irma Thomas doin' her thang on the HBO series, Treme.

Judy, if you look back to an earlier column on jazz divas, called Ladies Day back in 2010 (sorry, I don't know how to put the link in here in an elegant manner) you'll find several of these singers.

Lavern Baker and Irma Thomas are two of my favorites - but Etta James was my lady. I saw her numerous times (since I lived in LA) and talked to her twice. One of those times, when she wasn't performing and was sick and not talking much, I said, "You and I have spent hundreds of hours alone together." She giggled, then gave me one of her earthy, sexy, tongue-in-cheek dirty looks, as if to say, "Yeah, you probably did more than just listen."

There will be hundreds of more hours alone with Etta.