So much to read; so little time. Of the 200,000 or so books published each year (that's just in the U.S.), I learn of – oh, maybe several hundred through reviews, advertisements, personal internet alerts, publisher requests for blog mentions and friend suggestions.

I would rather not figure out how many I buy each year – too many – and at any given moment there are 20-plus books sitting around the house or on my Kindle that I haven't found time to read yet. One of my regularly occurring dilemmas is choosing the next read. 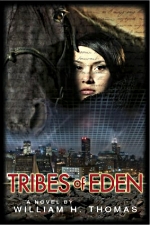 That's never an issue, however, when a friend publishes a book. It immediately goes to the top of the list as did Tribes of Eden by geriatrician Bill Thomas or, more formally, William H. Thomas, M.D., and I want to tell you about him and the book.

If you have been reading TGB for awhile, you know this guy. He wrote What are Old People For?, one of my continuing inspirations for this blog that I often mention. 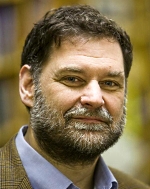 In that book is Bill's vision for transforming the lives of elders and he has made astonishing progress with his dream/plan/mission for Greenhouses and the Eden Alternative – two growing, worldwide phenomena that replace the warehousing of elders in old-style, institutional nursing homes with elder-centered communities where residents are partners with their caregivers and one another.

You would think that getting through medical school, becoming a practicing geriatrician, writing a few books about aging and creating something that is changing the entire nature of elder care would be enough for any one person. Not if you're Bill Thomas. Now he's gone and written a novel too.

Tribes of Eden is a work of fiction into which Bill has exuberantly thrown all his passion and belief about the place elders should have in society and what life can be like for everyone when they do.

“Tribes” begins in the near future when the government of the U.S. and the country's institutions have wholly collapsed leaving a nation in chaos where hunger, crime and death are as commonplace as the fear they induce.

After a terrifying journey of escape across half the country, a young mother, her son and her daughter are welcomed into a self-sufficient community, the Shire, isolated from the wreckage of a culture that has lost its way.

The little family flourishes as the children grow up amid the trust, cooperation and love of the members of the Shire where elders are given respect and influence equal to all other adults.

In the outside world, order has been restored through the forced imprisonment of the population within the seduction and power of the GRID - a system that eventually will pit the brother and sister who were adopted into the Shire against one another in an epic battle.

When the GRID begins to fail, threatening not only its captives with destruction but the Shire too, it comes to pass that only a unique alliance between youth and the elders can save the world.

Time Goes By readers who enjoy The Elder Storytelling Place will be delighted, as I was, to learn that elders' stories about life before the Fall into chaos are a crucial aspect of resistance to the GRID.

”We have believed and taught others to believe,” says one of the Shire elders, “in the value of memory, in the power of legacy, in the virtue of a life lived long and well.”

With Tribes of Eden Bill has written classic tale of good and evil built on a solid, substantial world where elders are woven into the everyday fabric of life, valued for their experience, knowledge and wisdom – a story that needs to be repeated far and wide.

Most of all, the book is a load of fun, a page turner that will leave you thinking about it long after you have finished.

Currently, Tribes of Eden is available for US$9.99 in various ebook formats via the book's webpage. The print edition will be published in early April at which time there will be a contest here at Time Goes By for someone to win a copy.

Wait a minute: there is one more thing I want to tack on here. Throughout my time reading Tribes of Eden, I had no trouble picturing it as a movie. It would be good if that came to be.

ADDENDUM:
For people who are being introduced to Bill Thomas for the first time, Time Goes By has an abiding and fruitful association with him. Regular readers may have seen some videos he and I have done together (two examples); a regular column, The TGB Geriatrician, he wrote for this blog in years past. There is an interview I did with Bill you can still read here, not to leave out his own blog, Changing Aging.

At The Elder Storytelling Place today, Marcy Belson: Fishing on the Salton Sea

This sounds like just my kind of book. Thanks.

Is it available for a Kindle reader?

Tabor...
As noted, the book is available in all the usual ebook formats including Kindle.

I read about his book on his e-mail list I subscribe to. Dr. Bill has good articles that are of interest to elders and, although I read it, I can't remember the name of the site. (You really didn't expect me to, did you?)

Ronni, would you please fill in for me and enter Dr.Bill's mailing name and link? I am, sometimes a doofus and most forgetful, as previously noted.

Darlene...
I'm not sure what you mean by his "mailing name" but his blog is linked in the last sentence of my story above.

I just got the mailing "Changing Aging" and I copied the link, but now I see that you had already posted it.

Sorry - I am not very alert these day.

not to be old fashioned, but I would like to have tribes book in paperback

I've just ordered it for my Kindle. I'm looking forward to getting started on it soon. It sounds vaguely reminiscent of a combination of some other things, including Fahrenheit 451. Thanks for the recommendation.

stan boling:
as noted in my text, the book will be available in a print edition in April.

I read the book and true to his heart-Elders can save the
world !!!! I am so excited for Bill and agree with you, I believe I can see this on the big screen.

For those who have a Kindle like me you can go to Amazon's site and purchase it there for the same price.

Thanks. I just bought for the kindle. One more book to read for my ever increasing stack(?) Can you stack e-books?

Anyway thanks for the recommendation.

thank you. Enjoying this blog a lot. I'm a new blogger of the "seventh decade." I especially love your blogroll because I'm learning about so many great people who blog.