When I started writing these columns, I said to myself that I wouldn't do any on the big four of 20th century music – Elvis, Frank, The Beatles and Bob. The big five really, Louis as well. This was because they are so well known, what could I come up with that was new?

So much for that as I've already done The Beatles and Frank and sort-of Bob, thus that idea is well and truly gone by the board. 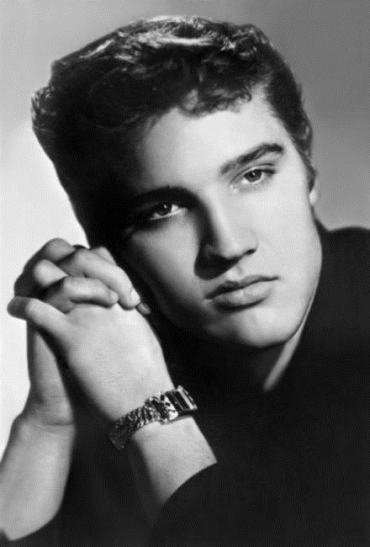 Recently, when there was nothing on TV - something that occurs quite regularly - I put on some music, as is my wont. This time it was Elvis. There was quite a bit of his music as I have a five-CD changer.

That got Norma, the Assistant Musicologist, and me thinking about which tracks we'd select for an Elvis column. We took up pencils and papers and each wrote a column's worth of tracks we'd include.

To my surprise, there was only one song that was common to both our lists. Okay, Elvis has a lot of songs to his name, but the A.M. and I have roughly similar tastes in music so that was a bit of a surprise. I guess our tastes are probably more roughly than similar.

However, it means there are two columns for Elvis. It also means I have to come up with twice as much interesting stuff about him. I know that there's a lot of information out there but most of it is pretty well known, so I'll have to go to the books, particularly those by Peter Guralnick and Elaine Dundy.

Both of these books, or more than one book in the case of Guralnick, have hundreds of pages so I probably won’t bother. I’ll just say something about the songs.

These are my selections. I’ll start this off by turning the record over. The flip side of the single of the A.M.'s first choice was my first choice. I know that because my sister bought the record, she’d play one side (the A.M.’s side, but you'll have to wait till next week to find out which one it is unless you bought that record as well back then) and I'd play the other, the one that wasn't a hit.

That song is I Was The One.

♫ Elvis Presley - I Was The One 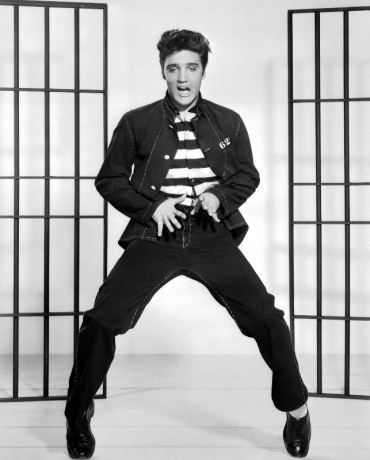 When I was a whippersnapper, not too long after the previous record, we had the EP (remember EPs?) of Jailhouse Rock. I say we because I can’t remember whether this belonged to my sister or me. We both would have claimed it no doubt, but as she is older it was probably hers as I wasn’t buying much at that stage.

This one had five songs on it, the five best from the film. Come to think of it, there were only five songs in the film anyway. This was the best film Elvis made, but that really doesn’t say much. Naturally the title song has to be here.

Although the quality of his songs, but not his singing, fell off somewhat after he returned from his stint in the army, there are still a number of them I like from that early sixties period.

The reduction in quality had a lot to do with the “Colonel” refusing to use any more songs from Leiber and Stoller after they chatted to Elvis without first clearing it with him. I won’t say any more about this complete waste of space of a person.

Here is one of the songs from that period I really like, She's Not You.

♫ Elvis Presley - She's Not You

King Creole was probably the last of the (rather few) decent Elvis films. He stopped trying after this one.

It started life as a book by Harold Robbins, A Stone For Danny Fisher. James Dean had already signed a contract to play the main character, however, due to circumstances, he was unavailable.

The film produced a couple of good songs, and I’ll start with the title track. However, I’m not playing the hit version, it’s an alternate take with the Jordonaires’ ooh and ahhing way in background instead of the prominence they had in the released version - a bit more stripped back, the way I like it.

It also has some fine guitar playing that’s closer to jazz than rock & roll.

Another song from that film tries to marry rock & roll and traditional jazz. Rock & roll won in this case, and the track is one of his hardest rocking numbers ever, Hard Headed Woman. 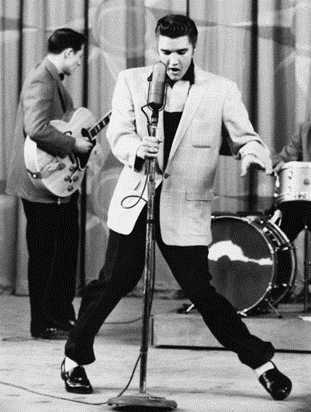 Back to the beginning, to the “Sun Sessions.” These are the songs he recorded with Sam Phillips at Sun Studios in Memphis that started him on his way to becoming the most famous person on the planet.

Don't was another Leiber and Stoller song that came out in 1958, backed with I Beg of You. Most of Elvis’s singles in the fifties were double sided hits.

I mentioned Jailhouse Rock up above. Here’s another song from that film, You're So Square.

♫ Elvis Presley - (You're So Square) Baby I Don't Care 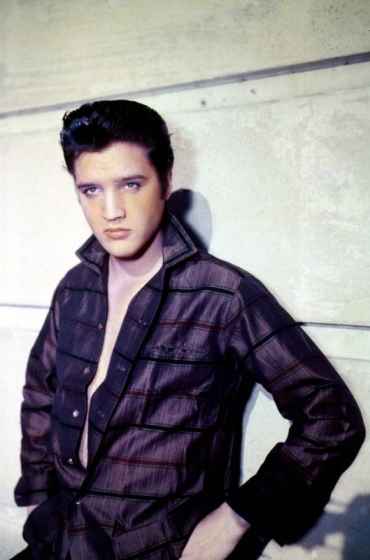 Just Tell Her Jim Said Hello was yet another Leiber and Stoller tune recorded in 1962. Without their song writing, Elvis’s music would have been the poorer as was shown later on when, as I mentioned, his manager kept them away.

I may be going over the top here, but this is one of his forgotten masterpieces. Okay, that’s a bit excessive, but it’s really good and it’s seldom mentioned whenever top Elvis songs are discussed. If only they could have dropped that annoying bell or whatever it is.

To finish, and in case you're curious about which song made both lists, here it is, His Latest Flame. 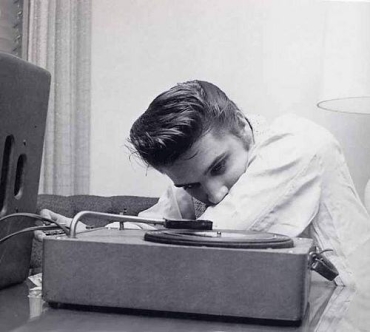 Recently, I heard on the radio almost certainly the worst song Elvis ever recorded. This is Yoga is as Yoga Does. If you’re unfamiliar with that one, and I admit I was until I heard it, it’s from almost certainly his worst film (and that’s saying something), Easy Come Easy Go.

That’s the general consensus. I haven’t actually seen it that I can recall. Fortunately for you all, I don’t have that song in my collection. Joe Bob sez check it out. Not.

One word — Elvis — defined a generation, at least musically.

I'll bet that even those who didn't particularly like his songs, or rock and roll, caught themselves toe tapping, if not humming, at least once.

The king still holds the crown.

Thanks, Peter, for heating up this cold, snowy morning!

you choose 2 of my favorites! I Was the One and Don't. My teenage soul melts as I listen to them again.

Not all that much an Elvis fan but there were some of his hits that still come up that get lodged in my brain and I find myself humming or singing them for days.

"His Latest Flame" will be one that will do this, I'm sure.

Am in total agreement with your (double) choice of "His Latest Flame" and am very much looking forward to part two. I was an adolescent when the Beatles rose to the fore and Elvis seemed "stale", but I have since discovered the many joys of his music. Thank you.

My (Catholic) musicologist friend remembers that he was not allowed to see "Jailhouse Rocks" as it was banned for viewing by the church. Today we hardly remember the "why" but I do, it was the hips. Very suggestive for those days. Thanks - you offered some songs I had never heard and I was a teenage member of the Elvis Presley Fan Club!