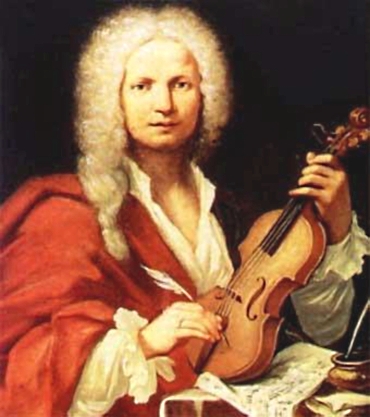 ANTONIO VIVALDI's most famous work won't be featured in today's column nor, indeed, in any column I write. You'll have to go elsewhere if you want to listen to it. I’ve heard those seasons so many times over the years I’d be quite happy never to hear them again.

There’s not much known about Antonio's personal life but what is known could be the basis of one of those best selling airport books or made into a film by Ken Russell. I’m surprised that he didn’t do it.

On the surface it sounds scurrilous: Antonio travelled about Europe with two sisters less than half his age; for most of his professional life he was the head music teacher for a girls’ orphanage; he earned serious money and lost it by investing in the opera business; he died a pauper far from home and his reputation languished in obscurity until the 20th century when vast amounts of his work were rediscovered all over Europe.

Alas, the surface isn’t the reality as far as we know. There probably wasn’t any hanky panky going on with the sisters or any of the girls at the orphanage because Antonio was really devoted to composing and playing music. But we’ll never know.

The sisters were Anna Girò (or Giraud) who was his favorite opera soprano and her sister Paolina. They lived with Antonio in Venice and, as mentioned, toured with him.

Anna was about 17 and Antonio 48 when they first met. Things were said about him in his lifetime. Guido Bentivoglio refused to allow Antonio to stage an opera in Ferrara. He claimed that Vivaldi was unfit for such an honor. He seems like yet another jumped-up city official who has an inflated opinion of himself. Those types are still around, unfortunately.

Antonio was technically a priest; however, he refused to perform mass. He said that his asthma hindered him from this performance. It didn’t seem to affect his ability to travel, write great works, perform them, teach or manage an opera house but who are we to quibble? 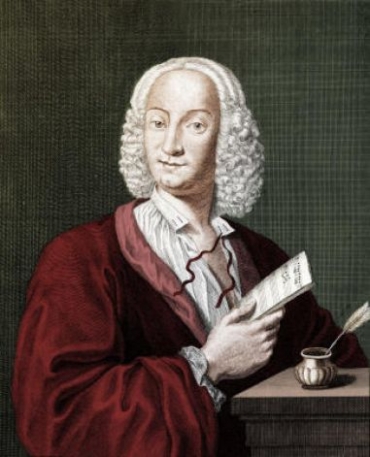 He took the position at the Ospedale delle Pieta (the Hospital of Pity or Compassion) the same year he was ordained and didn’t actually compose any religious music for the first 10 years in the job; it was all secular music.

This does rather suggest he became a priest only because it offered him a chance to compose and play his music.

The position called for him to teach the girls to play music and he had to write two concertos every month for them to perform. This is almost certainly the reason that he wrote works for many different instruments - to allow all of the girls a chance to perform. They must have had considerable ability as the works he wrote are quite challenging and not for any old hackers. His position was up for grabs each year and he often came and went as the whim took him but off and on, he spent 35 years at the Ospedale.

In between, he liked to travel, especially to Rome but also Amsterdam, Dresden, Bohemia and Vienna. Towards the end of his life, his music was out of fashion but Emperor Charles VI offered him a position in Vienna. Antonio sold a bunch of his manuscripts to finance the journey as he was rather skint at this point.

Unfortunately, Charlie died just after he arrived so there was no job there for him. Antonio died soon after and is buried somewhere there in a pauper’s grave.

J.S. Bach knew his works well and he transcribed several of his concertos for other instruments. They didn’t ever meet though; Bach was a bit of a stay-at-home person.

That’s pretty much what we know about Vivaldi. 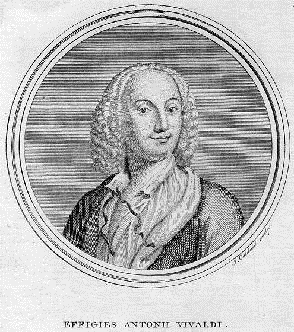 I’ve always liked the Baroque trio sonata; Handel was a master of this form. I see them as a sort of forerunner to the Classical string quartet, although there weren’t always just string instruments; Handel liked to bung in a flute or two in some of his.

Antonio wrote a number of these and I’m including one of them, Trio Sonata Op 5, No. 5 RV76, the third movement.

Concerto Op. 4 No. 7 in C major RV185 is taken from a set of concertos called “La Stravaganza.” Gramophone magazine describes these 12 concertos as quite extravagant stuff (not surprising, given the name), full of fantasy and experiment – novel sounds, ingenious textures, exploratory melodic lines, original types of figuration, unorthodox forms.

Well, we’ll see about that in the second movement of that concerto.

Mandolins are rarely heard these days outside bluegrass bands, but Antonio rather liked them, on the basis of his output. I don’t know how they were heard over the other instruments; even with modern recordings the rest of the instruments do rather dominate proceedings.

I’ve decided to go with the third movement of his Concerto for Mandolin, Strings and Continuo RV134.

I don’t know, I wouldn’t recognize a goldfinch if I tripped over one. Anyway, here is the first movement of the Flute Concerto in D, RV428.

The wonderful Cecilia Bartoli has recorded an album of Vivaldi’s works and naturally I’m going to include something from that. This is the aria, Dite, oimè from the opera “La fida ninfa”. The notes from the album describe this as having a melancholy lyricism. I couldn’t have said it better myself.

Next we have what folks in the music trade call a concerto for a bunch of things. Those with a technical bent might want to call this the Concerto in F major for violin, 2 horns, 2 oboes, bassoon, strings and bass continuo, RV569. This is the first movement.

I’ll finish with a cello sonata, indeed, cello sonata in B flat major, RV46 - the first movement of that one. Accompanying the cello there are an organ and a theorbo.

For those who are unfamiliar with that last instrument - and that would have included me until I did a bit of investigating - it’s a long necked lute, but has a second set of tuning pegs half way along the neck. It looks like this:

Thank you for showcasing some of Vivaldi's "other" works. I doubt if many folks realize that he wrote anything else besides The Four Seasons.

It is a shame that such wonderful music becomes so commercialized. For me, it ruins great pieces.

Thank you for these beautiful selections! Give me mandolins, violins and all of the other stringed instruments, and I'm a happy listener.

As an asthmatic, I'm guessing that maybe Vivaldi didn't want to perform mass due to smoke from incense that undoubtedly wafted through the church.

As for goldfinches, I know one when I see or hear one (they have a lovely, lilting call as they fly), but the piece didn't exactly call to mind the goldfinch song as I know it. Maybe European goldfinches sing a different tune.

P.S. I found a website that describes the theorbo and other unusual instruments:
http://www.catacoustic.com/instruments.html

That theorbo sure is one big lute!

I must confess that Vivaldi is not one of my favorite composers. I think one wag said that he composed the four seasons one time.

No matter what he composes it all sounds the same to me. Then why is it that I can hear his music just fine, but am unable to hear Motzart? Sigh!

How delightful! Vivaldi puts a smile on my face.