This has nothing to do with a Tom Hanks film from some time ago. This week, the music is mostly jump blues, rhythm & blues, straight blues.

This is somewhat inadvertent as I was looking through my music on the computer and noticed quite a number of artists whose first name seemed to be “Big” and saw there were more than enough for a column, so I went with it.

It just so happens that most of them belong in the categories mentioned. That’s fine with me. You’re probably ahead of me, but I wondered if I could do the same with “Little.” There were even more of them. That’s for another time.

I knew I had to include this track, however, I have finally found someone who has pretty much stumped me. As it turns out, she won’t be the last to do this.

BIG BERTHA HENDERSON made four recordings in the fifties. The first two were with Al Smith's Band in Chicago in 1952. Her last two were made with an unknown band in New York the following year. She may have retired to New Orleans.

That’s all I know about her and that’s thanks to the CD insert. I think this is her on the cover, but I’m not sure. 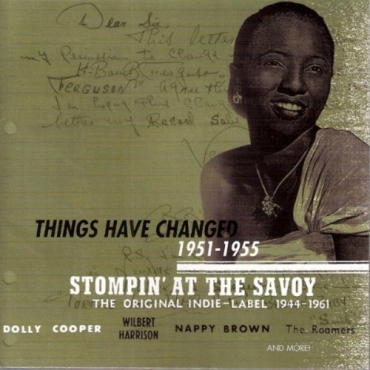 The track is one she made with Al Smith in 1952, and it’s his composition - Rock Bertha, Rock.

BIG WHEEL was the brain child of Jim Conway. 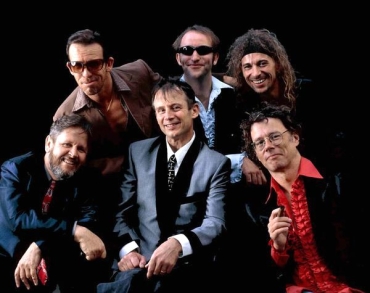 Jim, along with his brother Mic, founded the much-loved band, Captain Matchbox Whoopee Band, who were big in the seventies and were one of the most entertaining groups I’ve ever seen.

Jim is considered the finest of Australia’s blues harmonica players and amongst others, has toured with the great Brownie McGhee, taking over the Sonny Terry role.

Big Wheel isn’t a straight blues band. It includes elements of thirties’ swing and boogie, forties’ and fifties’ rhythm and blues, Caribbean, Latin and New Orleans styles of music. Anything else they feel like as well. This is Better Make the Most of It.

♫ Big Wheel - Better Make the Most of It

I’ve featured BIG JOE TURNER several times in these columns as he’s a favorite of both mine and Norma, the Assistant Musicologist. 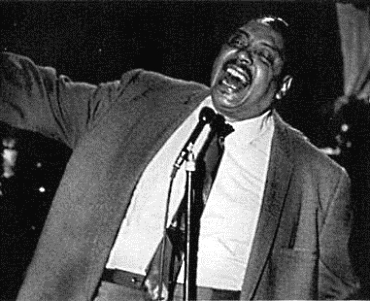 Joe started his musical career when, as a teenager, he became a bartender in Kansas City. Playing there was a pianist called Pete Johnson and Joe would sing along to the music Pete played. The patrons loved it and a musical career was born along with a life-long friendship as well between Pete and Joe. Pete played on many of the records Joe recorded.

Here, Joe sings Around The Clock Blues, a definite precursor to Rock Around the Clock, with Pete playing piano of course. It could almost be called Roll Around the Clock.

Janis Joplin and Big Brother and the Holding Company had considerable success with this next song. They’ll be featured down there a bit with a different tune. Here we have the woman who recorded the song first, BIG MAMA THORNTON. 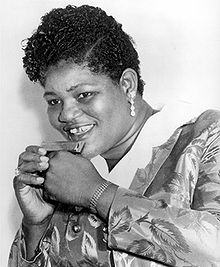 Willie Mae Thornton was from Montgomery and she made her singing debut in a local church. Her mother died when she was 14 and she joined the Hot Harlem Revue where she stayed for seven years. This gave her grounding on most aspects of show business.

Later she recorded Hound Dog some years before Elvis. That song hit number one on the charts and the flip side was called, They Call me Big Mama which gave rise to her nickname. Here she is with Ball n' Chain. Jape was a Texan and most of his career was spent as a disk jockey in that state. He was also a songwriter and wrote for his friends and recorded some himself.

You all know his biggest hit and how he came to be on that plane. I’ve gone for another of his tunes, Big Bopper's Wedding.

As mentioned above, we have BIG BROTHER AND THE HOLDING COMPANY just to bring a bit of rock & roll into proceedings. 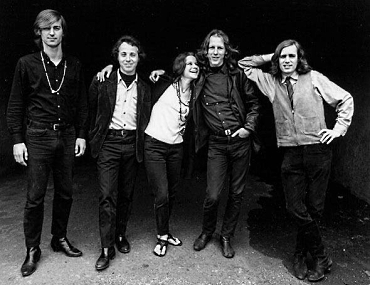 This is the group that first brought Janis Joplin to a wider audience, particularly their appearance at the Monterey Pop Festival and more especially the fine film that was made of that event.

This led to the group being signed by a major label. However, before that, they had recorded an album with an obscure label that maybe a dozen people bought. Here is a track from that early record, Turtle Blues. 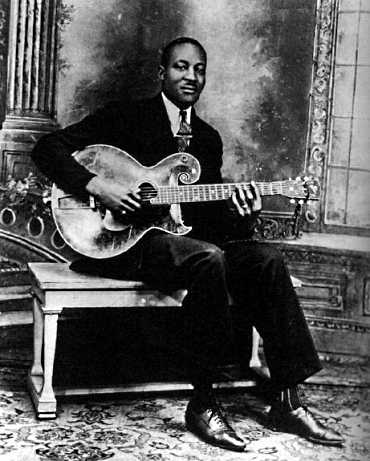 The family was certainly in Arkansas when he was young where Bill made himself a fiddle from a cigar box. He used this instrument to play spirituals and folk songs. He took up the guitar and was taught the instrument by a medicine show man.

Bill took a bunch of different jobs but he also performed at rent parties and other gatherings. A friend of his got him an audition at a record company and he recorded several songs, some successful, others not.

His reputation gained ground and he was asked to fill in at the Spirituals to Swing concerts at Carnegie Hall to replace Robert Johnson who had met his demise in interesting circumstances.

From there he had a great influence on the folk and blues booms of the forties and later in the sixties. Alas, he died 1958 from cancer of the throat. This is Bill with Lonesome.

Now to someone even more mysterious than Big Bertha Henderson, BIG MAC. We don’t even know his real name. Apparently he was a truck driver from Arkansas who recorded only one song that anyone knows about.

He had the help of the great guitarist, Hubert Sumlin on that track. After recording it, he left the studio and was never heard from again. The record was released in 1967 with an instrumental version of the tune on the flip side. 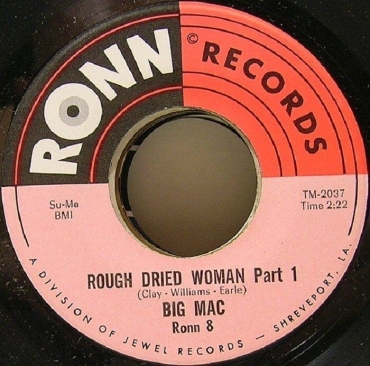 BIG MAYBELLE, or Mabel Smith, was from Jackson, Tennessee and sang gospel music as a youngster before switching to blues. 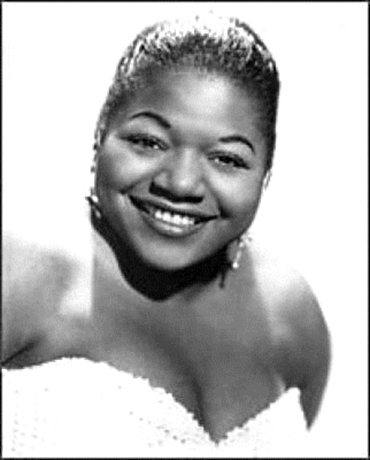 Maybelle’s career began in 1936 as a member of Dave Clark’s Memphis Band. She later toured with the International Sweethearts of Rhythm, an all female band.

Maybelle made her recording debut as a member of Tiny Bradshaw’s Orchestra where she also played piano. Initially, she released records under her given name but a producer gave her the name, Big Maybelle.

Maybelle died in a diabetic coma at the age of 47, no doubt exacerbated by her penchant for food and drugs. Here she performs Gabbin' Blues (Don't Run My Business), the first of her recordings released under the name Big Maybelle.

BIG MACEO MERRIWEATHER was a self taught pianist who was born in Atlanta. 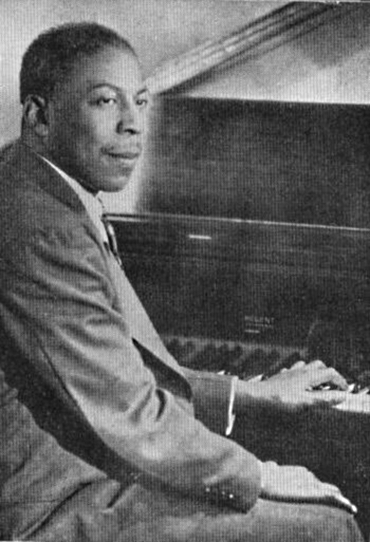 He moved to Detroit when he was in his twenties and played in clubs there as well as performing for rent parties and the like. He always had an inkling to go to Chicago, so he did.

There he met Tampa Red, master of the slide guitar, and they became firm friends as well as recording partners. His music had a huge impact on just about every post-war blues pianist and his songs were also influential on the blues revival in the sixties.

Unfortunately, he suffered a stroke in 1946 that put paid to his performing career and years of hard living caused a heart attack that killed him in 1953 at the age of 47. Here, with the help of Tampa Red, is County Jail.

While this isn't my favorite kind of music, I did enjoy County Jail, Ball 'n Chain, Better Make the Most of It, and Lonesome.

I also appreciated learning about the singers I hadn't heard of before today.

I like some blues. Thornton and Turner are familiar, but not the others.

Have a problem with singers whose voice quality abuses their voice as Joplin did hers, too. Sorry, just can't appreciate the nasal quality of the female singer with Big Brothers, either.

Glad these people were all able to make a living and find a following for their music careers. -;)

Big Brother was certainly able to hold their own with the black blues experts.

This musicologist LOVES the blues. Thanks for introducing some influences we had not heard before.