I thought I’d do some BOB DYLAN. “What took you so long?” I can hear my friends saying. 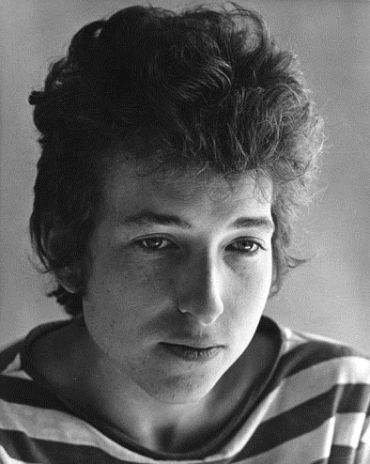 These won’t be the songs for which he is renowned though; I thought I’d select some tracks you may not have heard unless you’re a Bob freak like me. Here are some songs that might get you asking the question, “Is that really Bob?” If you do, my mission has been accomplished.

For this I’ll lean heavily on two or three of his albums that are generally not well-regarded, but I don’t care about that – I like them.

For the first tune you’d be justified in asking “Is that Bob?” because it isn’t. It was the first track on his “Self Portrait” album but he didn’t actually sing on it (this track, that is). He played guitar and that’s about it. The tune is called All the Tired Horses.

♫ Bob Dylan - All The Tired Horses

There are going to be several from that album. It’s the one that hardcore Bob fans love to hate. Except me. I would put myself in the hardcore category but I have a sneaky admiration for it and for his reason for releasing it, which I believe really boiled down to “Up yours” to all those who insisted on trying to turn him into something he wasn’t and didn’t aspire to be.

“I’m just a song and dance man,” he once said. Here is a cover of the Everly Brothers song, Take a Message to Mary. 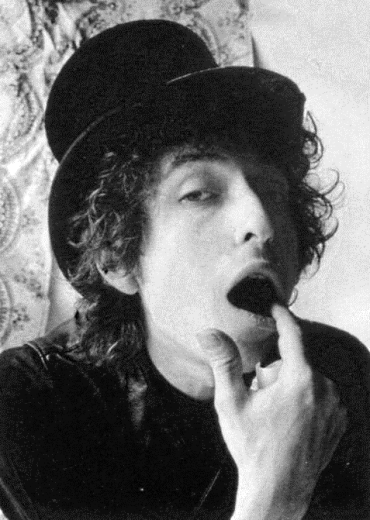 This song is quite recognizably Bob singing but I thought I’d include it as it’s a little different and that’s what we’re about today. The song, Spanish Is the Loving Tongue, was based on a poem written by Charles Badger Clark in 1907. It was set to music by Billy Simon in 1927, and many people have recorded it over the years. Bob’s just one of them.

Norma, the Assistant Musicologist, has already had her say on her favorite Bob tracks, pretty much all of which were versions by other people. She had a token track from the man himself and I’m going to include it as well because it’s such a hoot. If Dogs Run Free.

Some time ago, an album was released with various artists performing the songs of Jimmie Rodgers. Bob was one of them. His song is My Blue-Eyed Jane.

On a recent album, Bob teamed up with legendary bluegrass picker RALPH STANLEY, once of the Clinch Mountain Boys and later the Stanley Brothers until his brother died. 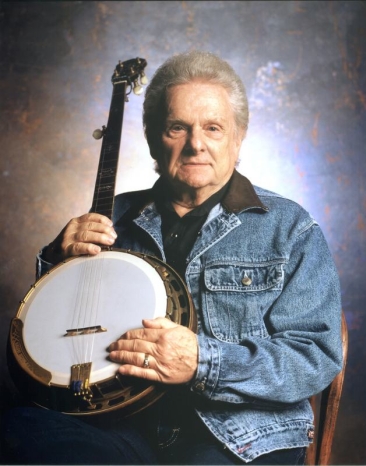 After Carter, his brother, died Ralph resurrected the Clinch Mountain Boys and this group has seen the beginning of many modern players in this genre. However, today it’s Bob and Ralph with The Lonesome River. 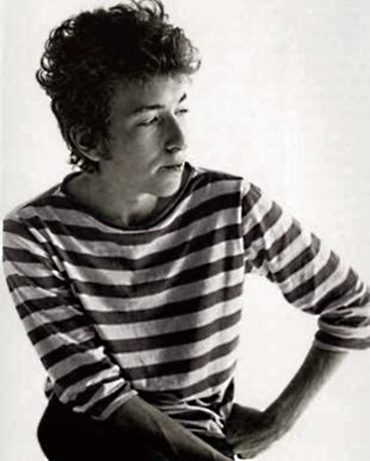 Another track from “Self Portrait”. Bob claims to have been amazed at the vitriol that accompanied the release of that album. He said that if Elvis or the Everly Brothers had released, it no one would have batted an eye. He also claimed that it was a meant as a serious release - however, we can’t see his cheek to determine where his tongue is. This is Belle Isle.

Bob and JOHNNY CASH recorded an album together that never saw the light of day. 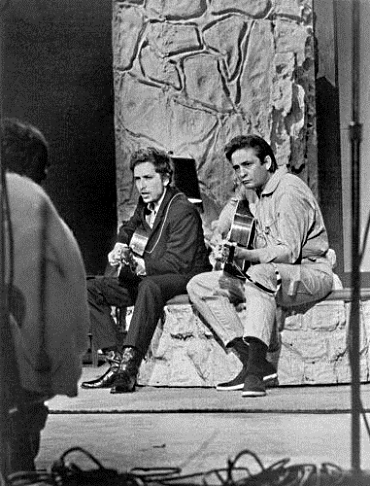 One of the tracks surfaced on the “Nashville Skyline” album. After listening to that unreleased album, it’s easy to see (or to hear) why this album didn’t eventuate; they spend most of the time trying to find a common key in which to sing, rarely succeeding.

Here is an example, one of Johnny’s biggest hits, I Walk the Line.

♫ Bob Dylan and Johnny Cash - I Walk the Line

A lot of Bob’s early songs are really tall tales. Around this time, he liked to affect a persona that was somewhere between Woody Guthrie and Charlie Chaplin. Here is an example of a tall tale, Rambling Gambling Willie.

I’ll finish with a quite recent song. This is from the “Tell Tale Signs” album, subtitled “Bootleg Series Volume 8” sub-subtitled “Rare and Unreleased 1989 – 2006”. With all those titles it’s amazing there was any space left for a cover photo.

Bob has recorded so much over the years that these “Bootleg Series” are a revelation to Bobists. You play some tracks and wonder why they didn’t ever see light of day on an official release. This is one of those, Red River Shore. 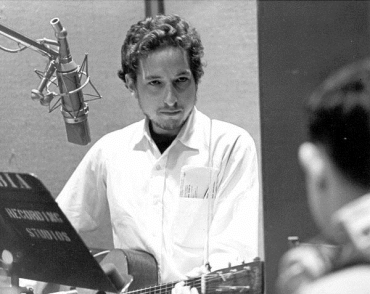 Thank you. A lovely postprandial treat. I was, indeed, unfamiliar with most of these songs.
I always look forward to Sundays, thanks to you.

Dylan is one of those "singers" known best for his outstanding songwriting. Depending on the song, his singing voice ranged from tolerable to awful. I'm not surprised the album with Cash was never released. Cash didn't have much of a singing voice either. The I Walk the Line duet shows the worst of both - it is quite bad.

Dylan's voice can be rather hard to listen to sometimes, but the poetry does come through. And so we keep on listening.

The Lonesome River is a wonderful collaboration.

Thanks, Peter, for today's selections!

I can certainly see why these songs are not his most well-regarded. (He really ruined the "Spanish is the Loving Tongue" song). And I say this as a great admirer of Bob -- his willingness to stretch, explore, try new things, not to mention his genius at songwriting.

When we divorced (my current husband says) , the x-wife wanted all the Bob Dylan albums and they were gladly given to her. To this day my husband's jaw sets when Dylan performs. I don't think it is entirely about the divorce. He thinks fondness for Dylan was more about teenage angst.

Great to hear these less well known songs... thanks for the music and comments.