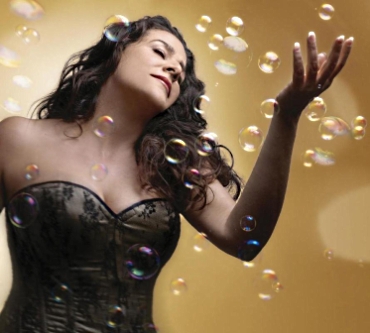 Today is Cecilia’s day. Hmm, I think Shakespeare said something like that, only more elegantly.

A lot of years ago - oops sorry Cecilia, that should read, some years ago - I was in my record store when I heard this divine voice. “Who is that?” asked I of the gentleman behind the counter.

He got out the CD that was playing; it was Cecilia’s first. I bought it immediately. I’ve bought a bunch since (but not all; I’m retired these days and can’t afford to do that). Nevertheless, I have quite a few and music from them will be featured today. 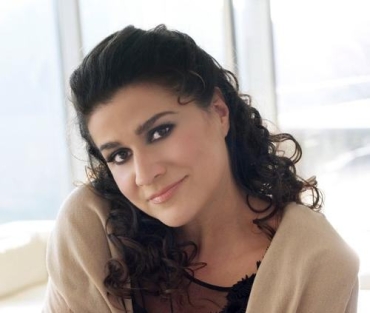 Cecilia was born in Rome in 1966 and mum and dad, both professional singers, coached the young Cecilia. Boy, did they do a good job.

She made her first appearance at the age of 8 in Tosca (she wasn’t singing the lead at that stage). Her first real role came when she was only 21, very young for an opera singer, and from then on there was no stopping her.

She’s a favorite of not only the public but her fellow musicians as well. Cecilia is a mezzo-soprano which I find more pleasing to my ears than the standard sopranos. I’d better stop here as I might slobber all over the keyboard. 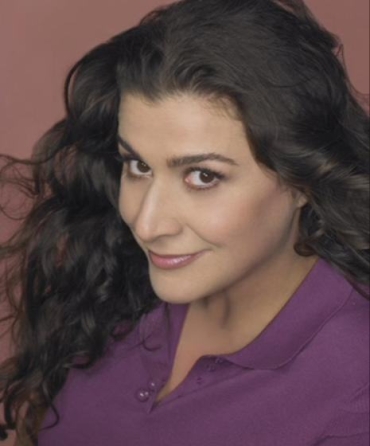 Norma, the Assistant Musicologist’s favorite opera is Norma. This has nothing whatever to do with its name she claims. It’s all about all the terrific singing, especially in the final act.

She also says that there’s none of that boring recitative in it. The opera was written by VINCENZO BELLINI and is a staple on the opera circuit. 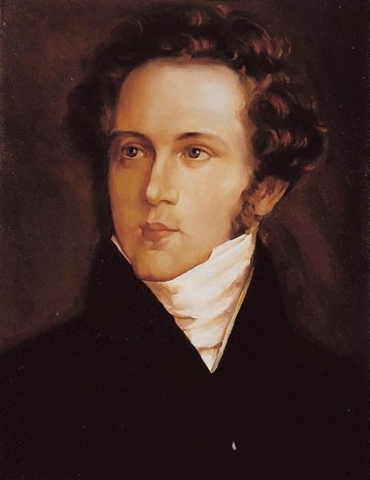 It’s claimed that old Vince was a child prodigy and could sing various opera arias when he was only eighteen months old. I find that hard to believe but you never know. He certainly learnt the piano and (it’s claimed) music theory before he was five years old.

Whatever the truth is, he could certainly turn out wonderful operas. Norma - and I go along with the A.M. - is the pick of them. Unfortunately, he died young, only 34, of an inflammation to his intestine (I don’t know if that was the big or little one).

Here is “Casta diva” from the first act rather than something from that tumultuous final act.

Although most noted for singing Mozart and Rossini, Cecilia also does quite a lot in the baroque field, VIVALDI especially, and we have some of Antonio’s music right now. 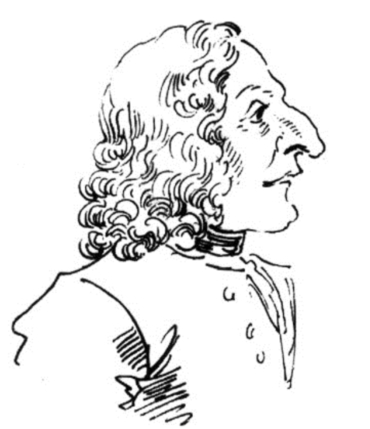 On the surface, it looks as if Antonio lived an eventful and rather interesting life. You can find out more about him in this previous column. The facts are more prosaic and he probably spent most of his life composing and playing music.

Cecilia sings “Dell'aura al sussurrar” from the pastorale (a fancy name for an opera) Dorilla in Tempe.

To my favorite of MOZART's famous operas, Don Giovanni (I also have a soft spot for Idomeneo). 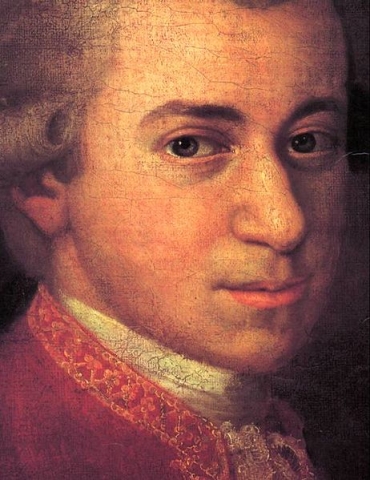 Wolfie has featured quite a bit in these columns and will no doubt do so again so I’ll not bother saying anything further about him and just play “Là ci darem la mano” from Don Giovanni, a duet Cecilia performs with the excellent bass baritone, Bryn Terfel.

ALESSANDRO SCARLATTI was the father of another noted composer, Domenico Scarlatti, and another not so well known one, Pietro Scarlatti. 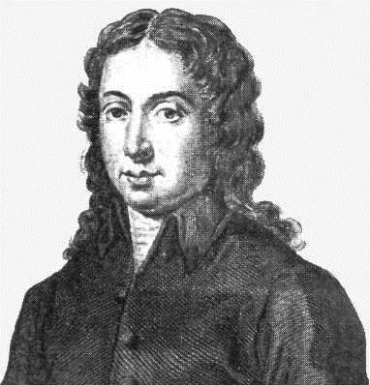 Alessandro was born in Palermo and was taught music by Carissimi, then the most celebrated composer in Italy (or what we think of as Italy these days). He turned to composing opera at the behest of his sister who was an opera singer of note as well as being the mistress of an influential noble who was willing to shell out moolah for such things.

Although mostly rooted in the baroque era, Alessandro’s music is also a link to the classical. Here is possibly his most famous aria, “Già il Sole Dal Gange” from the opera L’honestà negli amori.

PIETRO MASCAGNI lived to a reasonable age; he was 81 when he died in 1945. 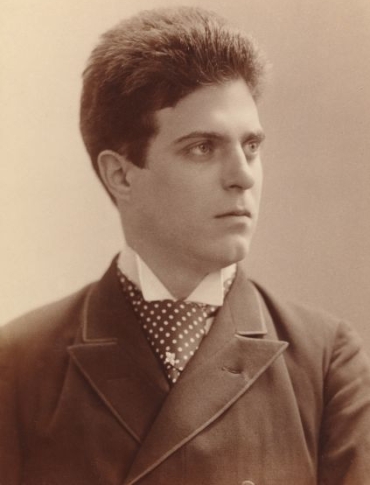 Like most of the composers today, old Pete was Italian. He is often thought of as a “one opera man” because of the huge success of Cavalleria Rusticana. However, I’m going to show that that’s not so.

For a start, he wrote 15 of them, as well as orchestral and other works. He pretty much took over from Verdi when he died, although Puccini might have something to say about that.

He also conducted Verdi’s Requiem in commemoration of him. Pete traveled extensively, to all the famous opera houses of the world and a lot of the others as well.

From another of his operas, L'amico Fritz, this is “Tutto tace.”

On this, Cecilia is joined by a singer probably even more famous than she is, Luciano Pavarotti.

GIUSEPPE PERSIANI was an Italian opera composer who had written an opera or two when he married the then famous soprano, Fanny Tacchinardi. 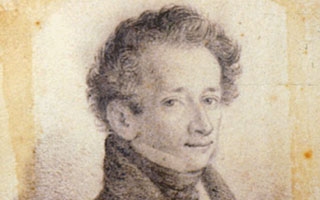 Giuseppe then wrote a whole bunch more operas to support Fanny’s career. However, his most famous opera, Inês de Castro, was written for another famous singer of the time, Maria Malibran, a mezzo-soprano.

Alas, Maria kicked the bucket before it was complete and he reworked it for his wife. This became a great success and was often performed over the next couple of decades. Now the circle is complete with another mezzo performing “Cari giorni a me sereni” from that opera.

Although CHRISTOPH GLUCK was born in Bavaria and spent as lot of his working life in Vienna. His work is often influenced by French and Italian composers. 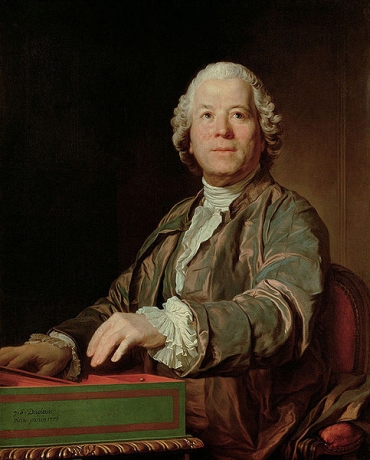 Chris was an opera composer of the early to middle classical period. His most famous opera is probably Orfeo ed Euridice. He was so taken with French style that he moved to Paris when he was about 60. There he wrote some more, some of which were hugely successful.

When one of them, Echo et Narcisse, went over like a lead balloon, he spat the dummy and returned to Vienna where he stayed for the rest of his life.

This is “Tremo fra' dubbi miei” from his opera La clemenza di Tito.

ANTONIO CESTI was born in 1623 in Arezzo, in Tuscany. He was not only a composer but a singer of note and an organist. He was considered the foremost composer of his time around his neck of the woods. 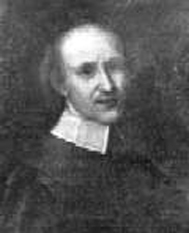 He became a monk and joined the Franciscan order. However, he wrote a bunch of secular music for the Medici family and later became a member of court to the Archduke of Austria.

All this secular nonsense got him ticked off by the church bigwigs. It can’t have been too serious as he entered the papal chapel in 1660. That lasted six years and he was off again, this time to Vienna. Not long after that he died in Venice.

He’s known these days as a composer of operas as that’s what he did mostly. This is an aria called “Intorno all'idol mio” from one of them, Orotea.

LEONARDO VINCI was an Italian composer and was born in 1690. He was best known for his operas along with most of the composers presented here today. 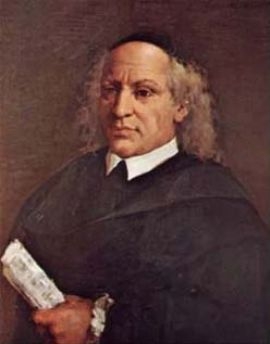 Now, there was another famous person with a similar name but as far as I can tell, the painter of the Mona Lisa didn’t write music. I could be wrong as he seemed to have done everything else.

This Leo was most famous for his opera buffe, which is not opera performed without any clothes unfortunately, but is a fancy term for comic opera. Of course, you probably need to speak the language to get the jokes.

Apparently, Leo was poisoned after an “ill-advised” affair when he was about 40 years old. It sounds as if he got on the wrong side of the Medicis.

Anyway, this is “Cervo in bosco” from his opera Il Medo. 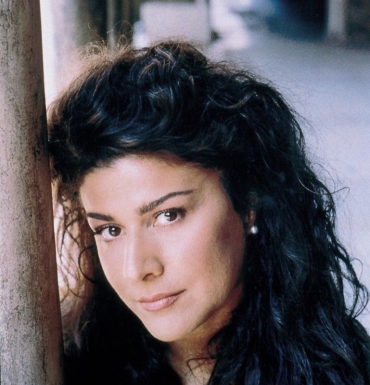 Magnificent! I slobbered over "Cervo in bosco". Thank you!

What a voice! Wow!

And most interesting and informative commentary as well.

Perfect for a Sunday.

Thank you, Peter and Norma.

Thank you for introducing this singer to me. I loved her control, her soft passages. Beautiful.

(Is it just me, or does the first photo look like she's wearing only an undergarment?)

It may look that way, Marileana, but the other shots from that photo shoot shows that it’s definitely a dress.