GOP WAR ON WOMEN
This political season has been rough on women and it's damned hard to find any other way to define it than as a war on women.

The Washington Post reports this week that advertisers are “trickling” back to Rush Limbaugh's radio show and Robert Pittman, CEO of his distributor, Clear Channel, issued a strong endorsement:

”Pittman called Limbaugh 'the king' of radio and said outrage over his comments was 'part of the normal day-to-day of talk radio.' The controversy, he added, has not had a major financial impact on his company.”

All the more reason to keep this video from MoveOn circulating:

ELDER STORYTELLING PLACE WRITER PUBLISHES EBOOK
Chuck Nyren is one of the first people I got to know via blogging some years ago. He is a marketing expert who specializes in elders and blogs at Advertising to Baby Boomers.

On the side, however, he writes some wonderfully quirky stories about life and living, a few of which have been published here at The Elder Storytelling Place. Now he has gathered those and whole lot more into a Kindle ebook titled, Underhand and Other Stories. 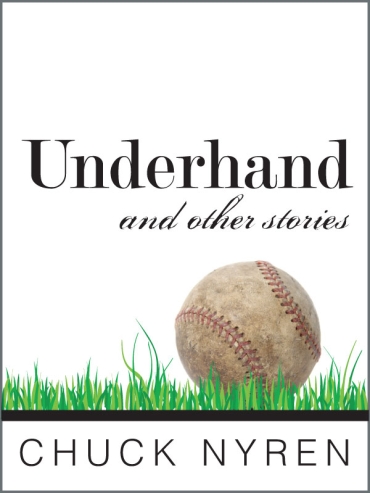 You can find the ebook at Amazon where it downloads for just $2.00. There is also the “look inside” feature so the first few stories are available free.

SOLDIER DOGS
Remember how fascinated we were when we read about Cairo, the Belgian Malinois who was a part of the Navy SEAL team that led the raid on Osama bin Laden's compound?

Now there is a book titled Soldier Dogs by Maria Goodavage who stopped by The Daily Show with Jon Stewart this week. It's a terrific interview.

HISTORICAL MAD MEN, WORD FOR WORD
In the first scene of the season opener of Mad Men last Sunday, workers at rival ad agency, Young & Rubicam, are dropping water bombs out the window onto protesters picketing poverty the street below.

Confronting those men in their office, one of the picketers, a black woman, says, “And they call us savages.” Some people said the line should never have been written into the story. But it wasn't. It was – as they say – ripped from the headlines of 1966: 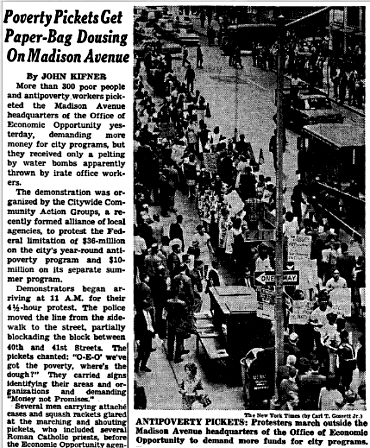 Long-time New York Times reporter, John Kifner – barely more than a copy boy at the time - was in the room during the confrontation and quoted the woman directly. Read all about it here.

According to the first comment on the YouTube page, the video is based on a true story. (Hat tip to Darlene Costner)

GLOBAL WARMING AND RISING SEAS MAP
Science-challenged politicians notwithstanding, there are real consequences to global warming. Did you know that sea levels have risen about eight inches since 1880? And they continue to rise.

There are 3,000 or so communities at risk on the coasts of the United States and if seas continue to rise as their current rate, by 2100 – well, let's just say it looks like the house I lived in in Greenwich Village will be beachfront property.

Here is a 2100 map – the dark gray areas along the coasts show where land is today: 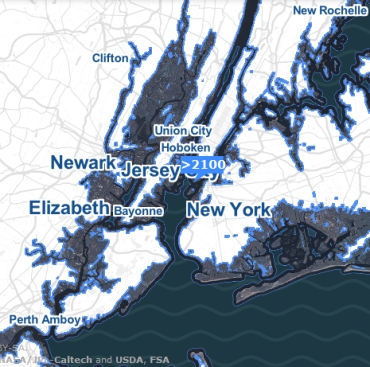 Climate Central has provided this interactive map where you can plug in your Zip Code or click on a coastal city name and using the slider provided, watch how far inland the ocean will extend over the next 90 years.

And you can read more about all this at The New York Times.

TECH-DEFICIENT OLD PEOPLE
TGB reader Marion Dent and Nikki who blogs at From Where I Sit both sent along this video. None of us finds it funny; what about you?

ELDER UTAH WOMAN CLIMBS WORLD'S SEVEN TALLEST PEAKS
As Pat Henetz reports in The Salt Lake Tribune, 65-year-old Caron Masheter became the oldest women in the world, this year, to reach the summit of the highest mountains on each of the world's seven continents.

”It’s likely she will keep the record,” reports Henetz, “because those who issue permits for Everest in Tibet have since decided no one over 60 can attempt the climb.”

Normally, I avoid stories about elders and extreme sports due to the implication that any old person not behaving like a 25-year-old is somehow failing. But Ms. Masheter, a retired endocrinologist, is whole lot more interesting than that. You can read the entire story here.

CANINE SURROGATE MOM
You're gonna go all mushy over this story and there is no point in saying more than that. (Hat tip to Karen Snyder)

I didn't catch the joke, but G loved the iPad in the dishwasher.

I DID find it funny! I can see where someone who has no interst in technology would think an iPad was a cutting board. There are a LOT of people out there who aren't even vaguely interested, and I applaud their freedom to have that choice. I've offered numerous times (at least 10) to get computers for seniors I know, and teach them how to send e mails and look at what's available on the net. Not one was interested.

Thanks for letting us know that Chuck Nyren's book "Underhand and Other Stories" is available in a Kindle Edition.

I ordered it right away and was delighted to see that the very first story he tells is the one that captured my imagination more than 5 years ago on your Elder Story Telling Place.

The story is called " A Minimalist Afflatus" and is one of the funniest pieces I have ever read.

I hope your readers do themselves a favor and order Chuck's book,if only to read this story.

I got a good chuckle from the iPad thing when I realized he'd used it as a cutting board. Have to wonder if the dialogue added anything.

I wrote a long time ago about global warming, wondering what tune the "deniers" would be singing when the ocean inundated their beachfront properties. Oh well, it's their loss (or their heirs').

The war on women doing a number on me and my blood pressure! My dad was an OB/GYN (and, interestingly, a lifelong Republican). Amazing what a little education, compassion, and open-mindedness can do.

I'm extremely disappointed to hear about the age restriction on Mt. Everest. A lot of 60+ mountaineers have made that climb. My guess is the restriction was an easy, purely arbitrary solution to the extreme over-crowding on the mountain in recent years (yep, there are life-threatening traffic jams even up there). My heartiest congratulations to Ms. Masheter on bagging "The Seven Summits," mountaineering's greatest achievement.

"Truth is stranger than fiction." Look forward to seeing this seasons "Mad Men" when it gets to DVD. I think that show is pretty on target for telling it like it was in the late 50's and into 60's, so far. You didn't have to be living in NYC, interacting with the big advt. agencies, or TV stations to encounter people, attitude and events they portray.

Thanks, Nancy! I have a fan club of two (if you include Ronni).

Seriously, what a pleasure to be associated with Time Goes By. It's way beyond simply a blog, now. Ronni has turned it into the spot for everybody over fifty.