I’m going to infect you all with earworms. “What are earworms?” I hear some of you asking.

These are the songs that lodge in your brain and stay there for a day, maybe two, a week - a month even, if the virus is particularly virulent. These are my earworms, not necessarily yours, but they may become yours after you’ve listened to them a time or two.

It also means that my brain will be ruined for the foreseeable future. The things I do for you.

Of course, by playing a bunch of them they might cancel each other out. We’ll see. Don’t worry, we won’t be playing “that bloody Enya song,” to quote Norma, the Assistant Musicologist.

I’ll start with probably the second worst song in this genre. This is no reflection on the song itself; it’s quite a nice one. When I say worst, I mean in the earworm sense. A song that will stay for at least a week, maybe longer, means it has reached the exulted silver medal status.

You may remember MICHAEL NESMITH as one of the Monkees. 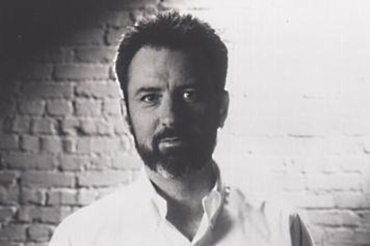 He also had a decent solo career, producing some fine albums that didn’t sell a lot but I like them. On one of those albums, “Magnetic South,” is the song Joanne. Another one of his, Different Drum, could have been a contender as well but I don’t mind having that one in my brain, especially Linda Ronstadt’s version.

A song I’ve heard rarely since it was a hit in the sixties, but each time I hear it I wish I hadn’t because, of course, given the topic today, it remains resident in the noggin until flushed by something even more annoying.

This is by DAVID McWILLIAMS about whom I know little. 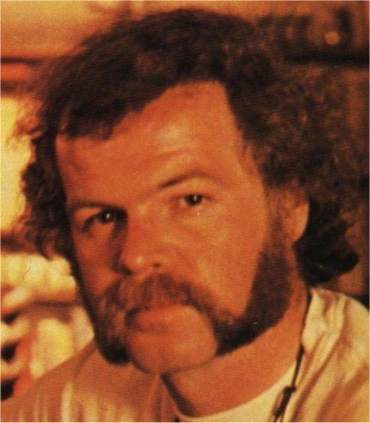 Checking Dr. Google, it seems that Dave was from Belfast and he almost became a serious soccer player until he was seduced by show biz. He recorded a bunch of albums, the second of which had this song on it, The Days of Pearly Spencer. Unfortunately, Dave died of a heart attack when he was only 56.

As I mentioned with Mike Nesmith, the songs don’t have to “bad” songs to stick in the mind. To demonstrate, the next four are some of the finest pop tunes around, starting with MARVIN GAYE. 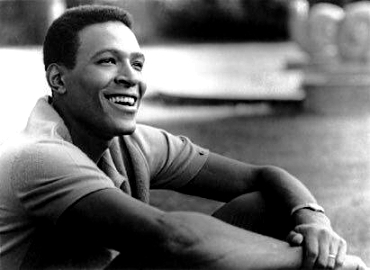 Marvin was a singer, songwriter, pianist, drummer and he recorded the most important album Motown records produced (“What’s Going On”). He also recorded some of the best pop songs from the sixties, both alone and as a duet with Tammi Terrell.

One of his songs I quite regularly sit around mumbling to myself is I Heard It Through the Grapevine.

THE MAMAS AND THE PAPAS have a couple of songs that could be included in this category. 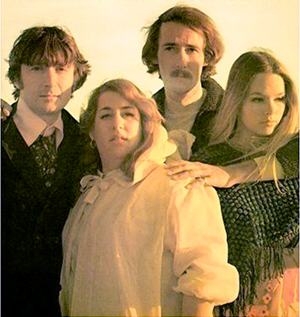 I won’t mention the others as they have one champion earworm song and that’s California Dreamin'.

♫ The Mamas and the Papas - California Dreamin'

JOE TEX pretty much taught James Brown his complete act. Okay, that’s not quite true; it’s more that James shamelessly ripped off the act from Joe. He also tried to shoot Joe once. He missed but hit a member of the audience (not badly, fortunately). 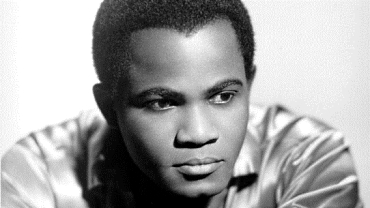 I must admit that I have been known to walk around the streets of Melbourne, particularly when I’m foraging for provender at the various markets I visit, singing this song to myself. I even sing the “ta ta ta ta ta ta” guitar part sometimes out loud which causes the A.M. to tell me to shut up (she doesn’t really say that, she’s a very polite person, that’s just the way I interpret it).

The song is Show Me.

You all know ROD STEWART. 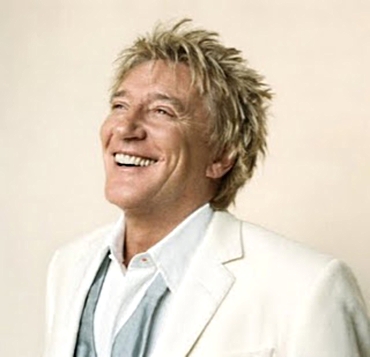 You all know his most famous song. Well, I think it’s his most famous; it’s also an earworm for me. The song came from back in the day when Rod was a great singer on the cutting edge of popular music, before he started marrying tall blondes, before he had so much money he could do what he liked in the recording studio.

Nothing wrong with those songs, it’s just the early ones are far better. Lordy, I’m sounding like a grumpy old musicologist. Here is Maggie May.

THE SUTHERLAND BROTHERS AND QUIVER is the rather awkward name for the next contender. 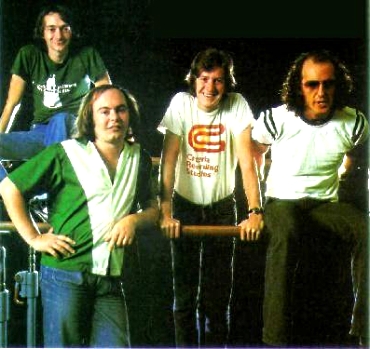 Gavin and Iain Sutherland started their musical life as The Sutherland Brothers Band in Scotland. They met another band called Quiver who started out as Tim Renwick and John Lodge. The number of people in Quiver fluctuated quite a bit even after the two groups had amalgamated. Never mind.

They recorded half a dozen albums together and eventually split into their original groups. They had one really big hit which is the one we’re interested in today, The Arms of Mary.

Later, on one of their comeback albums, the Everly Brothers recorded a superior cover version of the song which is even more earwormy but we’ll stick with the original today.

JACK SCOTT or Giovanni Scafone to his mum and dad, was from Windsor, Ontario, just across the river from Detroit. 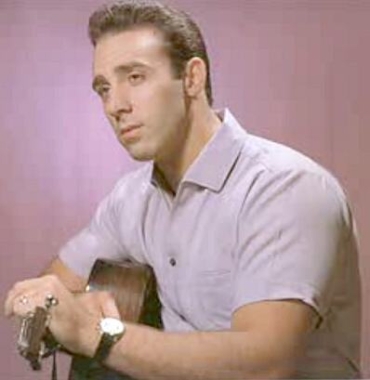 His father taught him to play guitar and after the family moved to Detroit, Jack started a band called the Southern Drifters. They were reasonably successful around town and after several years he went out on his own.

After some local hits, he made it big nationally with several songs including What in the World's Come Over You? in 1960. This is his candidate for earworm notoriety. Jack’s still performing, mostly around Detroit.

An unlikely candidate, given that most of these are pop songs, is Dave Brubeck. Or more particularly, the DAVE BRUBECK QUARTET. 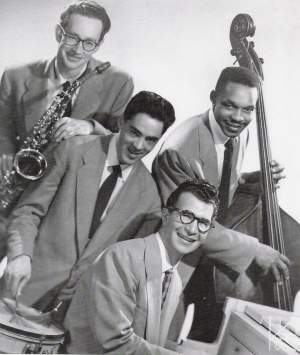 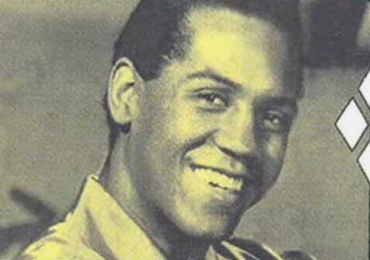 I’ll finish with the world champion earworm, the gold medal winner, one that’s infected me intermittently for the last 50 years. The A.M. agrees with me on this one. This is the worst infection you can imagine. Listening to this one only once is enough to keep it in your brain for many weeks.

This song was top of the charts, at least around this neck of the woods, in late 1959. EMILE FORD had a few other minor hits but this was his biggest hit, the one he’ll always be remembered for as far as I’m concerned (how could I forget it?): What Do You Want to Make Those Eyes at Me For?

Postscript: I completed this column several days ago and I must report that each morning since I’ve woken up with my brain singing Joanne to me.

I began to list some of the tunes that have bored into my brain over the years, and then realized I did not even want to utter their names. Fear, pure fear.

In my experience, the only thing that can remove one of these parasites is to introduce another tune into your head, or several. I can only wish you luck...

The "infections" in my musicologist's ear are Maggie May and Take Five. This assistant musicologist noticed that strange body movements are also a symptom of the infection. Great to boogie so early in the day. We must admit, there were several tunes we had never heard of and that is always fun. Thanks for the memories. . .

As you no doubt know I have a cochlear implant and it destroyed my ability to hear music. I still keep trying in the hope that I will be able to hear music the way I know it should sound some day.

Therefore, having heard the Brubeck Quartet in person (with Paul Desmond) and loving TAKE FIVE I listened closely to your post of it. It was interesting that I heard the bass, percussion, and the Saxophone but was unable to hear Dave Brubeck on the piano at all. Without Dave, TAKE FIVE was just jazz rhythm. I had to fill the melody in by using my memory.

I didn't remember "Joanne" till I heard the opening notes. I loved that song in the long ago! Thank you for bringing it back into my consciousness.

Thanks a lot, Peter. Really, thanks a lot! I enjoyed these earworms. Have had many such infestations through the years.

I Heard It Through the Grapevine is one of the best earworms ever.

Remember when the commercial for California raisins played on tv, to the tune of Heard It On The Grapevine? (Did that commercial appear in Australia, or just the USA?)

During that period, Marvin Gaye rattled around in our heads practically non-stop. Good thing it is a great song.

Nope, we didn’t get ads for California raisons here in Australia. We have our own raisons. I don’t remember any ad that used “I Heard it Through the Grapevine”, and that’s a good thing. I really don’t like it when they use songs I like (or even ones I don’t).

Desmond's and Brubeck's "Take Five" is a classic! I still enjoy it to this day.

I enjoyed "California Dreamin'" (long before I lived here or knew I would be as it wasn't a particular goal to come to Calif.)

"...Grapevine" a novel little tune. Got a kick out of the later raisin commercial, too.

Am quite unfamiliar with all the other songs and some of the artists.

I recall when "The Monkees" group was formed specifically to be a TV show which stirred up quite a bit of controversy about putting a musical group together in such a crass manner. In time the group proved to be a musical group that attracted lots of fans and the show survived as did the group. I was occupied otherwise and never watched the show, or heard the group, so didn't know the song you have here.

Oh yeah, Joanne"! The Best Mindless Earworm ever, "Suzy Q" (CCR).
Others for me, Dobie Gray, Drift Away and the Stones's "you Ca't Always Get What You Want". Obscure Earworm:
Come Up and See me (Make Me Smile) by Steve Harley:
http://www.youtube.com/watch?v=Fxoke4yuWlI