It’s interesting to me that I find that the best interpreters of Leonard Cohen’s songs are mostly female. Okay, Joe Cocker did some fine interpretations but I thought there were a couple of better ones than his and they are included today.

So Joe misses out.

LEONARD COHEN is a Canadian poet and author who turned to songwriting and singing, and both these endeavours made him a lot more famous than the previous ones. 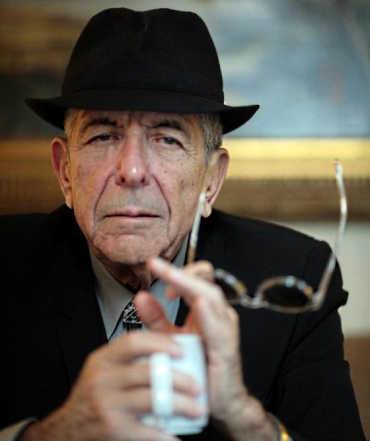 Lennie was born in Montreal and attended McGill University where he won a serious prize for creative writing. This led to his publishing several books of poetry and eventually a couple of novels. He spent much of the sixties on the Greek island of Hydra writing poetry and the novels and eventually songs.

He later made it to the United States appearing at various folk festivals where he caught the eye and ear of John Hammond who signed him to Columbia records. His first album was a cult success and many other artists recorded songs from it.

This is one of the songs from that album, Sisters of Mercy.

I used to think that Judy Collins was the finest interpreter of Lennie’s songs. That was until JENNIFER WARNES released her “Famous Blue Raincoat” album. This is an album of covers of his songs. 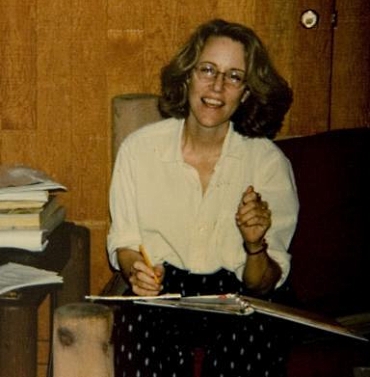 Jennifer worked closely with Lennie on this album and they sang a duet on one of the tracks. A couple of his songs made their debut on the album, including this one, First We Take Manhattan, which may be the best versions of one of his songs (and that’s saying something).

The track has the late great Stevie Ray Vaughan playing guitar on it.

I think Judy Collins does the best version of Bird on a Wire, but I have her performing another song. Joe Cocker does an admirable job too, but I’m going with the version by JOHNNY CASH. 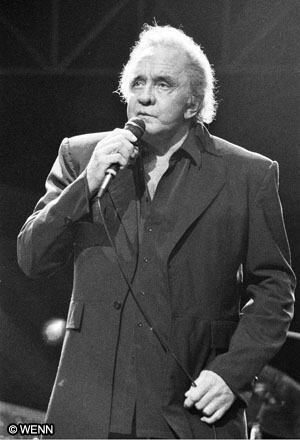 Johnny recorded this towards the end of his life in that series of extraordinary albums overseen by producer Rick Rubin, when no one else wanted to have anything to do with him. These produced some of the finest and most moving tracks of his career. Bird on a Wire is one of them.

♫ Johnny Cash - Bird on a Wire

The first time I heard Lennie’s songs was on various JUDY COLLINS albums. 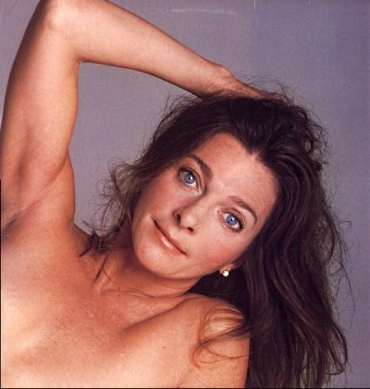 She had a couple on “In My Life,” a very fine album indeed, including the first recording of Suzanne. Although her version is the gold standard, I have someone else performing that song today. Judy’s next album, “Wildflowers” gave us three more of his songs, including the one today, Hey, That's No Way to Say Goodbye.

There were a couple more on her next album as well, but we have the song we want.

Another song from the man himself, LEONARD COHEN. 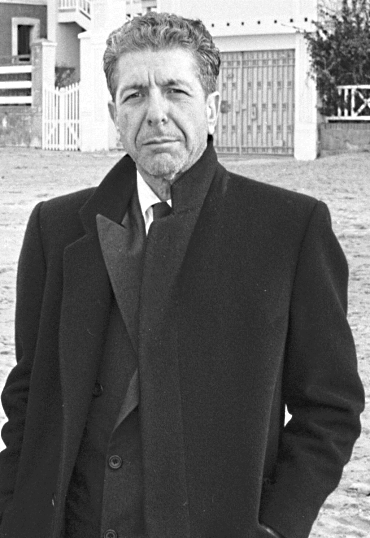 This is the Stranger Song taken from that remarkable first album of his, “Songs of Leonard Cohen.” This is another album on the short list of best first albums, even if you only consider the songs.

There are any number of fine versions of possibly his most famous song, Suzanne. I’ve decided on a little change of pace and I’m going with NINA SIMONE. 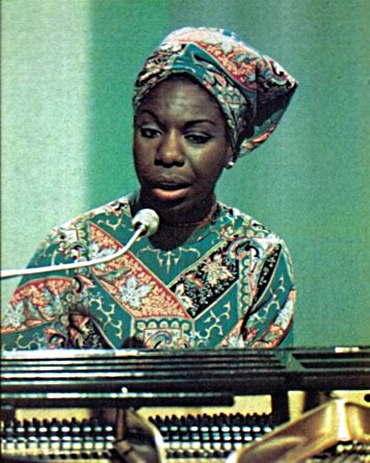 Nina has always had an interesting and diverse taste in the songs she has covered. Of course, anything she recorded is worth listening to. Here’s her take on Suzanne.

The next tune had to be present. It has been recorded by so many people it’s a bit of a cliché these days. Most people think Jeff Buckley’s is the version. Not me though. The one I like is the first I heard and it’s by VINCE JONES. 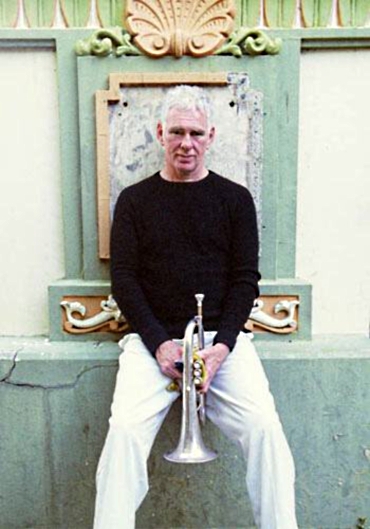 Vince is an Australian jazz trumpeter and singer in the Chet Baker mold, although without the destructive lifestyle that Chet affected. Vince sings and plays with a reserve and subtly that adds enormously to the music. His version of the song is from a live album he recorded many years ago, but it’s still wonderful.

MADELEINE PEYROUX was born in Georgia but grew up in New York, California and Paris. 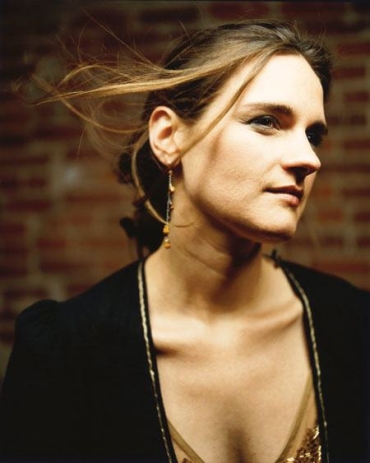 She has said that her parents were a couple of hippies and also that they were eccentric educators. Everyone should have such parents.

Her singing style is an interesting mix of Billie Holiday and Patsy Cline with some others thrown into the mix as well. Whatever the influences, she’s made it her own. Here she sings Dance Me to the End of Love.

Another from JENNIFER WARNES. 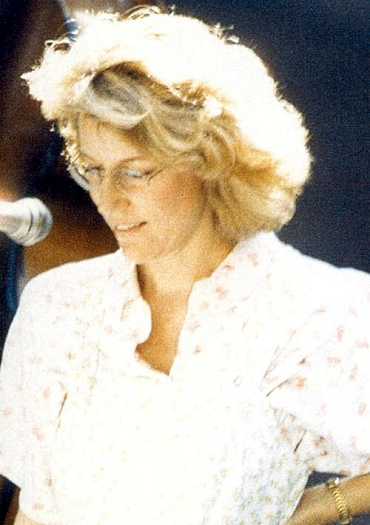 I know, there are hundreds, probably thousands, of artists who have sung Lennie’s songs, some of whom I could have included but why bother with anything but the best?

The prominent bass is played by Rob Wasserman from whose album this track is taken. The song is Ballad of the Runaway Horses.

I’ll finish with LEONARD COHEN himself with his paean to Janis Joplin with whom he had a brief liaison at New York’s most infamous hotel, the Chelsea. The song is Chelsea Hotel No 2. 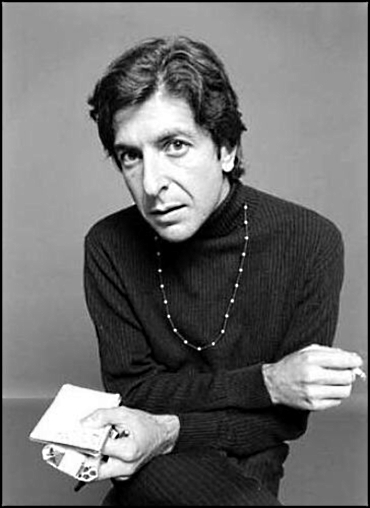 Bravo, I love Leonard Cohen's music and your post is such a treat!

Ahhhhhh. Thank you, Peter! Leonard Cohen's songs stir the blood and soothe the soul all at the same time.

His latest album, Old Ideas, is wonderful. I think I prefer his "old" voice to his young one.

I recently watched his Live in London DVD. It's about as perfect a performance as I can imagine, by Leonard and the singers and musicians who underpin his songs and make them shine like gold.

Brilliant. Thank you. I used to think listening to Leonard Cohen when one was sad was DANGEROUS ... but now I know that was just because I was young. Er.

Lovely. I first became aware of Leonard Cohen's songs many years ago, at an outdoor concert that I attended at the spur of the moment. Hearing these today brings back memories.

Wonderful! I've always been a fan of Leonard Cohen (not sure about calling him Lennie :)

I hadn't heard some of the interpretations you included - they're great. On my list would be KD Lang's Hallelujah and The Laws do the most sensuous version of Dance Me to the End of Love.

In the 70's, my roommate (a publicist) gave a party for Leonard at our house in Vancouver. He was on a book tour for Death of a Lady's Man. My one claim to fame :)

Thanks for your wonderful column. I look forward to Sunday mornings.

My musicologist's thoughts turned to self destruction with this offering of Leonard Cohen music! Perhaps my musicoloist just hasn't grown up (see Laura's comment). Anyway, we are giggling over this. I agree, KD Lang's version of Hallelujah is fabulous!

Great post, but I think the KD Lang version of Hallelujah is better :-)

I think "Lennie" is legit, a friend used to pal around with him in his Montreal days and that's how she refers to him.

A poet who spent time with Janis Joplin and in a monastery! What’s not to love? My favorite Halleluiah cover is by Rufus Wainwright. I recommend the documentary “I’m Your Man” for more about this fascinating, talented man.

A jewel of a playlist. What gifts you bring us! Thank you.

Sigh.... thankfully you don't wear out the grooves on a DVD, or else I'd have had to buy my Cohen albums again and again and again... I too love his "old voice", for me "Anthem" and "Love Itself" cannot be beat. Thank you.

Another vote for Leonard Cohen's more mature voice :-) The Live in London album is my all time favourite. Thank you Peter for introducing me to Jennifer Warnes....am trying to find her Famous Blue Raincoat Album but so far can't find it on iTunes. Like others also I think KD Lang's Hallelujah is amazing.

Heard Brandi Carlisle sing Hallelujah today in church. Very moving and a privilege to be there

I wish there was a playlist on iTunes (hint!) where your choices could be downloaded. I'd take every one of these, with the addition of k.d.lang.

Hi from a Canadian. For us, Leonard was quite famous first as a poet and writer. It's just that he's been active as a songwriter longer now. We live not far from him here in Montreal, and it feels like a minor god walks among us. Anyone who can see him perform, I suggest you forget about the cost and do so, while you can.

Ran into L.C. in college (not in person) via my freshman roommate, Jan. OMG! Major crush on his music. She played him day and night. What I'd have given for an iPod with earphones back then (for her)! She was a psyche major and I'll just leave it at that.
Had to laugh at some of the comments because they touched assorted chords in my little brain. Like Laura's, Catherine's, Annie L.'s and Gail's comments. This artist gets better as "I" age!

Thanks very much for your article.

I am from China.I first listen to Cohen's Famous Blue Raincoat when I was 16,then just never forget his music.

Someone had said:"Too Many men want and use women, but Leonard loves women' I think it's this love make his music so beautiful .

Oops, just realized my mistake. It's The Civil Wars who do the sensuous version of Dance Me to the End of Love. It's terrific!