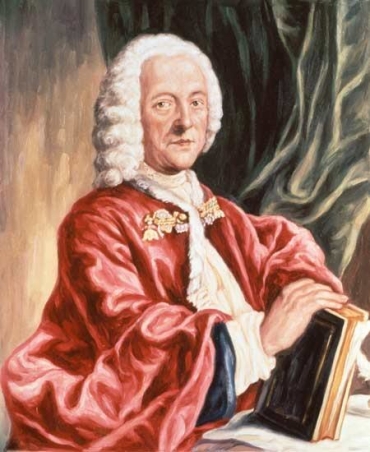 GEORG PHILIPP TELEMANN would have been the most famous composer of his era except for a certain Mr Handel who was hanging around at the time. This didn't worry Georg as they were really good friends, and besides he was raking in the money as well.

Also around then was Johann Sebastian Bach. He was also a friend of Georg's. So much so that Georg was godfather to at least one of Johann's sons. Indeed, at the time he has considered a superior composer to Bach. Time has put paid to that notion but he's still pretty good.

Georg was a self-taught musician, teaching himself to play the violin, flute, zither and various keyboards by the age of 10. You don't hear the zither much these days, not since Anton Karas left the scene.

Georg later taught himself flute, oboe, chalumeau (no, I didn't know what it was either; it's a forerunner of the clarinet), viola da gamba, double bass, and bass trombone.

Hmm, no mention of the bagpipes or the kazoo. Perhaps his friends suggested he eschew those instruments.

His family didn't approve of this music caper and insisted he enroll at university to study science and languages. While there, he formed the student Collegium Musicum and they gave many public concerts to great acclaim.

The family finally caved in to the inevitable. After graduating, he soon left town (Leipzig) as the music bigwigs disapproved of him because he was too good and showed them up. Besides he had used students in his concerts thus usurping the places of established musicians.

He got a job as Kapellmeister to Count Erdmann II in Sorau (now Zary, in Poland) but that didn't last long as the Swedish army invaded the place. The Swedes! They’ve changed a bit.

He eventually ended up in Hamburg where he remained for the rest of his life (apart from visits to Paris and Rome and elsewhere). The years spent in Hamburg were the most productive period of his life and boy, was he productive. It wasn't all plain sailing as the church condemned some of his operas for "inciting lasciviousness.” Nothing has changed.

He was offered the position of Thomaskantor (whatever that is) back in Leipzig but turned it down. The next person in line couldn't take it due to an existing contract so they had to make do with the third best candidate, J.S. Bach. You have to wonder about the folks selecting these positions. 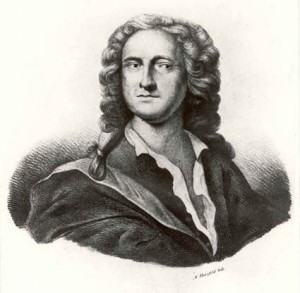 The orchestral suite was Telemann's forte. Georg once claimed that he had written 600 of them. About a quarter of that number have survived that we know about, so maybe he wasn't fibbing.

Here is part of one of those, the second movement of his Suite for Viola Da Gamba in D Major.

Here is a cantata about a cat killing and eating a canary. Old Georg knew how to take on the serious topics of the day. The person who commissioned this work is long forgotten but I presume he was a pet lover. The pet being a cat rather than a canary, I imagine.

The baritone is the great Dietrich Fischer-Dieskau and the cello player is Irmgard Poppen, Dietrich's wife who died in childbirth in 1963. This is the Canary Cantata. I would have thought that he’d call it the Cat Cantata but what do I know?

For a complete change of pace, here is a piece for a single instrument, the violin. It’s the Fantasia No 10 for Solo Violin.

♫ Telemann - Fantasia No 10 for Solo Violin 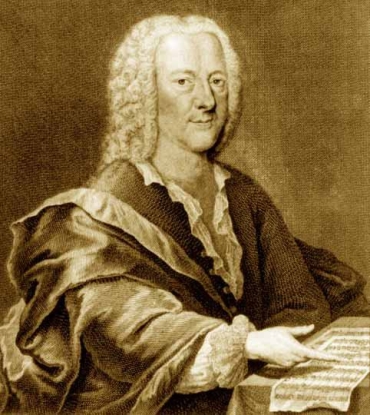 Georg’s personal life was a bit troubled to say the least. His first wife died only a few months after their marriage.

He married his second wife, Maria Textor, to gain citizenship so he could work for the Prince of Bayreuth. This marriage didn't work very well as she had a bunch of extramarital affairs and ran up a large gambling debt before leaving him. It can't have been all bad because they had nine kids.

Telemann's friends organized a collection to pay off her debts and keep him from bankruptcy. Maria outlived him and ended up in a convent in Frankfurt. Hmm.

Georg died at the age of 87 of some sort of a chest ailment and his position was filled by his godson C.P.E. Bach. Georg was one of the most prolific composers of all time with more than 3000 compositions that we know about.

He was a major link between the late baroque and early classical periods. Of importance too was that he published his own works, setting a precedent for regarding music as the intellectual property of the composer. 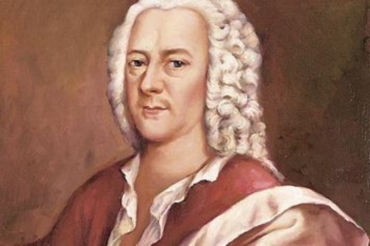 I’ll continue the violin music with the second movement of the Concerto for 3 Violins in F Major.

While in Paris, Georg wrote a number of quartets that these days are collectively called the Paris Quartets. Let’s play the first movement of Quartet No. 4 in B Minor, probably the most famous of them.

Georg was quite fond of the overture; he wrote a bunch of them. To me, an overture suggests the beginning of something or other. He treated this form as another extended piece of music with several movements. Perhaps the overture concept changed over the years.

This one has eight movements which really wouldn’t leave room for anything to follow it. Here is the first movement from the Overture La Changeant. It was pretty radical at the time as each of its movements was in a different key. You won’t hear that though, as I’m only playing one of them.

And now another cantata. Like most composers around that time, Georg wrote a bunch of them. This is the first movement from Seele, lerne dich erkennen, a cantata for soprano, recorder, and basso continuo.  The soprano is Monika Mauch.

Telemann was certainly prolific; both in composing and in fathering children. I don't know how Maria had the energy to have affairs with nine pregnancies. ;-)
Unfortunately, violins still sound screechy to me so I was only able to appreciate the Tumpet Sonata.

Is it just me, or does his music sound a lot like Vivaldi?

Wonder if we'd have more self-taught musicians today without the digital games and video distractions? Also wonder how much tutoring Georg might have had from his musician friends, if any? With all the family wonder when he had time to write music?

Thank you, Mr. Tibbles. I'm awfully glad I had the gumption to just sit and listen to your selections.