EDITORIAL NOTE: It has been a busy past week with Elder Music contributor Peter Tibbles and the assistant musicologist visiting here (more about that on Monday). As a result, I haven't paid much attention to news, blogs, books, magainzes, the internet, etc. so today's Interesting Stuff is necessarily shorter than usual.

NEW NYC PHOTO ARCHIVE NEARLY A MILLION IMAGES
Reader Nancy Howart alerted me to the recently opened photo archive from the Department of Records of New York City. It is fabulous – 870,000 photos going back to the mid-1880s. Just three examples. 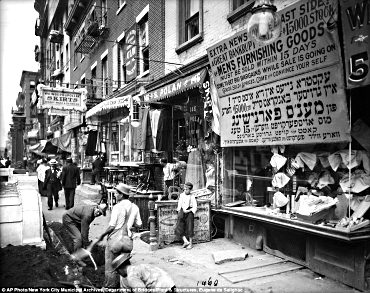 Painters hanging from suspended wires on the Brooklyn Bridge in 1914: 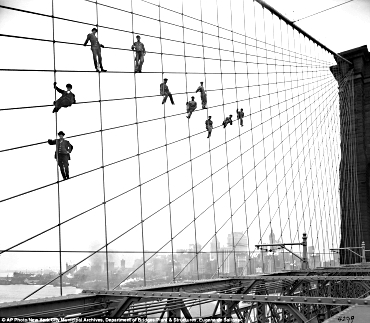 The street corner of 40th and Sixth Avenue on 18 May 1940. The newspaper headline in the man's hands reads, “Nazi Army Now 75 Miles from Paris.” 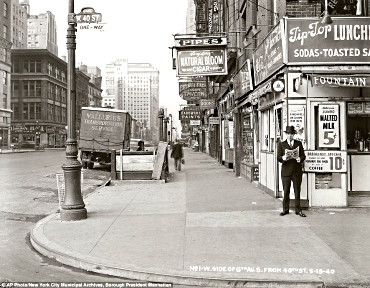 None of the nearly one million images has been seen before. When the archive opened online two or three weeks ago, traffic was so high it was nearly impossible to get into. That has slacked off a bit now and you can try it here.

THE BEST EXOTIC MARIGOLD HOTEL HAS ARRIVED
Some of us have been looking forward to this movie at least since it was first mentioned in Interesting Stuff last November and what a wonderful cast of elders: Judi Dench, Maggie Smith, Bill Nighy, Tom Wilkinson, Patrick Pearson and Hugh Dickson.

The film opened throughout the U.S. this weekend. Here is one review. Check your local movie listings.

TAMPA BANS SQUIRT GUNS BUT NOT REAL ONES FROM REPUBLICAN CONVENTION
A week ago, the Tampa City Council pleaded with Governor Rick Scott to ban concealed handguns from the area outside what will be the Republican Party convention headquarters. Now, the governor has officially refused:

"'It is unclear how disarming law-abiding citizens would better protect them from the dangers and threats posed by those who would flout the law,' Scott said in a letter to [Tampa Mayor Bob] Buckhorn Tuesday, emphasizing the words 'law-abiding.'

“'It is at just such times that the constitutional right of self defense is most precious and must be protected from government overreach.'"

However, the City Council did not need Governor Scott's approval to ban from the convention area sling shots, switchblades, containers of bodily fluids, pieces of string longer than six inches and the ever-dangerous squirt guns.

PLAYING SPOONS
I didn't at first realize that Jenny Perry who emailed this video item is probably related to the performer, Deb Perry. What Deb does is play the tune, Lonely Boy - by Australian rock group, The Black Keys – on spoons out in a vast, rural field.

Beyond that, I have no idea how to characterize the video but you can't say it is not interesting. See what you think and there is more about Deb Perry here.

SENILE CASHIER
TGB Reader Tissi Smith who sent this video is offended. So am I. Before we go any further, take a look:

As you can see, it turns out this is a prank and like the old Alan Funt TV show, Candid Camera, it is supposed to be funny. There are dozens of these “pranks” with the same actor at a website called Epic Old Man.

That's it. Beyond what I have written, I am speechless.

A couple of weeks ago, a friend had a hard time finding a public telephone when he needed one. It has gotten so that we are all expected to own mobile phones and have them with us at all times.

Now, BT – British Telecom – is ridding itself of some of its iconic red phone booths.

“The company is selling 60 traditional 'K6' boxes, which have been fully refurbished and resprayed in the original red and black livery, for £1,950 plus VAT and delivery.”

SPERM WHALE ENCOUNTER
Personally, I think these divers are nuts. Even two of them would barely be an appetizer for a sperm whale. Even so, it's amazing and beautiful.

Ronni:
The Senile Cashier is one of the most disgusting examples of ageism I've ever had the displeasure to encounter.

It offends on multiple levels:
It stereotypes older adults as involuntary fools; it mocks an unfortunate aspect of the human condition which plays off Alzheimer's and various aspects of dementia; it sends the message that older adults are worthless impediments to efficiency in the workplace, and it makes a great joke out of being human
On a larger scale, it makes fun of the human condition in its totality. The denouement, where the cashier lets the customers in on the joke, is supposed to get the author of this travesty off the hook; after all, it says, this is just in good fun.

This type of insensitive humor appeals to the same viewers who laugh at people who slip on banana peels; who laugh at racist jokes about Obama; who insist that "some of my best friends are Jews; who read of the drowning of 125 passengers on a capsized ferry in India as not very important - after all, they were just Indians - plenty more where they came from.

I could go on for pages. Shame on the person who produced this piece of rubbish.

Ronni:
Actually Deb Perry, the spoons player, is not related to me--we just share a common last name. One of my FB friends shared that her 18 month old daughter was enchanted by Deb's performance, so I gave it a look and was quite enchanted myself! Deb is about my age and makes me wish I had taken up the spoons years ago so I could be that agile.

Loved the sperm whale video. Not sure Pinocchio had the same appreciation. :-)

My wife and I saw The Best Exotic Marigold Hotel last night and absolutely loved it. The cast, the locations, and the storyline were both feel-good/funny and poignant in the right measure.

I agree with the above comment on the elderly cashier piece. It is trash and demeaning to everyone involved.

Ronnie:
I loved the clips from the Best Exotic Marigold Hotel. It made me laugh out loud, and I can't wait to see the movie.

I too can't wait to see that movie! It's been a long time since I have found anything worth seeing.

The last movie I saw was "The Deep Blue Water." It got a four star rating in the local paper and I thought it was one of the worst movies I have ever seen.

As soon as "The Hotel" shows up, I'll be there.

Senile Cashier: imagine him as a young white guy made up in blackface, or a young woman in a wheel chair with palsy. Hilarious.

Love Deb 'Spoons' Perry! She's really got the music 'in' her!! Fun!

I so enjoyed this blog today. It's just what I needed, something out of the blue and fun. Well may perhaps the heart strings are still dancing since I grew up in NYC and the pictures take me back a little.

Deb Perry is a very hot number! Maybe it's the great outdoors that gives her all that energy, wish I could dance like that.

When I read the book,I learned soon after that it was being made into a movie. I am looking forward to seeing the Marigold Hotel as well. I hope I am not disappointed, as happens so often these days with movies made from good books. It is certainly cast with some impressive actors!

I've been prepared for Marigold for some time -- just waitin' for it to appear at my local theater. Great cast!