ELDER MUSIC: What I Did On My Vacation

Most readers will now know that recently Norma, the Assistant Musicologist, and I made a trip to stay with my sister in (and around) San Francisco. We also visited Ronni, the Web Mistress, on our travels.

Other places as well which generally lend themselves to having a musical column written about them, which is good for me.

This is a pretty light-hearted column, no profound insights today (as if there ever are any). Just where we went, who we saw and the music that suggested itself to me.

Regular readers will know that the W.M. has written of my stay in Portland. For those who came in late you can find them here, here and here.

Right. From the beginning.

The flight was a direct one, Melbourne to Los Angeles. Only 13 hours in the air. They are getting faster. Naturally, we landed at L.A. International Airport and by a coincidence, there’s a song of that name by SUSAN RAYE. 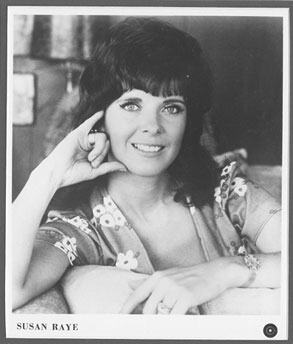 I bet you hoped you would never hear that one again, but it’s my job to remind you of these songs.

From L.A., it was an up and down commuter flight to San Jose. This was on Alaskan Airways and initially it was difficult to find where Alaskan was, as it was some considerable distance from the international terminal. 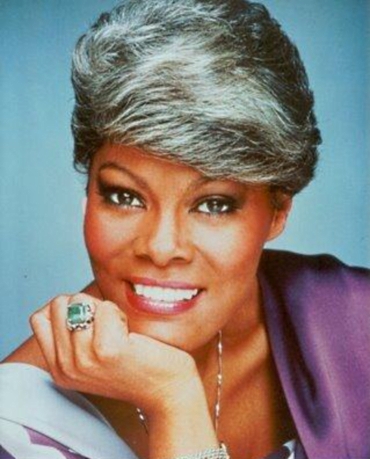 ♫ Dionne Warwick - Do You Know the Way to San Jose

I was rather surprised by the plane. It had propellers. I can’t remember when I was last on a plane that had propellers, at least not one that belonged to an airline.

My sister and brother-in-law picked us up and we drove to their home in Los Gatos. There’s a song about this town too, written by Woody Guthrie. It’s called Deportee and has a subtitle, Plane Wreck at Los Gatos.

It’s about immigrant workers who were rounded up and sent back to Mexico by plane in 1948. Unfortunately, the plane crashed killing everyone on board. Not a very cheery topic but it’s a good song.

Actually the crash was in Los Gatos Canyon, not the town itself which is some quite some distance away.

The version I’ve chosen is by THE BYRDS, a group for whom I will always find a spot if possible. 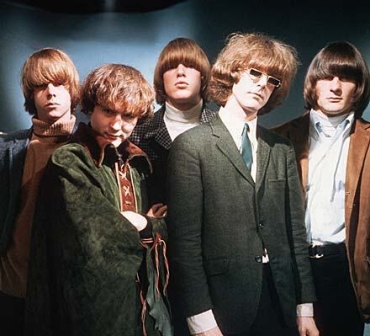 After a few days, we were off to Mendicino. Okay, technically it was Fort Bragg but I don’t know any songs about that town. We did visit Mendicino a couple of times as it’s only about seven miles away.

There’s also has a terrific song about it sung by LINDA RONSTADT called Talk to Me of Mendicino. 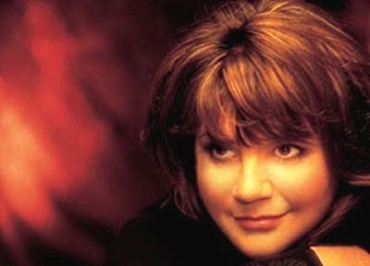 ♫ Linda Ronstadt - Talk to Me of Mendocino

From there it was back to San Francisco where we enjoyed the delights of that city, a good proportion of which seemed to involve food and wine. Come to think of it, that wasn’t the only place where that applied.

There are two songs that spring instantly to mind when that city is mentioned and I’m sure you’ve thought of both of them. The A.M. wanted Mickey Newbury’s song, San Francisco Mabel Joy but I opted for the obvious.

If you regarded L.A. International Airport as a hoary old song, I think this one is its equal in the hoary stakes. Yep, SCOTT MCKENZIE with San Francisco (Be Sure to Wear Flowers in Your Hair). 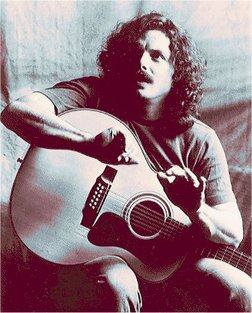 After hanging around San Francisco and Los Gatos for a while, the A.M. and I took the train to Portland. It’s a lot more fun on a train than flying, although somewhat longer.

Somewhat? Huh. However, training through northern California and Oregon in an observation car is hard to beat.

I can’t think of any songs about Portland, although I’m sure there are some. Stop Press: Thanks to Dr Google I found there’s a CD called “The Portland Songs Project.” However, I’ve never heard of any of the songs featured so I’ll go with my original statement.

The W.M. put us up for a few days and drove us around to various places, including several spectacular waterfalls. At one stage we were driving somewhere when we came across Highway 101. We all burst into Black Denim Trousers.

Okay, I burst into that song. The A.M. and the W.M. were trying to shut me up, or at least, ignore me. I think it was about this stage that the W.M. asked if I knew a song about every possible thing.

Pretty much, was my reply, trying to appear encyclopaedic (and lying through my teeth, but don’t tell her that).

Here are THE CHEERS with that song, another one written by Leiber and Stoller, and a hit for The Cheers in 1955. 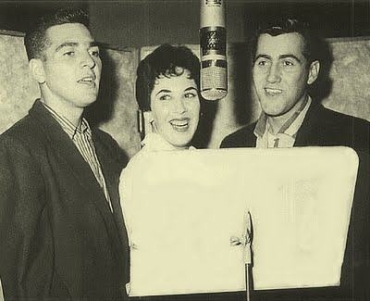 Naturally, we came upon the Columbia River. Quite often, in fact. I have seen it before, but every time I come across it my reaction is “Holy Moley”. We Australians are impressed with a river that just flows all year round. This is way beyond that.

WOODY GUTHRIE, again, wrote a song about it. Well, he wrote several, but this is the pick of them. As far as I know, this is the only version of Woody’s that’s still around. It has some surface noise, but hey, it’s Woody. Roll On Columbia. 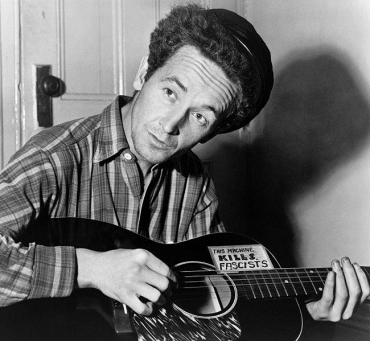 After Portland, we journeyed further north (and a little east) to stay with my nephew and his wife in Coeur d’Alene, Idaho. This is a pretty little city with mountains all around it which makes even boring shopping a pleasure.

I know of one song that mentions the place and we have IRIS DEMENT again. I have seen recently that some of you are starting to like Iris. I’ll keep trying. This is Easy’s Getting Harder Every Day. 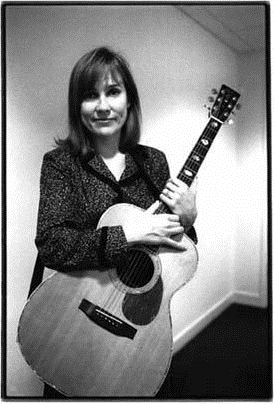 I then did everything pretty much in reverse. Well, I wasn’t walking backwards or any such thing, just returning to places whence I came previously. You may recall an entertaining (in retrospect) wait for the bus in Spokane.

Eventually we stopped. We got out and walked across the tarmac. It was not only a propeller plane but we deplaned the old fashioned way as well in one of the biggest and busiest airports in the world.

All that taxiing reminded me of the MICHELLE SHOCKED song, Come a Long Way. 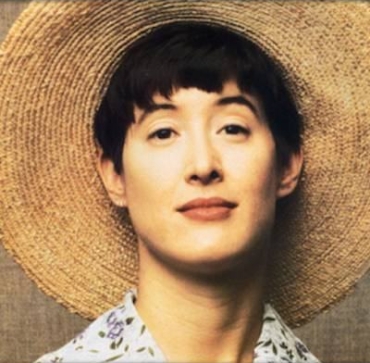 The flight home took 15 hours, all but the last hour of it in the dark.

Now we’re back home, there is an obvious and clichéd way to end this. I mentioned this to the A.M. and she was aghast. “You’re not”, she said. Oh yes I am.

You had a clue earlier in the piece and here it is. TONY BENNETT with I left My Heart in San Francisco. 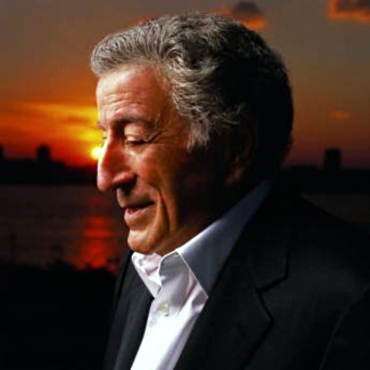 ♫ Tony Bennett - I Left My Heart In San Francisco

Thoroughly enjoyed all of this!*! I was already hooked on Iris DeMent, and have appreciated your spotlight(s) on her work. I've probably already said this, but it can't be said enough - your column is a weekly treat! It generates enough good brain chemicals to warrant a fee for service. : )

Just grinning and enjoying every song. :)

Thanks for including Woody Guthrie's "Roll on Columbia"
in this column.

This is one of my husband's favorites and about 20 years ago we were going to visit Oregon and without telling him I reserved a room for us at the Hood River Inn.

We arrived there and were shown to our room. When we opened the curtains of our ground floor room, there was the mighty Columbia rolling by, just like Woody told us it would be.

My husband was thrilled and I thank you for bringing that wonderful memory back to me,Peter.

Every Sunday there is another treat from you.

My musicologist suggests another song about "Mendicino" by the Sir Douglas Quintette. He heard it on Pandora just the other day. This was a fun column today, accompanied as it was by our laughter. Glad you had a safe and enjoyable trip to many points of interest.

Oddball Connotation Dep't: A whole generation of new SF Bay Area college students associated "Do You Know the Way...?" with birth control pills, as San Jose was the only place one could get them then...earlier, growing up right on the Columbia River, I heard many rousing choruses celebrating our grand (but irradiated) river.

Very clever finding songs that had the title of the places you visited.

As you know, I love Tony Bennett and he is (has?) performing at the Monterrey Jazz Festival this summer. My daughter wanted me to travel to her home so she could take me, but she forgot that I can no longer hear music and probably couldn't endure the walking and crowds of a festival. It broke my heart to say no. Too soon old.

Fun! Thank you. "Talk to Me of Mendocino" was written (and exquisitely sung, with her sister Anna) by Kate McGarrigle, from my city, Montreal.

No problem getting me to like Iris DeMent; perhaps you will post "Let's Invite Them Over Again", her duet with John Prine?

Thanks for the terrific travelogue, in both words and music.

I spent my teenage summers in and near Coeur d'Alene living on Upper Twin Lake. Beautiful part of the world! Loved Iris's voice and song! My friends and I sang and I learned how to play the guitar during that time. I still play!

There could have been even more songs (maybe another time) as the A.M. flew to the east coast after Coeur d’Alene to New York, Montreal, Quebec City and Boston. Indeed, she’s still over there somewhere.

Oh Peter - so disappointed - can't believe you didn't end with Peter Allen "I still call......" I mean if you are going corny better go the whole way! What a great selection of memories.

Hi... I'm dying to know where you got that photo of the Cheers? I always thought I had the original. The folks featured in this picture are the backing singers & this shot was taken during the recording of "Black Denim Trousers." The man standing on the far left is my dad, Pat LaCanfora (aka Fortune). Here's the version of the photo I have: http://tinyurl.com/le6ko96 Anyway, it's cool to see Dad here! Thanks...