Woody Guthrie would have been 100 years old yesterday. He didn’t manage anywhere near that age because died from complications of Huntington's disease, a progressive genetic neurological disorder. Both his parents suffered from the same malady so there was no escaping it for Woody.

Woodrow Wilson Guthrie was from Oklahoma and named after the then-governor of New Jersey. It seems strange to me that someone would be named after a governor rather than a president. The governor did eventually achieve that title so things are all right with the naming world.

Woody married three times and traveled constantly (usually leaving his family at home). Besides associating with some of the most interesting musicians around – Leadbelly, Pete Seeger, Josh White, Lee Hayes, Paul Robeson and many others – he was often a radio announcer. That is, until the management tried to rein him in at which point he would just leave.

He was particularly fond of the Pacific northwest and the family moved to Washington state where he was commissioned to narrate a film about the Grand Coulee dam and also write songs about it.

The powers that be got cold feet due to Woody’s radical political views and he wasn’t quite sacked but little of his input remained in the film. Fortunately, the songs survived.

Woody wrote many of the most famous songs around, songs that are still being performed and recorded today. Songs that anyone who has listened to music in the last 70 years or so would recognize.

Besides being a song writer, singer, political activist and rambling man Woody was a writer of some skill. His main claim to fame in this area is his autobiography/memoir/novel called Bound For Glory. This really is worth reading.

Woody had a philosophy of sorts about songs in general that he summed up this way:

“I am out to fight those songs to my very last breath of air and my last drop of blood. I am out to sing songs that will prove to you that this is your world and that if it has hit you pretty hard and knocked you for a dozen loops, no matter what color, what size you are, how you are built, I am out to sing the songs that make you take pride in yourself and in your work.”

I’ll start with the man himself, WOODY GUTHRIE singing Ramblin' Round. This is an appropriate song to begin because, as mentioned, Woody was a noted traveler and rambler.

[Ronni here: Although this track plays on my computer, it does not play here online. I don't know why and I can't fix it right now. Sorry.]

Woody’s most famous disciple was BOB DYLAN who would visit him in hospital and sing songs to him. One of those was a paean to the man himself called Song to Woody. 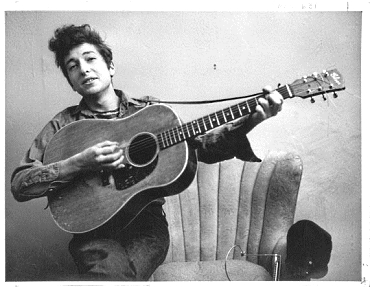 Bob pinched the tune from one of Woody’s songs who probably pinched it from someone else. The folk process in action. Norma, the Assistant Musicologist, asked when I played it, “Is that Bob? It sounds too good.” She smiled as she said it.

Woody held no truck with authority figures. Politicians, bankers, lawyers and such like were fair game for him. However, Woody is rather ambivalent about the lawyer in this one. The song sounds more like an old cowboy song. 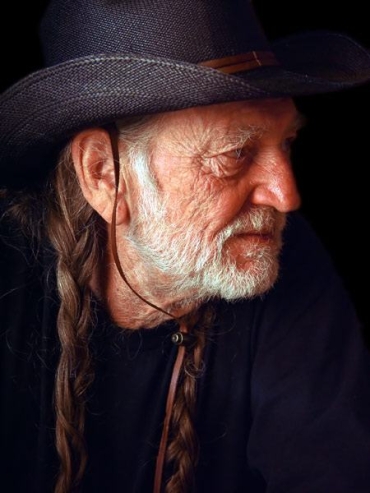 THE ALMANAC SINGERS were a loose conglomeration of like-minded singers. The core of the group was Pete Seeger, Woody, Lee Hayes, Millard Lampell, Sis Cunningham, Josh White, Bess Lomax Hawes. There were others who came and went. 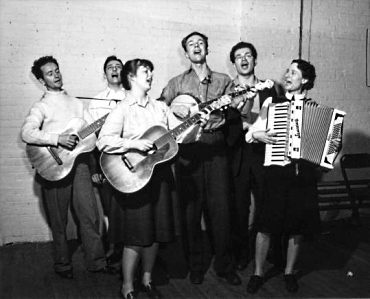 They sang mainly political songs but not exclusively - after all, they had Woody amongst them and he liked writing songs about everything.

This is one of those, Babe O' Mine, with Woody singing lead. Okay, there’s some political comment in there as well. Quite a lot really.

♫ The Almanac Singers - Babe O' Mine

Another early disciple of Woody’s, even earlier than Bob, was RAMBLIN' JACK ELLIOTT 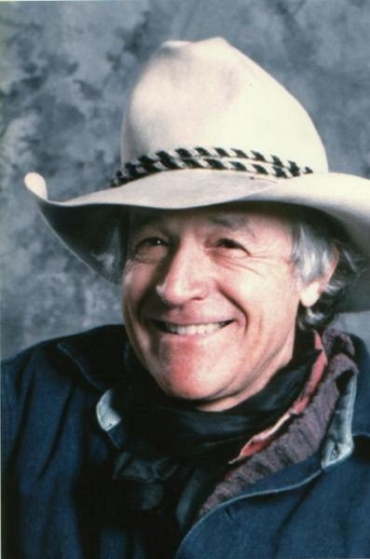 Jack liked to project a persona as a cowboy singer, however, he was born in Brooklyn. He was inspired by the rodeos at Madison Square Garden to become a cowboy.

I don’t know how successful that was but he became a cowboy singer of considerable repute, initially championing Woody and later Bob Dylan and the newer singer songwriters. He has become his own man and writes songs and is really worth seeing if he’s ever around your neck of the woods.

Jack’s nickname didn’t come from his traveling habits but from the stories he would tell in answer to questions. Odetta claimed that it was her mother who gave him the name, "Oh Jack Elliott, yeah, he sure can ramble on."

Here he sings with JERRY JEFF WALKER, another would-be cowboy singer who was born in New York, with Hard Travelin'. 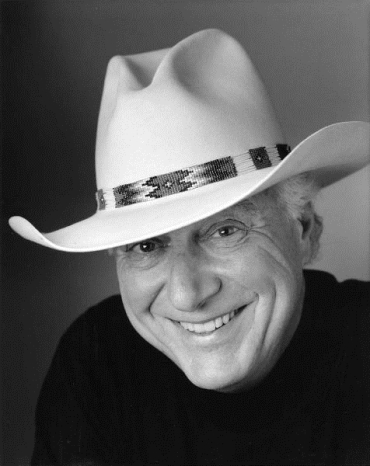 As he was from Oklahoma, Woody knew about the dust bowl of the twenties and thirties. He wrote a number of songs about it. He was also fond of the talking blues form of music. Here he combines the two with Talking Dust Bowl. 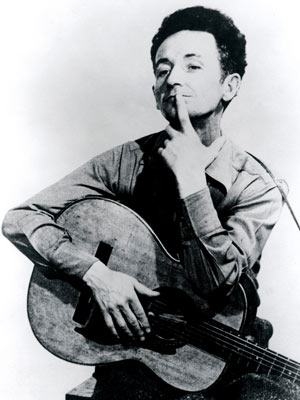 Woody left hundreds of songs and fragments of songs. These were without tunes as he had written them down on whatever came to hand at the time. His daughter Nora has possession of these and contacted the English singer/songwriter and general radical BILLY BRAGG and the American rock band, WILCO to supply tunes to some of them. 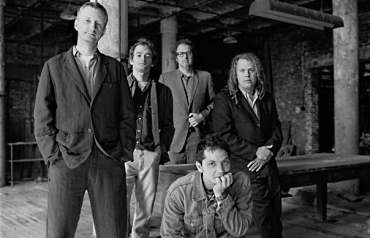 They came up with the goods and released a couple of albums titled “Mermaid Avenue" containing a bunch of these songs. This is one of them called, Ingrid Bergman.

Another one from Woody that doesn’t take itself too seriously. The Car Song. 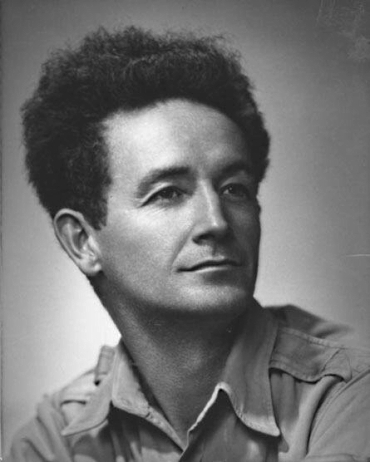 [Ronni here: Although this track plays on my computer, it does not play here online. I don't know why and I can't fix it right now. Sorry.]

Yet another excuse for me to include TOM RUSH. 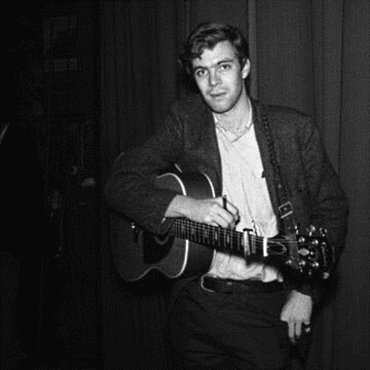 Like most of the folk-style singers who began their careers in the early sixties, Tom was influenced by Woody. Most of them sang some of his songs and Tom was no exception.

Here he is with Do-Re-Mi, about the “Okies” and others who left their farms on the dust bowls of Oklahoma, Texas and elsewhere for the “pastures of plenty” in California. It was a warning that things may not have been as they were led to believe. When they got to the state line, they weren’t allowed to cross the border unless they had $50.

These were fellow Americans they were turning back, people who had crossed deserts and mountains to be there. The song is a striking parallel to the theme of John Steinbeck’s Grapes of Wrath.

There’s an obvious way to end this column and I’m one to go with the obvious (except when I don’t). The title may not give it away but the words will. The song is Dusty Old Dust.

So long Woody, it’s been good to know you. 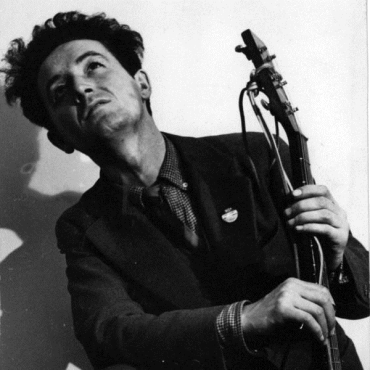 Dang! The two songs we recognized had something wrong with the audio (at least on this end). We went to see Arlo when he came to town and that was fun. Seems that he has escapted Huntington's Disease - what good fortune. Woody is certainly an important American musical legacy. Thanks for the presentation.

God, I love that quote! I'm going to pass it on to my college students. My writing is based in Woody Guthrie's place and Woody Guthrie's time. He was completely true to what real people were living through then.