END OF MINITEL IN FRANCE
In 1988, when I visited an American friend working in Paris for several months, she showed me the most amazing appliance – the Minitel.

Long before there were personal computers, in France nearly everyone had a government-provided Minitel for banking, travel arrangements and much more including even an adult chatroom.

We have the internet now and last week, France shut down the Minitel service for good. Take a look:

DOUBLE MAGIC
Darlene Costner sent this video from the World Magic Awards a couple of years ago. Charming, lovely and amazing.

HAWKING LOSES HIGGS BOSON BET
Surely you have heard that scientists last week proved the existence of a long-suspected subatomic particle called the Higgs boson. I have no idea what that means to science, to the world or to mankind.

The only part I understand is that with the discovery, British physicist Stephen Hawking lost a bet:

"'I had a bet with Gordon Kane (of the University of Michigan) that the Higgs particle wouldn't be found,' Hawking told BBC News on Wednesday. 'It seems I have just lost $100.'"

There is more information here but not enough that I know anything more than the bet.

CURIOSITY TOUCHDOWN
This kind of science is a bit more transparent to me. Come August 6, Jet Propulsion Lab scientists will be chewing they fingernails through what they are calling seven minutes of terror:

"'Are we terrified? I think we're confident in what we've designed," scientist Ashwin R. Vasavada said in an interview Wednesday morning with the Los Angeles Times.

"'But we're all human. Everything we've worked for -- the scientific discoveries, the proven engineering, the contributions we make toward future NASA missions -- it all lies on the other side of those seven minutes.'"

It's all about the landing of the Curiosity Mars rover which was launched toward the planet on 26 November 2011. The JPL produced this video explaining the difficulty of Curiosity's landing like a Hollywood movie and it's beautiful, an amazing combination of science and show biz.

ELDERBLOGGER'S INSIDER GUIDEBOOK
One of our own elderbloggers, Alexandra Grabbe or Sandy, who blogs at Chezsven, has just published a travel book, Wellfleet, An Insider's Guide to Cape Cod's Trendiest Town. 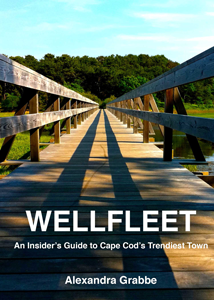 Sandy knows it well. With her husband, Sven, she has owned and operated a bed and breakfast inn there for a long time. I visited them a few years ago when I lived in Maine – they and the inn are lovely.

Her book has five stars at Amazon and is getting great reviews. Here is part of one:

”Here are the insider’s secrets that will make your stay the best it can be. I really appreciated the lists of things to do at the beach, with or without kids. The restaurant reviews are extremely personal and share details of the meals Grabbe enjoyed at each location...”

The guidebook is available in all the usual ebook formats. You will find links to them here.

TOM CRUISE AND KATIE HOLMES WRAP UP DIVORCE SETTLEMENT
Here is just one of thousands of news reports about the marital breakup of these two celebrities. Please tell me, we care about this because???

YELLOWHEAD TO YELLOWSTONE
I had been chatting via email with TGB's Sunday musicologist, Peter Tibbles, about Ian Tyson. I was surprised to find out that he is 78 years old. Then Peter sent me this amazing song Ian sings about the relocation of a wolf from the wolf's point of view. Here's the recording and the lyrics are printed here to follow along.

SOMETIMES STUPIDITY IS REALLY FUN
I found this last week at Digby's Hullabaloo blog. I'll just quote her – it is such delicious fun:

(It was Saturday, but still.) This came from White House deputy press secretary in response to Buzzfeed's stultifyingly dumb piece suggesting that the Obama campaign was using a font similar to Cuban revolutionary propaganda (you read that right) and calling for the head of the kerning vetter. Jayzuz.

“'Your GOP operative should have had the courtesy to stay sober before noon, and BuzzFeed should go back to labeling cat slideshows.'”

BELARUS ON ITS INDEPENDENCE DAY
I never tire of those Chinese stadium events where thousands of people hold up exactly the correct color card all at the precise moment. This synchronized military parade routine in Belarus is the same kind of thing. Loads of fun to watch.

BABY PANDAS ON A SLIDE
Last week we had a baby red panda in the snow. This week it's traditional, black-and-white baby pandas. It's a good thing they bounce.

This is the best report I’ve seen on Tom and Katie (warning: interesting language)

We're interested in Tom and Katie because it allows us to exercise the uglier side of the human psyche...the one that takes perverse joy in watching the mighty topple. And it's done with no guilt because we don't know these people. Hopefully it's a reminder to exercise compassion in the areas of our lives where it DOES matter.

Scientology gives me the creeps, so I'm happy for her.

Wow! Talk about precision. I find the maneuvers to land the Curiosity Rover to be mind boggling. Science is so spectacular in it's continuing search for the unknown. Between the Higgs Boson (that I do not understand at all) and the feats of NASA there may be hope for the future after all.

What seems a lifetime ago (circa 1982)when I moved to NYC and got a job transcribing all kinds of stuff, I remember a lot to do with Minitel; Americans bemoaning that France was so far ahead of the US. That was also about the time I was transcribing a lot about some hotshots trying to start some cable channel call HBO. Time flies!

The Mars Rover video is jaw dropping amazing - thinking of those computers out there making it happen all preprogrammed. When the mind gets utterly boggled with Rover and the Higgs boson, it is a relief to think of Tom and Katy and then watch the pandas. A most entertaining Saturday -- thanks!

I'll have to read up on Curiosity. We already have a rover on Mars and I don't recall its landing being this complicated.