ELDER SENSE OF HUMOR
A man named Wiley Miller draws and writes a cartoon strip called Nonsequitor. Peter Tibbles sent me a recent one. Here it is for you:

RARE FOOTAGE OF SCULPTOR AUGUSTE RODIN
You know Auguste Rodin, most famous for his sculpture of The Thinker. He was born in 1840 and died in 1917, when moving pictures had been barely born. But we have some 1915 footage of Rodin in several short sequences:

”The first shows the artist at the columned entrance to an unidentified structure, followed by a brief shot of him posing in a garden somewhere. The rest of the film, beginning at the 53-second mark, was clearly shot at the palatial, but dilapidated, Hotel Biron, which Rodin was using as a studio and second home.”

I found this footage at openculture.com where there is more explanation and links to similar early footage of Renoir, Degas and Monet.

THE GORGEOUS WILD WEST
Before this week, I'd never heard of 19th century, American photographer, Timothy O'Sullivan. Now, I can see that he must certainly have been an inspiration to renowned photographer Ansel Adams.

Shots like this one of Virginia City, Nevada made in 1867, may be the earliest ever taken of the American west back when it was still being discovered: 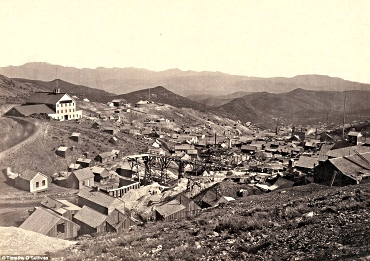 As The Daily Mail reported in May, O'Sullivan

”...had earlier covered the U.S. Civil War and was one of the most famous photographers of the 19th century.

“He also took pictures of the Native American population for the first time as a team of artists, photographers, scientists and soldiers explored the land in the 1860s and 1870s...

“He carted a dark room wagon around the Wild West on horseback so that he could develop his images. He spent seven years exploring the landscape and thousands of pictures have survived from his travels.”

There are 20 or more full-size images at The Daily Mail website.

JACK DANIELS' CLEVER DISPUTE RESOLUTION
At least weekly and often more frequently, some giant tech company blasts someone for copyright or trademark infringement claiming loss of thousands, even millions of dollars. You never know how true that stuff is but it could be that a much older company has a better solution:

First, take a look at the book cover writer Patrick Wensink was commissioned for his novel, Broken Piano For President. 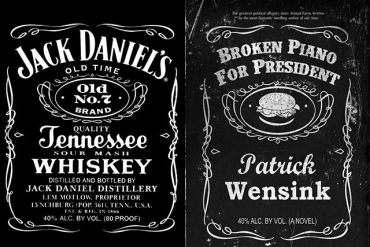 There is no denying the similarity and, perhaps, infringement. But instead of the usual, corporate attack, Mr. Wensink received this (in part) polite letter from the Jack Daniels folks:

”In order to resolve this matter, because you are both a Louisville “neighbor” and a fan of the brand, we simply request that you change the cover design when the book is reprinted.

Don't you wish more corporations were as reasonable about this and other kinds of problems that arise? You can read the whole story and rest of the remarkable Jack Daniels cease-and-desist letter here. (Hat tip to Cop Car)

PRESS RELEASE JOURNALISM
It's not news that local news programs often have less to do with reporting than with regurgitating a script they picked up with video from somewhere else. Conan O'Brien strung a bunch of local story lead-ins together that explains what I mean:

Are you wondering where so many local anchors got the same “I scream” copy? Look no further than this CNN script. (Hat tip to Columbia Journalism Review.)

WHY THE DARWIN AWARDS ARE NECESSARY
Last week, at an event hosted by self-styled, self-help motivational speaker Tony Robbins, 21 people suffered mostly second- and third-degree burns from walking over a ten-foot-long pit of coals heated to between 1,200 and 2000 degrees Fahrenheit. As the Associated Press reported via The New York Times:

”Participant Sahar Madani told KTVU-TV that attendees were warned that they might get burns or blisters.

“'The intention of the event is to get your focus and your attention away from that and look into the power within yourself and focus on just walking on the fire,' she told the station.”

Whatever that means. My gawd, people are stupid. This is why the Darwin Awards, which celebrate those whose genes should not be passed on, were invented.

TREASURE IN THE TRASH
Over the past 20 years, New York City sanitation worker Nelson Molina has created a trash museum with art and artifacts he collects on his garbage rounds which he then displays in a gallery located in a Sanitation Department garage. This is a sample: 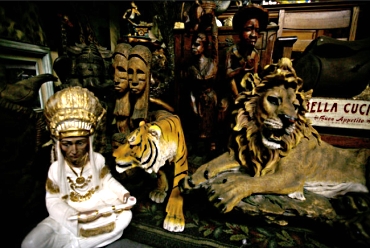 ”Over here is a portrait of a grumpy-looking Winston Churchill, and over there, a very nice pastel copy of Henri Matisse’s 'Woman With a Hat,' reports Elizabeth A. Harris in The New York Times.

“There are photographs of the Brooklyn Bridge; landscapes done in watercolor; ancient tricycles and toy trucks; and four electric guitars, one without pickups, another without strings, arranged around a Michael Jackson poster and gold-sequined tie. There is even a Master of Business Administration diploma from Harvard hanging by a window.”

An amazing collection. Go read the story here and you can see more photos in the slide show.

BRASSIERES ARE OLDER THAN ANYONE THOUGHT
It has been conventional wisdom among the kinds of historians who track such things that the brassiere was invented in the 19th century. But now, archeologists have found a stash of underwear from medieval times in an Austrian castle. Take a look at how modern this bra appears: 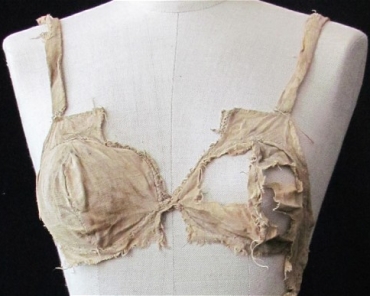 ”...four bras were among more than 2,700 textile fragments – some linen, others linen combined with cotton – that were found intermixed with dirt, wood, straw and pieces of leather.”

What a find - fabric usually disintegrates over 400 or 500 years. You can read more here.

LE MIROIR
Jen of Semantically Driven blog, emailed the link to this video saying it reminded her of the series of photos in my banner above.

I beg to differ. As much as I like my banner, this film takes a similar idea light years beyond my simple achievement. As the creators explain, Le Miroir tells the story of a man passing from childhood to old man in the time it takes to freshen up.

The film has won a slew of awards (as well it should). Here is a photo of some of the actors: 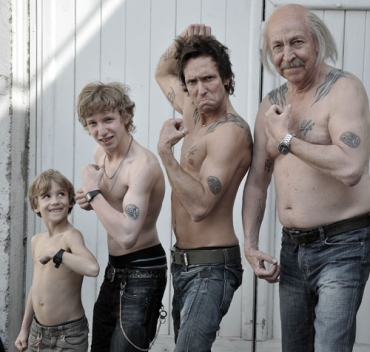 You can read about the making of the film at the Le Miroir website.

Glad to know I'm not the only one who thinks Leno should have disappeared years ago. He's not been funny for longer than that, and then there was that really dirty deal with Conan. I wouldn't watch him if he were the only man only late night TV.

I was not familiar with Timothy O'Sullivan, but his works are amazing! In researching his work a bit more, it appears I am far from the only person unfamiliar with him. The first book I came across on him was titled, "Timothy O'Sullivan, America's Forgotten Photographer". Despite his premature death, what a life he must have had!

I also wanted to comment on the collection of items found in the NYC garbage. Kudos to Mr. Molina and others who saved them and contructed this fascinating assembly. It would be very interesting if Antiques Roadshow or some other group of appraisers would go through this and show us some of the more interesting items. Might there be a documentary in the making even now?

These are among the best compilations in this feature you've had -- from Peter's cartoon to Le Miroir.

I've never cared for Leno -- enjoyed Conan, but I'm partial to redheads. Like Letterman's weirdness and that of the Scotsman, but he really needs to upgrade his shows content, etc. 'cause think he has potential.

I'm sure there are numerous predecessors of famed artists who never received the recognition they deserved as with O'Sullivan. Timing and who knows what all else can make all the difference.

Watch one TV news report and you've seen them all. Then, you can read about the stories in the newspaper. All we need are a few more broadcast channels and Internet sites to provide us a few more presentations on the same item(s.) We have so many star "anchors" and celebrities that I just assume most everybody is one or the other, or about to be.

O'Sullivan's work is fantastic. Went to the link and enjoyed it all. A few of the places he visited were familiar, which made the excursion all the better.