Okay, put on your blue suede shoes, your tangerine or turquoise socks and anything else you think appropriate and get up and rock. Or, perhaps, given the demographic of the column, sit in your rocking chair and rock. I’ll be doing just that.

Here are some very particular rock & roll songs from the fifties. I could produce a whole year’s worth of columns on this topic and still have vast amounts left over, so I’m going to go with particular favorites of mine, ones I noticed at the time and even bought a 45 of some of them, maybe most of them.

For anyone whose first musical consciousness was that of the early fifties, rock & roll hit like a laser beam. It turned a grey musical world into Technicolor (sorry about the mangled metaphors).

Here are rock & roll songs that mean a lot to me. There are others by several of these artists, probably all of them, that could have been included but I’m restricting myself to one from each. All the usual suspects are here today.

I’ll start with maybe the most frantic (as we used to say back then) record from that time, Bop-A-Lena by RONNIE SELF. 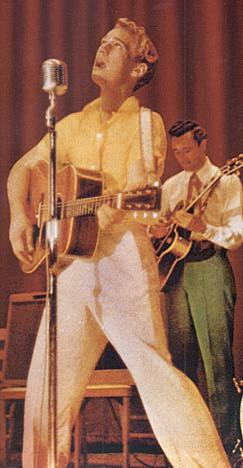 There may have been others more so but I can’t think of them. I really liked this one and wanted a copy. I couldn’t afford it as I was quite young and it couldn’t have been around my birthday or Christmas otherwise I’d have made a request.

Perhaps I did and mum had heard the track and decided to get me a Dinky toy or something instead. I have since rectified the omission.

Ronnie looked like a really nice sort of a lad but when started singing, look out. Just when you think he has given his all for the song and milked it for what it’s worth, he rams it up another notch that you didn’t think was possible. What a performance. 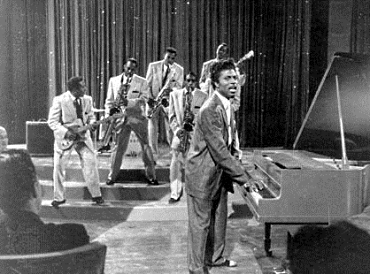 The family who lived next to us in the small country town where I was born and bred went elsewhere in 1957. The father returned a couple of times in the next year or two for a visit – he was a Lands’ Department inspector so that was part of his job.

Once I remember very well indeed, as he brought an EP of LITTLE RICHARD for me. He said that his son really liked it.

It is one of the greatest EPs in the history of EPdom, with Long Tall Sally, Rip It Up, Tutti Frutti and Ready Teddy on it. I don’t know what mum’s reaction was but I thought it was great.

That gesture of bringing this EP stays with me to this day as another small step on my musical education. Any of those songs would have worked but I’m going with Long Tall Sally. I still have trouble with the words of the song even though I look them up every now and then to check what they are.

BUDDY HOLLY’s place in the sun lasted only 18 months. 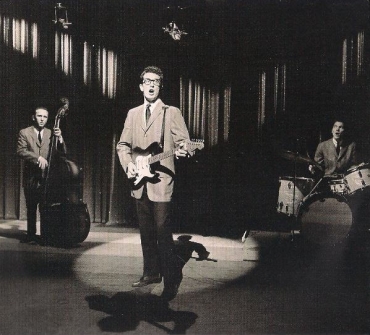 In that time he established himself as one of, if not the, most important artists in the first ten years of rock & roll. I’ve used his songs several times previously including this column dedicated entirely to him. This is one of the 45s I bought of his way back in 1958, Oh, Boy!.

There’s really nothing more to be said about ELVIS PRESLEY. 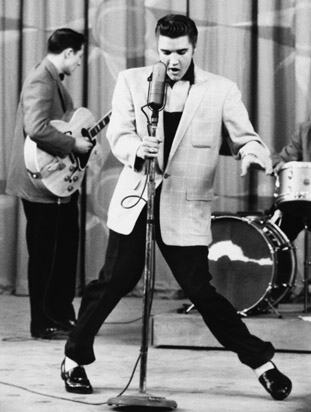 You all know about him and I’ve already done a couple of columns on him as well. If you’re interested, you can find them here and here.

I decided to use a song today not featured on those two columns, so here is I Need Your Love Tonight. One of many I could have chosen, as I was a big fan back then. Well, that’s the point of this column.

Rock & roll was pretty much a male sport. The female artists tended towards ballads and the like. But not always, and foremost among these was WANDA JACKSON. 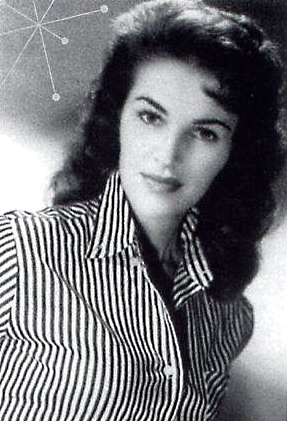 The song of hers I’m including was actually released in 1960. However, from a mathematician’s point of view (and I’m one of those, or at least I used to be), that is technically part of the fifties.

Wanda started out in country music and drifted into rockabilly. She drifted back into country when rockabilly faded from the scene. She’s still rocking with the best of them. Let's Have A Party.

♫ Wanda Jackson - Let's Have A Party 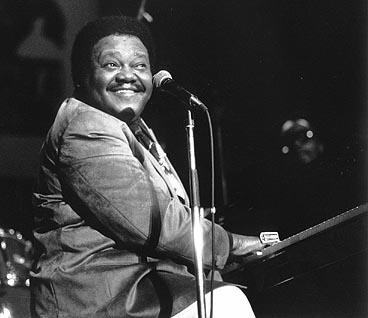 From that time to about 1962 he had more than 40 songs that made the charts. Most of you would recognize most of them. Here is one such, I'm Walkin'.

CHUCK BERRY was one of the two great singer/songwriters from fifties’ rock & roll. Buddy was the other one, of course. 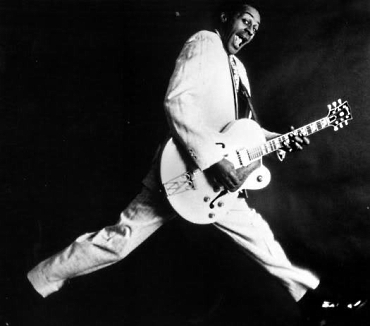 Chuck, however, was the greatest guitarist of the decade (and some would say, the best rock guitarist ever). His licks are still being pinched by anyone who picks up a guitar even now and plays rock & roll.

This is one of dozens I could have chosen, but this I remember with fondness, School Days. Perceptive listeners will determine where I pinched the title of the column.

RICKY NELSON had an advantage over the other rockers back then because we got to see him each week on TV, yes even here in Australia. 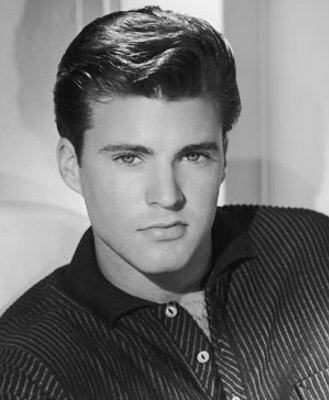 I don’t know if it was this or perhaps his resemblance to Elvis that caused him to be generally downgraded at the time as a performer. It was only later when people checked his back catalogue that they realised what an important artist he was.

I always knew; I liked Ricky from the start. Here’s another 45 I had, Just a Little Too Much.

♫ Ricky Nelson - Just a Little Too Much

The first and best of the Australian rock & rollers was JOHNNY O’KEEFE. 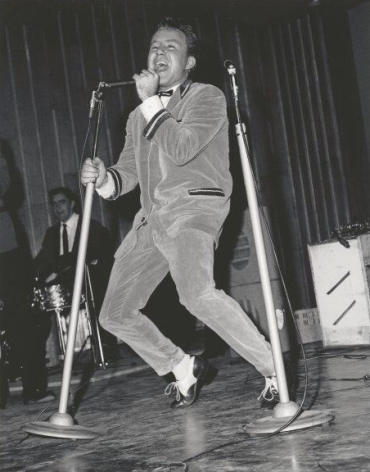 Johnny’s (very appropriate) nickname was The Wild One. He even wrote a song called that. It was also known as Real Wild Child. This came out 1958 and several visiting singers liked the song so much they recorded it themselves - Buddy Holly and the Everly Brothers in particular, but others as well.

Johnny led the full rock & roll life with all that implies – living fast and dying young. Well, youngish, he was 43 when he finally succumbed in 1978. Here is The Wild One.

To ease you out of this Sunday I’m including THE PLATTERS even though they don’t quite fit in with the others. But I really liked them back then. I still do. 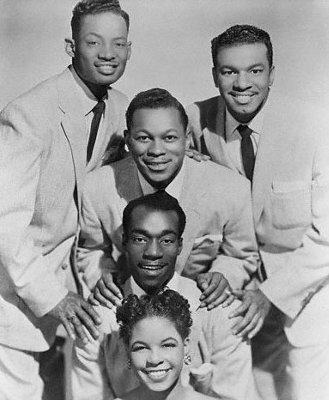 I’ve mentioned before in my series on “years” that there have been many versions of The Platters over the years, often several at the same time. This is the original and best version of the group with Tony Williams singing lead.

This is probably the closest they came to rock & roll, The Great Pretender.

Just wanted to say thank you. I look forward to Elder Music every week. it's one of the best things I've found on the internet.

Oh boy. Did you ever revive a memory of when I almost filed for divorce.

My husband owned a radio station and they put on teen hops and had guest artists. My husband always went to the hops to check them out. Because I had an infant daughter I rarely accompanied him.

The artist of the night I am writing about was Wanda Jackson. My husband usually got home around 11 pm on the night of a hop. The night Wanda was a guest artist my husband finally arrived home at 3 am. At first I was relieved that he hadn't been in an accident; then I became furious. As he went to bed he said, "Boy, Wanda could sure dance." If I had a frying pan handy he would have got it then and there because I had to plead with him to dance with me. And that's when the fight started.

The next morning I found an 8 x 10 photo of Wanda on the seat of his car signed, "With love, your Wanda." And that's when the marriage almost ended.

As an aside, I did go to a hop the night Jim Reeves was the guest artist. I requested "Danny Boy" and no one has ever sung it better or with more feeling than Jim did. It brought tears to my eyes.

I, too, look forward to Elder Music each Sunday. I looked over my shoulder this afternoon to find that my husband had wandered into the room and had been standing behind me for quite a while, reading over my shoulder and listening to the music. Thanks again.

So glad to find that this column is still here! I have been on hiatus as a reader but I'm hoping I am back now because, as I listen today, I am reminded what joy our column brings! Wanda Jackson is still out and about (sorry Darlene!!) She actually played here in my berg on the 7th with the Dusty 45s and is said to still make grown men weep at her feet (sorry again, Darlene...) I had to work which makes me think I must not be living right because I would have sure liked to have seen her. I got to see Chuck Berry once...Perhaps next time.
Thanks for keeping the column going I know it is a lot of work but it brings so much joy!

Thanks for this great collection of music. A real treat.

It takes you back. Starting school in 51, it's startling how the music changed over the next so many years.
I loved to hear them all, particularly I'm walking by Fats Domino. I'm not judging on musical grounds, it's just that I've always loved walking. Today I'm a little restricted.

So Peter, are you a "bad" boy, or a closet rocker?

Certainly some I did not know even though I grew up in that era.

You know more about music than anyone I know! Great column. My favorite here: The Platters, favorite make-out music of the 50s. And School Days one of the best songs ever written. But I generally lean towards those great ballads, ie, In the Still of the Nite, Earth Angel, etc.