These aren’t really my top 10 albums, otherwise Bob Dylan, The Band and Van Morrison would more than overflow this category. I’ll restrict myself to a single representative album from each person (or band) so we’ll have 10 different artists.

I’m also excluding “Best of” box sets, “Greatest Hits” and the like; this is just for albums as they were originally released. It is also the non-classical, non-jazz, non-blues version. For those, you’ll have to wait another day.

Everyone’s choices will be different. These are mine.

THE BAND produced the best popular music album ever, simply called “The Band.” They also produced the second best with “Stage Fright” as well as another that’s in the running, “Northern Lights, Southern Cross.”

I’ve featured several songs from these albums (and others) from The Band. You can find them here. Therefore, I’ll choose a different one from the ones in that column. This is When You Awake from the album “The Band.”

♫ The Band - When You Awake

VAN MORRISON is represented by three great albums in a row: “Astral Weeks,” “Moondance” and “His Band and Street Choir.” Any of these would give The Band a run for their money in the best album stakes.

Van first came to international prominence as the singer for the R&B band Them from Belfast, Northern Ireland. After Them, he recorded a solo album that produced “Brown Eyed Girl.” His contract was bought by Warner Brothers and he was allowed three sessions to produce the album “Astral Weeks.”

It just goes to show you don’t need months to produce one of the finest albums ever recorded. Quite a lot of talented musicians helps though. I’m not going with that album; it’s the next one. Here is Van with And It Stoned Me from “Moondance.” 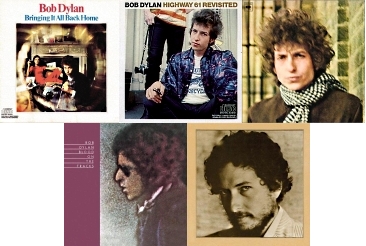 Take your pick of BOB DYLAN. There’s “Bringing it All Back Home,” “Highway 61 Revisited,” “Blonde on Blonde,” “Blood on the Tracks” and, just to annoy hard-core Bob fans, “New Morning.”

There are also the last several albums he’s made that really deserve consideration as well, just when we thought there were no more great albums left in him.

I’m going for something from the first of those mentioned, the song She Belongs to Me. Apparently this was written about Nico who sang a couple of songs on the Velvet Underground’s debut album but wasn’t part of that group – this was at Andy Warhol’s insistence.

♫ Bob Dylan - She Belongs To Me

There’s always some contention about who invented country rock (as if we care). Was it The Byrds or the Nitty Gritty Dirt Band? Another contender would be Rick Nelson whose backing band went on to back Linda Ronstadt. From there they went out on their own as The Eagles.

I think there was someone before all of them - THE DILLARDS. They started out as a straight blue grass band and then went electric before this was common. Hell, they were the first to do so, okay, the first blue grass band to do so.

They produced an album that should be any serious collector’s top ten ever, called “Wheatstraw Suite.” If you can find it, that is. It was released for sale as a CD for about a minute and a half. This is a track from that album, Lemon Chimes. 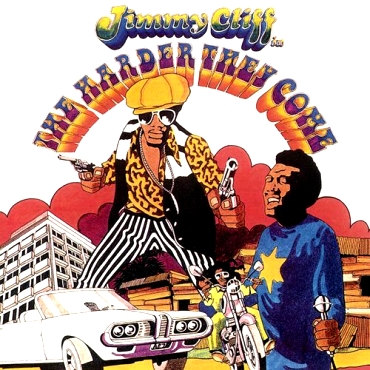 JIMMY CLIFF starred in a rather good film called The Harder They Come, the first from Jamaica that made an impact on the outside world. He, along with several other reggae artists, recorded the sound track album for this. You can hear several other tracks from the album here.

Jimmy made an impression on the outside world (and in Jamaica) some time before Bob Marley. After nearly 50 years in the business, Jimmy is still recording, touring and singing. You Can Get It If You Really Want.

♫ Jimmy Cliff - You Can Get It If You Really Want 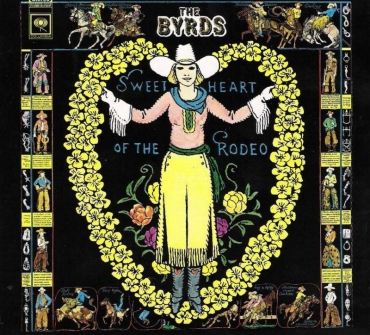 Now to the album that’s generally credited with inventing country rock, even if, as mentioned earlier, perhaps it didn’t. This came about when THE BYRDS recruited the great, tragic Gram Parsons. Gram set about transforming the group in his own image.

Original group member Chris Hillman probably rather liked the idea as he started his career as a country mandolin picker. He also went on to form The Flying Burrito Brothers with Gram to extend what they had done with The Byrds.

The Byrds’ album I’m referring to is “Sweetheart of the Rodeo.”  Gram sang lead on quite a number of the tracks on the album but later McGuinn stripped his vocals from most of them and re-recorded them himself.

Fortunately, the reissued CD and the box set of The Byrds also contained the original versions by Gram. This song isn’t one of those but it demonstrates the characteristic harmony singing for which The Byrds were renowned, One Hundred Years from Now.

♫ The Byrds - One Hundred Years from Now 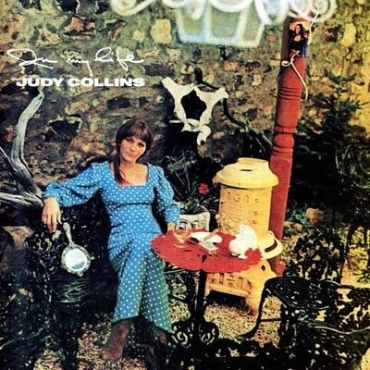 JUDY COLLINS started her musical life as a classical pianist and she made an appearance playing Mozart at age 13. Later she became enchanted by folk music and switched instruments to the guitar.

She recorded several albums of folk tunes and songs by then up-coming singer/songwriters. However, Judy was not one to stand still musically, as was evident early in her musical life.

She started recording what are called art songs, as well as other types, such as classical songs. This started in her album “In My Life,” named after the Lennon/McCartney song featured on the disk. Judy reverts to folk singing mode with this song from England, Liverpool Lullaby. 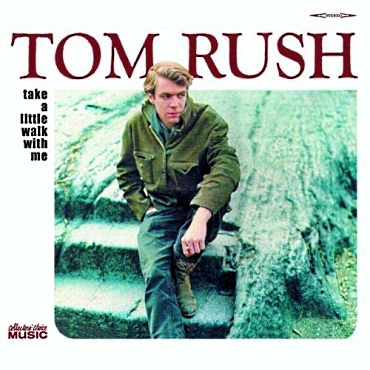 Even before Bob Dylan had done it, the quintessential folkie, TOM RUSH, went electric with his album “Take a Little Walk With Me.” The album had Tom covering old rock & roll songs on one side (plus one of his own) and regular folk-style songs, backed by the incomparable Bruce Langhorne on guitar, on the other.

Rather than one of the full-tilt rock & roll tunes, I’ll go for something on the “other side,” Joshua Gone Barbados, a song written by Eric Von Schmidt. Tom’s album “The Circle Game” deserves a mention in the Top 10 as well. 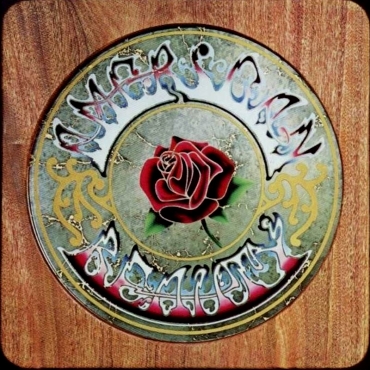 Like many mentioned already, the GRATEFUL DEAD came up with three fine albums in a row. They were “Live Dead,” “Workingman’s Dead” and the pick of the bunch “American Beauty.”

The Dead were best known for their live shows and their records generally left a lot to be desired apart from these three.

To quote from their song today, okay - paraphrase it, the Dead went on the longest, strangest trip in popular music with the most dedicated fan base of anyone.

They became stars through persistence and hard work, not an attribute usually ascribed to hippie bands. They treated their fans with respect, something a lot of other performers could learn from. Anyway, this is Truckin’. 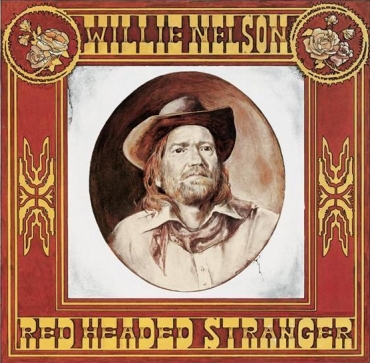 Back in 1975, WILLIE NELSON recorded a gem of an album, a masterpiece. This was short but perfectly formed. The bigwigs at Columbia Records didn’t want to release it; they couldn’t imagine that anyone would buy the thing. However, it went on to sell millions and opened Willie up to the vast rock audience who took him into their collective hearts.

Most of the album is just Willie singing and playing his distinctive acoustic guitar accompanied by his sister Bobbie on piano. Now and then other instruments appear briefly. As I mentioned, the album is short. Most of the tracks are as well. Here are two of them, Denver and O'er the Waves. Really just a single tune.

Great choices Peter but - and you knew there was going to be a but - I would have included The Eagles debut album and The Beatles' Sgt. Pepper Album.

I did learn something knew though. I had no idea all this time that the Eagles were Rick Nelson's back up band before playing with Ronstadt

Excellent listening choices this Sunday. You've got me up and about into the world and inspired to throw on a couple of Band cd's, as well. Thanks!

I exaggerated slightly (yes, I’ve been told a million times not to do that), only Randy Meisner was in Rick Nelson’s band.
I have a "but" too, Larry (that’s the point of columns like these – everyone’s opinions are correct). I think Rubber Soul, Revolver and Abbey Road all superior to Sgt. Pepper (not good enough to make my Top 10 though).

You kids keep writing about groups that were after my time. *laughing*

And... Jimi Hendrix, "Are You Experienced?"

Of course everyone will quibble about what is and isn't here--but I just have to give a shout out for Joni Mitchell. Probably BLUE, but she too has that trio thing going: Blue, Court and Spark, and For the Roses.