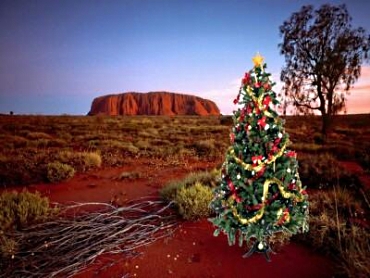 Oh my, it’s not that time of year again, is it? It must be as the temperatures seem to be in the mid- to high-30s.

I can hear you say that that’s just what we expect but I’m talking about Celsius. For those who are a little challenged on that temperature scale, it means that it’s 95 to over 100 degrees on the obsolete Fahrenheit scale.

Of course, if things don’t improve on the global warming front, and that doesn’t seem likely, Santa himself may be hanging around the North Pole the way his stand-ins do here in Oz - in shorts and teeshirts taking a dip in the ocean and glugging away at the gin and tonic with vast amounts of ice in it.

That ice won’t be coming from his natural surroundings.

So, here I am another year older and deeper in debt (or something like that). Not only that, I’m fast running out of cynical Christmas songs - my more preferred mode of music at this time of year. I’ll just have to do my best with what I have.

When I saw the title of this song by RY COODER I thought it referred to the development they did along the south side of the Yarra River here in Melbourne a few decades back but I was wrong. Doesn’t matter; I’m including it anyway. 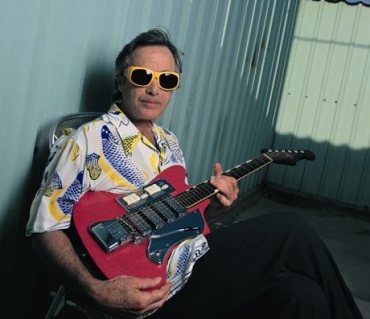 Ry is the master of any instrument that has strings on it (and is probably proficient at the others as well). He has been in demand as a session player for the last 50 years as well as putting out his own records most of which are great and the rest pretty good. This is Christmas in Southgate.

I mentioned Santa above and he has to rear his ugly head musically somewhere in these proceedings, and yes Virginia, there is a Santa Claus. Or there was one. Sort of.

He’s based on some bloke named Nicholas who was a bishop in Myra, now a city in Turkey and quite a bit of a hike from the North Pole. Not much is known about Nick; I think that’s best for saints because people can weave their own fantasies about their lives.

Anyway, what we do know is that it seems that he was imprisoned for a while for his proselytizing until the emperor Constantine converted to Christianity in 312 at the behest of his wife. From my readings, he did that just to keep peace in the Constantine household.

Nick also probably attended the Council of Nicea in 325 that Connie set up, at which the books of the Bible were once and for all decided upon - what was kept, what was chucked out, what could do with a bit of tweakage was determined by votes at the time.

Although Nick had a reputation for kindness and benevolence, when he came to power in the church he was just like any other religious zealot and personally supervised the destruction of the most beautiful structure in his diocese, the Temple to Artemis.

He also destroyed all the pagan icons in Myra. So, there’s really little difference between him and the Taliban. He was sainted for doing that sort of thing.

Here’s a song that celebrates him in a style he doesn’t deserve: EARTHA KITT singing Santa Baby. I’m surprised I haven’t used this one before. 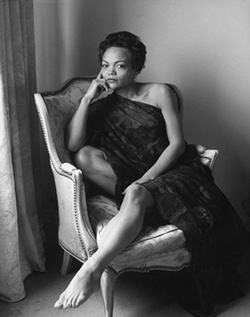 Some more Santa. CLARENCE CARTER’s offering is Backdoor Santa which sounds to me like Willie Dixon’s Back Door Man. 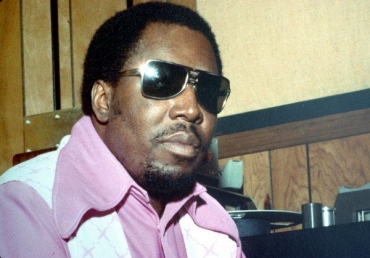 Clarence is a fine soul singer. You may remember his songs Slip Away and Patches from the sixties. He’s still out there entertaining us.

His song today has been brought before a new audience as parts of it have been sampled (i.e. ripped off) in some rap Christmas tunes. Here is the original.

Here’s another mathematician, although he was considerably more successful at that than I was, TOM LEHRER. 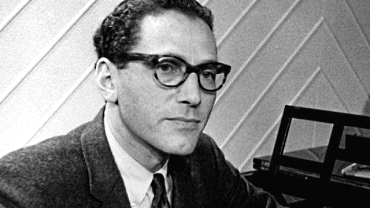 Besides doing all those add-ups and guzintas (maths joke), Tom was somewhat successful as a songwriter and performers of quirky songs, the sort that I like.

I think we need a jazz take on proceedings. The gentlemen I have in mind are CHARLIE HADEN and HANK JONES. 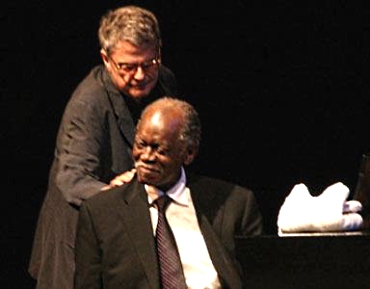 Charlie is a master bass player and Hank a great pianist. Put them together and you have Christmas jazz magic. Here they tackle the old song God Rest Ye Merry, Gentlemen.

COCO ROBICHEAUX was yet another fine musician from New Orleans, one of thousands. Unfortunately, he died late last year. 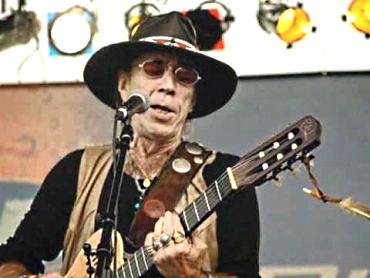 Born Curtis Arceneaux, he took his stage name from a Louisiana legend in which a naughty boy is abducted by a Loup Garou. That has nothing to do with Christmas really.

JOHN PRINE can be counted on to give an interesting take on any topic about which he writes a song. 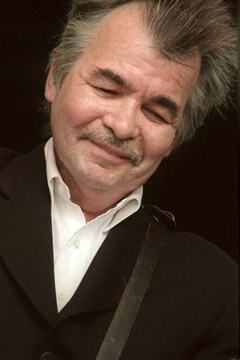 John wrote some of the finest songs in the seventies, many of which were recorded by other artists of the highest calibre. This isn’t one of them. It’s probably a second string song for him, but it’s a Christmas ditty so it’s included. Christmas in Prison.

Time for another Santa song. This one is when Santa starts his journey, the first place he hits is here in Oz (well he probably started in New Zealand, but we pretty much ignore them).

To show what that’s all about, here is BILLY FIELD, one of the more interesting performers in this wide brown land. 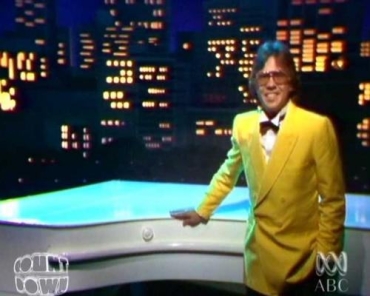 Billy had several big hits in the early eighties and was going to be the next big thing but he decided to concentrate of playing jazz and producing records. He still performs around the traps and is always worth a listen.

Yet another Australian, not surprisingly as we don’t take these things at all seriously. You may have noticed.

TIM MINCHIN can usually be relied upon to give us a good Christmas song. This one came out last year, too late to be included in the column back then (besides I had another of his songs) so of course, waste not, want not, here it is this year.

The delicate flower who was the producer of the TV program from which this was taken actually cut it before it was broadcast. This was England, for heaven’s sake. Are they getting as timid as some other countries I could mention? Decide for yourself - WoodyAllenJesus

I’ll end with my traditional moment of couth. Yet again I’m going with the incomparable J. S. BACH. Well, he produced so much it’s difficult to go past him. 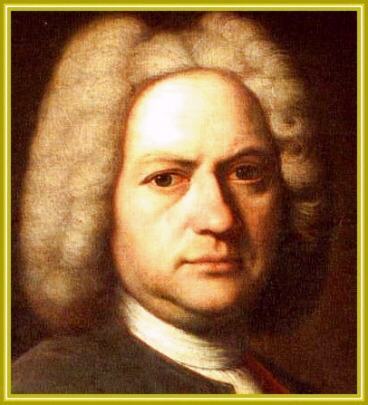 This is a duet aria from one of his Christmas cantatas, Gelobet seist du, Jesu Christ, BWV 91. The aria is Die Armut, so Gott. 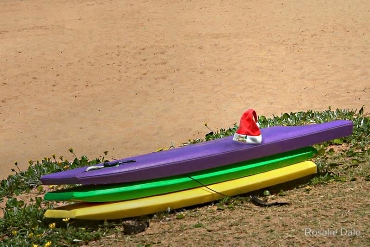 An interesting mix of songs and styles. I haven't thought of Tom Lehrer for years (decades really), and his quirky take on A Christmas Carol made me laugh out loud.

And in the same haven't-thought-of-for-years category is the marvelous John Prine. I loved his evocative rendition of Christmas in Prison; I loved it so much that I played it many times.

I just discovered your column. It's enjoyable, funny and educational by turns. Thanks so much for making the effort to put it together.

Just got tickets for the John Prine concert here in Stockholm in March 2013! Yippee!!!!!! Hadn't heard the prison song, though. He's an interesting fella.

Thank you, Peter, for all your Sunday collections, some of which teach me things I didn't know, some of which remind me of things I knew but had "misplaced" somewhere in my brain, and some of which just allow me to travel happily down memory lane.
AUGURI for a healthy and serene 2013.

Hard to take my eyes off that portrait of Bach.

I have to add one stupid song, if you need a laugh: try to find (it must be on the "internets" somewhere)--Porky Pig singing "Blue Christmas."

I defy you to listen without breaking out in a smile.

Thanks for the Christmas cheer, Peter.
They must be an irreverent lot down in Australia

Ol' Ry Cooder just wishes he was a Texan, but he puts out some decent Tex-Mex sound!