Gimme a head with hair, long beautiful hair. Shining, gleaming (and so on – sorry, I can’t take any more of that song).

I don’t understand the current fashion of shaving one’s head and otherwise removing hair from, well, pretty much everywhere. It seems ridiculous to me. I guess if I didn’t still have much of my hair and a beard I might think otherwise, but I doubt it.

Of course, my hair has faded over the years; it’s no longer the nice red color it used to be, now it’s white. I have also cut back on the length somewhat as you can tell from this photo from around 1971. 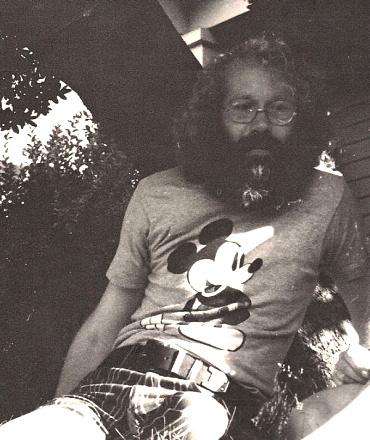 Hmm, I was also a lot slimmer then too. Very serious as well.

Today’s column came about when I discovered an album by a group called The Beards who are from Adelaide. The album is called “Having a Beard Is the New Not Having a Beard” and every song is about the joys of beardness.

After playing it, I knew I had to feature something from the album. I searched for songs about beards and found enough for a column. Unfortunately, they were all from that record. Norma, the Assistant Musicologist, suggested I extend the hairnet further.

I found only two songs about moustaches, only one of which will be featured today as I’ve recently used the other in another column. I’ve filled the rest with songs about the tonsorial majesty that graces the top of our noggins.

It’s appropriate that I start with another redhead, and that is WILLIE NELSON. Willie’s song, Red Headed Stranger, is from a record of that name. That album is one of the greatest from the last 50 years; that means it’s one of the finest albums ever and should be in any serious music person’s collection.

The moustache song is by JIMMY BUFFETT although he spelt it differently. 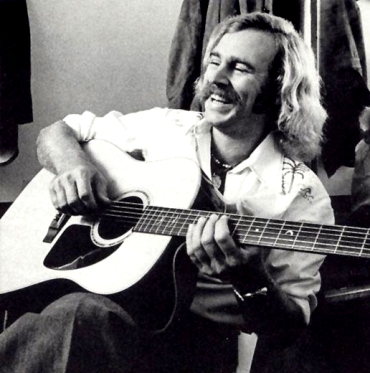 I’ve chosen an early photo of Jimmy, when he had hair, to fit in with the column today.

Although not up with the major artists like The Beatles, Bob or Elvis, Jimmy has been very successful indeed. Besides his considerable number of albums, several of which are really very good, he has written several best-selling books, owns two chains of restaurants and is a pilot for his own corporate jet.

Of all the rockers from the sixties and seventies, he’s the one who seems to have had the most fun. Have you ever seen a photo of him when he wasn’t smiling?

This is Pencil Thin Mustache.

Here is my guilty pleasure, the STATLER BROTHERS. It’s not something you say out loud to the cooler than thou types, that you actually like the Statlers, but I will – I like the Statler Brothers, their harmony singing is wonderful.

Okay, they can get a bit problematic when they get all religious but even those songs are okay if you don’t listen to the words. This is a straight country song, You Comb Her Hair every Morning. I wouldn’t listen to these words too closely either, they sound a little creepy.

♫ Statler Brothers - You Comb Her Hair Every Morning

JACK CLEMENT’s song is seriously derivative of Johnny Cash and Marty Robbins. It doesn’t matter though; it works well and it definitely fitted into a certain genre of songs at the time. 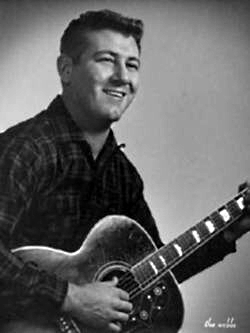 Jack is mostly known as a song writer and producer, and indeed, he wrote and produced this one. I’ve heard a few others of his and I think he should have sung more as he had a pleasant tenor voice. Perhaps his other skills were more lucrative.

This is another from Sun records, from 1956, the time and place where rock and roll (or at least rockabilly) was invented, sort of. Black Haired Man.

More black hair. I originally had Joan Baez penciled in for this one. Then I heard NINA SIMONE perform it and decided to go for her version instead. 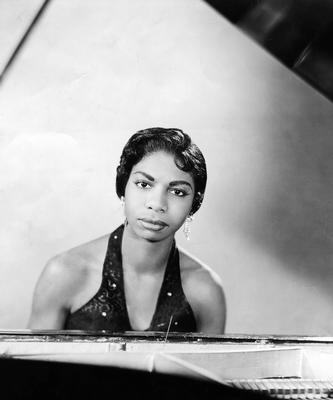 Nothing against Joan but when Nina tackles a song it always turns out to be very interesting indeed. Joan performed it as if it were a Child Ballad; Nina takes it to places Joan wouldn’t have thought of at the time. Black Is The Color Of My True Love's Hair.

♫ Nina Simone - Black Is The Color Of My True Love's Hair

This one really has to be present, even the A.M. concurred and she generally is quite averse to this kind of thing. It was a toss-up between WILF CARTER and Gene Autry which version to use. I finally decided on Wilf, as the recording quality was superior. 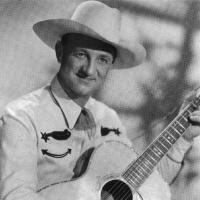 Wilf was from Nova Scotia, Canada and was a huge success in that country as well as America, Australia and other places. He often also recorded under the name Montana Slim.

Here he performs That Silver Haired Daddy of Mine.

♫ Wilf Carter - That Silver Haired Daddy of Mine

Any excuse to play some NAT KING COLE. 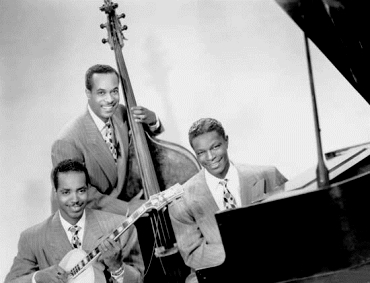 With all his tunes you know there had to be a hair song somewhere in there and so it is. This is the Nat King Cole Trio, the way I like Nat best, with A Little Yellow Ribbon (In Her Hair). Nothing to do with another dreadful song about a yellow ribbon.

Now to a song suggested, nay insisted upon, by the A.M. These dudes are the SENSITIVE NEW AGE COWPERSONS. 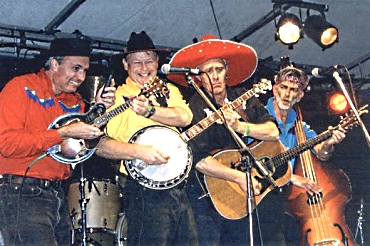 They play music “the way God intended – blue-grass style.” Well, that’s what they tell us whenever we’ve seen them live which isn’t often as they live in Fremantle and that’s a hell of a long way from Melbourne.

Their contribution today is a sensitive little ditty called Daddy Wore a Mullet.

Something a little different from the predominantly country music today, something from a musical, something I do very seldom. However, it’s appropriate.

The musical is “South Pacific” and the singer is MARY MARTIN (and company) from the original stage version. 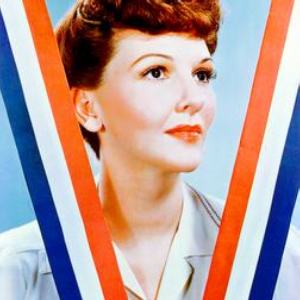 The musical was first performed in 1949, and the film appeared in 1958. Took them a while  It’s far from my favorite song from the musical but it’s the only hair song so I’m stuck with it.

Mary Martin played the role on Broadway and Rodgers and Hammerstein wrote the song at her request because she said that she "had never washed her hair on stage" and said she wanted to give it a try.

Works for me. Here she is with I'm Gonna Wash That Man Right Out-a My Hair.

I’ll finish with a song from the group that inspired this column, THE BEARDS. 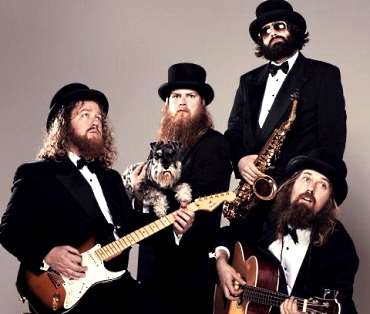 The Beards started out originally to play a one-off show that was a bit of a laugh. However, they were so successful they are now touring constantly and, as mentioned, they’ve released an album as well.

The album contains such songs as You Should Consider Having Sex with a Bearded Man. (I couldn’t possibly comment on that one.) The track I’ve chosen is There’s Just Nothing Better Than a Beard. You’ll hear how they solve all the problems of mankind.

Awww, Peter, you don't fool me. You men just grow facial hair to have something to hide behind. (A friend who shaved off his beard, quickly re-grew it upon noting how exposed he felt, for instance.)
I've often thought that, in those countries where they try to make laws that a woman can not keep her face covered by cloth in public, there should be a concomitant section of the law - that a man can not keep his face covered by hair.

Actually, I would feel much safer being able to see everyone's bare, naked face; but, I'm a bit squeamish when it comes to laws on the subject.

Speaking of Nina Simone and the holiday season; after I heard her version of Christmas Waltz, I couldn't listen to anyone else sing it. Even Frankie.

Thanks Peter. I'd never heard of the Sensitive New Age Cowpersons. Looked them up on U-tube and discovered along with their comedy they are killer blue grass muscians. All I can say is God bless Australia.

Even though my hearing is gone I did appreciate Nina Simone's "Black Is the Color Of My True Love's Hair. What a beautiful voice!!!

And, of course, Nat King Cole is one of my favorites. Thank you for including both artists in today's list.

I had to chuckle about the subject of facial hair because it reminded me that the higher my late husband's hair line receded the more facial hair he grew (and for the first time.) Is it compensation for some men? ;-)

Loved the Nina Simone version of "Black Is the Color of My True Love's Hair." I hadn't heard that.

Darlene and Cop Car – I grew my beard because I was too lazy to shave. Still am.