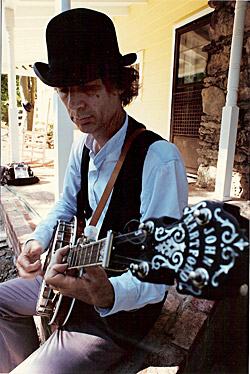 I saw JOHN HARTFORD only once. He was performing in a small club in Greenwich Village with The Dillards.

"Lordy, what a double act," I thought. "The place will be packed.” It wasn’t. I guess New York wasn’t ready for music of this quality. John and The Dillards performed separately and together and put on one of the most enjoyable musical evenings I’ve been to.

When John performed on his own, he’d play fiddle, guitar or banjo singing all the while. And he’d tap dance on a large square of five-ply he brought along adding what was essentially a bass line to the music. A remarkable performance.

Although he was born in New York, John spent his formative years in St Louis which is where he developed his life-long love of the Mississippi River. By age 13, John was an accomplished fiddle, banjo, guitar and mandolin player. He later did a commercial art degree and many of his album covers feature his own drawings.

John immersed himself in the local music scene, played in bands, was a DJ and even occasionally recorded the odd single. He later went to Nashville where he was guided by Chet Atkins and recorded a number of fine and occasionally quirky albums. 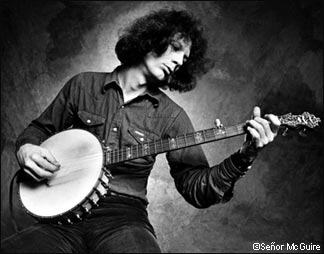 One of his finest albums is called "Nobody Knows What You Do" and from that we have John’s song about the rat race, something that he was never caught up in; In Tall Buildings. 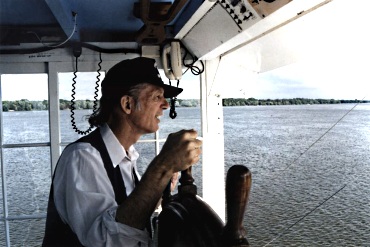 John had the great good fortune of having Glenn Campbell cover one of his songs. Glenn discovered it on the second of his albums. Glenn’s version went on to sell squillions and gave John the freedom to do whatever he liked thanks to the royalties.

What he wanted to do was be a pilot on a Mississippi river boat so that’s what he did. He also played whatever music caught his fancy. After he obtained his river boat licence and started navigating the river, he’d entertain the passengers with his music during his downtime. This is the song that allowed all that, Gentle on My Mind.

♫ John Hartford - Gentle on My Mind 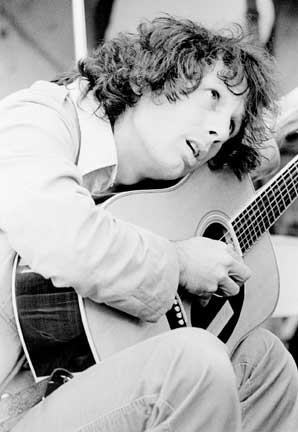 To demonstrate John’s facility as a blue grass player, here he plays the fiddle on Old Virginia Reel. He has the assistance of some fine players on this track, Ronnie and Jerry McCoury, Mike Compton and Bob Carlin.

I could wax lyrical about this next song as it certainly is relevant to me. However, certain people may be reading the column so I’ll keep my mouth shut. I’ll just say the song is called Left Handed Woman. 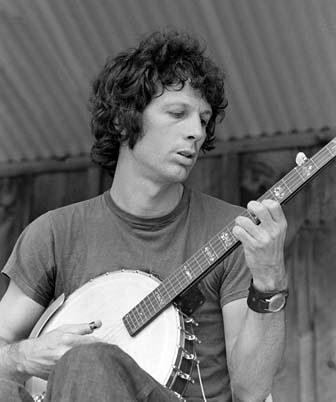 Speaking of waxing lyrical, John does just that for his old washing machine. I remember the first washing machine our family had and I sure wouldn’t wax lyrical about it.

Okay, it was better than the old copper and the manual wringer and whatever else it took, muscles of steel, I imagine. No, give me my new one.

Actually, I just realized that my “new” one is more than 30 years old. It works a treat though, so maybe this is the one John is singing about: (Good Old Electric) Washing Machine (Circa. 1943). Okay, mine isn’t that old.

John got together with a couple of his friends, Rodney and Doug Dillard, who started The Dillards although Doug left the group fairly early in the piece, to record several albums under the name DILLARD HARTFORD DILLARD.

From one of those comes the song, Don’t Lead Me On. Jennifer Warnes also recorded this song and she may have done it better, but it’s a line ball. Rodney sings lead on this one. 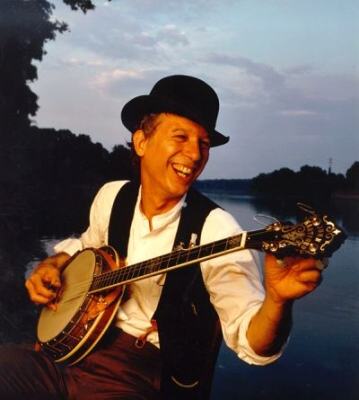 From his second album, one where he was probably listening to Bob Dylan a bit, comes Minus the Woman, a fairly straight country/pop tune.

♫ John Hartford - Minus the Woman 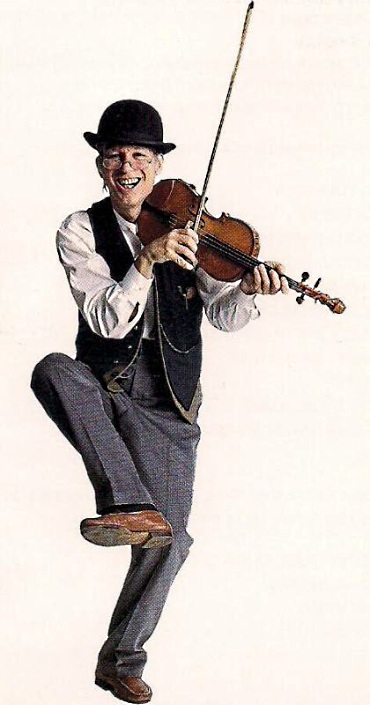 Here is another example of his bluegrass fiddle playing with the same crew as mentioned above, West Fork Gals. 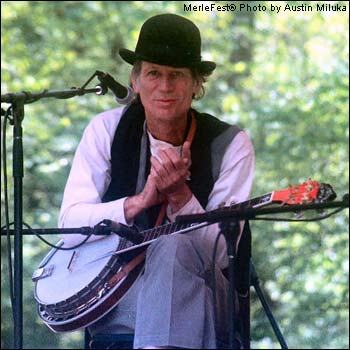 John died in 2001 of non-Hodgkin’s lymphoma, a form of blood cancer, which he developed in the 1980s, but he didn’t let that slow him down until the very end. This is Go Fall Asleep Now.

Wonderful stuff. Thank you so much.

Johnny Hartford, gone too soon. Your column led me to get out my DVD of Down from the Mountain - - there's a really wonderful short solo by John Hartford on the fiddle that captured his state of mind near the end of his life and always touches my heart. Thank you Peter for this thoughtful compilation...

I hadn't heard of John Hartford. It's a pleasure to be acquainted with him. I enjoyed the singing and loved the fiddle playing
When I got to the end of your column I was sad to find he'd died.
The last song was moving.