I’ll continue today with an intermittent series featuring a single instrument in various and diverse settings. Today it’s the turn of the clarinet.

The clarinet as we know it was invented around the turn of 18th century by Johann Denner, who was a German woodwind instrument maker. He decided to add all sorts of things to the chalumeau, which was really just a jumped-up recorder. This is a chalumeau. 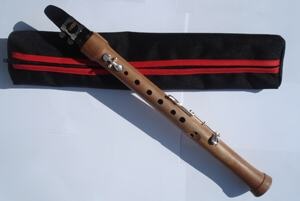 Extra bits have been added over time. Mozart especially liked the clarinet and wrote many pieces for it, some of the most sublime music ever written.

Unlike the flute and piano that I’ve featured previously, the clarinet doesn’t pop up much in popular music – well, modern popular music. It certainly reared its head in earlier times.

In spite of what I just said, one of the recent pop musicians who has used the instrument is MARIAN CALL. 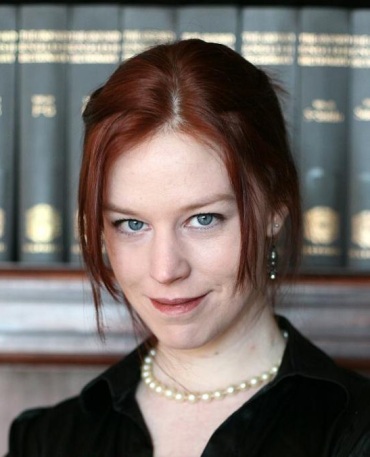 Marian is one of the most interesting of the young singers around at the moment. She was originally from Washington (the state) and spent time in the Bay Area. These days she seems to have made Alaska her home. She can have it; I’m not one who goes for snow and ice (except in my gin and tonic). Marian performs Vanilla from her album of the same name.

Sidney Bechet wrote, and had a bit of a hit with, Petite Fleur in 1952. However, the version that was huge here in Oz (and in Britain and elsewhere) in 1959 is the one by the CHRIS BARBER JAZZ BAND. 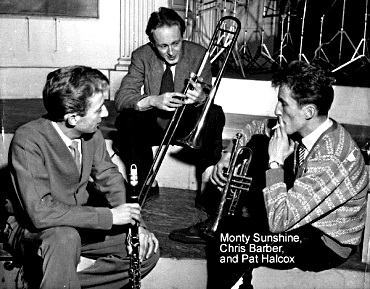 Chris actually plays the trombone, not the clarinet, and doesn’t appear on this particular track. The clarinet player was the wonderfully named Monty Sunshine.

The track appeared on an album by Chris’s band a couple of years earlier and no one gave it much thought until it was picked up by a German disk jockey who made it a hit in that country and eventually the rest of Europe (and here in Oz as well). Here it is.

JOHANN CHRISTIAN BACH, called the “London Bach” as he lived nearly half his life there, and the youngest son of the great Johann Sebastian, was the master of the Symphonie Concertante. So much so that he even instructed Mozart on its intricacies.

Of course, Wolfgang didn’t need too much in the way of lessons; he could pick up anything to do with music in a trice. 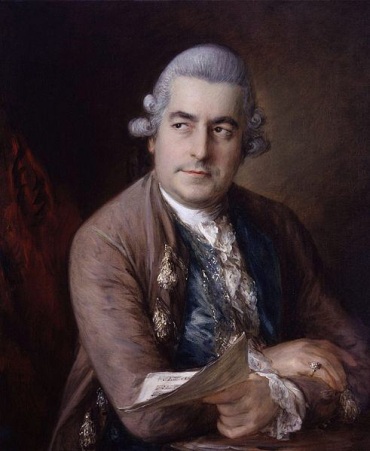 Actually, J.C. and Wolfie were really good friends and they influenced each other which is pretty obvious as their styles are similar indeed. The track I’ve chosen involves two clarinets and a bassoon, which is really just a clarinet on steroids.

It is the second movement of his Symphonie Concertante for two Clarinets and Bassoon.

JOHANNES BRAHMS is one of those composers who seems to have slipped through the cracks a bit, as far as I’m concerned. 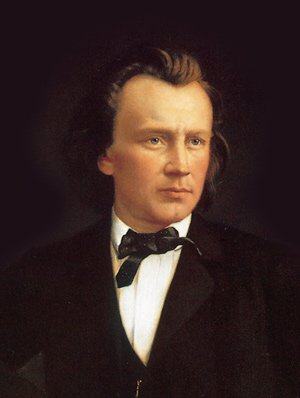 I don’t play him very often but when I do I think, “Oh, that’s really nice,” but that’s as far as it goes. Maybe because of the topic today that will change.

Jo is usually pictured as this old bloke with the big boofy beard so I thought it’d be interesting to show him when he was young and not the imposing figure we’re used to seeing.

He apparently was a great pianist and he premiered many of his compositions. He was also a perfectionist and destroyed quite a lot of his works that he didn’t like, that he thought weren’t up to his exacting standards. This isn’t one of those.

It’s the third movement of his Clarinet Sonata No 2 in E flat major Opus 120.

BEETHOVEN wrote a whole bunch of things for the clarinet. 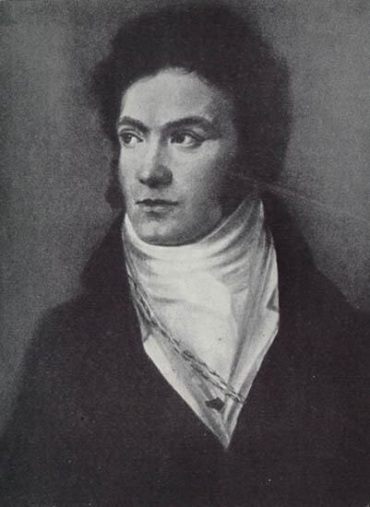 I almost threw up my hands and said forget him and then I started clicking at random on his music for the instrument and on only the second click, discovered this one. I didn’t bother going any further as it might confuse me.

So here it is, the first movement of the Duo for Clarinet and Bassoon No.1 in C Major (WoO27).

FRANZ KROMMER or, to give him his real Czech name, František Kramár, was considered in his lifetime to be a serious rival to Beethoven. Not since then, though, perhaps because no one knew what to call him.

Maybe it was that his music, although very good indeed, didn’t come up to that of the master. Well, whose could? 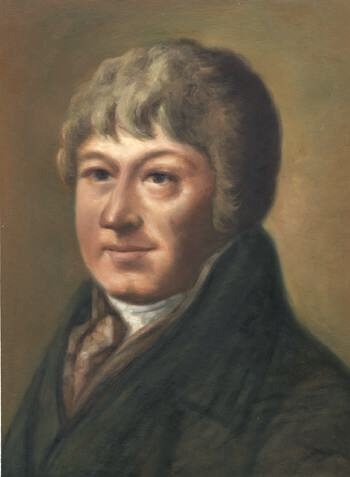 Young Franz displayed musical talent early on and he was taught by his uncle, then a renowned violinist and organist. He eventually succeeded unc at the organ place where he worked.

Franz was a prolific composer and left hundreds of compositions that we know about. This is just one of them, the third movement of his Concerto for Two Clarinets, Opus 91.

Next is one of the compositions by MOZART I alluded to in the introduction. 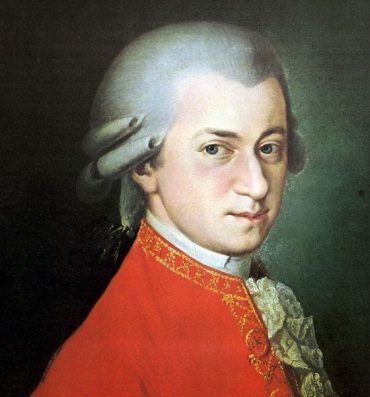 Not surprisingly, at least not to me, I’ve gone for his clarinet concerto. It was one of the last things he wrote, certainly the very last he completed (his requiem was unfinished). He didn’t hear it performed.

This concerto may be the most beautiful piece of music anyone’s ever created. Alas, you won’t hear it all today (unless you have a copy of it yourself, and I’d urge everyone to get one). Here is the second movement of the Clarinet Concerto in A, K 622.

I imagine that when you saw the title of today’s column most of you thought BENNY GOODMAN. Now I could tease you and leave him out (I’ve done that sort of thing before), but today I won’t.

I also had Artie Shaw and Woody Herman penciled in as well but they didn’t make the cut. Sorry to fans of both (or either). 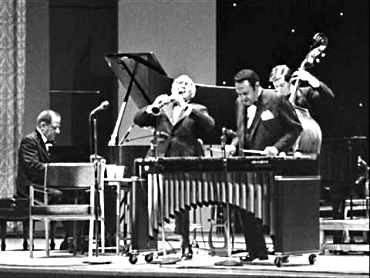 I have no information about who’s playing with Benny but I assume it’s Teddy Wilson on piano and Lionel Hampton on vibes. I’m sure I’ll be corrected if I’m wrong.

I’ve always liked this tune from the first time I heard it back in the fifties when it seemed to be called Moonglowandthethemefrompicnic. It is, of course, Moonglow, and what a terrific version of the tune it is.

Great selections here. I was intrigued by Marian Call's song. I'd never heard of her but love the message even though I'm from an older demographic. Maybe it's because of the Washington state connection.

Love it! And what a pleasant surprise to see Marian's smiling face and hear her Vanilla featured! Lovely use of the typewriter as musical instrument, too. That Mozart piece takes my breath away and he never heard it performed?... wow. Thanks for all the selections this week.