I’ll start with a song about home-sickness – not homesick for London, but being in London and homesick for somewhere warm, like Australia. In this case, I assume Perth as that’s where THE WAIFS hail from. 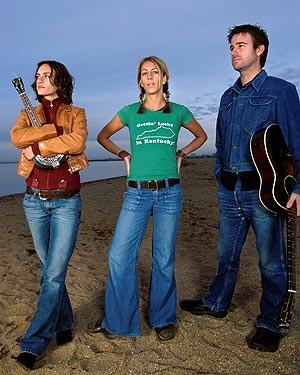 The Waifs are sisters Vikki Thorn and Donna Simpson as well as Josh Cunningham. They add a bass player and drummer for their touring band, maybe also keyboard and violin now and then.

There was one tour in Australia where they opened for Bob Dylan. Bob must have been impressed because at the completion of the tour he asked them if they’d like to continue opening for him back in America. It seems they thought about this for some considerable time (like about a micro-second) before agreeing. Here they are with London Still.

It could be argued, indeed I’ve done that very thing myself, that the most beautiful song produced by a rock band in the sixties came from THE KINKS. 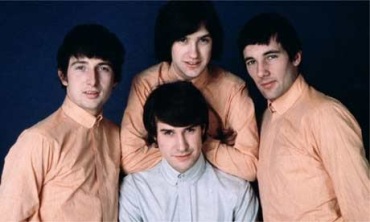 After all, The Kinks were really a bit of a grunge band, at least that’s how they started, predating those from Seattle by a couple of decades. Of course, they did venture quite often into pop music.

It’s actually rather surprising that they produced as much as they did as the two main men of the group, the brothers Davies, were continuously at each others’ throats. Here is the song I’m talking about, Waterloo Sunset.

This song had to be here. It’s by one of the most interesting, if totally erratic, songwriters of the last few decades, WARREN ZEVON. Those who are familiar with his oeuvre know the song I’m talking about. 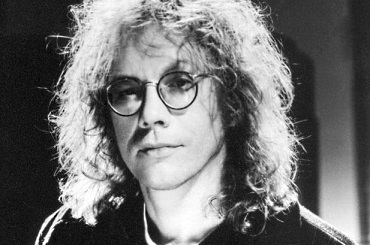 Warren’s first couple of albums had some of the finest songs around and many of them were covered by other artists, especially Linda Ronstadt who must have made a considerable chunk of change for Warren.

This is from his album “Excitable Boy” and the song is Werewolves of London.

Here is another song like the first about someone who wants to leave the city. This time it’s an American, TOM PAXTON. 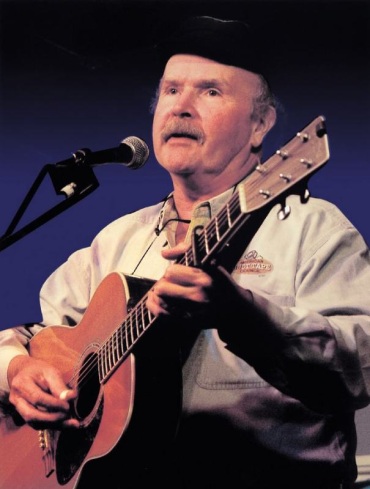 In the early seventies, he and his family went and lived in London for four years so he knows of which he speaks when it comes to that city. However, he wrote and recorded this song years before that.

It’s really just about rambling, a topic at which he excelled. The song is Leaving London.

If the (foreign) artists aren’t planning on leaving London, they seem to be complaining about the cold, the fog, the rain and other aspects of the weather. This song is no exception, A Cold Rainy Morning in London in June by MATRACA BERG. 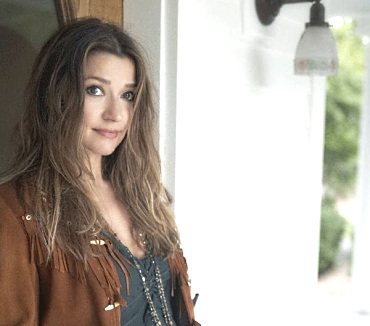 Matraca followed in her mother’s footsteps (her mother was named Icie Berg, she must have had comedians for parents) as a songwriter. She wrote songs for such folks as Reba McEntire, Randy Travis, Tanya Tucker, Ray Price and others.

I first came across Matraca on one of the Nitty Gritty Dirt Band’s semi-regular releases called “Will the Circle Be Unbroken” where they’d get the cream of country and bluegrass performers to create great music together.

It’s not too surprising she was on this album as she’s married to Jeff Hanna, one of the Nittys, but she deserved her place as I thought her contribution was the pick of that particular record. Here she is with Cold, Rainy Morning in London in June.

A complete change of pace now as we have the DAVE BRUBECK QUARTET. 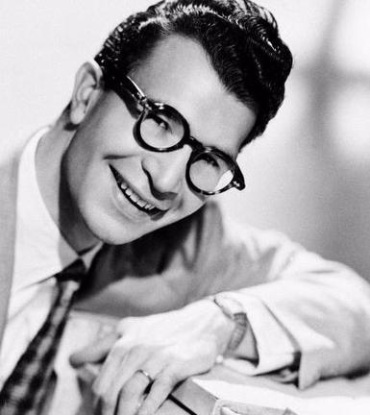 This isn’t the classic Dave Brubeck Quartet, it’s a group Dave led in 2005 with a completely different line up. Bobby Militello on alto sax sounds quite different from Paul Desmond (who generally played tenor sax). Dave’s playing is still fine though.

The track is London Flat, London Sharp from the album of the same name.

You knew this one had to be here. This is RALPH McTELL. 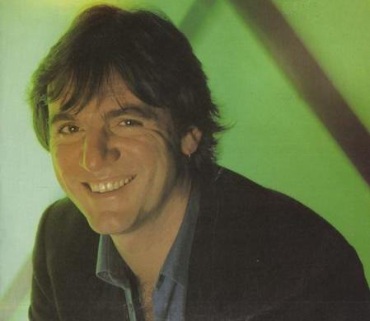 Ralph recorded this song several times (well, if you’re on to a good thing...), and this is the version I like where he has a little help from his friends. It’s his original recorded version. Streets of London.

MEL TORMÉ has a couple of songs that could have been included, so it was down to me. Well, not quite. I asked Norma, the Assistant Musicologist, which I should use and she was emphatic, so I’ll go with her choice. 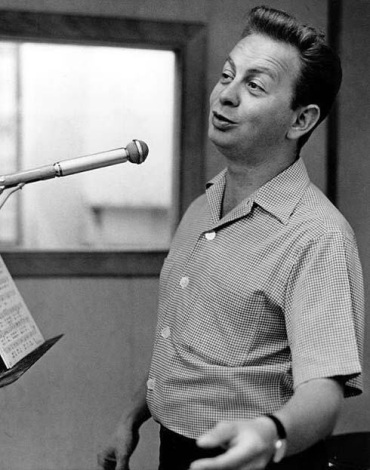 Her suggestion was A Nightingale Sang in Berkeley Square.

DONOVAN Leitch was born in Scotland but he wrote a rather good London song. 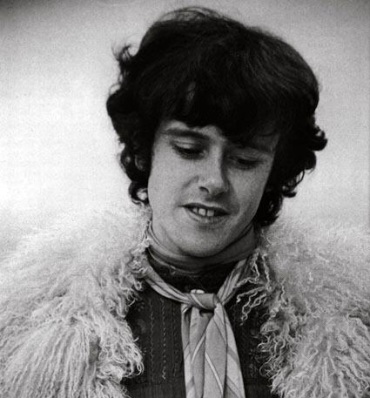 He started as a sort of Bob Dylan wannabe, but soon developed his own eccentric, if rather fey, style. He had a bunch of hits in the sixties and recorded a whole bunch of albums most of which wouldn’t be missed if you put them in a pile and set fire to them.

However, there are a good few of his songs that are up there with the best of his era. This is one of them, Sunny Goodge Street. Judy Collins did a fine version of this song, but I’ve already featured that one previously so it’s Donovan’s turn.

I’ll finish with something from a form of music that hasn’t reared its ugly head in these columns before, punk. THE CLASH started as a punk band around the time it hit big in England but as time went on, they demonstrated that there was more to them than that narrow genre.

They were more musically interesting than their peers, blessed with having Joe Strummer as singer, guitarist and lyricist for the band. Joe also wrote film and TV scores, was an actor, radio broadcaster and all round renaissance man.

He was born in Turkey to a British diplomat and spent his early years in Cairo, Mexico City and Bonn. He died in 2002 of a previously undiagnosed heart defect.

Here is The Clash with the title song from their most successful, and best, album, London Calling.

I had such a crush on Donovan as a teenager. Thanks for the memories!

Peter, before last Christmas I had intended going to London later this year. Now I won't be.
The songs stimulated me to some feelings of regret.
I understand wanting to be there. And wanting to leave.
At Christmas of 79 I had a hypermanic episode at the shared house I was living in, and was thrown out. I spent 3 days wandering around the city with my pack, walking and walking, before being committed to a psychiatric hospital. The nights were cold.
I spent Christmas day locked up in the hospital.

But I'm not there now.
I'm here, and at times on my computer, enjoying the music you provide.
I'd like to be in London again.

You left out the most melodic song about London of them all -
Paul McCartney's beautiful "London Town", from the LP of the same name, released in 1978:

I left out hundreds of songs.

Here are some other great songs about London that rarely mention the weather which it may surprise some people is very similar to the much sung about Paris [and London actually has less rain!]
They can be found on Youtube==
LDN -Lily Allen
Baker St- Gerry Rafferty
The Fool on the Hill- Beatles
London Girls -Chas and Dave [who also sing many Cockney songs as well as their own in their amusing catchy inimitable manner]
London Town -Bellowhead
Itchicoo Park-Small Faces
Hong Kong Garden- Siouxsie and the Banshees
Electric Avenue-Eddy Grant
London-The Smiths
and some oldies==========
I'm Going To Get Lit Up [When the Lights Go On In London]
Down At The Old Bull and Bush-Florrie Forde
Maybe Its Because I'm a Londoner -Flanagan and Allen
If It Wasnt For The Houses In Between-sung by Derek B Scott on victorianweb.org
Lambeth Walk-Billy Cotton and his Band
London Pride and A Nightingale Sang In Berkley Square- Vera Lynn
A Foggy Day In London Town-Ella Fitzgerald and Louis Armstrong
Usually I find the YT version with the most hits is a good one but sometimes its worth hunting around
Hope you enjoy these wonderful songs Tim