Or, Paper is Not Dead. Let's get started with the viral video of the week. Considering the high number of readers who emailed it (Darlene Costner was the first) you've probably all seen this. But then, if you're like me, it continues to delight. Enjoy (again).


THERE HAS ALWAYS BEEN HEART DISEASE

Or, apparently so. Scientists have been able to find clogged arteries in a large number of mummified Egyptians from 3500 years ago.

Actually, not just ancient Egyptian mummies but others too from up to 5,000 years ago in the American southwest, the Aleutian Islands and Peru according to this story in the Los Angeles Times.


THE MOST AWFUL ELDER STORY OF THE WEEK

Although I have never been able to track down total numbers of elders who have been victims of big-bank mortgage fraud, there are plenty of anecdotal stories that indicate the probability of thousands more. This one is heartbreaking.

Last December, a retiree named Larry Delassus died in a Torrance, California, courtroom where he should never have been.

”His death came more than two years after Wells Fargo mistakenly mixed up his Hermosa Beach address with that of a neighbor in the same condo complex. The bank's typo led Wells Fargo to demand that Delassus pay $13,361.90 - two years of late property taxes the bank said it had paid on his behalf in order to keep his Wells Fargo mortgage afloat.

“But Delassus, a quiet man who suffered from the rare blood-clot disorder Budd-Chiari syndrome and was often hospitalized, didn't owe a penny in taxes.”

That's right. It was all a case of mistaken condo address but Wells Fargo foreclosed anyway. Mr. Delassus died trying to defend himself. Wells Fargo and its executives live on.

Read the whole story by Jessica Ogilvie in L.A. Weekly.

MPTF stand for Motion Picture & Television Fund. The organization runs a retirement community in California where lots of talented show business workers go when their careers wind down.

Now, two of them have been writing an original musical and there is a YouTube documentary titled Alive and Kicking that follows the men through their collaboration and rehearsals. Here's the trailer for the doc:

The press release describes the collaborators: “Tony Lawrence is a retired writer and producer, having worked on various shows such as Bonanza, Hawaii Five-O, Swiss Family Robinson, and The Twilight Zone, among others. Larry Kelem was a music composer, arranger, manager and agent for more than 50 years.”

There are 11 webisodes of Alive and Kicking. The final two will be posted on Wednesday and Thursday this week. You can see them all here.


HOW TO USE A DIAL TELEPHONE

I laughed when I first saw these images - who could possibly have needed them. But on second thought, I had no doubt there was a time when these instructions were, indeed, necessary - when young people “got” dial phones and some old people, with no operator to speak with, were flummoxed. Just like now with computers and smartphones. 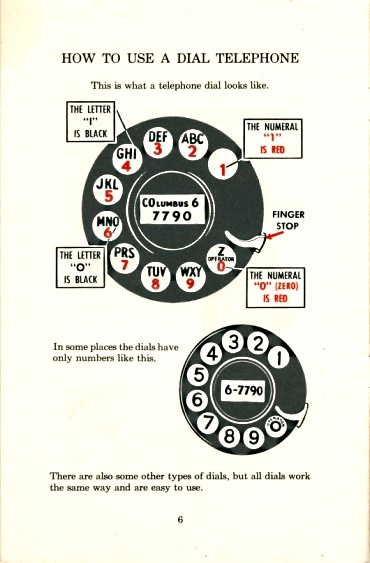 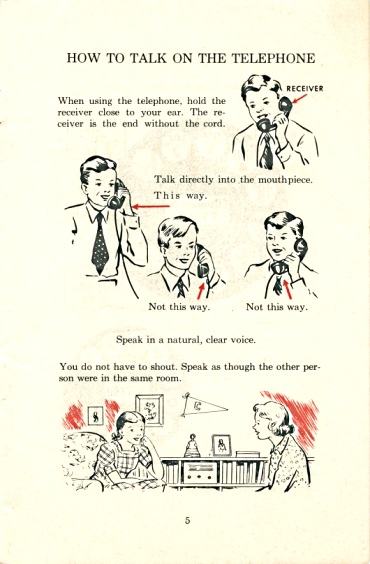 You can see larger images at the fascinating website of vintage photographs, Retronaut.


FLASH MOB WALTZ OF THE FLOWERS

Tamar Orvell of Only Connect blog sent this video of well-known dance from Pyotr Tchaikovsky's “The Nutcracker Suite.” It was shot at Haddasah Medical Center in Jerusalem. The performers are students from the Jerusalem Academy of Music and Dance.

In December, six adults and 20 six- and seven-year-old children were gunned down at Sandy Hook Elementary School in Newtown, Connecticut.

Last Tuesday, the Senate Judiciary Committee approved legislation requiring such stricter background checks. All of the eight Republicans on the Committee voted against it. Every one of them. Here are their names. Do not forget them.


MOBIUS BY THE ENESS COLLECTIVE

TGB reader Bill Griffith sent this video created by Melbourne, Australia's Eness design studio. The payoff in this sort of project always feels like letdown when I consider what must be the horrendously tedious set up.

But the more I watched this one, the more I forgot about the mind-numbing work and found it oddly mesmerizing.

Anyone who hangs out here regularly knows that I'm a sucker for almost anything New York-y and this is a fine one.

In a piece titled Shadowland, members of the Pilobolus dance company move and bend and shape themselves into iconic images of New York City to the background of Alicia Keyes singing Empire State of Mind. Enjoy (with apologies for losing the name of the person who sent this).

I loved the Flash Mob. What a talented group of young musicians and the dancer was so sweet to the little enraptured girl in the wheelchair.

Shadowland was fascinating. What choreography!!!

I didn't vote for Flaky Jeff -er, excuse me - Jeff Flake and would never do so. He is just one more blot on Arizona politics. He won by the hair on his chinny, chin, chin and we are stuck with his Tea Party idiocy.

I saw a lengthy report on the Larry Delassus story one night. I didn't know whether to cry or scream. I probably did both.

I don't know what it is about the flashmob videos, but they are always so wonderful. This one, however brought me to tears...with the young girl in the wheel chair, but primarily the couple who were dancing. Thanks for sharing it.

I'm astounded by the gun laws in the US, and that people won't vote for stricter controls. There's no nice words to say about it, or them.