The worst concert I ever attended was the BEACH BOYS. Fortunately, I didn’t pay for it.

It was held at the Myer Music Bowl in Melbourne - rather like the Hollywood Bowl, only better. Because the park around it is so big people can sit outside the enclosed area and listen, especially to rock bands whose music is loud enough to carry to us way up the back.

It was a lovely, balmy summer evening, appropriate for the group, and we went along. We left after three or four songs as they sang so out of tune it set my teeth on edge. Thus we missed Carl being so drunk he fell off the stage and a couple of the others getting into a fist fight resulting in one being knocked unconscious.

Dennis looked completely out of it, seemingly about to fall off his stool behind the drum kit which apparently he did somewhat later. Well he was often like that around that time.

Rather surprisingly, Brian was along – he rarely toured around that time – but he just crouched down behind a piano.

It wasn’t just their singing that was a problem, their instruments were out of tune as well. You’d have thought the roadies would have seen to that but maybe they were as whacked as the band.

I wasn’t alone in my judgment. This appearance was mentioned in a rather scurrilous biography of the band called Heroes and Villains as the worst they have performed.

Given all that, in the studio the band produced some of the loveliest music from the sixties.

The original Beach Boys were the brothers Brian, Carl and Dennis Wilson, their cousin Mike Love and a friend of theirs, Al Jardine. Although Brian left the touring band fairly early on to be replaced initially by Glen Campbell and later on a more permanent basis by Bruce Johnston, he kept writing and producing their records. 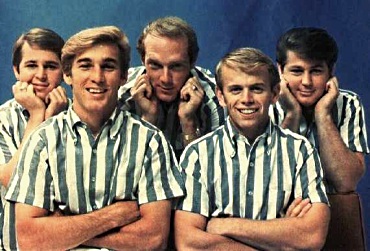 They started as a rather conventional rock band with some harmony singing but soon Brian took over most of the writing and production duties, often with the assistance of the Wrecking Crew, the revolving studio musicians who worked on Phil Spector’s records.

This led to a bit of album one-upmanship with Paul McCartney – “Rubber Soul” and “Revolver” begatting “Pet Sounds.” It begat “Sergeant Pepper” which led to “Smile” (which wasn’t released) and Brian’s nervous breakdown that lasted for years. I believe drugs were also involved.

Rather surprisingly, and who’d have thought it back then, Brian is the only Wilson brother still with us.

I won’t go into the story of the band as it’s been covered in quite a few books and would take far too long, even in synoptic form. I’ll just play some music. 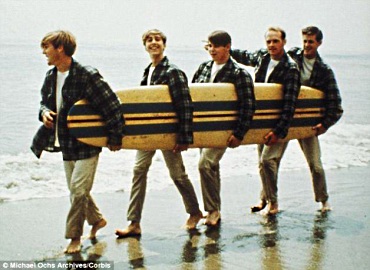 The appropriate place to start is with something to do with surfing as that was their original raison d’être even though Dennis was the only one who actually surfed. And right back at the beginning is Surfer Girl.

Also early on was Help Me Rhonda and what an earworm this one is. That fluctuation in volume is deliberate, by the way, it’s not your computer playing tricks. 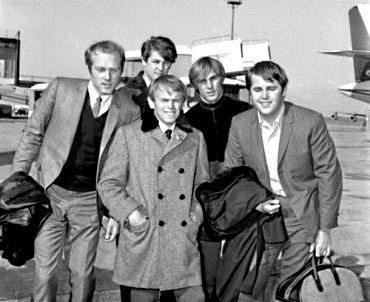 Skipping ahead a few years to their masterpiece album, “Pet Sounds,” here is Caroline No. This has some fine harmony singing by Carl and Brian. Look out for the train and the dogs at the end.

Another one from that album is Wouldn't It Be Nice and yes, it is nice. The words hark back to their early days but the production is definitely Pet Sounds.

♫ Wouldn't It Be Nice 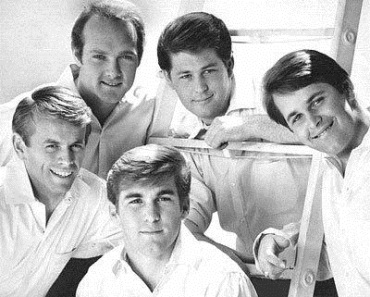 Towards the end of the early creative period came the album “Sunflower.” On this one, several of the other members of the band wrote a number of songs although Brian was still the master producer. This is one of those songs written by Dennis, Slip on Through. Getting back to “Pet Sounds” - it’s hard to escape it really - here is God Only Knows.

By the end of the sixties, just when we thought that the Beach Boys were past it, that all their good music was behind them, they came up with a near masterpiece (missed by this much) called, rather ironically as it turns out, “Surf’s Up.”

This was, though, their last gasp at producing interesting, innovative music. From then on they descended into being a nostalgia band with songs reminiscent of their glory years, but not as good.

However, to “Surf’s Up,” the song I’ve chosen is Long Promised Road. This was one of Carl’s songs.

A song that was destined for the “Pet Sounds” album but didn’t make the cut because Brian hadn’t finished tinkering with it is Good Vibrations. I’m glad he kept at it as this is one of the great singles of all time. You all know this one, but it’s always worth hearing. 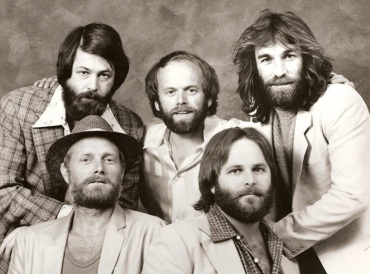 Another of their finest compositions is Heroes and Villains. Rather surprisingly, this isn’t from “Pet Sounds.” It was supposed to be on the next album, the aborted “Smile.”

It did surface on their actual next album, a bastardized version of “Smile” called “Smiley Smile.” On this song, Brian had the help of his friend and occasional writing collaborator Van Dyke Parks. It’s one song that made the transition from ”Smile” to “Smiley Smile” successfully without change. 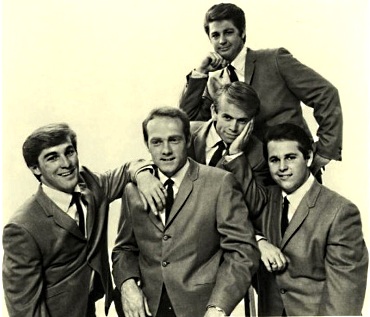 I’ll finish with a song from one of their albums that seems consistently to be downgraded in their canon, “Holland,” possibly because Brian wasn’t as involved in this one as much as the previous several. I think it’s better than most commentators suggest.

Okay, it’s not “Pet Sounds”, but it’s well worth a listen - any album that contains Sail On Sailor can’t be dismissed out of hand. From that album comes California Saga, a rather adventurous suite, I suppose you’d call it.

It’s in three parts, the third of which is the best bit. 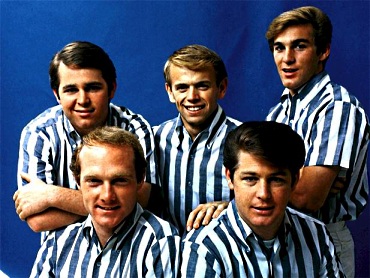 It’s no coincidence that nearly half these songs come from “Pet Sounds,” generally considered one of the crowning achievements of sixties’ music.

Always did like the Beach Boys even when ridiculed by people who were into the more soulful sounds that started coming out by the mid-60's.

One of favorites was Sloop John B. Was sorry to see you didn't have it on your list.

As always your column is a delight and gets me going on my Sunday. I listened to works this morning that I haven't given ear to in decades and to some I have never listened to properly at all. The California Saga is quite a legacy. I looked up the lyrics and I have to say that they deserve much more credit than I ever gave them; way beyond the obvious. It was welcome music and information, indeed, to enjoy the Beach Boys this morning. Thank you.