There is so much new Interesting Stuff this week that I can't post it all. If something you sent is missing, it may turn up next week or the next although never any promises.


“BETTER ME THAN A CHILD”

That is how an astonishly brave woman named Ingrid Oyau-Kennett explained taking her life in her hands when she engaged two alleged murderers in conversation last week.

Certainly you know about the gruesome hacking attack last week on a British soldier in broad daylight on a busy street. It is an unspeakable kind of murder.

But amazing good things can happen too. Ms. Oyau-Kennett first determined that the victim was dead then chatted with the two attackers, keeping them in the vicinity and calm until police arrived.

You can read more of her story at Huffington Post.

In the aftermath of the devastating tornado last week in Moore, Oklahoma, Barbara Garcia was explaining to a TV reporter that her beloved dog appeared to have been taken by the storm. Then, right there on camera, a small miracle happened. Watch.

You can read a transcript of the interview on the YouTube page.

And all the American plains states, not to mention all of us. As The New York Times reported this week:

”Portions of the High Plains Aquifer are rapidly being depleted by farmers who are pumping too much water to irrigate their crops, particularly in the southern half in Kansas, Oklahoma and Texas.

"Levels have declined up to 242 feet in some areas, from predevelopment — before substantial groundwater irrigation began — to 2011.

On this map, the darker the color, the farther the water table has sunk (larger image here).

I find this terrifying. You can read the story here.

Any American in the age group that reads this blog certainly remembers how diamond-encrusted Liberace captured television audiences many decades ago when we were young.

Tomorrow night on HBO, Behind the Candelabra will premier. It is the story of a 1970's love affair between two lonely men, Liberace and his much younger lover, Scott Thorson. Directed by Steven Soderbergh, the movie stars Michael Douglas as Liberace and Matt Damon as Thorson.

The film is being broadcast on HBO apparently because a distributor could not be found in the U.S. However, Behind the Candelabra has been playing in theaters in England and Europe without difficulty. Here is the trailer that was screened there:

There is a well-done review of the film in the Los Angeles Times.


PING PONG FOR ELDERS ONLY

Here is another new movie titled, Ping Pong, a documentary about eight players from five countries, all 80 and older, who travel to Outer Mongolia to compete the 2012 Table Tennis Championship there.

Some notes from the press release:

Les D’Arcy is a living legend. At 89 years old, he’s obviously not received the memo about slowing down, and is going for gold, literally...A seven time world champion, he still lifts weights to train – something he’s been doing for decades, after surviving a sickly childhood.

“Of course compared to some, Les is a spring chicken. Australian legend Dorothy DeLow is 100, and finds herself a mega celebrity in this rarefied world. She’d better watch out though – Texan Lisa Modlich is fifteen years her junior and is determined to do what it takes to win her first gold.”

Here is a trailer:

The film is having a limited theatrical run in the U.S. next week only (from 27 May to 4 June) and only in selected cities. You can find a list of those cities here.

Ping Pong is making the film festival circuit in the U.S. this summer and is expected to show up on DVD and cable providers' video-on-demand beginning 10 September.


THE STORY OF EARTH IN TWO MINUTES

Claire Jean sent this video that is beautiful and uplifting and then frighteningly sad.

On Bedford Street where I lived in Manhattan, there was for a time a lovely little French bistro where I often dined. When the young proprietor, from Turkey, and his Texan wife had a baby, they named her Isabella Boughalem.

Now I have another to add, this time a man's name. Until I read a couple of reviews of the latest Star Trek film, Star Trek Into Darkness, I had never heard of the young British actor, Benedict Cumberbatch (he plays Khan). 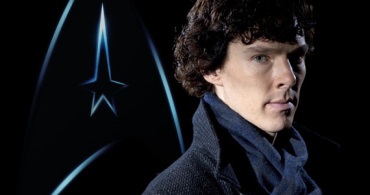 He already has a remarkable number films and television behind him and a lot of awards. You can read about him at Wikipedia.

Even if his name were not as rhythmic as it is, it would be interesting for its reminiscence of Dickens-style names.

Since “discovering” Mr. Cumberbatch, I like to say both names together: Benedict Cumberbatch and Isabella Boughalem.

Here is another documentary for you today. TGB reader Nancy Hutto, who keeps bees herself, sent this trailer for More Than Honey about the global phenomenon of bee death.

The film will be playing at a few theaters in the U.S. in June. You can find out where at this website.

In the past decade or so, new kinds of software have made video manipulation more realistic than ever before. Think of that eTrade baby and the zillions of talking animals that look so read.

Darlene Costner sent another one. Yes, it is a commercial for Evian, but no matter. This is so much fun to watch that I'll bet you do it more than once.

Nikki Lindquist and Eileen Riordan are only two of the TGB readers who sent this cat video. It's somewhat reminiscent of Henri, Le Chat Noir we have featured in this column in the past. This one has its own charms.

My favorite rhythmic name is Anya Ivani Ghanyani. She was a student from Iran in my college.

I have enjoyed Cumberbatch as Sherlock Holmes in a British production last year.

i have a favorite, too. when i worked in an office in manhattan, one of the young women was greek: athanasia malavazos. it still springs to my lips. congetta blascetta was a high school friend, but she's not as much fun as athanasia malavazos.
love, elaine

Lots of good stuff today. What a variety.

Do we all wonder if we would have the presence of mind and the courage of Ingrid Oyau-Kennett to step in and expose yourself to an obviously deranged couple of men and calmly talk to them. I doubt that I would be able to do so because the horror of what just happened would paralyze me. She should join MI-5.

The honeybees--what a horrific
tragedy! I'm saying a prayer for them along with all my others. The list is getting ever longer--sad.

Had I been at the scene, I'd have been too traumatized to think or speak. Ingrid Oyau-Kennett's reaction was amazing.

I read somewhere that friends/fellow actors call Benedict Cumberbatch "Bennie Batch". And he is absolutely the best Sherlock Holmes ever. Two seasons of BBC programs and I'm waiting eagerly for the third.

Sunetha Braitheswaren has stuck in my head since she was a classmate of my daughter years ago.

What a clever, eye-grabbing commercial. How do they do that? That would be really interesting to know.

Another great Saturday treat. Thanks.

Gotta love the kitties, but it's bad news for sure about the aquifer in Kansas and the bees! A song popular years ago ended with the lyrics, "What nature doesn't do to us will be done by our fellow man." Considering gun violence, over-farming and pesticides--plus a government paralyzed by right-wing ideology and denial of climate change--those lyrics may not be far off base.

I imagine I get to see a lot more English TV shows here in Sweden than you do in the U.S. And I'm so happy for that! I've come to really love the English, their sense of humor and just their general way of being. The old sitcoms and the new, too.

Re Beatles: I just learned that you can hear the BBC tapes made by the Beatles live in '63: off-the-cuff wit and off-the-cuff music.

And as a Texas writer, I thank you for covering the water crisis. Simply put: there's never enough, and it's getting worse.

I see I'm not the only one who came to the comment section specifically to recommened further "Cumberbatch research"! The BBC's Sherlock with him and Martin Freeman (as Holmes - who's also great) is simply wonderful. They all used to be available on BBC's iPlayer on their website but I'm not sure if they still are. Quite an engrossing watch, each episode is over an hour, they're like mini-films!