Home About Archive Contact
How to End Sexism, Racism (and Ageism Too)
ELDER MUSIC: Trumpet

This is one of Rembrandt's most famous paintings, from 1642, Nightwatch which is owned by and on display at The Rijksmuseum in Amsterdam. 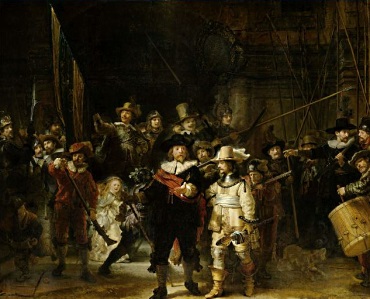 A few week's ago, to draw attention to their collection, the museum created a kind of flash mob at a busy mall that became a living tableau of Nightwatch. Take a look:

The Rijksmuseum has one of the best websites of its kind I've ever seen. (Hat tip to Darlene Costner)

More good museum stuff. On 24 March 1813, according to The New York Times, Jane Austen visited a popular gallery in London that was showing the works of England's well-known portrait painter, Sir Joshua Reynolds.

”...now, precisely 200 years later, an ambitious online exhibition called 'What Jane Saw' will allow modern-day Janeiacs to wander through a meticulous reconstruction of the exhibition and put themselves, if not quite in Austen’s shoes, at least behind her eyes.”

That's right. It is re-created just as Jane Austen saw the exhibit. Here is a screen shot:

Go visit it for yourself now and you can read more about it in The New York Times story.

This is an actual conversation with a two-year-old child re-enacted by the father, Matthew Clarke, and another grown man. Wow – this really shows off the intimidation tiny little people can wield.

Many styles, many eras, one song. Another from Darlene Costner.

You can see the sources for all clips at the YouTube page.

It has long been the policy of Medicare to stop payment for rehab therapy if the patient is not improving. This has been a bone of contention because often therapy is needed to maintain a patient's current capability.

Now that has changed. According to Flora Davis,

”From now on, Medicare—which covers younger people with long-term disabilities as well as elders—must pay for medically necessary skilled nursing and therapy whether patients need it to improve or just to maintain their present conditions.

“Both original Medicare and the Medicare Advantage programs must comply...and advocates hope private insurers, which often follow Medicare’s lead, will give up the improvement standard as well.”

Many providers may not know of this change and need to be advised. Flora has much more information at The Silver Century Foundation with links to places where help can be found.

Last September, I showed you a video of Maru the Japanese cat and his (her?) penchant for jumping. Now, thanks to TGB reader Cathy Johnson, we have new video of Maru.


WHO INVENTED THE OPTOMETRIST'S EYE CHART?

Undoubtedly, anyone reading this is familiar with the optometrist's eye chart whether hanging on a wall or, these days, perhaps in its electronic form: 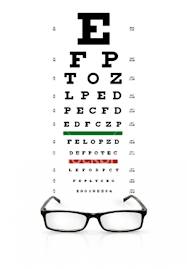 Did you ever wonder how it came to be? It was created in the mid-19th century by a man named Herman Snellen and it caught on quickly:

”The chart spread all across Europe, an instant hit. 'The first big order was from the British Army, in 1863 or so,' Colenbrander says. 'Obviously the soldiers who fired their muskets had to be able to see.' Soon after that, printers everywhere copied it.”

There is more to the story and you can read it at The New York Times.

For some years in my Greenwich Village neighborhood I was friendly with a dog whose back legs were paralyzed and got around on a scooter-like contraption that he propelled with his front legs.

Now that principle has been applied to a baby pig who was born with deformed hind legs. His name is Chris P. Bacon and this video about him from Anderson Cooper is so going to warm your heart. (Hat tip to Carol Wasteneys).


BIG BROTHER IS A WHOLE LOT BIGGER THAN YOU THINK

I take privacy seriously. For the ten years I worked at websites before I retired, in addition to my official positions, I was the privacy officer. Back in those days, we – or I, anyway – thought we could keep big brother at bay.

Not so. It's over. I don't see how we can ever regain control of our constantly surveilled lives. Worse, nowadays “smart cameras” that closely resemble those on the TV show, Person of Interest, “can detect suspicious activity before a crime occurs.”

If that doesn't scare the pants off you, nothing will because it is a truism that all new technology, however pernicious, will be used – for no other reason than that we can.

This documentary, Naked Citizens, is much longer than what I usually post here (32 minutes), but it is worth spending the time for a peek into the modern security state. It starts out in England (London, they tell us, is already the most surveilled city in the world) and continues in the U.S. about halfway through.

Add the CCTV to the coming lethal autonomous robots and we've a thoroughly dystopian prospect.

Can we manage what we can build to enhance human life? Big questions for a Sunday morning. Think I'll go off to the hills. :-)

Jan has it right. The genie is out of the bottle and can never be put back. George Orwell has been vindicated.

The unintended consequences of new technology are truly frightening. I have not yet seen the video due to a time constraint but will watch it later.

LOVE the dancers!!!! The cute
kitty cat ranks second...
Like Darlene, will watch the
32 minute video when there is
time....
Amazing how busy life can be after age 80!

The flash mob was part of the announcement of the re-opening of the Rijksmuseum, after a major remodel.

The dancing was outstanding! I hated to see it end.

Pure DEEEEEEEElight! (Except, of course, for the conclusion, which re-inforces my growing paranoia about privacy.)
Thank you (and Darlene and other readers).
And Happy First of June.

Not only does The Rijksmuseum have a great website, the museum itself and exhibits are amazing. The Van Gough Museum is definitely worth visiting. Amsterdam is senior friendly too!