Home About Archive Contact
How Did You Spend Your Working Life?
Images of Life: Then and Now

Elder Hunger and the Republican Party

Who says Congress can't do anything? Why just last week, the House voted to kill food stamps (SNAP). Well, it wasn't quite that straightforward but it's heading in that direction.

The first vote on the farm bill (which is due for its every five-year renewal) failed because 60 Republicans did not think the $20 billion cut to SNAP the bill contained was enough. So Oklahoma Republican Frank Lucas just lopped off the entire program. Then the bill passed along party-line vote.

Even if they are becoming a little ragged, there are good, historical reasons that the agricultural/farm program has always been married to the food stamp nutritional program. (Look it up; it's not salient to today's post.)

But after this vote, the future of SNAP which currently provides food assistance to 47.6 million Americans including about 10 million impoverished elders, is extremely unclear:

”When asked about what Republicans were planning on doing with the program, House Speaker John Boehner told reporters, 'We’ll get to that later.'”

Uh-huh - like all those other things the House will get to later.

The average SNAP payment is only $132 a month, equal to $4.25 a day which doesn't seem like much but it keeps a lot of people from starving and is one of our most vital safety net programs. 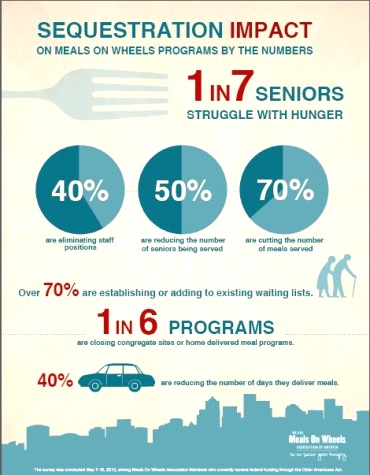 The House agricultural bill with the missing SNAP will go to the Senate later this month where it is expected to fail. The Senate has proposed only modest cuts to SNAP (bad enough) and President Barack Obama has vowed to veto the measure if it does not contain support for food stamps.

What's going to happen is too ambiguous right now to know anything specific.

Meanwhile, commentators and pundits have been rightly asking what is wrong with Republicans. Actually, they have been doing more than that. They are screaming bloody murder at the moral awfulness of the GOP.

”There really isn’t any other word. Congressional Republicans are simply appalling,” writes Katrina vanden Heuvel in the Washington Post...

“Republicans just passed a farm bill. It lards out $195 billion in subsidies for agribusiness. At the same time, they chose to drop food stamps — the Supplemental Nutrition Assistance Program — from the bill for the first time in 40 years.

“In this time of mass unemployment, 47 million Americans rely on food stamps. Nearly one-half are children under 18; nearly 10 percent are impoverished seniors...

“Now,” writes vanden Heuvel, “it looks like the 'stupid' wing of the Republican Party has taken over. Our nation suffers as a result.“

Last Monday in a column appropriately titled Hunger Games U.S.A. New York Times columnist Paul Krugman minced no words at all: “Something terrible has happened to the soul of the Republican Party,” he began.

After explaining that the farm bill passed by Republicans in the House kills the SNAP program while increasing boondoggle subsidies to giant agribusiness, Krugman tells us what he really thinks:

”So what’s going on here? Is it just racism? No doubt the old racist canards — like Ronald Reagan’s image of the 'strapping young buck' using food stamps to buy a T-bone steak — still have some traction.

“But these days almost half of food stamp recipients are non-Hispanic whites; in Tennessee, home of the Bible-quoting [Representative Stephen] Fincher, the number is 63 percent. So it’s not all about race...

“What is it about, then? Somehow, one of our nation’s two great parties has become infected by an almost pathological meanspiritedness, a contempt for what CNBC’s Rick Santelli, in the famous rant that launched the Tea Party, called 'losers.'

“If you’re an American, and you’re down on your luck, these people don’t want to help; they want to give you an extra kick. I don’t fully understand it, but it’s a terrible thing to behold."

Yes it is - a dreadful thing to behold. And food is only a small part of it. In dozens of other bills, Congress or, rather, mostly the Republicans in Congress are plenty busy kicking everyone in the U.S. to the curb except their patrons - the wealthy and well-connected.

Ronni here again: Oh dear. I did not intend today's post to match so closely with today's Elder Storytelling Place story. It just turned out that way.

When things are being done that fall outside the realm of the believable,
one of the questions I was always asked to think about was

"Who will profit from this act?"

If we get rid of all social programs ---which is the aim and goal of the republicans ----- who will be gaining the power and money? If we could figure this out we might have a chance of combating the slow disappearance of empathy.

"Something terrible has happened to the soul of the Republican Party." Indeed. When you can cut even food to the hungry, you've become something less than human.

The "terrible" that has happened is that so many are addicted to "devices" and other things that remove the
mental creative energies from
actual thought.
Those in the "SocialNetworks" deal in constant daily trivia! All the phone "Apps" and computers keep users in
search mode most of their waking hours. Then they fall to sleep with the TV going to
continue the bombardment on the brain cells!!!!
Too few folks are actually doing much "thinking" anymore!
The atheists are busy pummeling the christians and the christians are busy proselytizing and praying for their god to fix everything!
It is up to the thinkers and doers to do what we can to make good humanitarian changes in our failing Government! We must put the "We" back into "We The People!!!"

It's appalling what's happened to our country. We do need thinkers and doers as Elizabeth says and yet we've driven our educational system to the ground. Each of us needs to do what we can. Write to your representatives, give something to your food bank, teach our children and grandchildren better. Give them time not things and hope the idea sticks.

It is so frustrating that so many House members are entrenched in districts where they will always be reelected. They don't care about anybody or anything except their very, very narrow interests.

Why do we even have farm subsidies any more? Haven't they outlived their initial usefulness?

In addition, cuts to the SNAP program seem not only cruel but also shortsighted. How well can children learn when they go to school hungry?

Helping children born to poor parents is not only the right thing to do but also would reap huge benefits for society as a whole. We'd have greater numbers of healthy and well-educated young adults and probably less crime.

Okay, I have to talk about this.

I'm on food stamps. I worked full-time until three years ago, then was forcibly "retired" when the funding (it was a nonprofit) ran out. My unemployment ran out a year ago, and I'm left with my SS. At 71 a new job proved ungettable. I applied for SNAP and Medi-Cal (Medicaid in CA) and was "awarded" $78 a month for food, and Medi-Cal covered my Medicare premium. Then my SS went up because they added back that premium to my check, which put me over the poverty limit according to the CA Dept of Social Services.

So now my SNAP is $14 a month. And CA has taken back half the Medicare premium in the form of slapping me with a "share of cost" increase.

All the hours I spent filling in elaborate forms, copying tax returns and utility bills, and dealing with surly, overworked welfare workers, and that doesn't begin to address the blow to my pride, only to realize that the whole process is a useless sham.

I did consult the Legal Aid Foundation. I have an ongoing case, but I've been advised that because I'm "still ahead," i.e. I'm getting $14 worth of free food every month, I'm probably going to lose.

One bit of ironic humor I've found in my adventure: You can't buy catfood with food stamps. It's not considered "for human consumption" and is therefore ineligible.

And the Conservatives call themselves Christians. That is totally obscene!!

Margie, may you win. Living in CA also, with its heavily Democratic political landscape, I find this appalling. If it's not too much trouble, talk to another worker or a supervisor, write to your local newspaper and politician, shamelessly use charm and openly raise hell. And know there're many of us rooting for you!

I used to shake my head at the doings of corrupt governments in other countries on other continents. I would think how lucky we were here with our enlightened ways and futuristic outlook. It's really depressing to realize that instead of continuing as an example we have devolved to a winner take all bully. The prejudice and hate are so blatant right now it's as if I'm in an old movie. Anyway, Ronnie, thanks for a spot of sanity.