I once did a column on classical music called the Classical Chain that showed the links between composers. I also did something similar with The Byrds a long time ago. I’ve decided to do it again, this time with country musicians.

Okay, you could say that they all pretty much know each other so it’s rather superfluous. However, I’m going for links that are a bit stronger than just knowing each other.

I’m starting the country chain, quite arbitrarily, with DUANE EDDY. 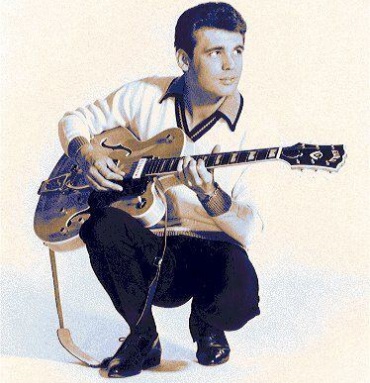 On the surface this may seem an odd place to begin but all will be revealed.

Duane was probably the first rock & roll guitar hero and he had quite a number of hits in the fifties and early sixties, all of them instrumentals. He started playing guitar at age five and began his professional career at 16 when he met Lee Hazlewood who produced his first records.

There are quite a few of his tunes worthy of inclusion - however, I’ve gone for his version of the theme for the TV series Peter Gunn.

Duane was once married to JESSI COLTER who was born Miriam Johnson. 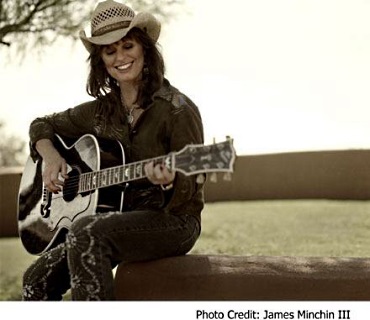 While they were married, Jessi wrote a bunch of songs under the name Miriam Eddy for Nancy Sinatra, Don Gibson and Dottie West. After she and Duane divorced, Jessi returned to Phoenix where she was raised.

There she met Waylon Jennings and he was taken with her voice (not just her voice, I imagine) and they recorded a couple of duets. He produced her first album and it was from her second album that her biggest hit, I’m Not Lisa, was taken.

However, the song I’ve decided to use is from her fourth album, “Diamond in the Rough.” The song is Oh Will (Who Made It Rain Last Night). That’s Jessi tinkling the piano.

♫ Jessi Colter - Oh Will (Who Made It Rain Last Night) 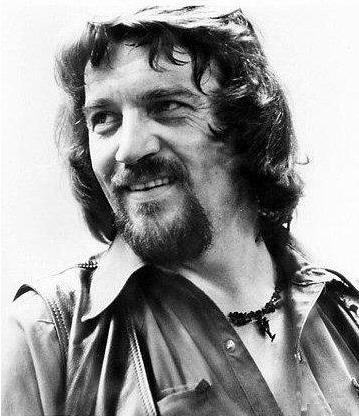 Waylon had one of the great voices in country music. He started as a disk jockey in Texas and his first musical gig was playing bass for Buddy Holly on Buddy’s fateful last concert tour.

From there he went on to become one of the most interesting country musicians. He had no truck with the established country music establishment and went his own way.

Here he performs Amanda. In later live performances, the line “Now I’m over 30” got updated until eventually it became “Now I’m over 60.” Alas, that’s as far as it went.

Waylon was a long-time singing partner, off and on, with WILLIE NELSON. 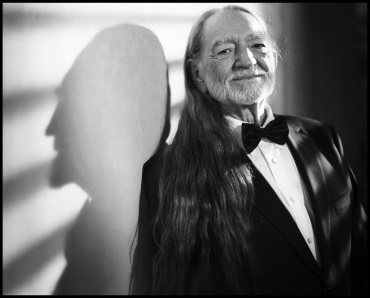 Willie, likewise, went his own way and is still doing that producing some of the greatest country (and other) music of the last 50 years.

Willie is a living treasure and long may he continue. It’s hard selecting a single track of his but I’ve gone for Me and Paul where he sings about his early experiences on the road with his long time drummer Paul Nelson.

♫ Willie Nelson - Me And Paul

Later Waylon and Willie also worked in a group who called themselves The Highwaymen, not to be confused with a folk group from the early sixties who had the same name. Another member of that group was JOHNNY CASH. 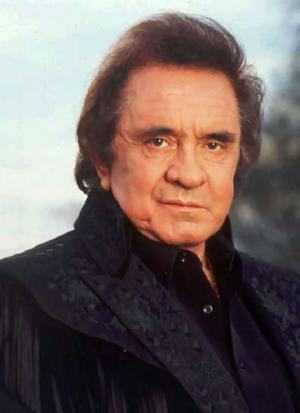 I'll play what I think is the finest song he recorded, and that’s a sweeping statement given the quality of the songs he's recorded over the years. It's a Bruce Springsteen song, from his extraordinary “Nebraska” album.

Bruce does a fine, if rather low-key, version on that disk and for once I prefer the cover version. It's almost seems as if he wrote the song with John in mind. It is Highway Patrolman.

Johnny was married to JUNE CARTER. 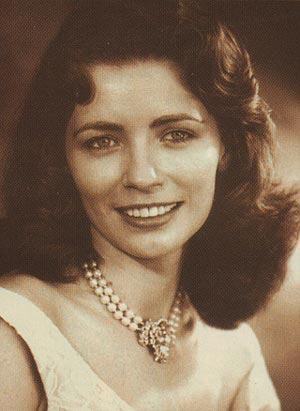 One of Johnny's most famous songs is Ring of Fire. This was actually written by June. Here is her version, accompanying herself on the autoharp.

June came from country music royalty. Her mother was MAYBELLE CARTER, an original member of the Carter Family. 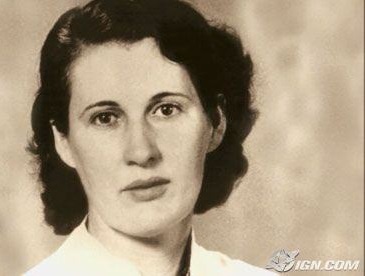 The Carter Family were Maybelle, her cousin Sara and Sara’s husband A.P. Carter. Maybelle was married to Ezra Carter, A.P.’s brother, so this was really a tight knit family group.

Getting back to June, before John, she was married to CARL SMITH. 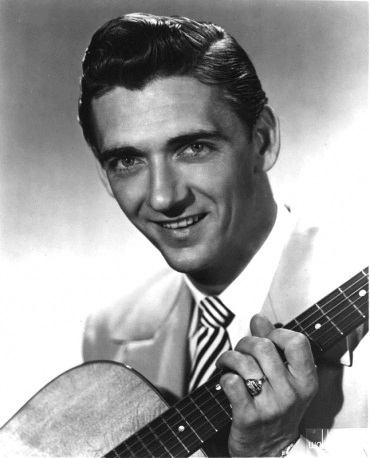 Carl was one of the biggest names in country music in the fifties but in spite of some of his music anticipating rock and roll, with the advent of the new style, he faded somewhat. Not completely, talent will always win out no matter the style.

Here is Carl with a traditional country weepie complete with spoken bits in the middle (that's how you know it's a country song, claims the A.M.), I Just Dropped In To Say Goodbye.

♫ Carl Smith - I Just Dropped In To Say Goodbye

June and Carl had a daughter named CARLENE CARTER. 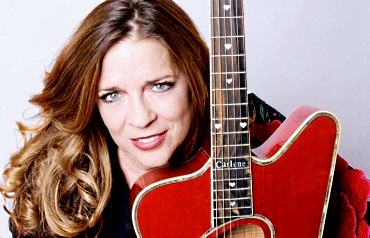 Carlene started in show biz singing with her mother and two aunts in the Carter Sisters, a group that was the next generation of the Carter Family.

Although officially in the country camp, her music is closer to rock to my ears, although there's certainly a mix of both in her music. See what you think.

Carlene sings Baby Ride Easy with some help from Dave Edmunds who was in a rock group called Rockpile with Nick Lowe.

Carlene was once married to NICK LOWE. 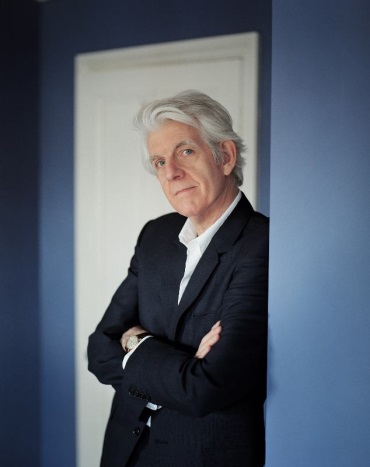 Okay, Nick isn’t usually considered country but he fits in the chain. Nick actually recorded a couple of albums with considerable country influence so enough of his music fits pretty well.

Nick is one of the most important figures in the development of punk rock in Britain. He wasn’t a punk rocker himself, his voice is too good, his songs too melodic and his playing too good.

However, he was also a record producer and recorded several of the earliest punks (as well as other styled musicians). Nick sings Faithless Lover.

Nick was briefly in another group, somewhat later than Rockpile, called Little Village. They probably called it a “super group” at the time as it also included John Hiatt, Jim Keltner and Ry Cooder.

Ry and Jim have recorded with pretty much every musician in the world so this could go on forever. However, I won't go down that route - that's for another day.

Next week we’ll return to Johnny Cash and go down a different path.

Your blogs have taught how little I know about music and musicians, but now I have to try to find more of Nick Lowe! Beautiful.

You picked some winners in this segment Peter

I've been slow coming to country music Peter, but under your tutelage I'm beginning to appreciate it more. Thanks
It was interesting to hear June Carter's rendition of Ring Of Fire. It might seem chauvinistic, but I much prefer Johnny Cash's version. His voice suits the lyrics.
But, yes, she had to write it for him to sing it.

I must ask, Peter, if you've ever considered doing a column on Irish music. Some people might consider it silly and sentimental. But it's not all so.
Think about it.