Here is a chain of country musicians who were associated with each other. I began this last week and somewhere in the middle of that column was Johnny Cash. He's the trigger for today's column.

John had a daughter named ROSANNE CASH who went into her father's business. 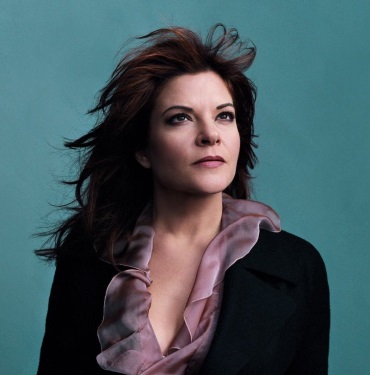 Rosanne can sing rock or country music with the best of them, often in the same song. Although she's a fine songwriter, I've gone with a cover of John Hiatt's The Way We Make a Broken Heart.

♫ Rosanne Cash - The Way We Make A Broken Heart

Rosanne for a while was married to RODNEY CROWELL. 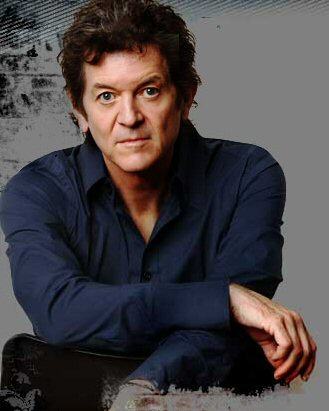 Rodney is one of the finest singer/songwriters of the last several decades and really deserves to be better known. As this is a country chain where everyone is connected to all the others, the obvious song for Rodney is I Walk the Line (Revisited) with the assistance of his ex-father-in-law, the great man himself.

Rodney was, for quite some time, an integral member of the Hot Band who backed EMMYLOU HARRIS. 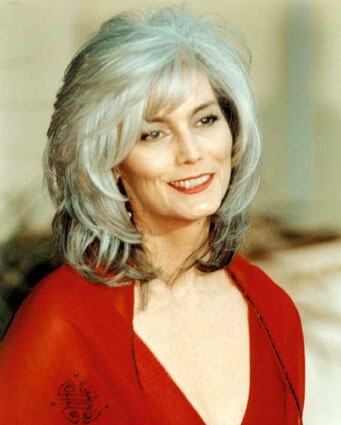 Emmy's song is How She Could Sing the Wildwood Flower, a song she wrote with Kate and Anna McGarrigle. This is a bit of a nod to other links in the chain as Maybelle Carter wrote the original Wildwood Flower.

♫ Emmylou Harris - How She Could Sing the Wildwood Flower

Another long-time member of the Hot Band is ALBERT LEE. 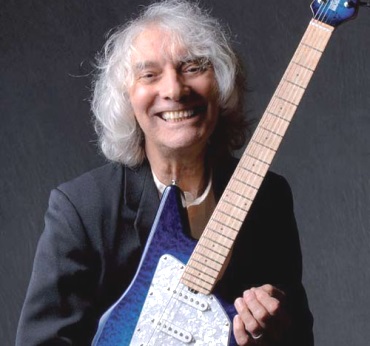 This track doesn't really show his picking skills as much as some other of his others but that doesn't matter. The song is On the Verge.

♫ Albert Lee - On The Verge

Albert has been in several bands over the years – Eric Clapton's, Bill Wyman's, several he organised himself. However, most notably, he was the guitarist and musical arranger for quite some time for the EVERLY BROTHERS. 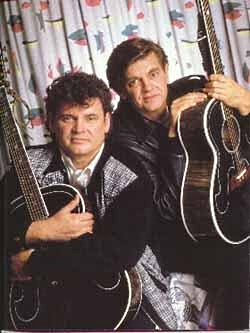 I'll play a track from one of the albums they recorded after their comeback (after they reputedly hadn't spoken to each other for about ten years). It is a Mark Knopfler song and Albert Lee is prominent on guitar, Why Worry.

Returning to The Hot Band for just a minute, a founder member of that group is another great guitarist JAMES BURTON. 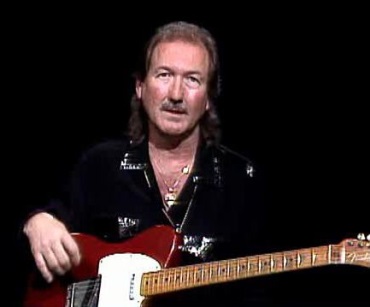 It’s not just the Hot Band that James played for. He has been an in-demand session musician for about 60 years now so there are any number of tracks I could play with him on.

He’s also recorded several albums himself, some on his own, others with such notables as Chet Atkins. There are also a couple of records out there he recorded under the name Jimmy Burton (as if that’d fool anybody).

Here is one of those tracks, Love Lost. A bit heavy on the fiddles for my liking.

I first noticed James, although I didn’t know who he was at time, backing RICKY NELSON when Ricky would sing at the end of each episode of The Nelsons (or whatever the program was called where you were back then – it had this name here in Oz).

You can see James over Ricky's left shoulder in the photo. 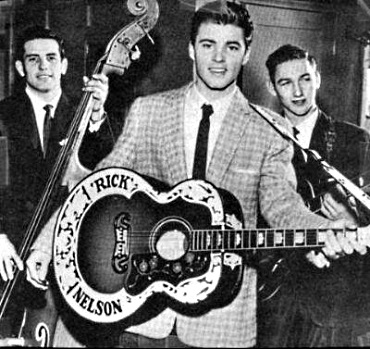 The obvious track to play is Hello Mary Lou as it has some fine rocking guitar playing by James.

Climbing back a few rungs to Rodney Crowell who is a good friend, and occasional singing partner, of GUY CLARK. 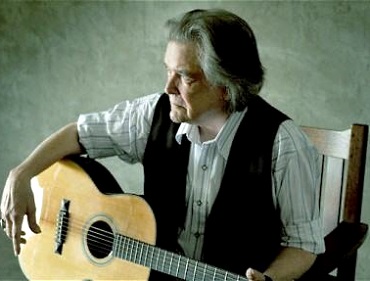 I keep saying this about a number of writers but my goodness, Guy can write some wonderful songs. This is just one of them, New Cut Road.

Another in the mix with Rodney and Guy is TOWNES VAN ZANDT. 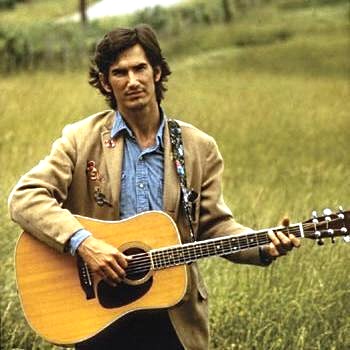 What a talent was Townes - alas, he liked to indulge in, well, everything really. He could have been a contender but he remained a cult figure known to those who appreciate interesting music.

He's no longer with us but he left some great music behind. Here is a sample, (Quicksilver Daydreams of) Maria.

One final person to round things out, one who was also in the group The Highwaymen with Johnny, Willie and Waylon and that is KRIS KRISTOFFERSON. 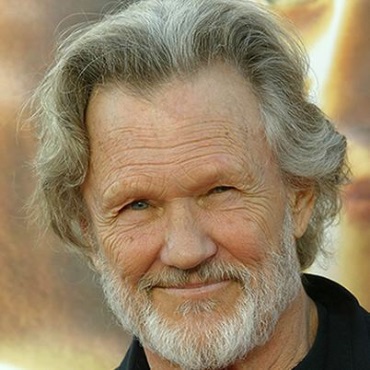 Kris has written some terrific songs over the years, covered by many artists but I still like his versions. I've decided not to use one of his really famous songs. Instead, here is The Silver Tongued Devil and I.

♫ Kris Kristofferson - The Silver Tongued Devil and I

There are even more links in this chain but this will do for now.

Coincidently, today at the Unitarian church I sometimes attend here in Los Angeles, Emmylou Harris was the guest musician! She sang some of her own compositions and a Bob Dylan song. Her daughter accompanied her on some songs.

Last summer I saw Rosanne Cash perform in an outdoor concert at Seattle's Woodland Park Zoo. She was terrific--what a voice she has. Thanks for another great Country Chain, Peter.