We have featured the British comedy/singing group, Fascinating Aida, in the past. In this video, they take on the generations with their song, Down With the Kids. (Hat tip to Pamela of Costa de la Luz Gardening)

You can find out more about Fascinating Aida at their website.


BURIED IN A PILE OF BABY GOATS

There isn't anything more I need to say about this way too cute video.


TEXAS, WHERE FREE SPEECH IS DEAD

Apparently, speaking out against state lawmakers in the Texas Legislature is now an offense for which a person can be silenced and dragged off by state troopers. Look what happened this week when Sarah Slamen told the lawmakers what she thought about their abortion bill.

Here's some of what Ms. Slamen later told Daily Kos after the event:

”Senator Jane Nelson tried to say I was being disrespectful but how would she know? I barely got to give the complete performance review of every member on the committee.

“Pointing out that Sen. Donna Campbell is an ophthalmologist is not disrespectful when she asserts in a state hearing that she should be THE expert on reproductive health.

“What was disrespectful was the parade of anti-choice zealots and misogynists who got up for 13 hours and called women murderers, killers, promiscuous, thoughtless, and selfish. Not a peep from committee chair Nelson on those.”

It's time for the states who have not rejected Obamacare to begin educating their residents about the healthcare marketplace that will soon become available.

This one from my state, Oregon, proves that the studied weirdness presented in the cable drama, Portlandia - set and shot in Portland - is not, as advertised - fiction.

Moscow's well-known populations of stray dogs go back at least as far as the Soviet Union and perhaps to pre-revolutionary times. Back then, the dogs were regulated and when there were complaints, they were destroyed:

”Strays were sometimes turned into fur caps, or used in scientific experiments.”

During the 90s, as Russia became more affluent and there was more garbage, the population of strays increased. Nowadays, one subset of the dogs rides the subway:

“'There are three models of metro dogs,' Andrei Neuronov explained: dogs who live in the subway but do not travel, dogs who use the subway to travel short distances instead of walking, and entrepreneurial dogs who spend the day riding back and forth, busking.

“This last type of dog takes long trips, working the crowd for treats and emotional contact. (On trains, dogs 'seeking tenderness' are particularly inclined to approach women over forty who are carrying large shopping bags.)

“And, according to the results of a study Neuronov conducted of the Red Line, some dogs hop on the train for purely recreational reasons. 'Like in human society,' he said, 'there are dogs who are inclined to see new places.'”

Moscow's subway dogs' have been tolerated for years but their days may now be numbered. Go read this fascinating story at The New Yorker.

UPDATE: Sorry the video has been withdrawn from YouTube since I wrote this on Friday. I'm leaving this here in case it returns.

It's an old story, right? Fire fighters rescue cats stuck in trees, pull them out of other tight spots and even bring them back from the dead – well, at least one did so in this case.

The fire fighter is Cory Kalanick of Fresno, California and here's his heartwarming story.


TRUE FACTS ABOUT THE MANTIS CRAB

Now, now – don't go running off thinking this is too scientific or boring. No, it's not that. Ze Frank makes a little learning go down as easily as a bowl of ice cream and you'll laugh too. (Via Wonkblog)

Let's give Peter Tibbles (who writes the TGB Eldermusic column on Sundays) a big hand for this fabulous shadow puppet show.

I wish I had something this funny to end every Saturday column. (Hat tip to Darlene Costner) 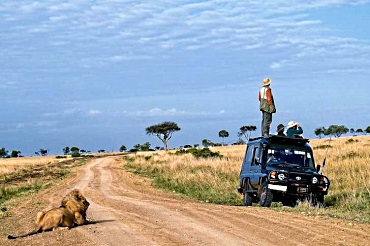 How I wish that wonderful Molly Ivins was still alive. She would have so much fun ridiculing those Luddites that comprise the Republican led Texas "Leggie". I thought it was satire when I read that they made the women give up their Tampons before entering a meeting. But,no. They really are that insane. Good for Ms. Slamen for standing up to them.

The baby goats are so cute as they vie for attention. And the shadow puppets are very clever. I have seen other videos of their shadows and they are simply great.

Great Saturday post Ronni. I think Fascinating Aida is wonderful. I may have to pop for a video.

Sarah Slamen is a hero, such courage speaking the truth. What the heck is in the Texas water down there? Lunatics.

Fascinating Aida is magnificent! I am cheered.

The baby goats make me laugh.
The Texas legislature makes me cry.