Home About Archive Contact
Some Wisdom From the Not Too Distant Past
ELDER MUSIC: Life is a Carnival

Improv Everywhere is back with another delightful event:

”We put a Carnegie Hall orchestra in the middle of New York City and placed an empty podium in front of the musicians with a sign that read, 'Conduct Us,'” they explain on the YouTube page.

“Random New Yorkers who accepted the challenge were given the opportunity to conduct this world-class orchestra. The orchestra responded to the conductors, altering their tempo and performance accordingly.”

It's not like the subject of laundry comes up often in conversation but once when it did and I said I use cold water for all washes, a few people reacted as though I'd said I don't bathe regularly.

Now, however, thanks to my local power company, I am vindicated. Take a look:

Did you know that all giant pandas in zoos around the world are only on loan from China and usually for a period of 10 years? Plus, they are shipped back and forth on the official Panda Express airplane by FedEx: 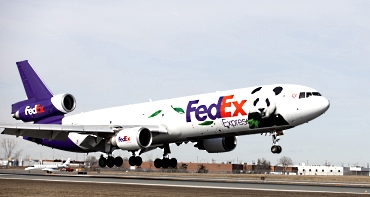 Here is a giant panda arriving via FedEx in Toronto earlier this year for the zoo there: 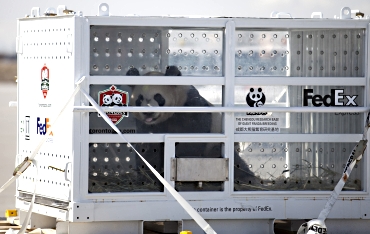 There are more photos at the FedEx blog and more information about panda “diplomacy” here.

Yesterday, in many cities around the country, the documentary Inequality for All opened. It is, of course, about the concentration of wealth with the top one percent of the U.S.

As The New York Times review notes, the film is based on a class taught at the University of California, Berkeley, by former labor secretary under President Bill Clinton, Robert Reich:

”Rather than through a harangue or a lament, Mr. Reich ties together his talking points with a reasonable-sounding analysis and an unassuming warmth sometimes absent from documentaries charting America’s economic woes.”

Here is a trailer:

You can find out where Inequality for All is playing near you at this website.


THE FISH WITH A TRANSPARENT HEAD

There are all kinds of weird things in nature and this one, the Pacific barreleye fish, caught my attention. The video is self-explanatory and you'll be surprised to learn that those two things that look like eyes in the front of its head - are not eyes.

Unless you've been on Mars for the past month or so, you have read a lot about the Miley Cyrus “twerking” episode at the MTV Music Awards in August. Now, the Fine Brothers have added twerking to their popular online React series, this episode, Elders React to Twerking. Hilarity ensues:

There are other React videos from the Fine Brother including more Elders React.... You will find them along with Kids React..., Teens React... and YouTubers React... at their YouTube Channel.

This short ballet was filmed at sunrise on the top - 57th floor – of 4 World Trade Center in lower Manhattan described on the YouTube page as a “tribute to the future of the city that New York City Ballet calls home.”

Well, he starts out making you think it will be a cell phone rant and turns into a thoughtful reflection on the human condition. Another reason to love Louis C.K. - and he's correct about this, you know:


FAREWELL TO A PRECIOUS FRIEND

A couple of weeks ago, a friend's father (also my friend) died after a long illness. Then, a few days ago I was checking my Facebook page (believe me, I never do that except on rare occasions to be certain this blog is being distributed there properly) and saw an announcement that Castine, my friend's wonderful dog, had died.

She wrote a beautiful tribute:

”My sweet Castine was worried that my Dad was in need of a friend and joined him last night. She was the purest soul I have ever known. I am a better person for sharing my life with her.

“I like to think the two of them are enjoying a cup of coffee and a bone on a great front porch watching the leaves turn on this fine fall morning.”

The ballet is exquisite. I couldn't help but think how cool it must have been at that time of day (it was so windy.) I will come back to view the rest later when I can have the sound up.

I've always thought it must be a thrill to conduct a symphony orchestra, to have that kind of music issue forth at your command. Those lucky New Yorkers! Now, however, I'll have to go look up the whys and wherefores of an electric baton; this is the first time I've noticed one having a cord ... unless it was just a leash so as not to lose the thing.

Interesting laundry video and I can pre-treat wine stains with Wine Away red stain remover, hasn't failed me yet. Saw Robert Reich discussing "Inequality for All" with Bill Moyer on PBS. Very interesting and quite a bummer. I think he's spot on, we just aren't the "Land of Opportunity" anymore. I know so many younger people who have begun careers only to be laid off because of downsizing or the businesses actually closing and are now approaching or over 40. They are desperately keeping themselves and/or their families afloat, and cannot see retirement ever being in the picture except in poverty. Even working two jobs doesn't cut it if you have no insurance or demanding health conditions. I wish I had a solution.

The ballet brought me to tears .....and in 1991 one month apart - I lost my Dad and our dog Muziwoo. They used to sit together whenever Dad came to visit and make him pet her. My Daddy did a needlepoint of himself in his rocking chair and Muzi beside him sometimes prior to 1991. It now hangs in my house.

Ronni, this, for me, was one of your best ever Interesting Stuff. Thanks so much. It made my day. I could go on about several items, but the bridge graphic really got me, because I've been realizing and being grateful for having my life boundaries in the span part instead of the peaks like my parents and my kids. Just dumb luck.

Also, gotta say, in the sexy dance department, the ballet has it all over twerking.

Loved the Elder Reacts bit! We elders have shown time and time again, that we are more "liberal" minded than younger people may think. Things that were sexually tantalizing when I was young were not so overtly demonstrated, but they were still there. Tension between the sexes has always been there since the beginning of time, just the ways of expressing it have changed through time -- and through the different media used to display it. Just check out the Kama Sutra and the walls of some of the Roman villas for some samples of that.

Dancing has taken many forms throughout the centuries, but, to me, ballet has always been the most beautiful form of all. The video was elegant.

On the other side of the coin, there is nothing beautiful about shaking your butt. If it is supposed to be sexual I think it would be advisable for those who think so to watch a graceful couple dancing the tango. That dance is full of sexual emotion and it is done with beauty.

Does this make me an old fogy? Hmmmm.

A great IS post, Ronni, capping off a week of great posts. You are definitely and consistently the most stimulating blogger I read. Thank you.

Thanks for all the cool Saturday Stuff!

Ronni--Mars to Earth: as I can't get the video to play, please allay my anxiety by telling me what "twerking" is. The photo that fronts the video is wierd!