Home About Archive Contact
Hannukah 5774
The Day After Thanksgiving 2013

I was a week late last year in discovering that 2012 was the 45th anniversary of Arlo Guthrie's epic Thanksgiving fable, Alice's Restaurant. I also discovered, all these years later, that with a couple of minor lapses, I still know the entire monologue by heart.

Equally important, I still love it. So I vowed last year that from then on, Alice's Restaurant would become a TGB tradition on Thanks giving and here is again on its 46th anniversary. 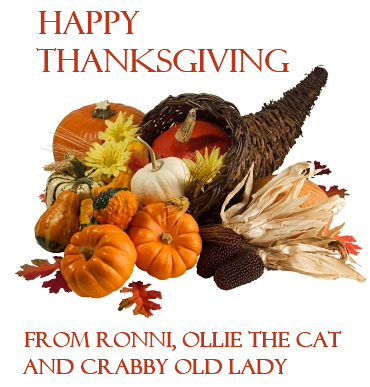 At The Elder Storytelling Place today, Marcy Belson: Thanksgiving in the Desert

I'm 69, and will be preparing my first Thanksgiving dinner ever. Was hoping to get through life without doing this, and hope it all turns out okay.

Oh, singing along. Oh, cooking with Alice too...for years. There was a wonderful cookbook, and Uncle Wonder Ray, who lived in the dining room, Woody Harry, Flight Attendant Bee, two kids, Paul, and I had a lot of fun in Arlo's world.

Have a great dual holiday yourself. :)

Happy Thanksgiving.
I appreciate you connecting with us on this autumn day of memories and peace.
"We are eating out!" Gone are the days of hoisting a turkey into a pan!"

I heard Alice on the radio this morning and thought of you immediately!

Love it! Happy Thanksgiving to you, too!

Happy Thanksgiving...and thanks for all your great and informative posts.

Thanks for a new tradition. I'm starting a few of my own. ;)

I went to an Arlo Guthrie concert a few years ago. He still has the chops, and he still sings Alice's Restaurant, with updated and very funny lyrics, mostly about how he doesn't sing the song any more!