I'll start the year with the inimitable LITTLE RICHARD. 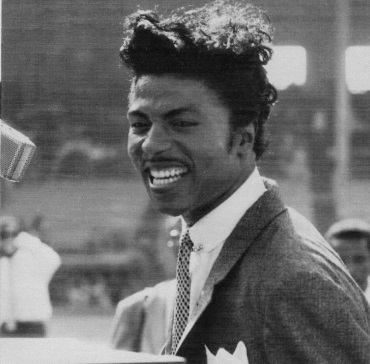 Any year that starts with him can't be all bad. His song is one of his big ones, Rip It Up.

♫ Little Richard - Rip It Up

From real rock & roll to no rock & roll at all, in spite of the title. Around this time mainstream musos were trying to cash in on the craze and completely missing the mark. This is a good example by KAY STARR singing Rock and Roll Waltz.

What a shocker (the song that is, not the singer – Kay's pretty good). 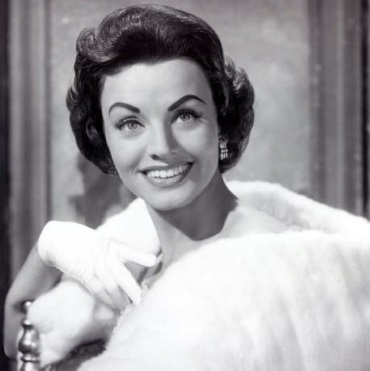 My Prayer started life in 1926 as a song called Avant de Mourir written by Georges Boulanger who was a Romanian violinist, composer and conductor.

Around 1939, Jimmy Kennedy wrote English lyrics to the tune and it was recorded with some success by both Glenn Miller and The Ink Spots. More time passed and THE PLATTERS had a go at it this year. 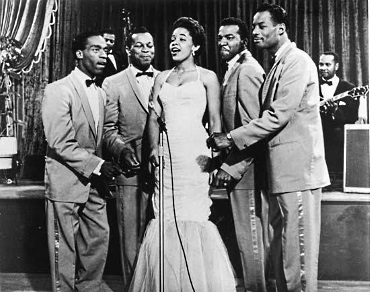 Many others have turned their hand (or their mouth) to it, but The Platters' version is still the pick of them and the biggest selling as well.

♫ The Platters - My Prayer

GENE VINCENT started his adult life in the navy, sailing to Korea at one stage. 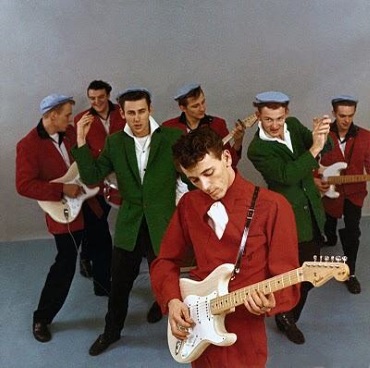 Upon his return he was seriously injured in a motor cycle accident (hit by a drunk driver) that damaged his leg so he had a limp for the rest of his life.

He was discharged from the navy on medical grounds and started a band called Gene Vincent and His Blue Caps. He wrote a song called Be-Bop-A-Lula and they recorded a demo.

Capitol Records wanted an artist to compete with Elvis and they got to hear Gene's demo. They signed him immediately and they recorded it for real and it became a big hit and a very influential song indeed.

The charts of the day still contained artists from earlier times, one of whom was FRANKIE LAINE. 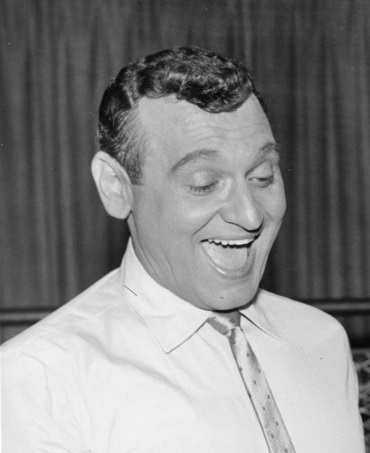 Even though he was renowned for singing cowboy songs, Frankie was at heart a jazz singer. This isn't quite jazz, although there are some inflections there. It's more big band pop. A Woman in Love.

♫ Frankie Laine - A Woman In Love 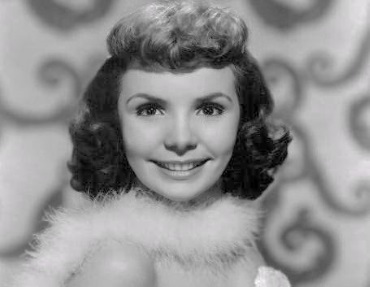 Oh Eddie, what possessed you to record Dungaree Doll? Eddie is, if you didn't know, EDDIE FISHER. 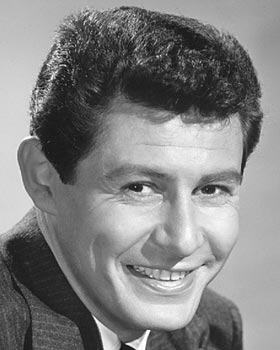 I imagine he was still trying to remain relevant to the young folks but it was already too late. I don't know if you can still remember this one. I can, my sister played it all the time. Deep sigh.

Shirley Goodman and Leonard Lee recorded as SHIRLEY AND LEE. 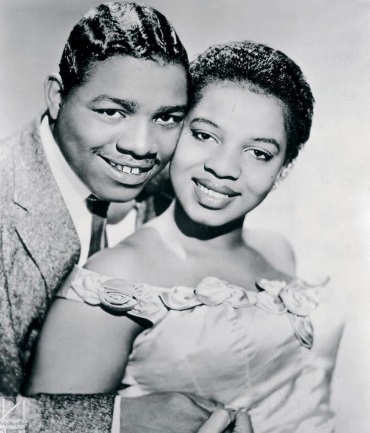 Shirley and Lee were born only days apart in New Orleans and had several big hits together while they were still teenagers. They wrote those themselves.

They had an interesting style, not singing together, really two separate singers that seemed to work. Here's one of those early songs, one that's become famous as a sort of anthem of New Orleans - Let the Good Times Roll.

I'll finish with The King. ELVIS was already in the mix by 1956, but it was this year that broke him worldwide with Heartbreak Hotel. 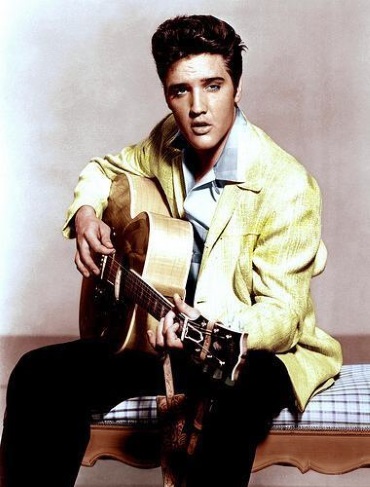 He had several more hits this year (and every year for the decade). This is one of them, Don't Be Cruel.

What a great selection of songs from an exceptional year. I loved Little Richard, The Platters, Laverne Baker, Gene Vincent, Shirley and Lee (I didn't remember their names,but who could forget the song), and of course Elvis.
By the way, I completely agree about Eddie Fisher. A few lines of Dungaree Doll was all I could take.

As usual, great collection and history lesson. I was a Bee-Bop-a-Lula baby in 56 and I remember the songs here that stood the test of time. Thanks.

The Platters of course were a huge part of that era but not as readily recognized was the heart of that group, Tony Williams. In my opinion he may have been one of the best talents of that era.