Home About Archive Contact
Trying to Find Some Amusement in Being Sick While Old
ELDER MUSIC: States – New Mexico to South Carolina


WHO SHOULD HAVE KNEE REPLACEMENT SURGERY

Too often in government health videos for elders I've seen, the speaker sounds like he or she is talking to toddlers. This one, however, is a straight-forward explanation of how decisions for knee replacement surgery are made.

Because joint wear and tear is a common issue with elders, this is good to know.

And, if you or someone you know is a candidate for knee replacement surgery, here is a video from the same surgeon about what it involves.

After a week-long hullabaloo about possible Scottish independence from the United Kingdom, the vote is in. There will be no is dissolution. You can read about it here.

Before referendum day, I discovered this video which could easily be named Scottish Independence for Dummies (that would be me) and it's fascinating to consider the ramifications if the vote had gone the other way. Take a look.

Click here to see how the numbers from the vote stacked up.

It is rare that I post a joke here because I think they don't work well in print a lot of the time. But this one from Darlene Costner is a really funny "out-of-the-mouths-of-babes" moment.

From the diary of a pre-school teacher:

My five-year old students are learning to read. Yesterday one of them pointed at a picture in a zoo book and said, "Look at this! It's a frickin' elephant!"

I took a deep breath, then asked, "What did you call it?"

"It's a frickin' elephant! It says so on the picture!"

And so it does. 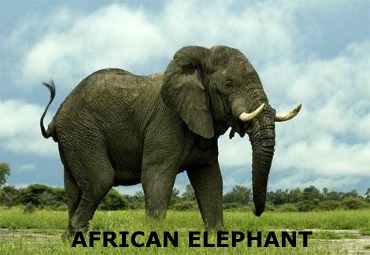 This is cutting edge solar science but not pie in the sky. It is being developed now and, as Xaolin Zheng explains, it can power the world while providing a sustainable energy future.

The video is 13 minutes long and gets into the scientific weeds a bit but it's worth sticking with (to coin a pun). It's an amazing new technology.

I know, it sounds impossible or, at least, that the Dalmation should be dead. Not so. Take a look.

You will recall that not long ago I asked you to send your comments on Net Neutrality to the Federal Communications Commission – the idea being to persuade the commissioners to not allow “fast lanes” for big companies while slowing down web site delivery for sites that don't pay up.

The public commentary period closed this week and it set a record for the number of submissions, more than doubling the previous record of 1.4 million set with Janet Jackson's “wardrobe malfunction” that briefly exposed her breast during the 2004 Super Bowl.

Now we await the FCC's decision. You can read about that at The Guardian.

If you are a regular viewer of NCIS, you are probably familiar with Bert the farting hippopotamus, a running joke on the TV series that is so popular, CBS-TV has been selling the stuffed animal on its website.

Now, however, puppet maker Folkmanis Inc. is suing the network for $733,000 for copyright infringement. CBS issued this public response, according to Mediaite:

“We believe this to be a flatulent abuse of the legal system, and we intend to clear the air on this matter immediately.”

For those of you who are unfamiliar with the farting hippo, here is a scene from NCIS starring said toy:


THE WORST NEWS OF THE WEEK

In the category of scaring the pants off you, it's hard top Ebola and beheadings. Even so, this news joined them and global warming on my personal fright list:

”According to the new analysis by researchers at the United Nations and several academic institutions, there is an 80 percent chance that the world’s population, now 7.2 billion, won’t stop at nine billion in 2050 [as had been predicted], but will instead be between 9.6 billion and 12.3 billion by 2100.”

There are forces that could reduce that number, most particularly climate change that could

”...put major stresses on agriculture and water supplies, and these stresses were not considered as potential checks on population growth.

“Nor does the study take into account that population growth could trigger deadly calamities like food shortages, war, and disease even without climate change...”

It doesn't look good whatever happens. You can read more details at MIT Technology Review.

For boomers, PBS will premier a new documentary on Tuesday next week, 23 September, titled The Boomer List.

It seems to consist of interviews with one famous person born in each year of the baby boomer generation – 19 in all. Here's the trailer:

You can read more here and as always with PBS programming, check your local listings – shows are broadcast on different times and days throughout the country.

Yeah, it's a commercial but anyone who has ever rescued a cat (or dog) will like the story.

The only thing that will stop overpopulation is if women suddenly are no longer attracted to men and vice versa.

When will people wake up and demand alternate fuel to oil and/or gas? I just read that fracking was contributing to Earthquakes in Iceland. (I could be wrong about the location.)

But another depressing statistic just convinced me that as long as the people are more interested in sports and reality TV nothing will be done to stop our slow spiral to oblivion. What was the statistic? 60% of the people don't even know there is an election in November. How does that make you feel?

what an interesting column. On the subject of overpopulation, I was stuck in slow moving traffic on the Sellwood bridge trying to get to my weekly meeting and thinking about how it used to moved just great..say like 15 years ago. Too many people! I confess, I always pat myself on the back for not adding to the burden by having offspring. Though the reasons I didn't have children didn't really have anything to do with overpopulation, I still feel happy that I haven't contributed to the problem. :)

I laughed out loud at the elephant joke! Thanks.

Smiling through my common cold. Thanks.

Great collection of Interesting Stuff today Ronni! The cat video/commercial was lovely, and brought tears to my eyes, which commercials rarely do. I am eager to see the boomer documentary. And these solar discs are amazing! I had seen this video recently, and also had seen an article about graphene, which if you haven't heard about, you should look up. It's another item that may revolutionize much technology very soon.

The video on Scottish Independence for Non-Brits was brilliant. I particularly enjoyed the cheeky approach and actually learned a lot.

The video on knee-replacement surgery was lucid. The surgeon did a masterful job of explaining (and demonstrating)the condition of a knee before and after the surgery.

I'm a volunteer for a no-kill cat shelter so of course I LOVED the cat rescue piece. Our shelter has an active spay/neuter program for kitties--too bad more humans can't/don't take advantage of similar services. In developing countries men seem to equate manhood with siring unlimited numbers of kids and women have NO power. If they do have access to birth control, they often have to keep it secret from the so-called "men" in their lives. Maybe it made sense in cave-man days when there weren't many humans and "old age" was 30, but it sure doesn't now.

Very interesting and informative stuff today. As a former first grade teacher, I really enjoyed the elephant joke and picture! Thank you!

I liked the farting hippo. My favorite show.
I also rescue cats. I wish they all turned out so happy.
The knee guy did an excellent job of describing. I have had both knees replaced.

Love your Saturday blogs!
If you have not seen it already, look at the October "Atlantic" for 2 long essays on the subject dear to your heart: One about the ramifications of ever increasing life spans (NOT just because of lowered infant mortality) and the other very negative writing about living past 75.