I'll start with Ellen Cohen, or as she was better known, Cass Elliott, or even better still known, MAMA CASS. The song Dream a Little Dream of Me came from the early thirties and was first recorded by Ozzie Nelson, father of Ricky. Cass recorded it for a Mamas and Papas album but the group pretty much had ceased to be by then and the record company released under her name alone.

♫ Mama Cass - Dream a Little Dream of Me

THE DOORS' third album, "Waiting for the Sun," is often dismissed as not being worthy of the group.

I think it holds up pretty well, far better than "Strange Days" that the critics seem to love. I think the problem was that they produced music that people wanted to hear. Goodness me, we can't have that sort of thing.

From that album comes the song, Hello, I Love You.

PERCY SLEDGE hit the big time when he recorded When a Man Loves a Woman, one of the best songs of the sixties. 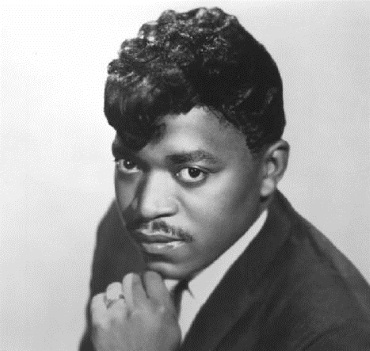 That was a couple of years earlier and he was still on a roll this year with Take Time to Know Her.

Not all the music from this year was destined to become classics. That could be said about every year, I suppose, and one from 1968 that has mostly been forgotten except by idiots like me was recorded by LEAPY LEE. The Leapster was born Graham Pulleybank but later changed his name to Lee Graham. After his brush with fame with the song, Little Arrows, he went to Spain to live.

CLARENCE CARTER was from Alabama and he attended the school for the blind there. He later earned a degree in music. 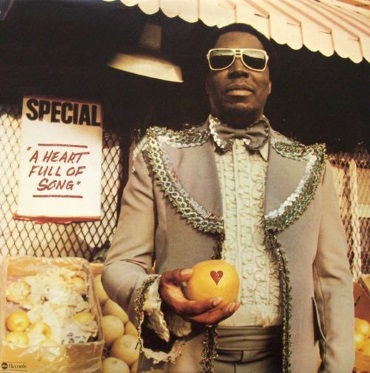 He began his professional career with Calvin Scott as the duo Clarence and Calvin until Calvin was seriously injured in a car accident. They had already recorded a couple of songs and Clarence carried on alone. One of his fine singles is Slip Away.

MANFRED MANN was the first group to record Bob Dylan's Mighty Quinn, even before Bob did. The song is also called Quinn the Eskimo. It's a matter of take your pick. 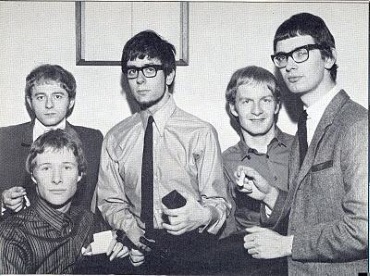 This is Mike d'Abo singing. He took over from Paul Jones who was their original singer (and a really good one too). 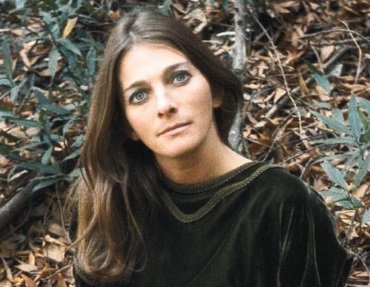 The song Both Sides Now came from Judy's "Wildflowers" album, the first of hers where she broke out of the folksinger category to which she'd hitherto been assigned.

Here is Sylvester Stewart with other members of his family and some others as well, collectively known as SLY AND THE FAMILY STONE. 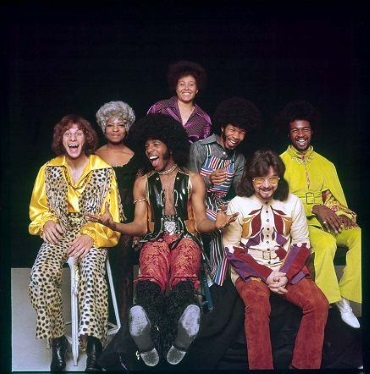 The song Dance to the Music was written by Sly and it was the group's first chart success. In spite of that, none of the group liked the song, calling it "glorified Motown.”

♫ Sly And The Family Stone - Dance To The Music

I don't think I've heard this track since 1968. My memory really let me down – I don't remember all that brass and other instruments on it. Just goes to show.

MASON WILLIAMS wrote this tune to keep up his sleeve in case he ever needed a filler in concert or elsewhere. 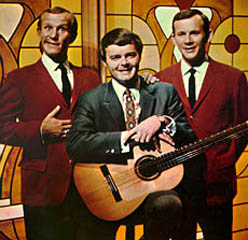 Classical Gas was first featured on "The Smothers Brothers Show," where Mason was the head writer. Mason wanted a simple arrangement but the record producer insisted on the full orchestra. He should have listened to Mason.

1968 was the year that THE BAND came out from the shadow of Bob Dylan and recorded an album that turned rock music on its head. That album was "Music From Big Pink.” 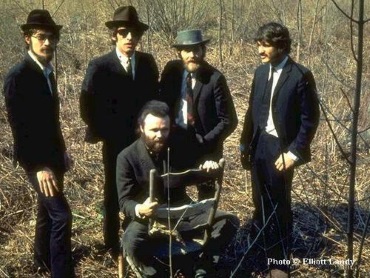 After hearing it, Eric Clapton disbanded Cream and flew to America to see if he could join the group. Although they didn't say it to him, they already had a better guitarist. One of the songs from the album and one of the finest in rock history is The Weight.

Clarence Carter was also terrific. I'm wondering whether he was part of the group Blind Boys of Alabama at one time.

Great year. I remember it well, and these are wonderful selections.

I first saw Mason Williams playing guitar in a coffee house (the Buddhi) in Oklahoma City in 1960-61. I was a high school senior then. His later rise to fame was a source of great pride for OKC.

BTW, I remember 1968 for the Chicago riots at the Democratic Convention, the first NASA flight around the moon, and the birth of my son. Huge year!

P.S. I saw Judy Collins at the Buddhi, too.