As you know, Larry Wilmore has taken over the Comedy Central spot at 11:30PM formerly held by Stephen Colbert who is preparing to step into David Letterman's position at CBS-TV in the fall.

Recently, Steve Garfield alerted me to an interview with Wilmore in The New York Times where one of the questions was this:

”Do you worry about the fact that there’s a lot of bias in television against old people? You’re 55, and part of your job is to get these younger viewers.”

I'm not not sure whether I'm pleased or irritated that the interviewer, Jim Rutenberg, so easily admitted to and accepts media ageism. Here is Larry Wilmore's response:

”I’m 53. Thanks for making me older. And I don’t look at it like that. I did a lot of college appearances over the last years when I was on The Daily Show, and I have always done really well at colleges.

“The thing that I’ve gotten from the students is they are into authenticity — not really age. They love Jon, and he’s a year younger than me.”

If that turns out to be generally so for the latest generation graduating from college, it could change attitudes toward old people for the better. You can read the rest of the interview here.

Perhaps I have read about goshawks in the distant past but it is not a bird or even word that has turned up on my radar probably for decades. Until now.

Goshawks seem to be having their 15 minutes of fame.

First, a new book from England, H is for Hawk, is getting a lot of attention and prizes. It recounts how the writer, Helen MacDonald, dealt with the grief at her father's sudden death by training this kind of fierce predator in the manner described by author T.H. White in his 1951 book, The Goshawk.

I haven't read either one and in fact, they both came to my attention only after I found this video online. It is a New York Times science video about how goshawks hunt. The researchers were able to work out the birds' technique by fitting one with a helmet cam.

As much as I admire John Oliver and the excellence of the video essays on his weekly HBO program, Last Week Tonight, I almost thought I would skip this one from last Sunday.

It is about the current NCAA basketball March Madness of which I have so much disinterest that I'm irritated it is reported as “news.” But my admiration for Oliver won out and I am not sorry.

College basketball, I learned, is a billion dollar business with coaches paid in the range of Wall Street one percenters and zero pay for the athletes because, those who reap the million-dollar salaries tell us, they must remain amateurs.

Some of those kids go hungry. Their “education” is a sham. And if they are injured, they lose their scholarships and have no health coverage. I sort of knew about all this but not in any kind of detail as Oliver supplies. It is a shocking report.


TOILET PAPER – OVER OR UNDER?

I think this debate must have been going on since the invention of toilet paper: 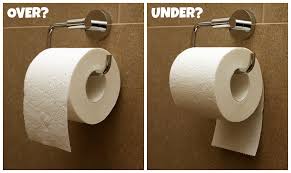 However, a recent report about the original patent for perforated toilet paper appears to resolve the issue once and for all.

Are you an under or over enthusiast?

And just because I feel contrarian about it, here is the internet's Le Chat Noir, Henri, considering the Blight of Spring.


MEDICAL 3D PRINTING TO TAKE YOUR BREATH AWAY

I've tried not to bore you too often on Saturdays with my deep fascination with 3D printing but I found an amazing video about its medical developments I had intended to post here.

However, the code was wonky so I looked around and surprise! I found an even more interesting video about medical 3D printing. It is astonishing how far this technology has come and how many different uses are being devised.

This video is seven months old but medical 3D printing is developing so quickly there are bound to be even more breathtaking advances already.

Trudi Kappel, who contributes terrific stories at The Elder Storytelling Place, emailed this video about Ida Pieracci. Generally, I don't like stories of old people doing extreme sports. They usually imply that every elder who doesn't climb Mt. Everest is failing old age.

But Ida, now 102, isn't doing that. She plays golf. As she has done all her life. And what is important about this modest, little video is to know that people of great age are not, by default, sick and dependent just because they are not bungee jumping.

Picture this: I'm set up in bed, as usual early on Sunday morning. There is freshly made coffee at my side, Ollie the cat is curled up at my feet, Steve Kornacki's on the tube discussing the past week's politics, my laptop is on a bed table so I can catch up with email while I listen to Steve.

A few clicks of the mouse take me to the video I'm about to show you. It's amusing for awhile. I'm thinking it might be good for the final, animal item in an upcoming Interesting Stuff post when BAM! Something so funny happens it takes my complete concentration not to spew coffee all over the laptop.

You have been warned.

Those german shepherd dogs act better for the soda water than most people do in most bars in the USA, kudos to their owner or owners..Ida is such a lovly lady, all those hole in ones, what a golfer..Your entire videos are a riot, I love the Kitty one Henri 9 he is a riot too, so beautiful and patient, the other cats tolerate more than my two cats would ever, one of our cats is a longhaired black kitteh cat, it will be so hot this summer and has been for 9 months, we had to take Mr. Miyagi into the vet to get shaved twice, he was oky doky with it, but when the real heat came he buried himself in our home and we could not find him for days, it was bistering outside, our short haried domestic loves the heat and lies in it for a few minutes, keep up this great blog! Happy Passover and Happy Easter, ciao!

As a non-dog lover, I must admit to a weakness for German Shepherds. Wonderful!

Ha! I have been right about the toilet paper all along.

I've known for years that I'm in the minority on the toilet paper thing, but I learned "under" decades ago as the only way to keep a playful cat from batting and clawing the entire roll onto the floor.

I'm with you on the March Madness thing. I'd think it nuts even if I liked basketball. Of course, all the talk about people's brackets may be more an interest in gambling than in basketball.

I am not a sports fan, so you lovers of the games can stop reading here.

I think the amount of time and money Americans spend on sport events is March madness personified. I think of all the hungry children that could be fed with the money.

Same with guns and reality TV. My priorities are obviously not shared with the general public. So sue me.

I guess that makes me the crabby old lady today. But, as usual, Henri lifted my spirits.

My grandfather golfed till he was 99. He was blind and deaf, and he didn't enjoy his rounds any more. But he kept playing until his last two weeks. I can still imitate the hitch in his swing as he hit the ball.

Thanks for all the good cheer.

When we got married, he put the roll under and I put it over.
He changed. Have to tell him I was "right!"

I'm of the same philosophy as Darlene when it comes to sports and how the money spent on them could be put to such better use; but perhaps we can't help ourselves and it's hardwired into our DNA to need games pitting people against people in some sort of arena. I jut watched the Hunger Games last week and it left me just sick. I think that's why I had resisted watching for so long. It makes me crabby too. I do like Ida and her enjoyment of the sport of golf, though.

The animal videos are all great. I can see why you warned us about the one with the dogs. I had heard the goshawk segment on NPR recently and was rather awed by it.

And the 3D printing is absolutely amazing. When students can create a working hand for someone for $5, the future for this technology seems incomprehensibly promising.

The John Oliver show on the NCAA was exceptional--so thorough, brilliant, and yet humorous. He completely hit the mark.

I was particularly interested because current NCAA president, Mark Emmert, was president at the University of Washington (my alma mater) from 2004 to 2010.

Emmert is a very controversial figure who was widely criticized for his handling of the scandalous Penn State athletic program under Jerry Sandusky.

Kudos to you for including the video, Ronnni.

I, too, am fascinated with 3D printing. Last week on The Good Wife the episode was about a 3D printed revolver that wouldn't be detected by a metal detector.

Definitely an ‘over’. The world would fall apart if I placed it the other way.

Re Golfing with Ida

I think that ‘old people’ go full circle. As teens and twenty somethings they lived through some of the toughest and most extreme times that we have seen in the last 100 years. The Blitz, the Somme, Pearl Harbour, Dunkirk, the Bataan peninsula. Why not play golf, go bungie jumping or tandem skydives. They earned it.