Well, we're solidly into singer/songwriter territory this year. All it needs is Bob to complete my favorite list of those – I'm omitting him from these years as he features prominently in other columns. Similarly you won't have found The Beatles or The Stones either.

I don't know if you'd call BOB MARLEY a singer/songwriter but I suppose that technically he fits the bill – he sang songs he wrote himself. 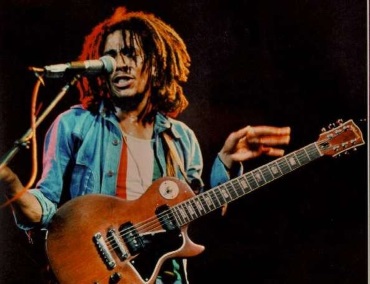 No Woman, No Cry was Bob's breakthrough song. It was on the "Natty Dread" album but the big hit was from his album "Live" which, curiously enough, was a live album. The one today is from the former album.

GORDON LIGHTFOOT is the first of the recognized singer/songwriters today. 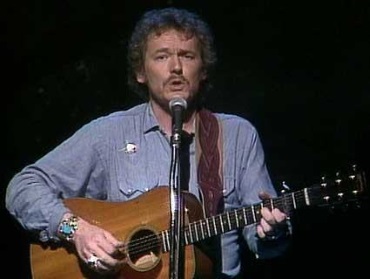 Sundown came from the album of the same name and the song is about his girl friend of the time who wasn't a very nice person at all.

Midnight at the Oasis was from that wonderful first solo album by MARIA MULDAUR. 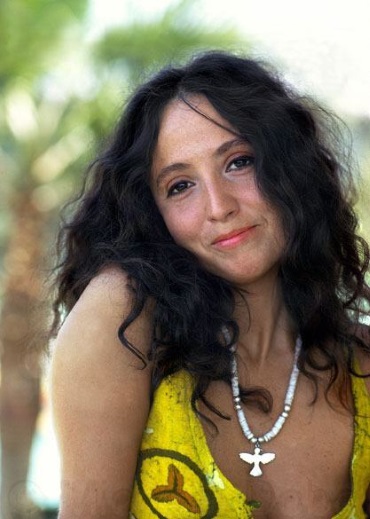 The song was really just a last minute inclusion and was written by David Nichtern who also wrote the beautiful I Never Did Write You a Love Song, also on the album.

♫ Maria Muldaur - Midnight at the Oasis

Seasons in the Sun started life as a song called Le Moribond written by Jacques Brel. The poet Rod McKuen wrote English words for it and it was recorded by TERRY JACKS. 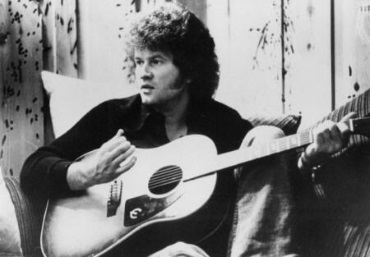 Both English and French versions are sung from the point of view of a dying man but the French version is more scathing and sarcastic making references to the singer's wife's infidelity. Jacques himself was dying of cancer when he wrote the song.

Before Terry's version, The Kingston Trio (closer to the mood of the French language version) and The Fortunes both recorded it to some success. Terry's, though, went gangbusters – it's one of those rare records to have sold more than 10 million.

♫ Terry Jacks - Seasons In The Sun

I was going to gush here because JESSE WINCHESTER was such a wonderful songwriter and a terrific singer. I had originally included suggestions to catch his performances but alas, he died not so long ago. 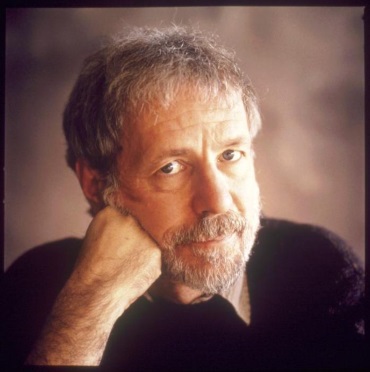 I'll just introduce Mississippi You're on My Mind.

♫ Jesse Winchester - Mississippi You're on My Mind

BILLY JOEL wrote the song Piano Man about his experiences of playing in a piano bar. 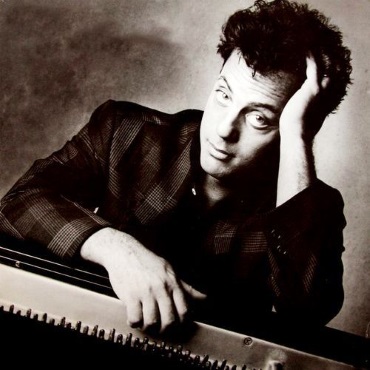 Billy doesn't think much of the song musically and was surprised and embarrassed when it took off. However, he says his songs are like his children so he was pleased that "the kid had done pretty well.”

TOM RUSH is known mostly as an interpreter of other people's songs and a damn fine one at that. 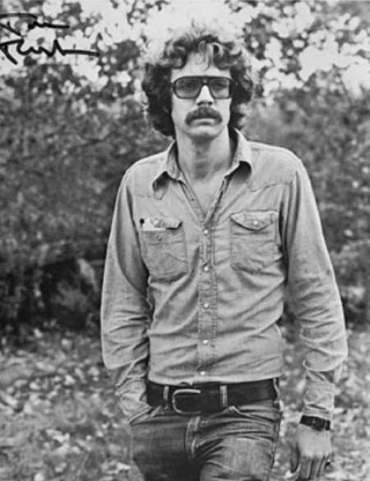 However, he does now and then write songs, and really good ones. This isn't one of those. It's by Richard Dean and is called Jenny Lynn. It's an amusing little ditty.

JACKSON BROWNE was starting to make a name for himself around about now. 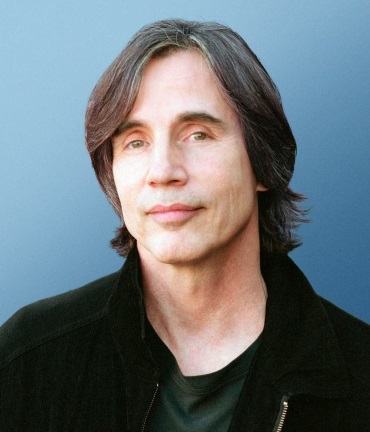 Many of Jackson's songs turned up on other people's records long before he ever recorded them. It's remarkable how someone who was so young as he was at the time could come up with such profound and wise songs. I just shake my head and listen to the music. For a Dancer.

♫ Jackson Browne - For a Dancer

RY COODER was, still is, the go-to man if you want some fine guitar playing on your record. He's graced many a memorable (and some not so) album. 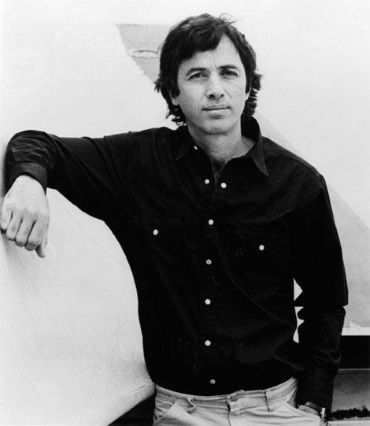 He has recorded his own as well and they are really worth a listen. Besides that, he's brought to the general public forms of music that aren't generally heard outside their own musical ghetto.

With the "Buena Vista Social Club" album, film and live performances he brought a number of great Cuban musicians to the fore who hadn't been heard outside their country for decades. He's also a champion of what's labeled "Tex-Mex" music.

We're going back a few years, to 1974, of course, and from the album "Paradise and Lunch" we have Tatler, a song Linda Ronstadt covered pretty well.

JOHN SEBASTIAN was the driving force of the Lovin' Spoonful who were featured in previous years. You may also remember him for his performance at Woodstock (the film anyway, if you happened not to attend the actual event). 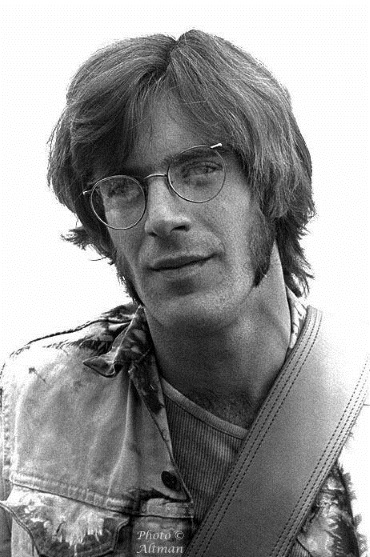 John's songs have been covered by many artists who have made them more recognized than his own versions. Here he covers one of his own. The song Sportin' Life was recorded originally by the Spoonful and John later also included it on his album "Tarzana Kid.”

I married my only hubs on may 27 1974 what a year it was, hot and dry out here..Las Vegas where we were married hotter than a pepper plant..It was nice there though, we got to Colorado as fast as we could and settled into happy times..We traveled all over in our tiny green Vega chevy car. Went out to dinner all the time, treated me like a queen still treating me as a queen.. nearly 41 years later..We still travel as we can gasoline here is hovering near $3.00 and people drive distracted by cell phones and eating in their cars, etc..I remember when Nixon was out I wored for the VA in Denver Colorado everyone said whoooo I said what the heck another president would be in..The times are not that different I did not make much money for what I did, neither did my husband we never had a phone in our tiny apt. for one full year and loved it never bothered by anyone, I had a phone where I worked and used it and my hubs could not be on a phone, I took public bus to work my hubs the tiny green chevy vega..It was a blast..ciao

Reflecting on this year I have to laugh as I recall these songs. They were the soundtrack to a rather rough postpartum. Not my favorite time for music but Jackson Browne may have saved my life. Indeed how can such wisdom find a purchase in such a youngster? I don't know but I'm awfully glad it did.

Forty one years later and I'm still amazed quality and abilities of most of the people you mentioned.

Jacks tried to get the Beach Boys to do Seasons but failed. (He produced them then.) i think he retired off the proceeds of his recording. Massive sales!

Gordon Lightfoot! I have every album and he is so good. Concerts are great too but, well, he's getting on.

I had such a big crush on John Sebastian.

I am so so grateful to you, Peter, (and to Norma, of course) for all these wonderful moments. Thank you.