Recently, Australia's ABC Classical station had a listeners' poll on their favorite Baroque (and earlier) pieces of music. That gives me an easy couple of columns – just take the top 20 and play bits of each for you.

Also, where is Telemann, I ask? As an exercise in democracy I shall play them as selected, today counting down from 20 to 11 (as we used to do back in the day with pop music). 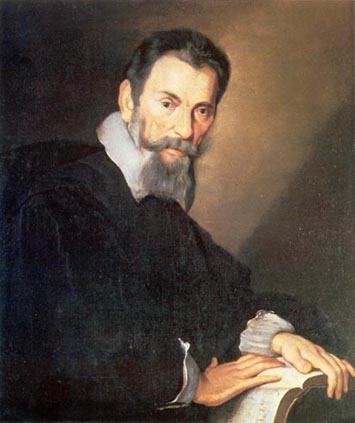 Monteverdi was as radical a composer in his time as Beethoven in his or Phillip Glass today. People would wander the streets muttering, "What's old Claude going to come up with today?"

He's generally considered to have invented opera and he took the madrigal form, previously just a little bitty thing, and made it his own.

The Vespers of the Blessed Virgin, running at more than an hour and a half, was the most ambitious religious work before J.S. Bach turned his quill to such matters. It's also sometimes called the Vespers of 1610, as that's when it was published.

Whatever it's called, here is the Dixit Dominus, or Psalm 109, from that work. 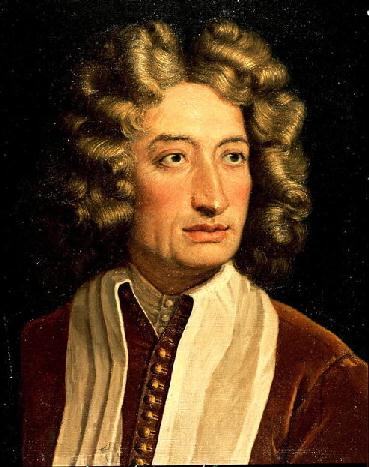 There are a lot of tall tales, legends, myths and other such things that have been spread around about Corelli but not much in the way of truth. In today's political climate that would probably be seen as a plus.

He may have been a prodigy (but we don't know) and he may have been chased out of Paris by an envious Jean-Baptiste Lully (when he was only 19) but that story was promulgated by Jean-Jacques Rousseau somewhat later, so who knows.

We do know that he wrote a bunch of trio sonatas, concerti grossi, regular sonatas and probably a lot of other stuff as well. This is the first movement of his Concerto Grosso no. 12 Op. 6 in F. 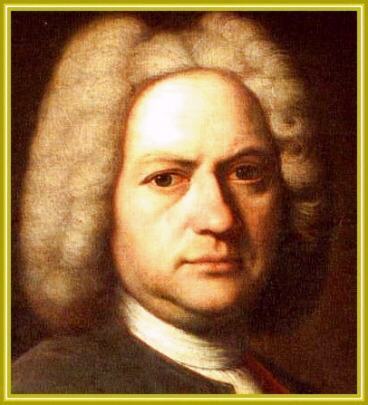 Jo's religious works, this mass (and the others he wrote), have been overshadowed by the great St Matthew's Passion (and to a lesser extent the St John's Passion).

Masses really aren't my cup of tea but it's on the list so here is the Christe eleison from that work. 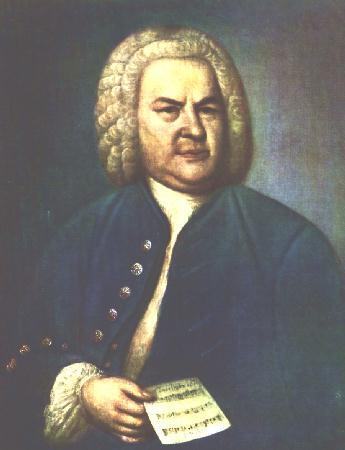 If you're like me, you'd have read the title of this cantata and it would have gone right over your head, particularly if you don't read German (as I don't). However, lend an ear to it and you might go "Ah ha.” I certainly did, at least for the part of it I've chosen, which includes (in English) Jesu, joy of man’s desiring.

The title of the movement on the CD is actually Jesu bleibet meine Freude. 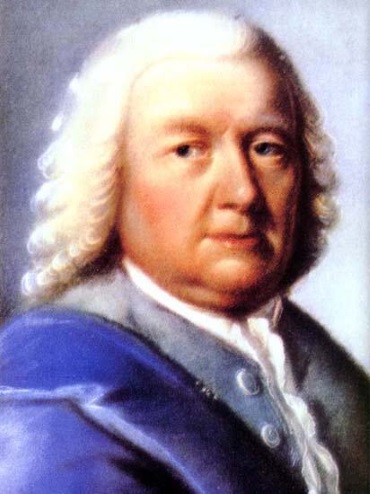 The six Brandenburg Concertos were a present to Christian Ludwig, Margrave of Brandenburg-Schwed, who was some sort of minor royal and liked a bit of a tune. They were sent with an excruciatingly obsequious note (well, Jo probably wanted him to sponsor him or some such).

Anyway, we thank Chris for inspiring some of the finest works in the baroque canon. Here is the first movement of number 3. 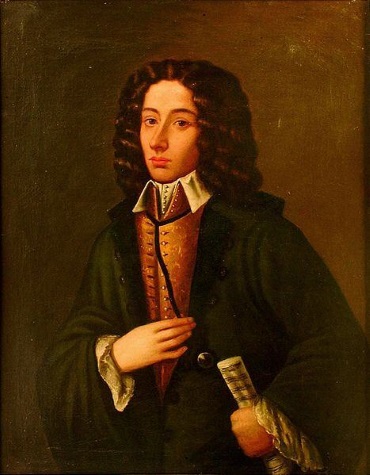 Gio was one of the most important composers of the early baroque period. Indeed, J.S. Bach was so taken with his works, he pinched one of his tunes for a cantata and he wasn't the only composer who "arranged" his music as part of their own.

He was also a master of opera buffa (that's comic opera) and there was very heated debate in Paris between his faction and those who preferred their opera to be a bit more serious (led by Lully and Rameau).

Gio wrote religious music as well and it's one of those compositions we're interested in today – the Stabat Mater, in particular the second movement called Cujus animam gementem. That's Núria Rial singing. 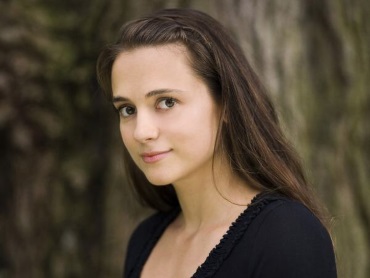 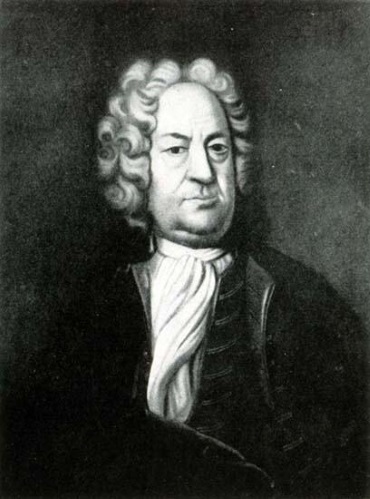 Some say that the cello suites were actually written by Jo's second wife Anna Magdalena. They claim that they are stylistically different from the rest of his work. Also, there's a manuscript in her hand of these.

They also claim she wrote a couple of his other works. People love a good conspiracy theory. The one point I'd make is that someone wrote them (I don't really care who) and they are beautiful.

This is the third movement of the suite number 1, called Courante. 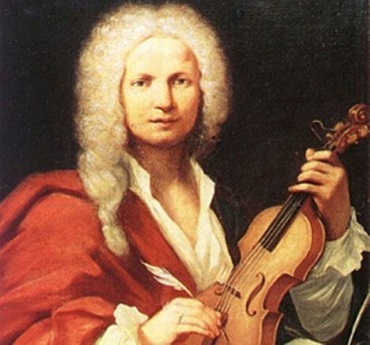 Tony makes an appearance. He's in next week as well with a composition you will already have guessed. Today is the Gloria.

This was a little unusual for him because, although he was a priest, he wrote few religious works (well, few is a relative term as he was responsible for hundreds, maybe thousands of compositions).

Here is Gloria in excelsis Deo from the Gloria. 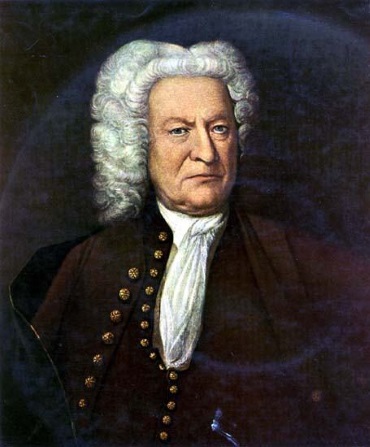 There are about 30 or so of these written for keyboards, clavier originally (which is somewhat akin to a harpsichord) but are often performed on a piano these days. I'll confess that I prefer them played on a piano. How they came about is thus:

It seems that the Russian ambassador to Saxony, Count Kaiserling, was visiting Leipzig and he brought along his friend Johann Goldberg who was a bit of a whiz on the harpsichord and the organ.

Alas, the count came down with some illness and asked Goldberg to play for him in the next room to ease the pain or whatever. This went of for a few days, and Goldberg was running out of material.

J.S. heard about this – he had been contacted earlier by the entourage, and out of sympathy for his fellow musician wrote a bunch of works for him to play. Naturally, they became known as the Goldberg Variations.

He gave them to him but as it turned out, this good deed reaped its own reward. After he recovered, the count gave J.S. a gold goblet filled with 100 gold pieces.

I have decided not to play the clavier, harpsichord or piano version of this work because I have a rather interesting transcription for a string trio. That's what you're getting. This is the first variation. 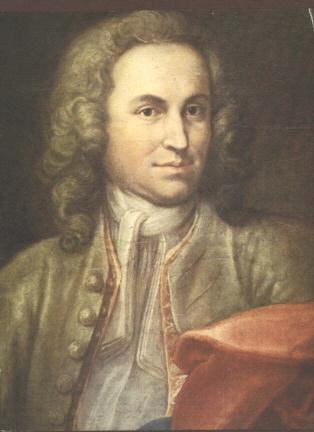 Now we're talking. This should have been in the Top Ten somewhere near the top. It's one of the finest concertos of the baroque period. Here is the third movement.

The top 10 will appear next week.

I enjoyed all of these, Peter. Just last week as I was walking, I overheard someone wandering the streets muttering, "What's that rascal Thomas Ades going to come up with today?" The more things change the more the fans stay the same but the tunes....they are ever mystifying, evolving and beautiful!

Thank you, Peter, for this baroque music. It helps me hear different music and this is style I rarely get a chance to listen to.

Beautiful. Had forgotten how much I love Bach and Vivaldi. We used to listen to this gorgeous music all the time when we were young and happy, but now that we're old and cranky, we seem to have drifted away from listening to anything at all. Come to think of it, maybe that's why we're so cranky. Thanks for the reminder of what we've been missing.

Love baroque music!
You are so talented - a real treasure.

I, of course, mean your ability to compile, organize, and give interesting text concerning the music you choose!
Thank you.