ELDER MUSIC: The Voice is the Thing

In a column like this, JENNIFER WARNES is certain to be included and who better to start the ball rolling. 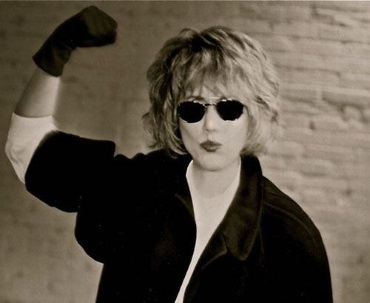 I think it was the song I Know a Heartache When I See One that first brought her to my consciousness back in the seventies. Since then I've sought out everything she's recorded with some measure of success.

♫ Jennifer Warnes - I Know A Heartache When I See One

JESSYE NORMAN can sing in any style you can imagine and make it sound better than anyone else. 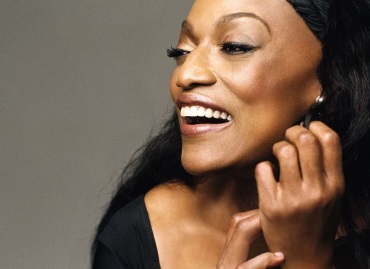 I really don't need to say anything besides that Jessye is one of the two best singers on the planet (Cecelia Bartoli is the other). Here she is in a rather unexpected style singing what sounds like an art song, Between Yesterday and Tomorrow.

♫ Jessye Norman - Between Yesterday And Tomorrow

I discovered TANITA TIKARAM's music a few years ago. 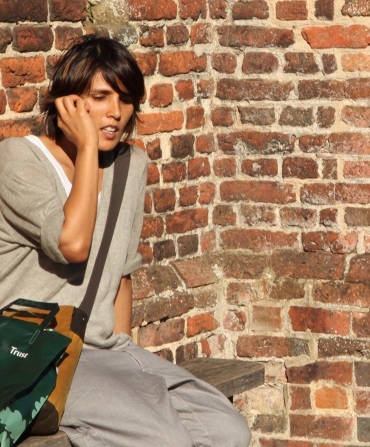 Tanita is multi-culturalism personified. She lives in Britain these days, having been born in Germany to an Indian-Fijian father and a Malaysian mother. She writes and sings really good songs. Here she is with This Story in Me.

♫ Tanita Tikaram - This Story In Me

AUDREY MORRIS calls herself a lounge singer, not a genre of music I usually listen to or like really. 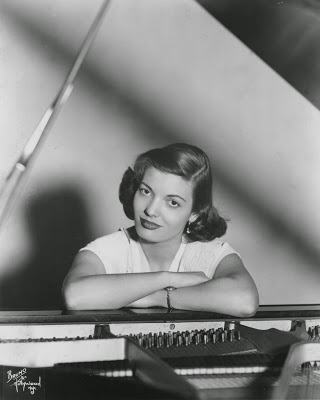 I think Audrey has her tongue firmly in her cheek; she is a fine jazz singer and pianist (she was classically trained). She's still active, singing around the traps, particularly in Chicago, where I assume she lives.

She tackles the old standard, Guess Who I Saw Today.

JANIVA MAGNESS sings the blues. She sings with heart and soul because she's led the life in her songs. 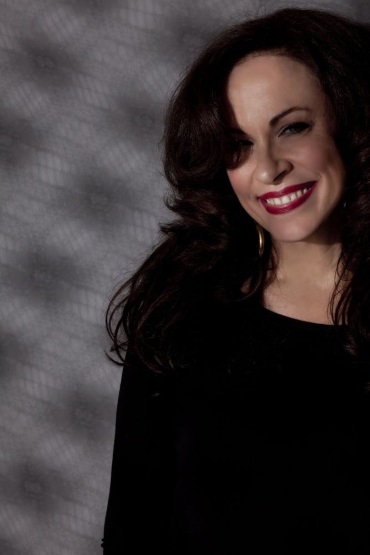 I won't go into the details because it sounds like tabloid journalism but my goodness, can she sing. Today's song is I Won't Cry.

LINDA WRIGHT is a fine jazz singer from Louisiana. 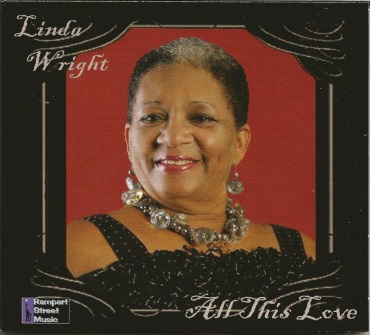 She recently released an album of jazz standards and I'm afraid that is the sum total of my knowledge of her. From that album comes Satin Doll.

When she was a kid, MISSY ANDERSEN was inspired by the music of Gladys Knight, Aretha Franklin, James Brown, The Staples Singers and Teddy Pendergrass. 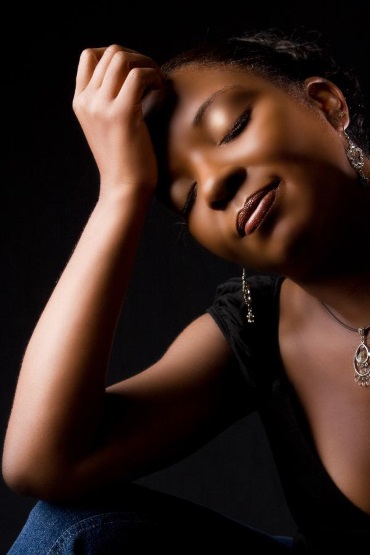 While still a teenager, she opened for Cissy Houston and was later a member of the Juke Joint Jezebelles who performed blues, gospel and soul music. These days, as a solo performer, she describes her musical approach as soul dipped in blues.

See what you think as she performs No Regrets, a different song from the more famous one Tom Rush wrote.

If BONNIE RAITT were a man she'd be held up as a rock god, guitar hero. 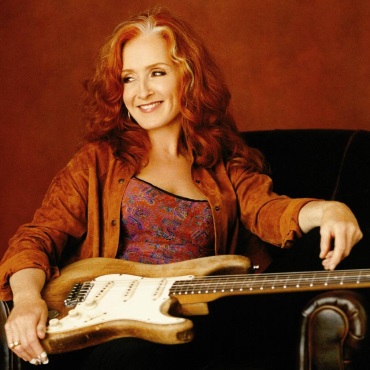 Instead she's quite respected and "my goodness, can't she play the guitar quite well. That's unexpected.”

Here she performs Randy Newman's song Guilty which (and I'm going to fall into my own trap here) Joe Cocker did so well. 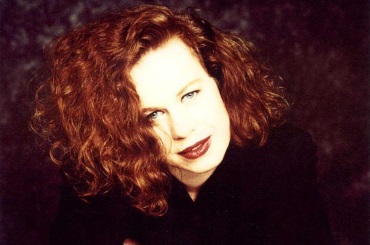 Early in her career she was lead singer for an Afro-Caribbean-Latin band but they didn't receive much airplay due to their left-wing politics. She later joined a brass band that performed the works of Bertolt Brecht, Kurt Weill and similar composers. From that she went into theatrical performances of similar (or the same) composers.

For those with a literary bent, she is a cousin of the writer Armistead Maupin. Here's a bit of Afro-Caribbean music with Wild Flowers.

Finally, there's someone worthy to receive the baton passed on by Patsy Cline. TAMI NEILSON is not a household name in my household or many others, I suspect, outside of New Zealand whence she hails (by way of Canada). 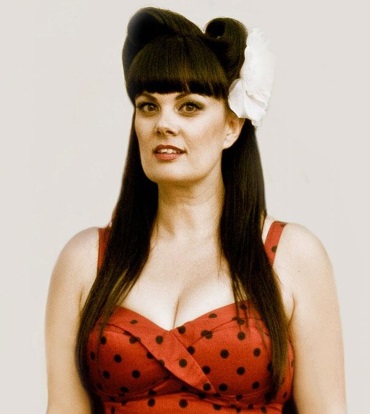 When I stumbled on her album "Dynamite!" and played it, the proverbial (and probably the real) jaw dropped as I listened to her amazing voice. Do yourself a favor and seek it out if you like quality country singing.

From that album here is Cry Over You. Tami's definitely channelling Patsy.

When I played this song for Norma, The Assistant Musicologist, she said it sounded like an Ian Tyson song. I'm surprised I missed that as it was so obvious when she pointed it out.

♫ Tami Neilson - Cry Over You

I can't help myself. I was so impressed with Tami I decided to throw in an extra track of her singing a duet with BEN WOOLLEY called Whiskey and Kisses.

Think of Willie singing with Emmylou. The A.M. thought this one sounded as if Ian Tyson had written it too.

Thank you for introducing me to all these new singers I have never heard of. Amazing! I will definitely looking into more of Janiva Magness' work! Whew! and here is to stepping into traps of one's own making. I always assumed that was the prerequisite to learning to dance. Bonnie Raitt is the only performer I've ever seen live that moved me to openly weep in public! She's a gift and a force of nature, that woman! Thanks for this column.

Ditto what Cile said. Great artist I have never heard of with knock you out of your socks voices

Wonderful selection of fabulous voices that are unfamiliar to me for the most part. Thank you.

SO thrilled to have discovered Jennifer Warnes and Sarah Jane Morris! Thank you so very very much, Peter. Went onto YouTube to listen to more of both ... and enjoyed discovering Sarah Jane Morris's cover of Tracy Chapman's "Fast Car".

You are absolutely right about Jessye Norman being one of the two best singers on the planet. Her voice is so rich and thrilling.

I have been enjoying the Sunday music columns since they started. However,in the last two weeks I have had a problem with hearing the music on two occasions because I am also getting a talk show as well as the music. Something is wrong where the song is stored and multiple items are coming from the same address. It makes it impossible to hear the song clearly. This week the song "Whiskey and Kisses" the was overriden by a talk show with someone named John.Just thought you should know about this.

IMHO..Bonnie Raitt IS a Rock Goddess. If you've ever seen her live, you'd cry from the beauty of her singing.

About 15 years ago I saw her at an Amphitheatre in the Columbia River Gorge in a little town called George, Washington.

She began just before sunset and as the sun went down behind her this warm summer night she happened to turn around and stopped-right in the middle of a song-and said..."I'm just gonna stand here and watch this beautiful sun set over the red cliffs and the river." The sky turned pink purple, and orange and looked like a mix of sherbet ice cream. As the darkness came on she said.."Thanks-I need moments like this to stay inspired." and gave the best show ever.
Something I'll never forget!

Love your weekly column and listen to every tune every week.