Home About Archive Contact
Are You an Elder Orphan?
ELDER MUSIC: Australia's Favorite Baroque Pieces (No. 20 – 11)


ROCKING OUT IN THE KITCHEN

The song is Ice Ice Baby from Vanilla Ice. That's all we know but she sure inspired me to get out of this desk chair and join her.


KIDS WHO OUTSMARTED THEIR TEACHERS

Buzzfeed does a lot – a lot – of stupid listicles not worth anyone's time but everyone wins occasionally and this one had me going back to re-read and laugh again for a whole day. Here is a sampling: 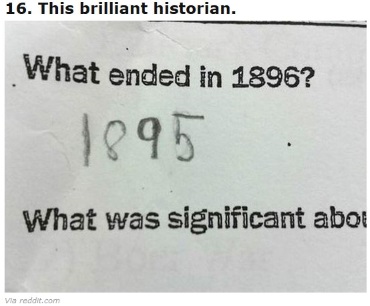 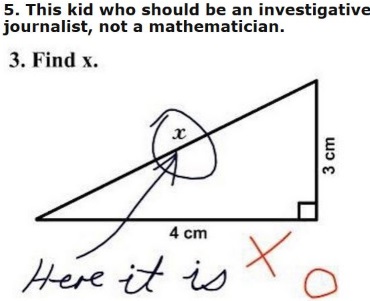 These aren't even the funniest - I chose the ones that fit best on the TGB page size. There are a lot more of them to laugh over at Buzzfeed.


JOHN OLIVER ON THE CHICKEN INDUSTRY

Hardly anyone doesn't eat chicken and that's only one reason this is an important and also – as always with John Oliver – a very funny report.

Oliver is taking a week off from his HBO show, Last Week Tonight. He'll be back on 31 May.


TRUCK CONVOY TO SAVE CALIFORNIA FISH

Thirty million salmon are ready for their trip downstream to the sea but due to the drought and development in California, riverbeds are too shallow for them to survive the trip. So-o-o-o-o

”For the first time, all five big government hatcheries in California's Central Valley for fall-run Chinook California salmon — a species of concern under the federal Endangered Species Act — are going to truck their young, release-ready salmon down to the Bay, rather than release them into rivers to make the trip themselves.”

It's important work but too late for some:

“Decades ago, so many coho salmon filled the water that the noise of their jumping kept people in nearby houses up at night. On this day, Brown and his team find none.”

There is enough bad news like this of all kinds of species that it can make you weep. Read more about the salmon lift here. 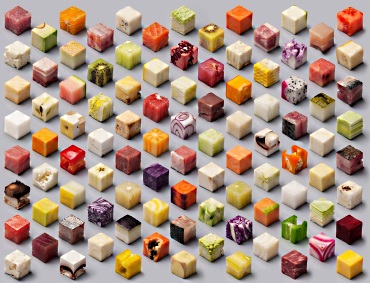 Maybe you guessed but in case not, that is a group raw foods of all kinds cut into 2.5 cm (1 inch) cubes by artists Lernet & Sanders. From a report at Medium:

”Salmon, pomegranate, grapefruit, cabbage, lime and yellow squash jump out at me, here, looking simultaneously fresh and appetizing while also presenting a sort of 'food-mystery-puzzle' to solve.”

Here are a couple of close up images from the cubed food array: 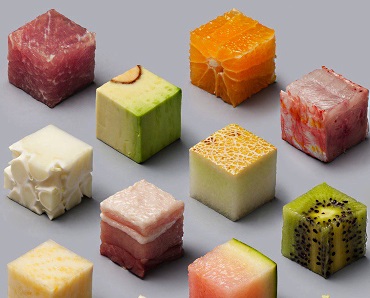 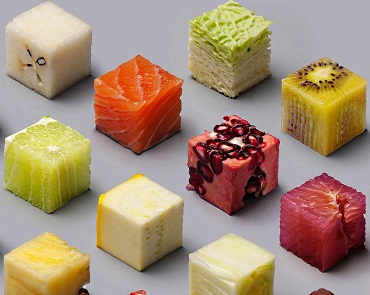 I'll be looking at my raw ingredients much differenly from now on. You can see many more and much larger gorgeous images at Medium along with additional explanation.

It was a sad day last week to hear that undisputed king of the blues, B.B. King, died at age 89. For most of us at this blog, there was never a time he was not a part of our lives and we should mark his passing.

This video is from B.B.'s appearance at the White House last year. With him are Buddy Guy, Jeff Beck, Mick Jagger and many others and they even got President Barack Obama to join them singing Sweet Home Chicago.

TGB reader Tom Delmore caught this short animated film at the New Yorker website this week. Clever, witty and beautifully executed, A Single Life was nominated for an Academy Award this year and it is just right for people our age.

You can read more about the film here.

Google tells us that their fleet of 20-plus self-driving cars have now been tested over 1.7 million miles.

”Over the 6 years since we started the project, we’ve been involved in 11 minor accidents (light damage, no injuries) during those 1.7 million miles of autonomous and manual driving with our safety drivers behind the wheel, and not once was the self-driving car the cause of the accident.”

During these tests, Google has learned a lot about the driving habits of Americans including this:

”Lots of people aren’t paying attention to the road. In any given daylight moment in America, there are 660,000 people behind the wheel who are checking their devices instead of watching the road.

“Our safety drivers routinely see people weaving in and out of their lanes; we’ve spotted people reading books, and even one playing a trumpet.

“A self-driving car has people beat on this dimension of road safety. With 360 degree visibility and 100% attention out in all directions at all times; our newest sensors can keep track of other vehicles, cyclists, and pedestrians out to a distance of nearly two football fields.”

I hope I live long enough for one of these. Meanwhile, there is much more to the astonishly details safety report and you can read it here.

It took place, YouTube tells us, near Cabo St. Lucas where the sea lion was determined to get a free meal from the boat.

Good stuff as usual. Thanks Ronni...oh & who knew Jagger has such a good voice! Mr. Obama, too. Dee :)

Buzzfeed: You're so right...Hilarious. Favs are 12, 21, 11. #22 should have gotten a lot of extra credit. #27 did actually use plural possessive apostrophe correctly.

Thanks, as always, for John Oliver. Chickens are a huge industry here in Iowa. Bird flu is killing a gajillion of them. Only the farmers will suffer; not the Industry if the same conditions exists here as in the South.

I always look forward to Saturday's I.S. and am delighted today as usual.

Outstanding post today. I loved the BB King video. It's a short joyous celebration of his life.

The seal lion video is hilarious.

And the John Oliver video tackles a terrible national issue with his usual mix of research and humor.