Home About Archive Contact
What Should Be Elders' Place in Society?
ELDER MUSIC: Musicals Part 2

In 1937, the Nazis refused to award Ingeborg Rapoport the PhD she had earned for her studies of diphtheria because she is Jewish. Last month, professors from Hamburg University visited Ms. Rapoport to test her on her work eight decades ago:

“To prepare for last month's exam,” reports BBC, “Ingeborg enlisted friends to help her research online what developments there had been in the field of diphtheria over the last 80 years.

"'The university wanted to correct an injustice. They were very patient with me. And for that I'm grateful,' she told Der Tagesspiegel newspaper.”

Here's some video from the award ceremony.

New Jersey high school student, Kyemah McEntyre, wanted something special for her senior prom. And wow – take a look at what she designed for herself: 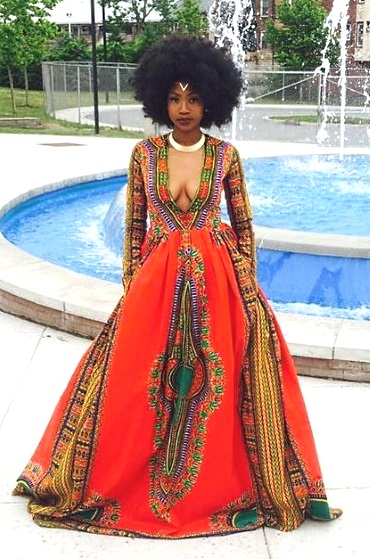 Ms. McEntyre is headed for Parsons School of Design in the fall. I would hope so. See more photos and read more here.


WHAT IS THE INTERNET AND HOW DID WE GET HERE

Here's a nicely done explanation which refutes some myths, adds some knowledge and does it in words anyone can understand. Thank you, Darlene Costner for the video.

Week after week, he keeps doing it – John Oliver, that is; surprising me with fascinating investigative reports on important subjects mainstream media doesn't bothers with.

Last Sunday on his HBO show, Last Week Tonight, it was the story of bail in the United States – serious stuff with plenty of laughs too.

Don't know who Nick Ut is? Sure you do. He's the photographer who, at age 21 on 8 June 1972, took this iconic photo that told the world everything we needed to know about the Vietnam War. It won a Pulitzer Prize. 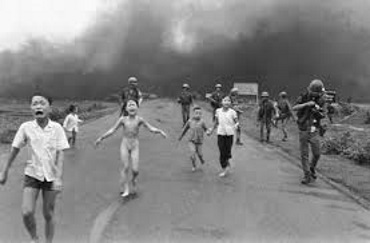 Here's an interview with Mr. Ut about the photograph on a recent visit to Vietnam.

Certainly you have been reading the terrible stories of African refugees risking their lives by the thousands fleeing across the Mediterranean Sea in rickety boats.

Somehow Lola the cat survived a trip with her owner across the desert from Sudan to Libya on foot and then by water to the island of Lampedusa.

”TV footage on La Repubblica's website showed aid workers calming the distraught owner, identified only as Sama, after she had disembarked and Lola was held back for health reasons,” reports Reuters.

“The mayor of Lampedusa Giusy Nicolini and the island's doctor Pietro Bartolo intervened to save the cat, which would otherwise probably have been thrown into the sea to drown, La Repubblica said.”

And here is Lola the cat: 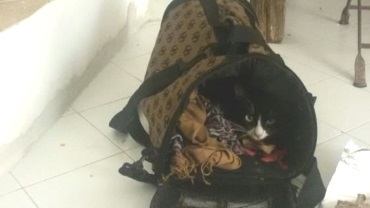 Eighteen-year-old Evan Young had planned to come out to his classmates and to his parents in his valedictory speech during high school graduation in Colorado. But when the administration at his charter school learned this, they canceled his speech and outed him to his parents.

To help make up for this outrage, host of The Nightly Show, Larry Wilmore, invited Evan to be on his program. You're gonna love this:

”...lesbian, gay, bisexual and transgender (LGBT) group Out Boulder extended the opportunity for Young to deliver his graduation address to hundreds of people during a fundraising event in the backyard of a private residence.

Democracy Now! captured Young's speech - the same speech originally intended for his peers - on video for an exclusive broadcast.”

And now you can see that full speech.

Maybe you have to be a New Yorker to appreciate one of the funniest tabloid headlines of all time; it ran on the cover of The New York Post in 1983:

The reason it has come up again 32 years later is that Post editor Vincent Musetto died last week at age 74. The New York Times reported,

”As several former colleagues have recalled over the years, Mr. Musetto’s headline almost did not come to be. That April evening, as deadline loomed in the newsroom, it occurred to someone that the bar in question might not actually be topless.

“'It’s gotta be a topless bar!' Mr. Musetto cried, as his former colleague Charlie Carillo wrote for The Huffington Post in 2012. “'This is the greatest headline of my ''career!” (As quoted by Mr. Carillo, there was an intervening, ungenteel participle between greatest' and 'headline.')

“The Post dispatched a reporter, who phoned from Queens to say, to the relief of all and to the everlasting glory of American tabloid journalism, that topless it was.”


WILD ANIMALS SEEING THEMSELVES IN MIRROR

French photographer Xavier Hubert-Brierre and his wife set up huge mirrors in several locations in Gabon to see what would happen when wild animals came by. Take a look:

There are additional still shots and you can read more here.

Nick Ut and Kim Phuc "the Napalm Girl." Sama, Lola, and the Italian mayor and vet. Heroes all. I remember Ut's photo. It's in a pantheon of images depicting some of the greatest cruelties and injustices. Among the images, Dorothea Lange's Migrant Mother, a human face of the Great Depression. And the terrified little boy in the Warsaw Ghetto holding up his arms facing an armed SS German soldier.

I love the prom queen's dress, but I do think he boobs were too exposed for high school. I know I"m a dinosaur, but...

Love the animals and mirrors! The silverback's reaction is predictable.

The prom dress is spectacular, although that's a bit too much cleavage for a high schooler to be displaying.

kenju & PiedType... I think Ms. McEntyre has fooled you and the gown is far less risque than it appears at first glance. Note that the skin tone on her face and that on her chest is quite different with a sharp horizontal demarcation under her necklace. I think those "boobs" are printed on fabric and the lighter skin tone is that print inserted in the V neckline of the dress. She is as primly dressed as your grandmother but more provocative!

It is a gorgeous dress but I do think that there is too much cleavage - don't agree that the boobs are some kind of print. But the photos aren't that clear.

Great collection for the rest of the articles.

Trudi: Go to the link provided above and look at the other photos. There is no inset piece of fabric! And the skin tone is more consistent. While I think the dress is gorgeous I'd rather see it on a young woman between 25 and 35! I would not have let my 18 year old daughter wear such this dress to the prom--soon to be a designer or not! :)

Bravo to Evan Young. I hope his parents realize what a wonderful, brave and special son they have. Shame on the school principle!

That it took so long for the University to award Ingeborg Rapoport her PHD is disgraceful. I'm glad an injustice was corrected, but it's shameful that it took so long (78 years) to do so. She is a beautiful woman and I am glad that she is getting the well deserved recognition at last.

Now if the only the Homophobes would end their uneducated persecution of gay and transgender people we could celebrate progress of another injustice..

Black people sun tan too, so it's not unusual for the exposed parts of their bodies (like their face and hands) to be darker that the rest of their bodies. I don't want to sound like an old fuddy-duddy even though I probably am one, but I do think the gown would have been just as beautiful if the Vee neck has stopped at the top of Kyemah's cleavage.

Way to go, Evan Young. I like your style.

You are going places.

As usual, thank you! Seeing Nick Ut's photo of Phan Thi Kim Phuc and other children again brought all the shock and horror of the first time I saw it right back. What is wrong with us, all of us all over the world?

John Oliver continues to amaze. And his foresight does, too. Like the FIFA stories, the bail story came just a few days before the headline about about Randy Howard being killed by a bounty hunter.

It was good to read about Ingeborg Rapoport's belated but well-deserved PhD and about media recognition of the Colorado high school graduate allowing for some "compensation" for the principal's wretched decision.

The stories of the thousands of immigrants being exploited by criminal money-makers and exposed to horrific suffering and often death fill our newspapers here in Italy.

And, on a lighter note, I got quite a hoot out of the headline and enjoyed the animals and the mirror video.