When I was a whippersnapper here in Oz, chickens referred to those little fluffy yellow things that were only a few days old. Later the word evolved to mean the grown-up birds as well. Of course, we don’t like to call them that; here they are universally referred to here as chooks.

So, here are a bunch of songs about chooks.

Just in case you’re interested, the way I roast a chook is thus: I juice two or three lemons and stuff the chook with the lemon skins along with 6, 8, 10 cloves of garlic (peeled or not, it doesn’t matter. I slice them in half but it’s not necessary).

About a third to half way through cooking, I pour the juice over the bird. With it, I throw in some combination of potatoes, carrots, sweet potatoes, parsnips, turnips. Whatever takes your fancy.

I also throw in a whole bunch of garlic cloves (not peeled). Mash these on the potatoes when you eat them. Yum. They are mild and gentle cooked this way (they steam in their skins) and don’t exhibit that harsh garlic burn.

Anyway, back to the music. This column started as purely jump blues in content which I know that Norma, the Assistant Musicologist, would like.

When I showed it to her she suggested some others I had completely forgotten about.These were from other genres and makes for a more varied column. Well, slightly.

I’ll start with one of the jump blues tracks, and a particular favorite of the A.M., AMOS MILBURN. 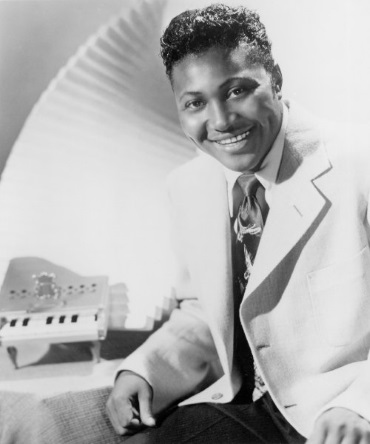 Amos is renowned for his songs about partying and booze, often with double entendres all over the place. I don't know if this one counts in that way but it fits our category today. Chicken Shack Boogie.

Here is the first of two contributions from LOUIS JORDAN. 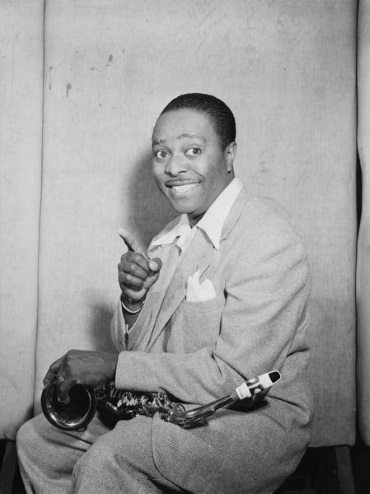 What can I say about Louis Jordan that I haven't said a dozen times before? Well, nothing really especially as he turns again at the bottom of this column. I'll just say his song is A Chicken Ain't Nothin' But A Bird, written by Emmett Wallace that's been covered by many musicians.

♫ Louis Jordan - A Chicken Ain't Nothin' But A Bird

The band LITTLE FEAT was created by Lowell George and Billy Payne when Frank Zappa kicked them both out of the Mothers of Invention. 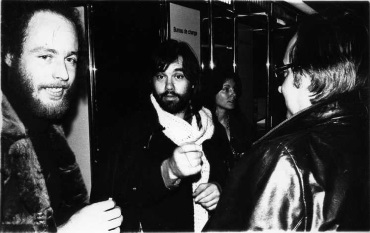 The band was only marginally successful but they were considered a "musicians' band" as they were held in high esteem by others in the business.

Quite a number of their songs have been covered by other artists, including this one. However, here is the original and best version of Dixie Chicken.

BIG MAMA THORNTON’s contribution is a song that was a hit for Howlin’ Wolf and an even bigger one for the Rolling Stones. Folks who have taken an interest in that sort of music will know immediately which song I’m talking about. 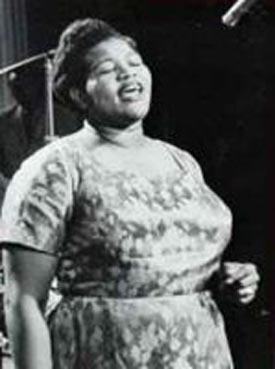 The song was written by that prolific writer of blues songs, Willie Dixon, and after Wolf recorded it, Sam Cooke had a go at it as well, closely followed by the Stones.

Many others performed it, including Big Mama Thornton. Little Red Rooster. 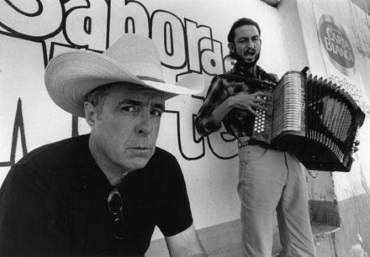 Here he is joined by his good friend IAN TYSON to perform it. 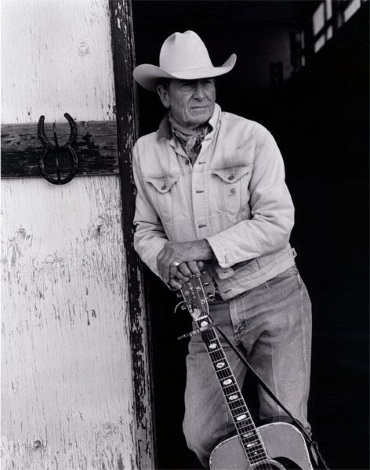 The song is about the nasty business of cock fighting and it’s a tribute to Tom that he can make such wonderful art from such a sordid enterprise. It tells of the journey of a rooster traveling north along the coast of California, fighting all the while, raising the stakes as he goes.

The song is Gallo del Cielo which in Oz parlance would be something like “Heavenly Chook” (there are probably shops called that). The backing certainly shows the huge influence Marty Robbins had on Tom.

THE DEEP RIVER BOYS started out as a gospel group but their song today is a far cry from standard gospel songs. 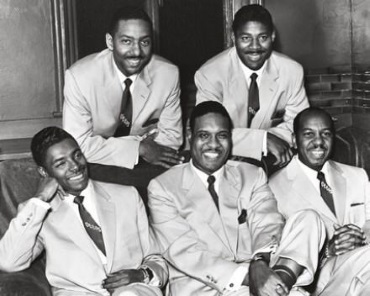 They got together at what is now Hampton University in Virginia where they won a talent contest. That led to radio and stage appearances. After the war, they toured with Bill "Bojangles" Robinson and later appeared on TV (Ed Sullivan and so on).

They were very popular in Europe and toured that continent extensively. Their song is That Chick's Too Young to Fry, a song written and recorded by Tommy Edwards. Louis Jordan and The Prisonaires also had a go at it too.

♫ The Deep River Boys - That Chicks Too Young To Fry

The CRUEL SEA is an occasional Oz rock band fronted by the charismatic Tex Perkins (calm down, A.M.) who also has his own considerable solo career. 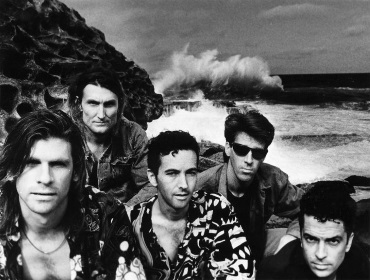 Here is the band with Momma Killed a Chicken. This was taken from an old blues song variously known as Bottle Up and Go or Borrow Love and Go. Probably other names as well.

At last, I get to include LITTLE RICHARD. Okay, I have had him before but I haven't included him as often as I'd expect. 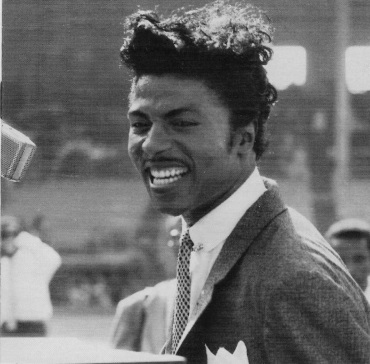 Richard is, of course, one of the half dozen most important people in the development of rock & roll. That's all that needs to be said except that his song is Chicken Little Baby. The song rather fades out at the end.

Several really fine artists made their professional debut singing with BILLY WARD AND THE DOMINOES. 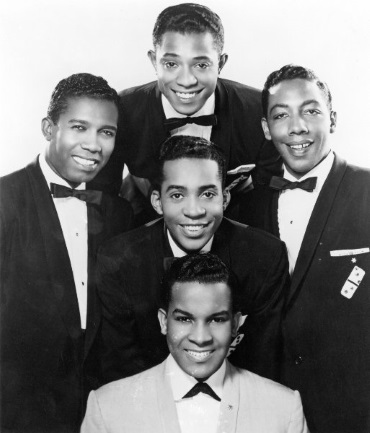 One such is Clyde McPhatter who later went on to front The Drifters and later than that had a solo career. Alas, he was a bit too fond of the bottle for his own good which led to his premature death.

Here he is way back singing lead for The Dominoes and Chicken Blues.

There are a lot more chook songs but I'll finish with someone we have already heard, LOUIS JORDAN. There are others I could have used but Louis is the chicken man so I think he deserves a couple of tracks. The A.M. certainly agrees with that. 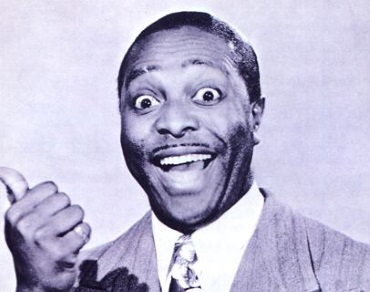 Louis performs one of his most famous songs, Ain't Nobody Here But Us Chickens.

♫ Louis Jordan - Ain't Nobody Here But Us Chickens

Do you call it Garlic Lemon Garlic Chicken? lol

Good column. I may go over to iTunes and buy Dixie Chicken. Thanks.

I haven't really thought of what to call it, it's usually just roast chicken. I'll have to think of an interesting name.

Your name for it is better than anything I could dream up. From now on it'll be the GLG Chicken.

Enjoyed this week's list a lot. Thank you. Thanks too for the recipe. BTW - When I saw the title I expected to see Eve Boswell's Pickin' a chicken - the first line of which has 'Come to the BBQ ...' When it came out in the 50s I had no idea what a BBQ was. Never such a problem in Oz, I guess.

great collection of songs. i am having a problem with songs cutting off midway and starting over repeatedly; is anyone else having that problem? it happens on different computers, so i don't know the source of the problem.

Having done extensive research on Billy Ward and the Dominoes it should be noted that "Chicken Blues" was released in December of 1950 and featured Bill Brown on lead. The flip side of the record did in fact feature Clyde McPhatter singing "Do Something For Me", a ballad, which was the first time the listening public ever heard his voice. Clyde left the group in early 1953 and was replaced by a relative unknown Jackie Wilson.

Your accompanying photo is a photo of the group from early 1957 or so when their lead singer was Gene Mumford who is shown on the far right. Gene is the fellow who sang lead on both "Stardust" and "Deep Purple" which I'm sure you remember.

You're right Alan, on very careful reading of the booklet that came with the CD it tells me that Clyde did sing on Chicken Blues, but it was Bill who sang lead.

What fun! I have an overwhelming urge to fry up some poultry for dinner! Thanks Peter and Norma!