There have long been pendants for elders to wear around our necks to make it one-touch easy to call for help in an emergency. Now there are at least two companies making these devices more stylish.

Lively has been selling its Apple watch lookalike alert system since January.

It seems fairly pricey to me ranging from $34.95 to $27.95 per month depending on the length of contract you choose. Me? I don't sign up for anything for longer than a year now since from here on out, every year is a gift.

You can read more about it at the Lively website.

Unaliwear's Kanega watch it still in development. The website explains that in addition to emergency assistance, it includes medication alerts, fall detection, guide-me-home instructions and can be voice activated. 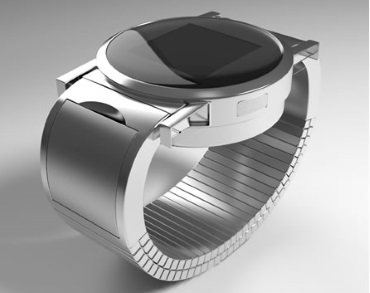 This one has been funded with a Kickstarter campaign (now closed) and will cost $299 with a $30 per month fee.

You can read more about both these systems in a recent Time magazine story.

John Oliver's video essays on his HBO program, Last Week Tonight, flow so smoothly, intelligently and with such great humor that it is tempting to think they must fall together with great ease.

Take it from me, someone who produced hundreds of television shows and segments of various kinds over many years, none are easy and few are as excellent as these. There is a reason it takes a week to produce each one.

Here is the latest fantastically good work from Oliver and his crew about transgender rights.


WHAT DID YOU DO WITH YOUR LEAP SECOND?

Last Monday, you and I and everyone else on Earth got his/her life extended by one second. Huh? you might ask. Here's an expanation from timeanddate.com.

”Every now and then a leap second is added to Coordinated Universal Time (UTC) in order to synchronize atomic clocks with the Earth's ever slowing rotation.

“Before the first leap second was added in 1972, UTC was 10 seconds behind Atomic Time. So far, a total of 26 leap seconds have been added. This means that the Earth has slowed down an additional 26 seconds compared to atomic time since then.

“However, this does NOT mean that the days are 25 seconds longer nowadays. The only difference is that the days a leap second was added had 86,401 seconds instead of the usual 86,400 seconds.”

It's a nightclub magic act in France. Its from our blog friend, Darlene Costner, and it's charming. It takes a minute to get going but I promise, it's worth it.

Is there any better food smell that bacon? I'm a whole lot like that dog in the bacon pet food commercial - “bacon, bacon, bacon.” Now, however, it has been years since I've eaten any - for all the reasons in this short video.

But I sure do miss it.

This is a wonderful story of a cat who saved a train company. She died at age 16 a couple of weeks ago and is mourned throughout Japan. Thank doctafil of Jive Chalkin' for this.

This is about the 10,000th piece I've seen “proving” that nature is better for you than – what? Non-nature, I guess.

This latest divided a small group of people in two – half walked in nature for 90 minutes, the other half in a city.

I don't buy it. Never have. I have always found that walking, walking, walking in a big city, New York in my case, is exciting, stimulating, thought- and idea-provoking, energizing and load of good fun.

Nothing wrong with a nature walk now and then, but for me (and I don't believe I am the only person in the world), it's big, loud, exciting cities that get my mind going and make me feel good.

You can read more about this study here.

As you probably know, after Brian Williams' fall from grace, Lester Holt took over NBC Nightly News and then, recently, he was named permanent anchor of the program.

A week or so later, a young news reader at WMAQ TV in Chicago was subbing for the regular newsman at that station when it came time for him to “throw” to the national news desk in New York. That young news guy is named Stefan Holt and take a look at what happened.

Amazing footage of - well, an eagle's eye view of an eagle's flight from atop the world's tallest building, the Burj Khalifa, in Dubai. We can thank Darlene Costner for bringing it to us.

You can view the full five-minute flight here.

I adored Tama in Japan and wondered how the raptor stayed aloft over Dubai. I saw no wing motion till landing! Help, anyone?

Love those watches. If the time ever comes, I'd definitely prefer one of those to a pendant, particularly with their multifunctionality.

As for the walks, I'll take nature every time. Away from the stresses and reminders of the city, into someplace fresh and untainted and completely different.

I see a definite advantage to the smart watch over the pendant. Not only is it more attractive, but it can't accidentally be activated. I have had several mishaps with my pendant.

The monthly fee for the watches is competitive with alarm systems on the market now. I pay $28.95 per month for Alarm 1.

Oh, if only everyone would watch John Oliver. He is so clever at getting at the heart of a problem. To me, John Oliver is a teacher as well as a comedian.

I won't get the first edition, but I am seriously thinking about an iWatch. I love the idea of wearing the technology and not having to carry it in my pocket or purse.

Although a fan of Lester Holt, I sure miss Brian Williams. And his ties.

You're absolutely right, Ronni, John Oliver is amazing. And this one on transgender is one of his best!

Tamar,
The way I understand it, birds stay aloft like that by riding hot air up-drafts, which are apparently numerous in that heat and in cities with many tall buildings.

Re eagles: Eagles and also vultures do glide with almost no effort. It has to do with the size and shape of their wings and the altitude at which they are flying rather than with hot air.

I often see eagles soaring high overhead on my nature walks. I also have spectacular views of Mount Rainier, the Olympic Mountains and Lake Washington. Those are reasons I love nature walks and never walk around downtown Seattle.

Finally, I agree John Oliver does such an outstanding job on an issue which is challenging and not at all well understood despite all the recent publicity.

We love walking from one end of Ste. Catherine Street to the Jacques Cartier Bridge.

It's all about the people, the stores, the overheard conversations, the diverse population, the oddballs.

Right now Montreal is on fire with the Jazz fest and after that comes the Comedy fest.

Today the Carifesta parade was on downtown.

Montreal in summer is a non stop rocking footloose city.

Put on your walking/dancing shoes and get your butts to Montreal.

Montreal has got you covered.

I decided NOT to watch that video on bacon because I didn't want any more reasons not to eat it. One perk of being past 80 for me is that I've passed my sell-by date by many years and I am not at all interested in living any longer. Sadly, maybe, I also blew any chances of being a healthy person years ago. And yet, here I am, still alive. So for breakfast this morning I had a bacon sandwich with six---count 'em, six---slices of oven-baked bacon. And it was lovely. I do not miss all the extra years I would have lived had I not eaten that bacon this morning. Fuck those years! Anything I can do to hasten the end is fine with me. Enough is enough.

Ditto on walking in the City.

Some years ago, I had an appointment on 95th and Fifth, across from the Park.

it was one of those gorgeous, dry, sunny,
New
York days, when the city looks as clean and shiny as a newly-minted silver coin, so I decided to walk a few blocks before cabbing downtown to 45th and Third, where I planned to have lunch at my favorite Irish pub.

I walked, and walked, and then I walked some more; before I knew it, I was eating shepherd's pie, and talking to Paddy the Bartender.

After lunch, I walked cross-town to Penn Station, for my commute home.

It was the natural thing to do.

Emmajay - enjoy all the bacon-bacon you desire - your viewpoints with colorful, thought-provoking comments, are as enjoyable and comforting as my morning coffee and oatmeal....

So now we have a name for our next cat - Tama.